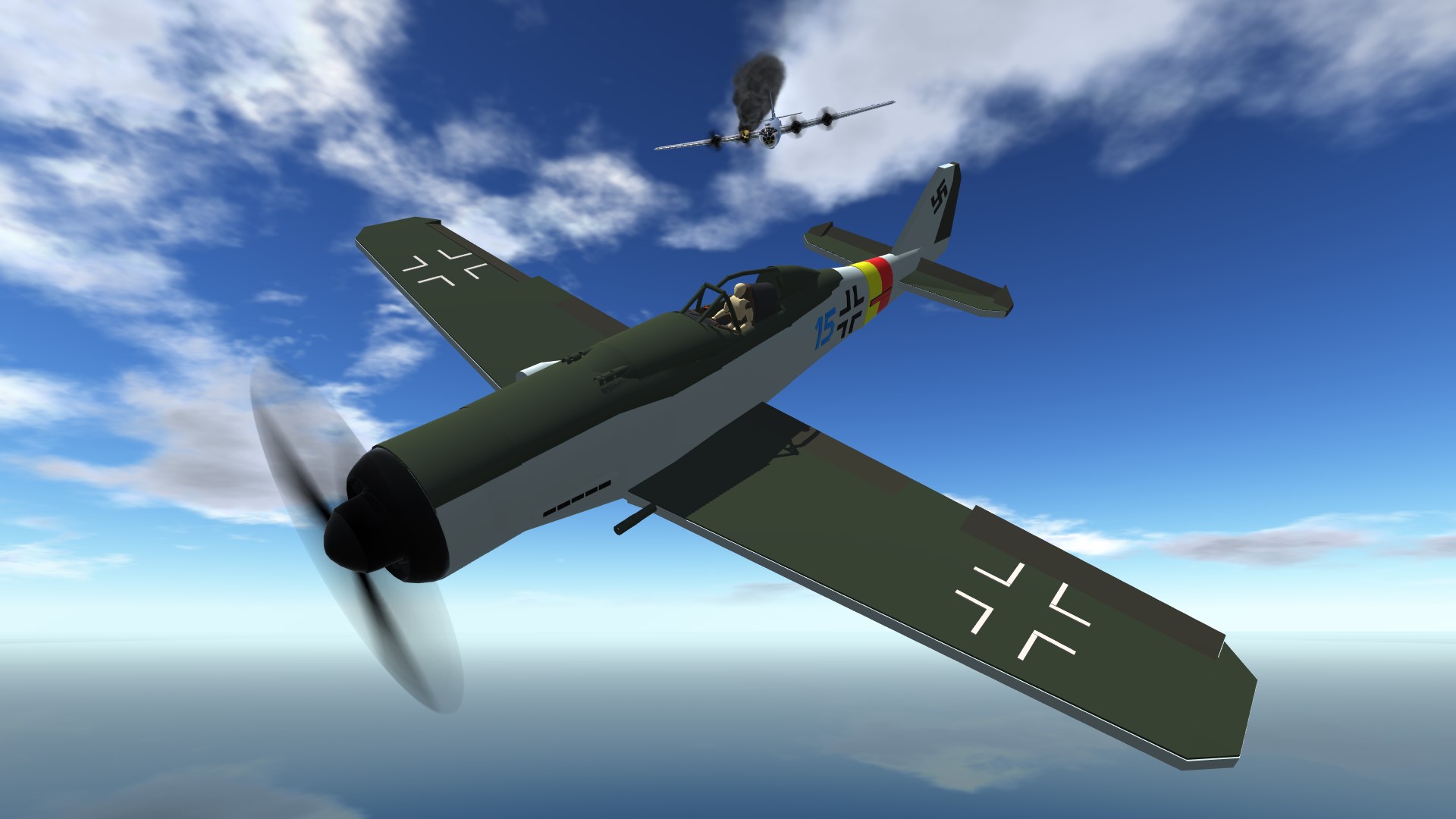 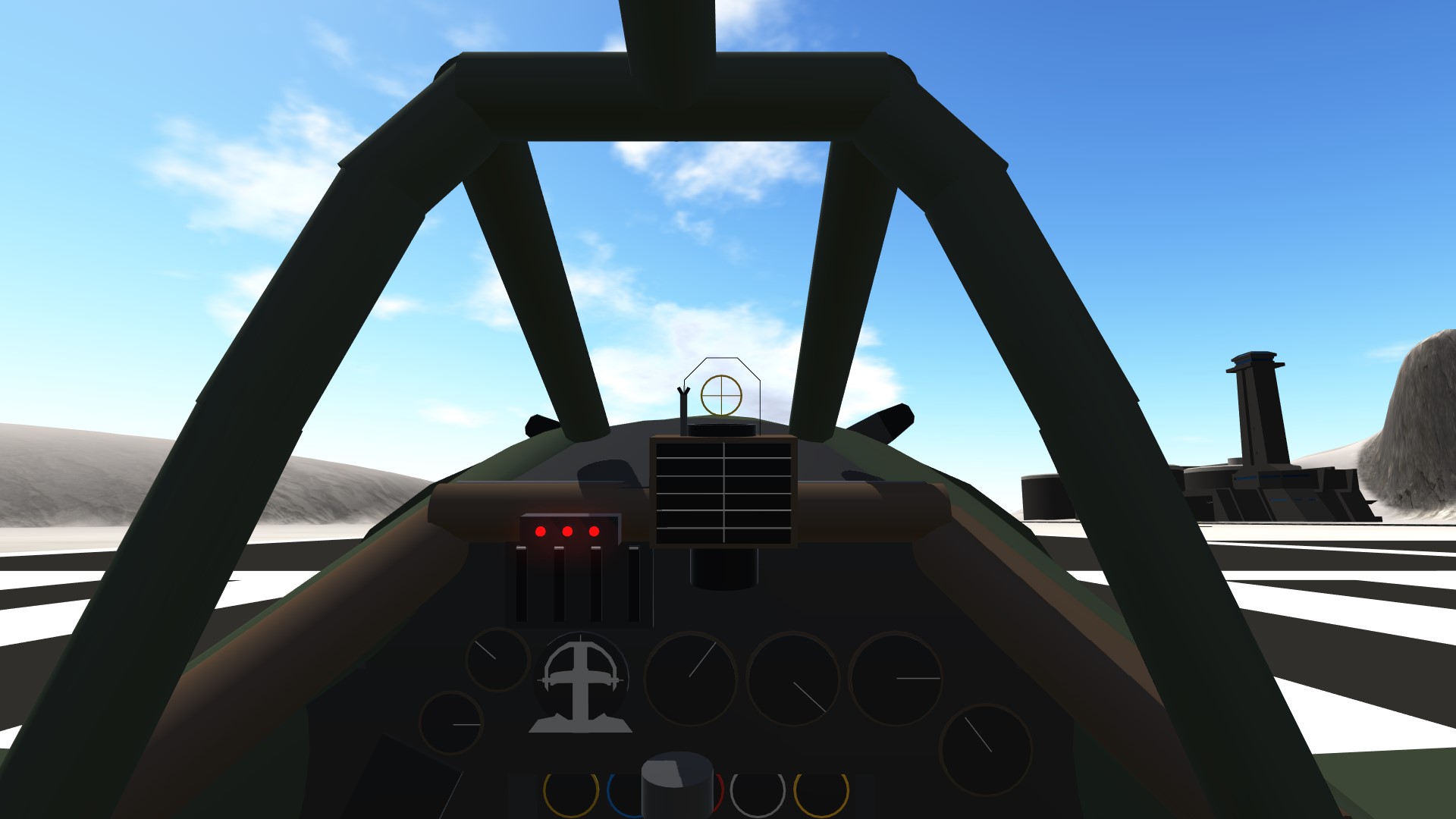 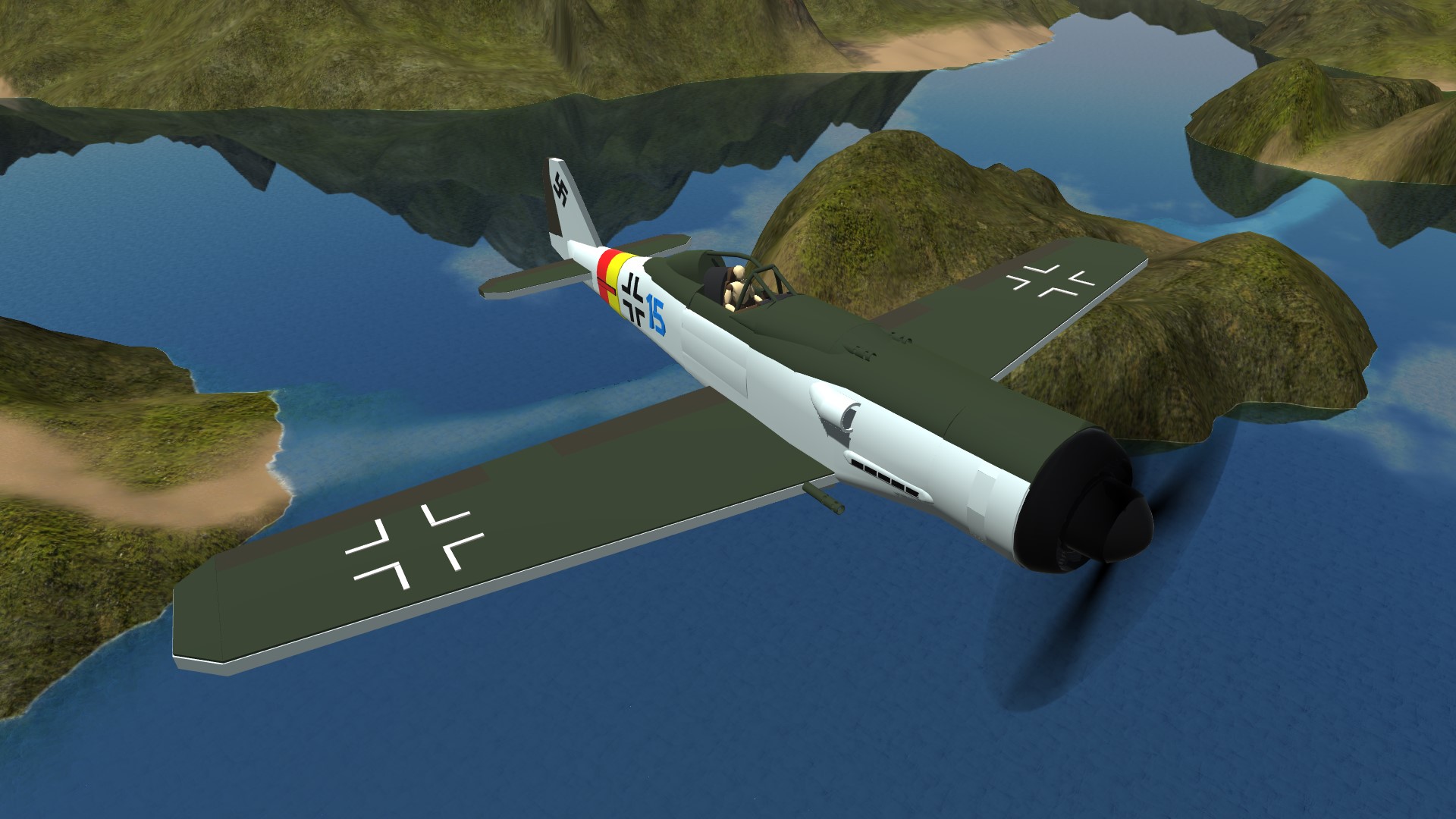 Notes:
Camera 1 is the recommended way to fly the plane. It lines up with the main gunsight and has a shock attached to it which provides motion to make flying more immersive. Inspiration for the shock system comes from YourWife's Origin M50 although this one is much simpler.
The sight moves up and down along with the movement of the plane. Credit to X4JB and his Moving Crosshair for the idea.
The ammo counter is accurate at first but loses calibration quite fast. To recalibrate just wait until the counter goes all the way back up before shooting again.
There is a 10 second delay between when you are able to fire your guns once the ammo counters run out to encourage its use.

The Focke-Wulf Fw 190 Würger (English: Shrike) is a German single-seat, single-engine fighter aircraft designed by Kurt Tank in the late 1930s and widely used during World War II. Along with its well-known counterpart, the Messerschmitt Bf 109, the Fw 190 became the backbone of the Luftwaffe's Jagdwaffe (Fighter Force). The twin-row BMW 801 radial engine that powered most operational versions enabled the Fw 190 to lift larger loads than the Bf 109, allowing its use as a day fighter, fighter-bomber, ground-attack aircraft and, to a lesser degree, night fighter. The Fw 190A started flying operationally over France in August 1941, and quickly proved superior in all but turn radius to the Royal Air Force's main front-line fighter, the Spitfire Mk. V, particularly at low and medium altitudes. The 190 maintained superiority over Allied fighters until the introduction of the improved Spitfire Mk. IX. In November/December 1942, the Fw 190 made its air combat debut on the Eastern Front, finding much success in fighter wings and specialised ground attack units called Schlachtgeschwader (Battle Wings or Strike Wings) from October 1943 onwards. The Fw 190A series' performance decreased at high altitudes (usually 6,000 m (20,000 ft) and above), which reduced its effectiveness as a high-altitude interceptor. From the Fw 190's inception, there had been ongoing efforts to address this with a turbosupercharged BMW 801 in the B model, the much longer-nosed C model with efforts to also turbocharge its chosen Daimler-Benz DB 603 inverted V12 powerplant, and the similarly long-nosed D model with the Junkers Jumo 213. Problems with the turbocharger installations on the -B and -C subtypes meant only the D model entered service, in September 1944. While these "long nose" versions gave the Germans parity with Allied opponents, they arrived too late to affect the outcome of the war. The Fw 190 was well-liked by its pilots. 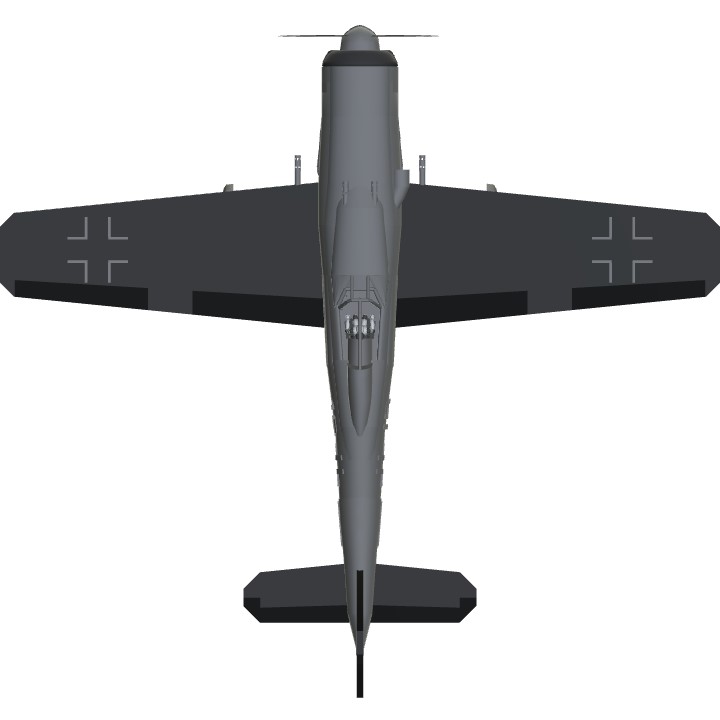 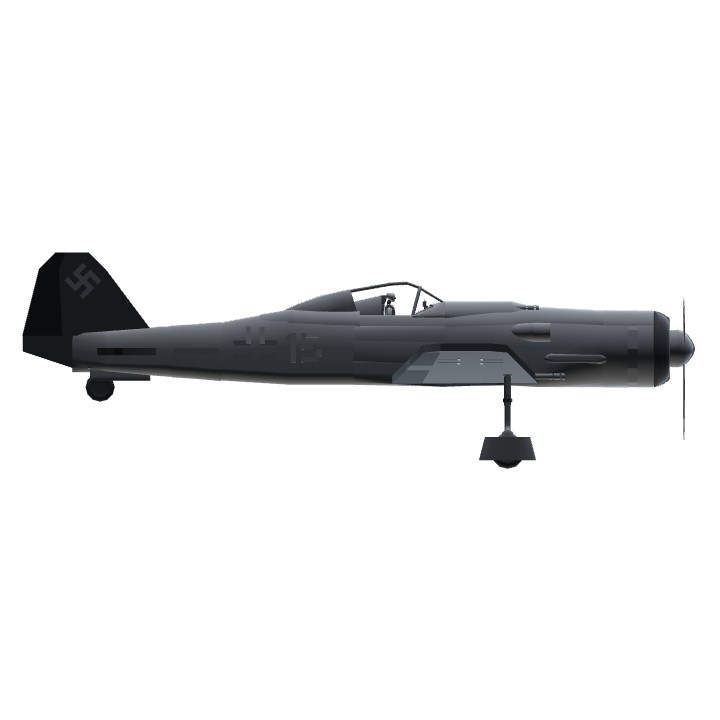 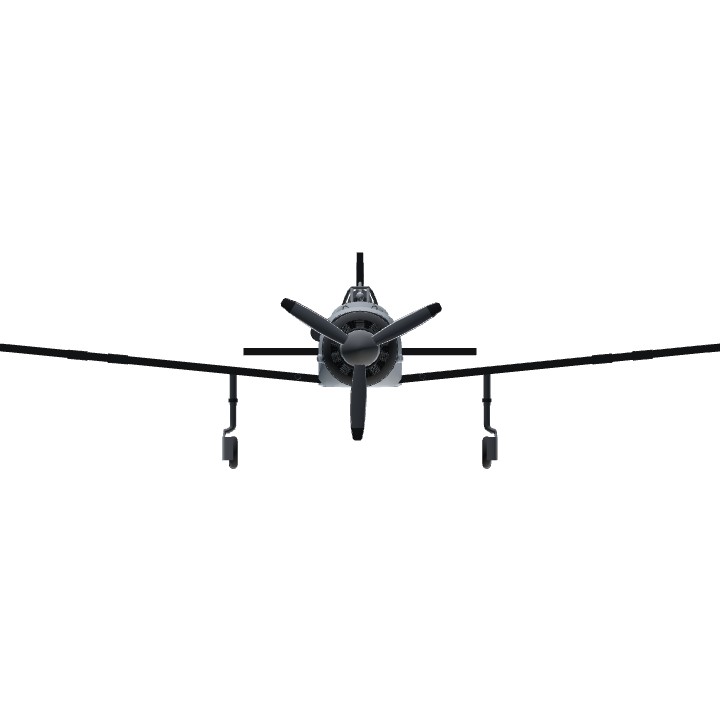