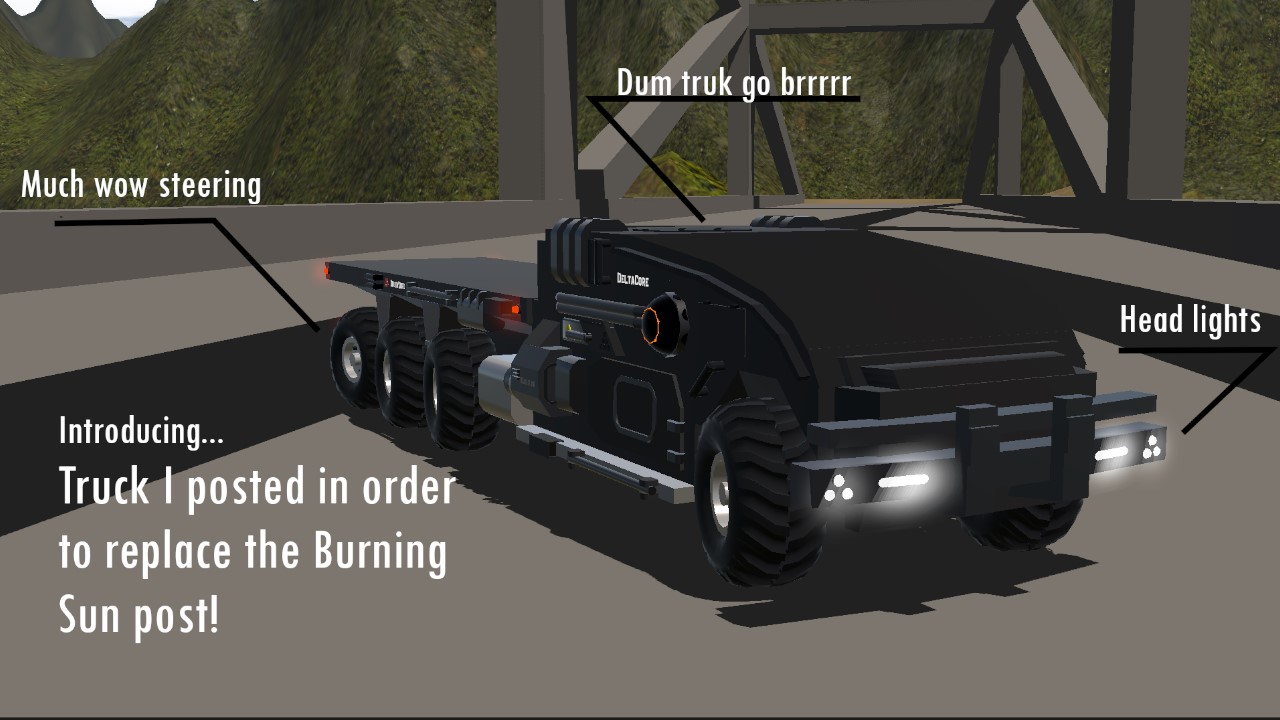 I felt like shish when I put up the Burning Sun, mainly because it was so similar to the original build that it felt like I went Ctrl+C, Ctrl+V. So instead I posted this piece of shish to replace it. yay i guess. Oh yeah, extra speed can be achieved by hitting Group 7...

In all reality, I wanna commit not alive because I feel the bar is so high ever since I posted the DeltaCore MG that it feels like everything else is bad. I worked on the Drone 23 for maybe a month, and the DeltaCore for a week, and the Machine gun did far better (understandable). However, Drone 23 is actually closer to my real skill level. I just happened to build an awesome turret, I've worked on a couple other things, but they are so heavily based on other people's stuff that the comment section is gonna be filled with "Stolen".

Oh well, I should probably shut my trap and let you either download this, or call it shit.

*Also there's this horrible screeching noise when its on pavement and I couldn't figure out why. 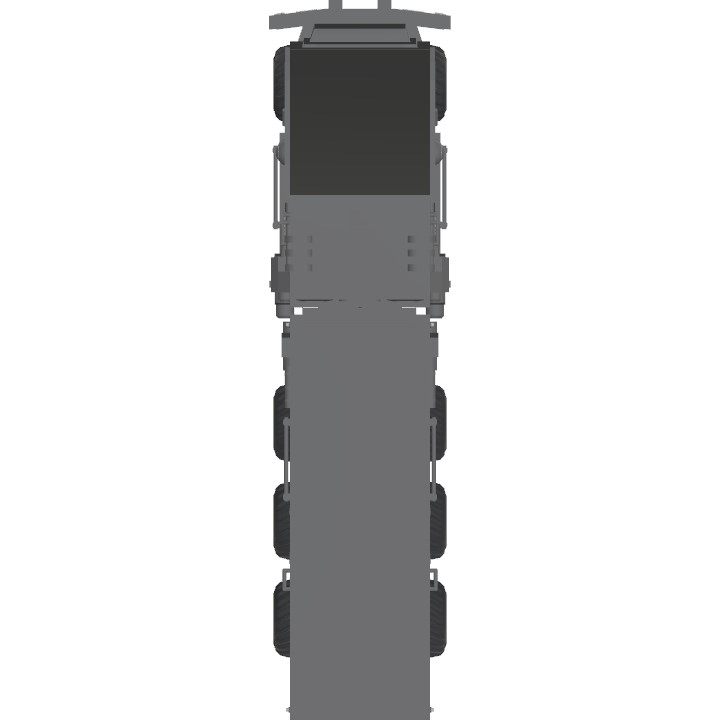 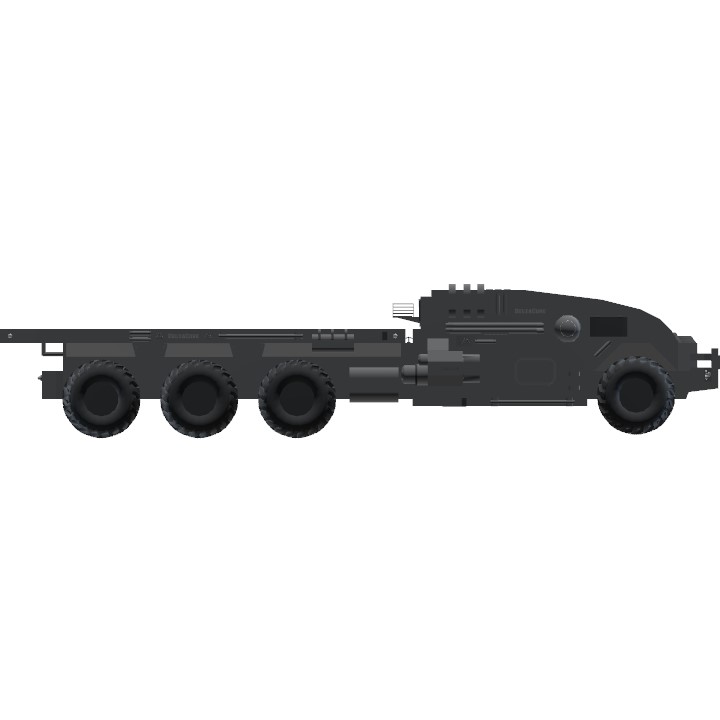