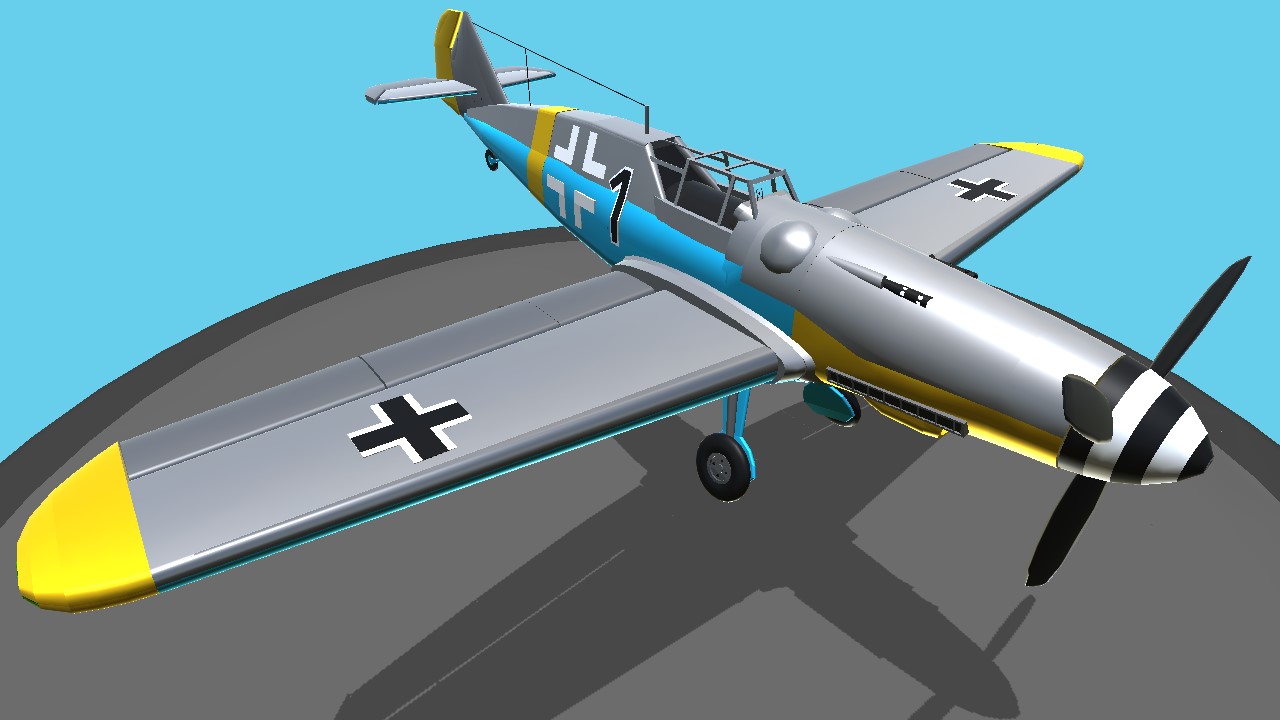 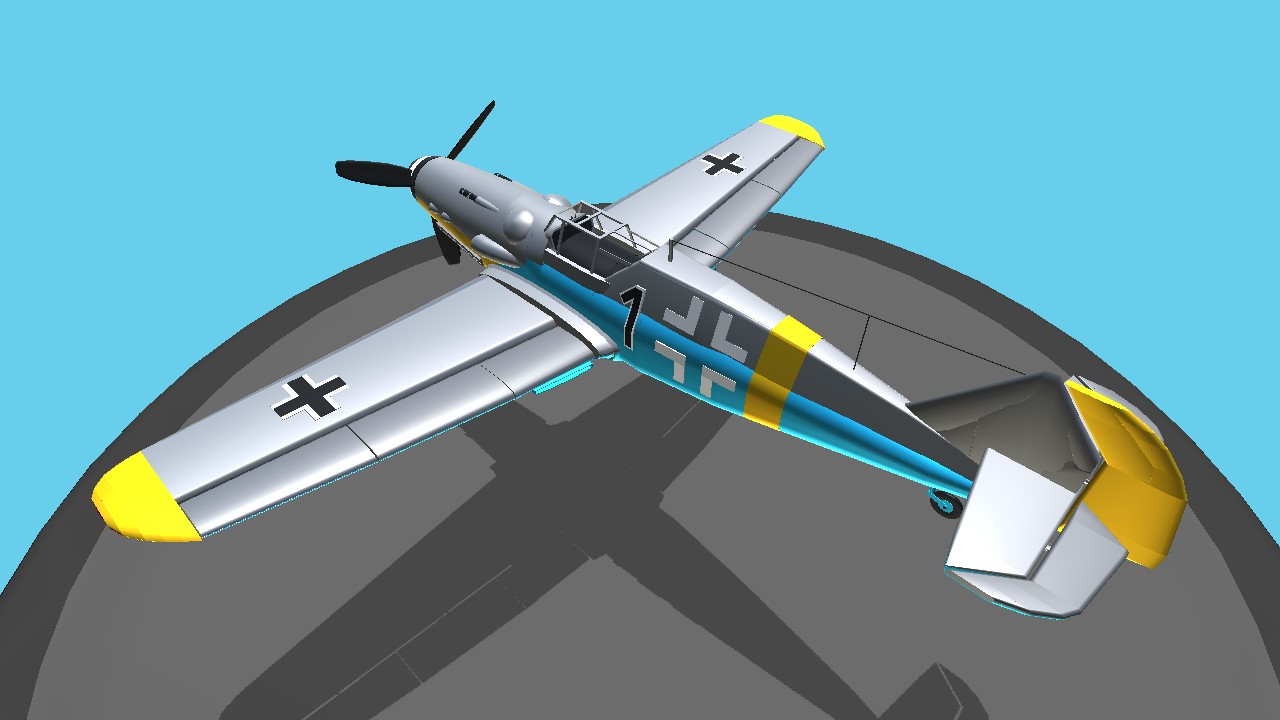 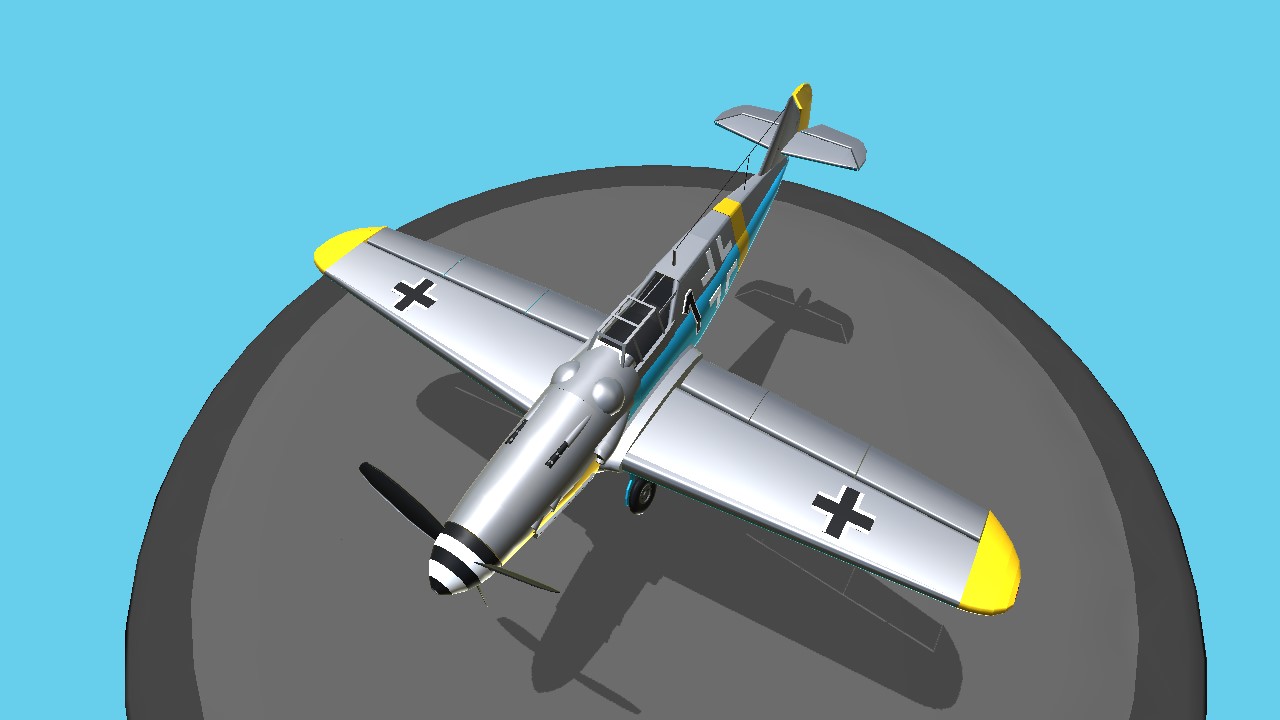 Credits:
~Thealban, some sub assemblies
~suzutuki65, pretty much freaking stole their paneling style. (i’m so sorry)
~BogdanX, Suffering and flying crappy early versions, feedback.
~F104Deathtrap, making sure my plane doesn’t fly like butter.
~Blue0Bull, Telling me plane is fugly. (He’s not wrong)
~EternalDarkness, Also making sure plane is not butter.
~Dllama4 , Letting me use his discord server to advertise aggressively and not banning me.

I have committed another sin. I have made a plane that has been posted far too many times by many users, and I uploaded it. But I wanted to make one. Because as my final gold build, I think I should choose which one I want to make. so yeah. I did. It’s not completely accurate but it still looks good, so here it is. And, If I ever choose to improve this one day, i’m gonna make the post unlisted for… reasons. Anyways, enjoy the plane, and happy flying!

The Messerschmitt Bf 109 is a German World War II fighter aircraft that was the backbone of the Luftwaffe's fighter force. The Bf 109 first saw operational service in 1937 during the Spanish Civil War and was still in service at the dawn of the jet age at the end of World War II in 1945. It was one of the most advanced fighters of the era, including such features as all-metal monocoque construction, a closed canopy, and retractable landing gear. It was powered by a liquid-cooled, inverted-V12 aero engine. From the end of 1941, the Bf 109 was steadily being supplemented by the Focke-Wulf Fw 190. It was commonly called the Me 109, most often by Allied aircrew and even among the German aces themselves, even though this was not the official German designation.

Have fun, and happy flying!! 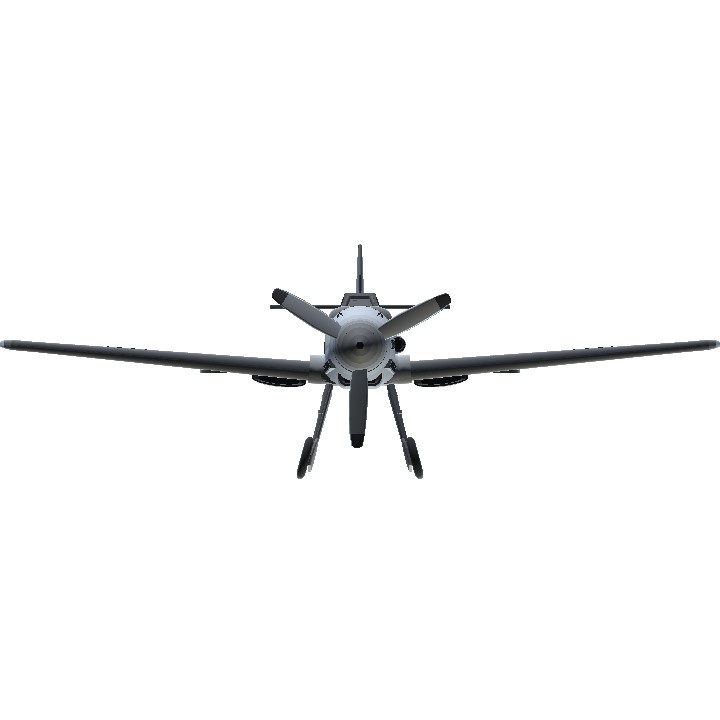