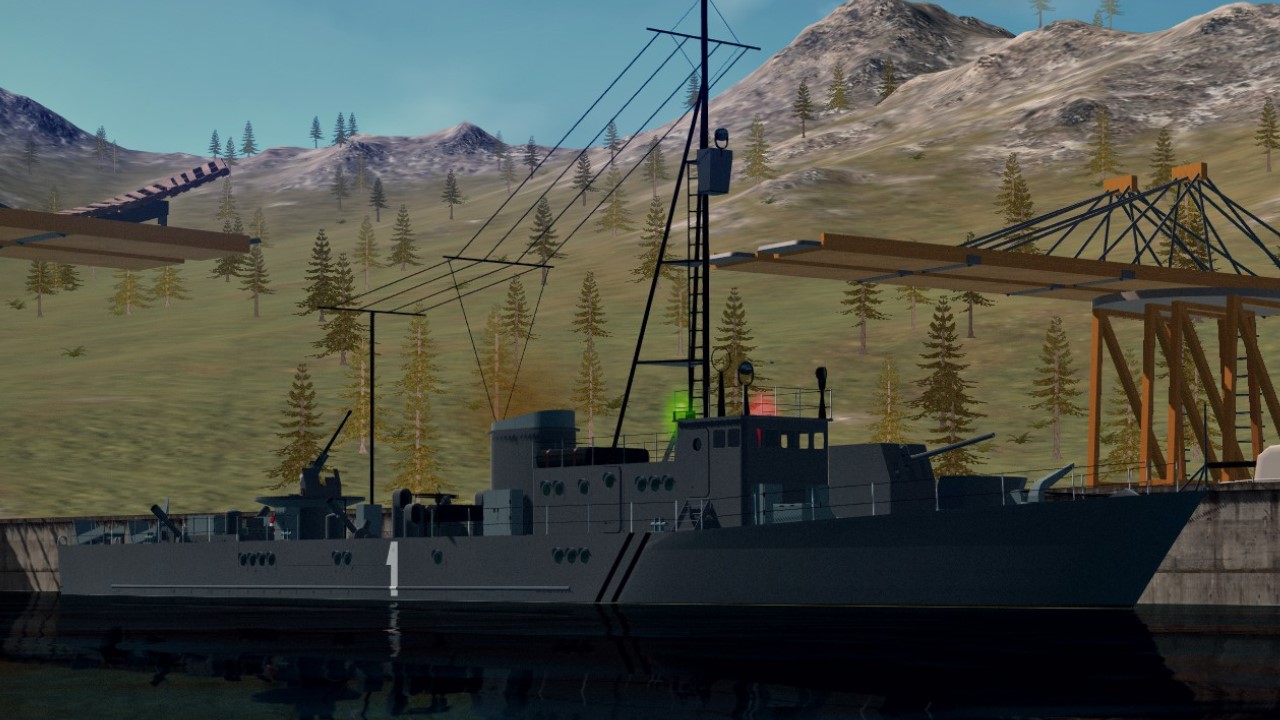 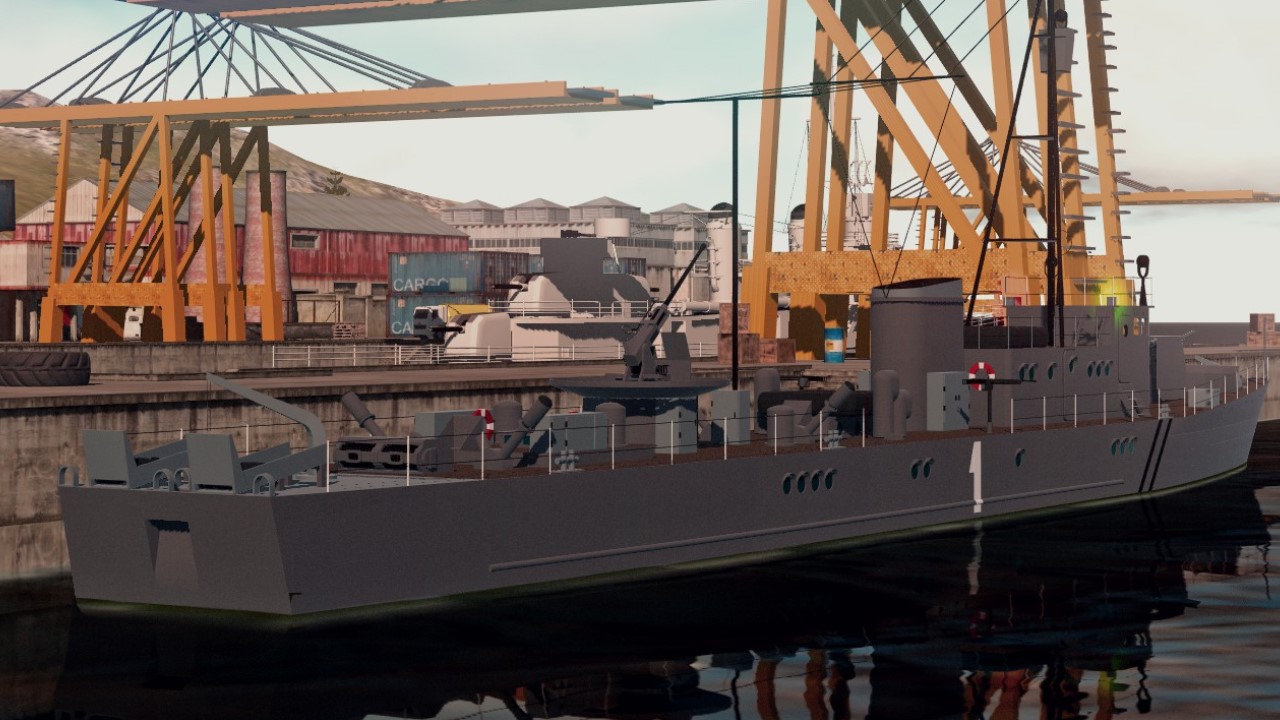 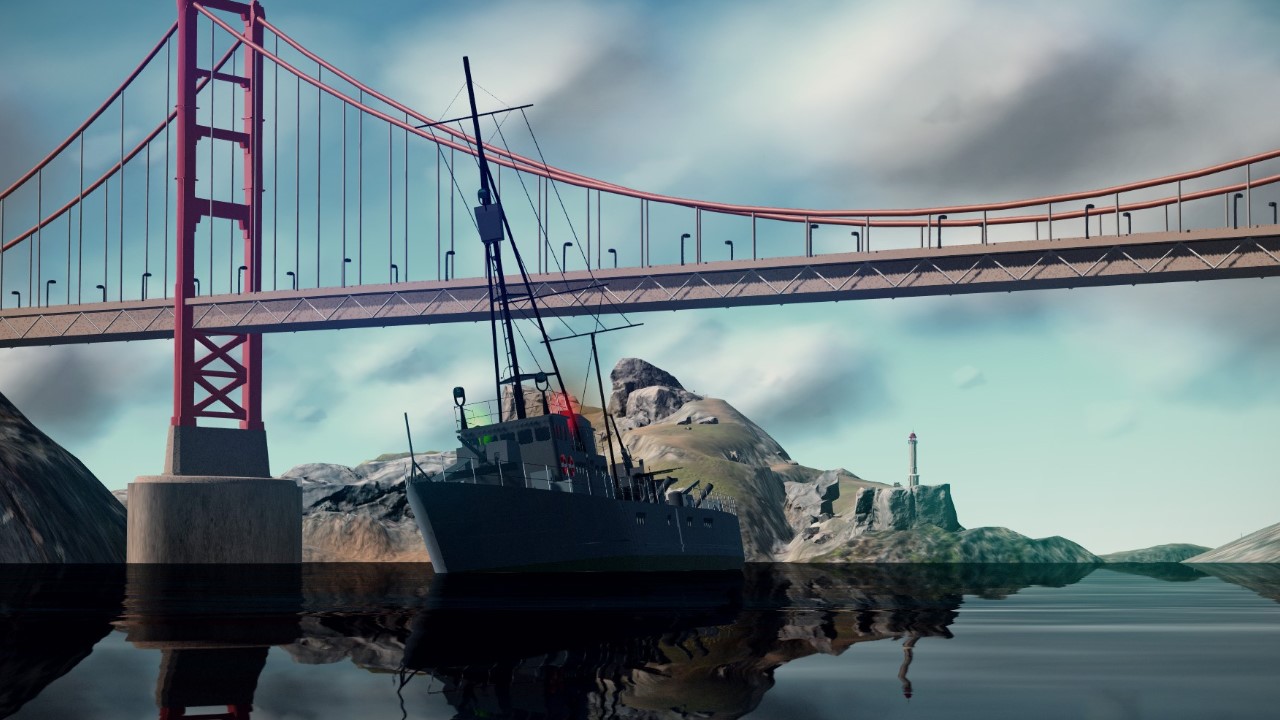 Corsair class is a class of 146 Project 92, 92B, and 92bis gunboats built for the M.Corp Navy from 1939 to 1944. They featured a wide variety of armament, layout being customized to suit different roles. Twenty of these vessels were exported to the navy of New Zealand and were used in support of a number of amphibious operations in the Pacific theater.

Corsair class gunboats were originally designed to provide escort to torpedo boats and to protect the coastal areas from submarines. As such, they are built for speed, with three powerful V-12 engines allowing these vessels to reach speed of up to 25 knots (47km/h).

Being built for speed, armor is only present in vital areas, around ammunition storages, around engines and around the wheelhouse. Armament originally consisted of one 76mm cannon on the bow, one 40mm Bofors cannon on the tower, two 12.7mm machine guns, and two depth charge racks. Over the course of the war, armament was modified to fit various tasks. Some were equipped with an 85mm high velocity cannon, which became a standard feature on Project 92bis, some were fitted with multiple rocket launchers to better support amphibious operations, and some were even equipped with tubes for lightweight aerial torpedoes, effectively turning them into large torpedo boats. Other armament occasionally seen on these vessels included Hedgehog depth charge launchers, twin 12.7mm mounts, 20mm Oerlikon guns in single or twin mounts, and even early ATGMs on four hulls after the war.

Corsair class gunboats served in every naval theatre of the Second World War. With M.Corp navy, they served in the Mediterranean and eastern Atlantic, and with New Zealand navy they served in the Pacific. They saw prominent use during the Guadalcanal campaign, supporting various raiding parties and amphibious assaults, as well as hunting for Japanese submarines. They have been credited with destruction of over a dozen Japanese small gunboats and a few flying boat bombers, but have only destroyed one midget submarine. They were also used in the Philippines campaign to a great success, though two were lost there to Japanese aircraft and one foundered in a storm.

In M.Corp service, Corsair boats were used as escorts for coastal convoys, as well as coastal defence anti-submarine vessels and for defending harbors from German S-boats. Eighteen were lost during the war, mostly to Stuka dive bombers while in harbor. They continued to serve- with M.Corp Navy well into the 1950s, with ten being handed over to the coast guard in 1958 to serve until 1968 as fast patrol vessels.

This boat is based on a number of boats from the Second World War. Main inspiration for it is MPK pr. 122, though there are elements from a few other boats, as well as my personal touches. The build contains wheelhouse interior, as well as a number of detailed weapons and functioning depth charges. Performance is based on MPK pr. 122, though slightly enhanced due to 'lighter construction and more powerful engines'.

FOR MOBILE USERS, PLEASE USE THIS VERSION BECAUSE CERTAIN INPUTS DON'T WORK ON MOBILE 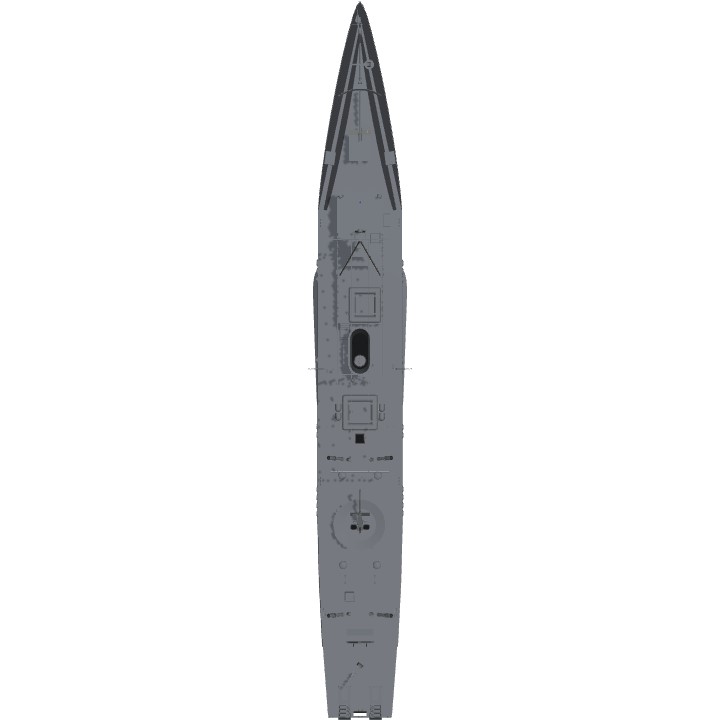 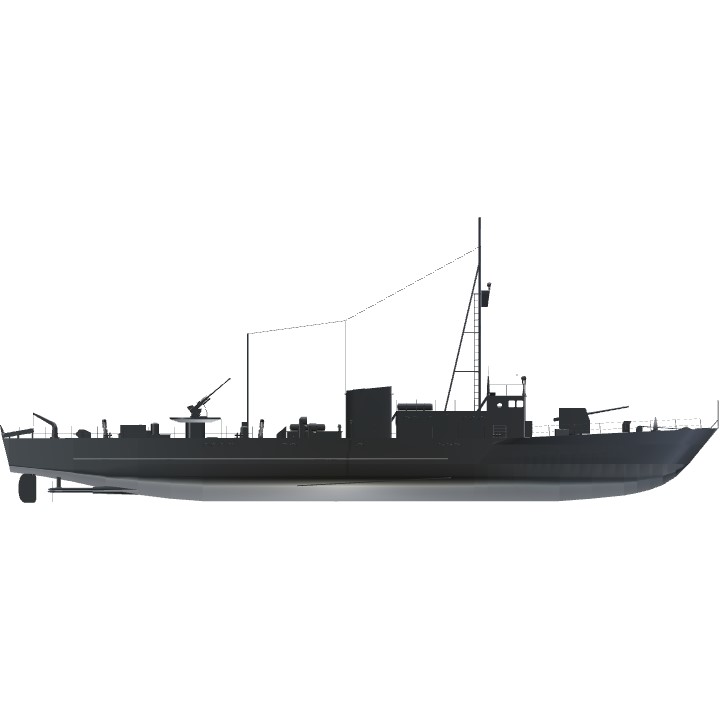 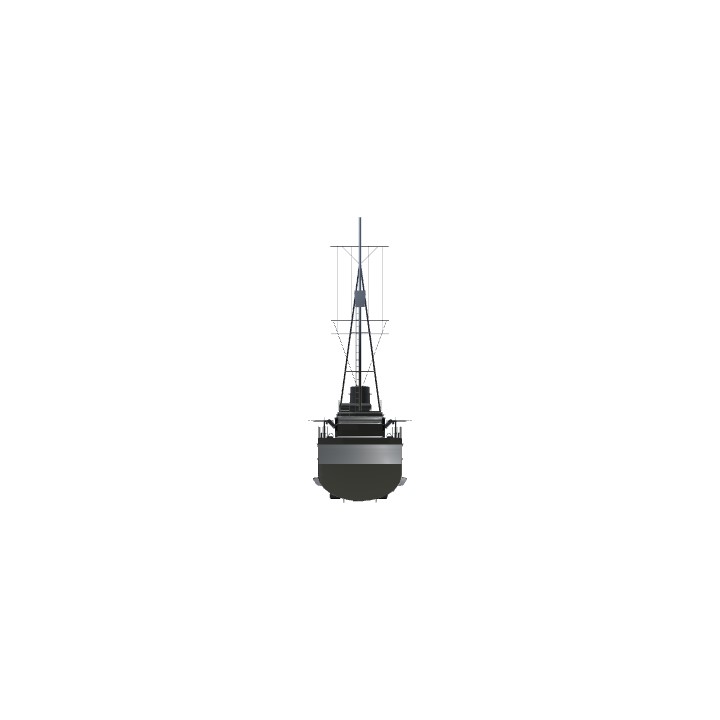