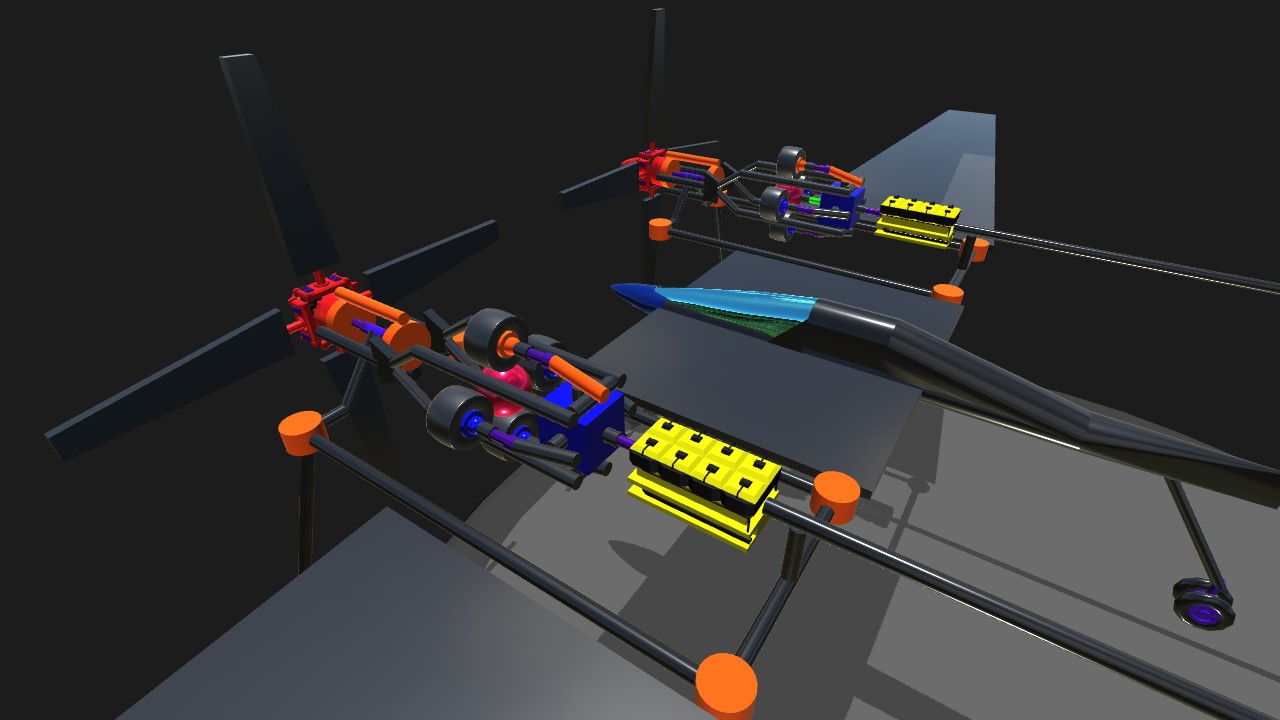 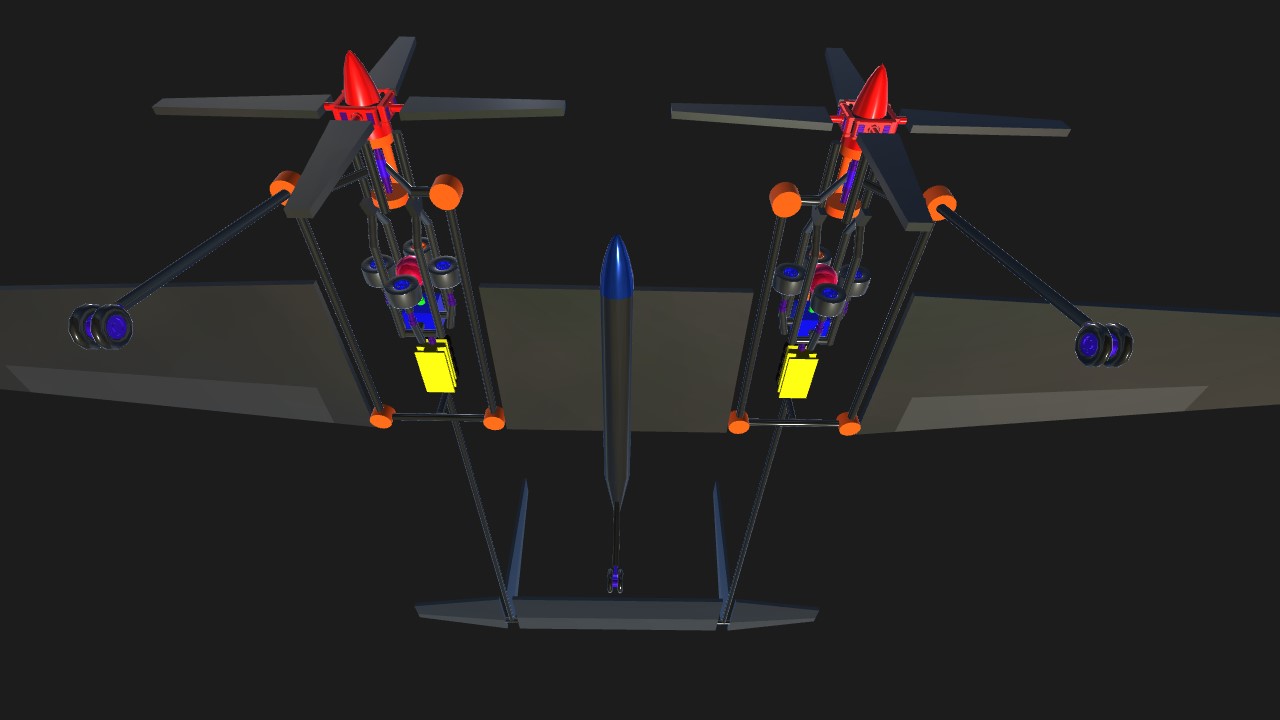 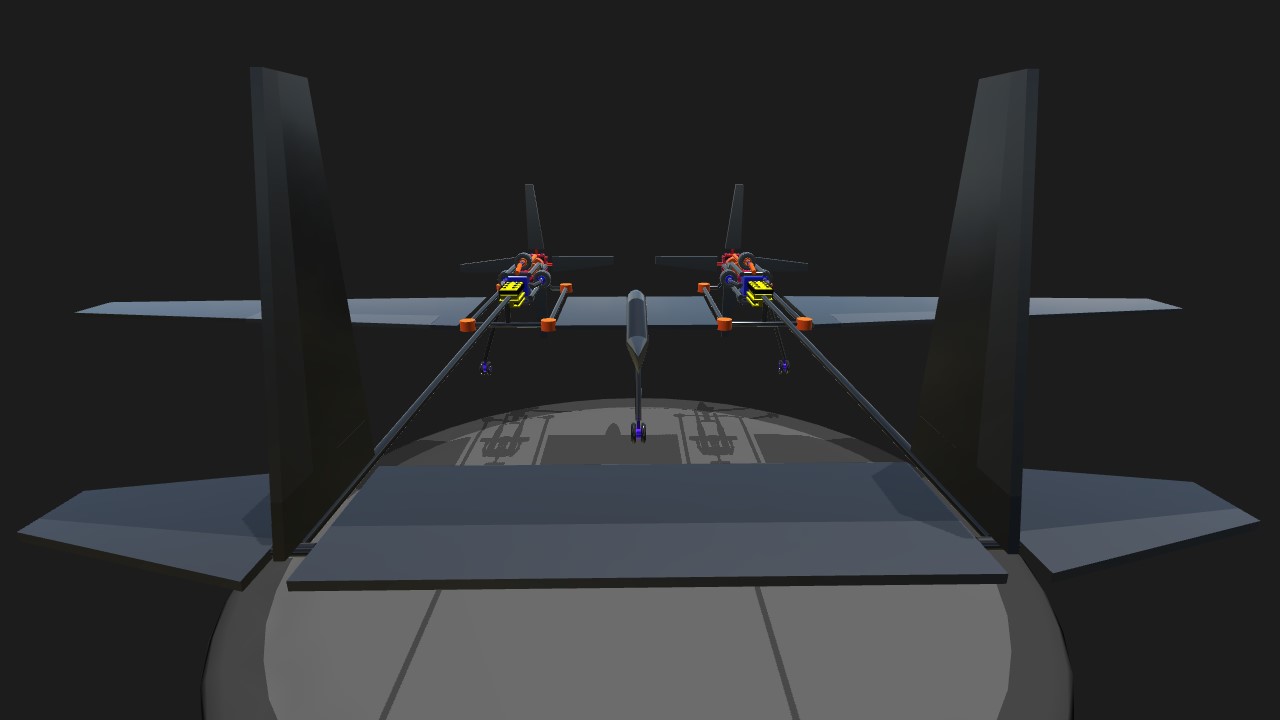 So I was playing around with SimplePlanes on my PC, trying to see if I could make an engine output without a mod, and I made a weird discovery. If you use a sphere and put 4 wheels around it, You can make a car engine output its rotation. Here for the stand alone engine.

This plane works best with the limitless spin mod here.
It will take off at about 25 miles per hour and has a flight ceiling of about 1100 feet. To take off, throttle up then VTOL halfway down (VTOL almost all the way down if you don't have the limitless spin mod). Once you do that trim down. Then when the plane gets to 25 mph, pull up a little (to about the first notch above the horizon line) then watch it take off. To climb keep the pitch at that first notch (if you don't want to keep pitching you can increase the size of the elevators). I recommend taking off at wright or avalanche airport for more lift. Maywar is also very good though very bumpy.

Instructions: To build one, you will need 4 tires and 1 sphere ( or vice versa, I will upload a build using that method later) size 1. Set the friction on the sphere to the highest setting, and do the same for the traction on the tires. Then mount them all on free spinning small rototators. Then, using structural components (such as the ones in this plane) assemble them into a 3x3 unit cross shape with the sphere at the center so that the tires barely touch the sphere. Place the center of this assembly on a free spinning rotator and attach it to a base that does not interfere with the rotation. The mechanism will need some clearance to spin properly. Then connect the wheels to any gas powered car engine and you will have a basic engine output mechanism.

For another example, here is an additional plane that builds on the basic principles of this concept. And here is special a four engine version.

To effectively transfer the rotation you will need a bearing and connection assembly like the one on this plane. Please refer to the connections on this plane for inspiration on one. 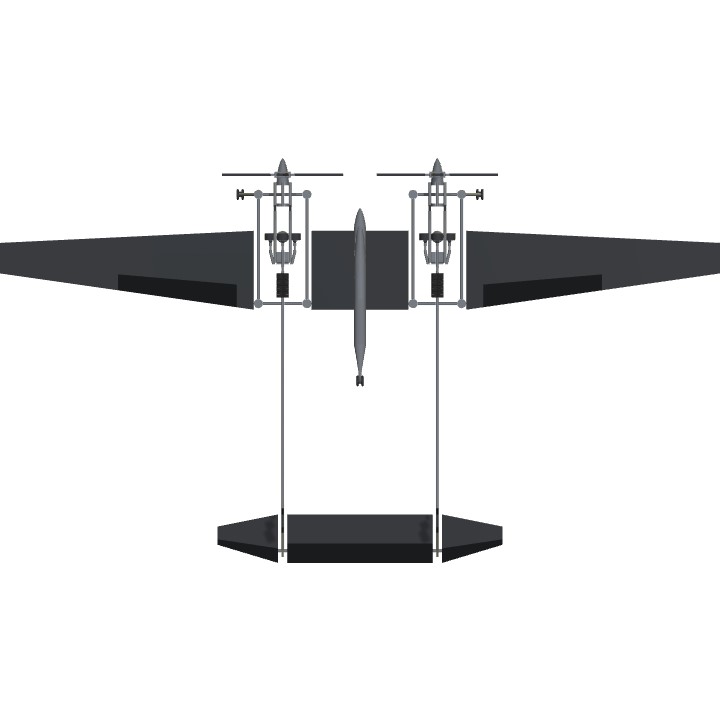 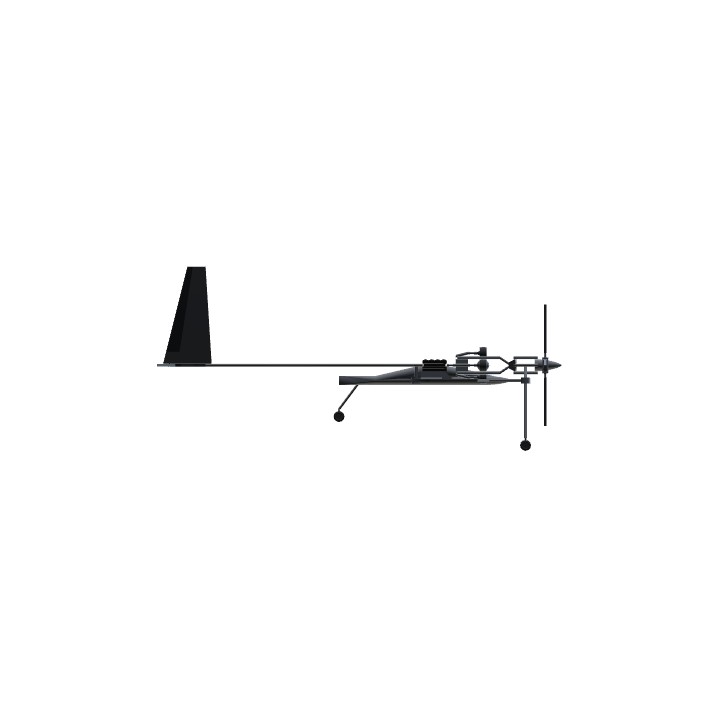 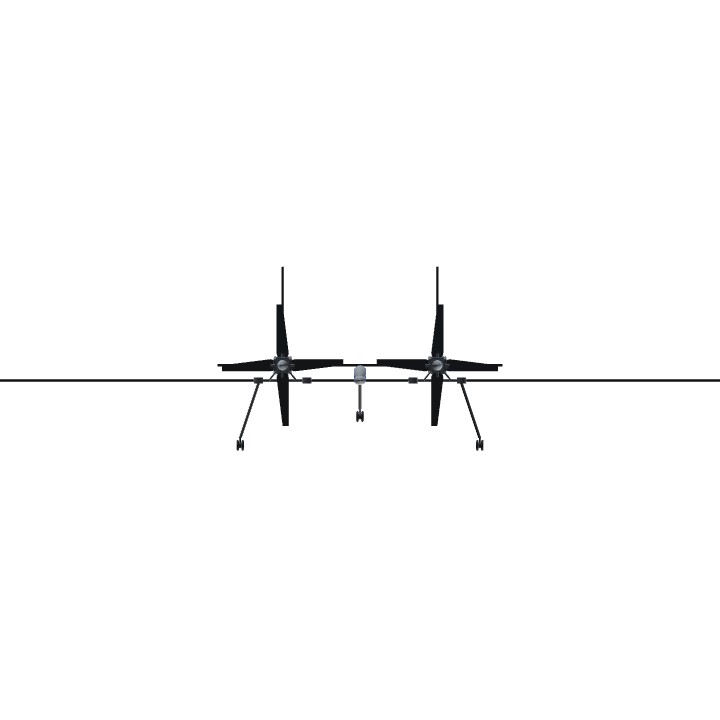