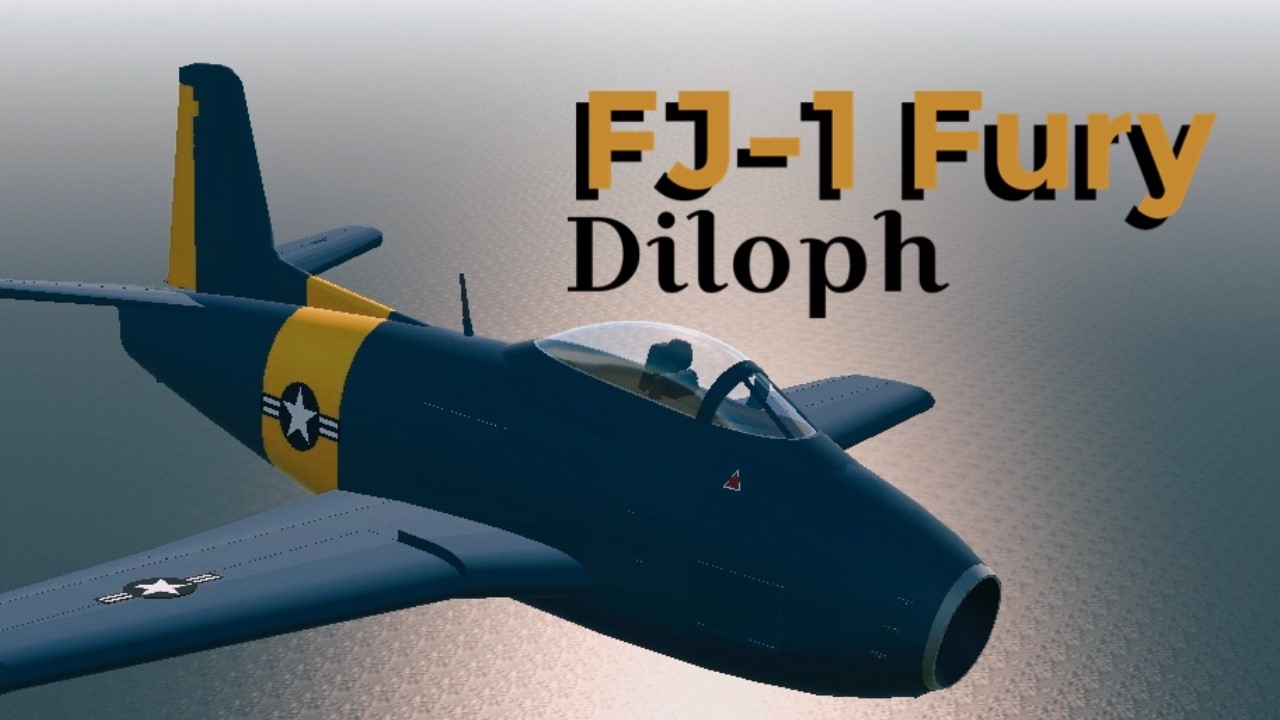 The North American FJ-1 Fury was the first operational jet aircraft in United States Navy service, and was developed by North American Aviation as the NA-135.[1] The FJ-1 was an early transitional jet of limited success which carried over similar tail surfaces, wing, and canopy derived from the piston-engined P-51D Mustang. The evolution of the design to incorporate swept wings would become the basis for the land-based XP-86 prototype - itself originally designed with a very similar straight-wing planform to the FJ-1 airframe - of the United States Air Force's enormously influential F-86 Sabre, which in turn formed the basis for the Navy's carrier-based North American FJ-2/-3 Fury.

Ordered in late 1944 as the XFJ-1 in competition with proposals from Douglas and Vought, the Fury began as a straight-wing, tricycle gear fighter with a single turbojet passing through the fuselage. The wing, empennage, and canopy strongly resembled that of the piston-engined P-51D Mustang, North American Aviation's highly successful World War II fighter, enclosing a relocated cockpit accommodation further forward in relation to the Mustang's design, to ensure good forward pilot visibility for carrier operations.

The first flight of the prototype XFJ-1 took place on 11 September 1946, with the first of 30 deliveries beginning in October 1947. Flown by Navy squadron VF-5A, the FJ-1 made the USN's first operational aircraft carrier landing with a jet fighter at sea[N 1] on 10 March 1948 aboard USS Boxer, pioneering US jet-powered carrier operations and underscoring the need for catapult-equipped carriers. The Fury was capable of launching without catapult assistance, but on a crowded flight deck the capability was of limited use. Taking off without a catapult launch limited the FJ-1 to a perilous, slow climb that was considered too risky for normal operations. 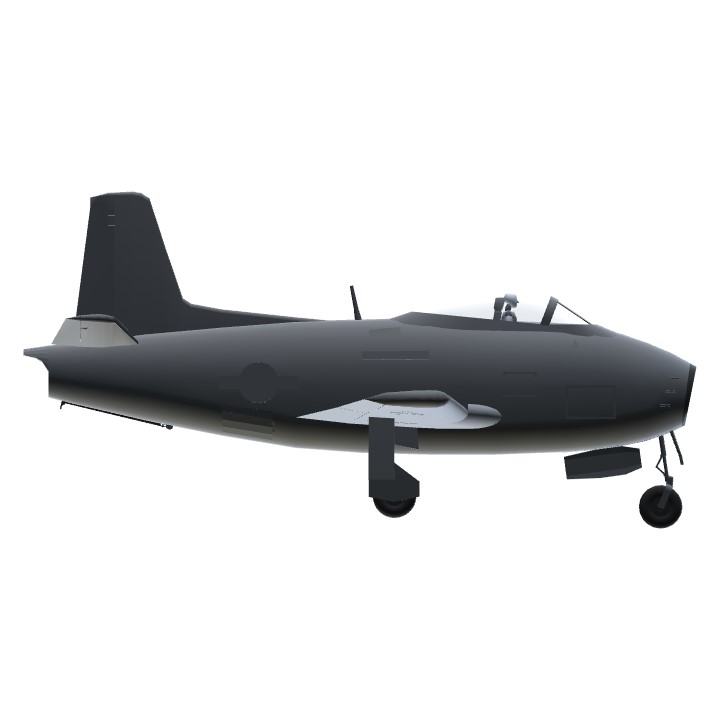 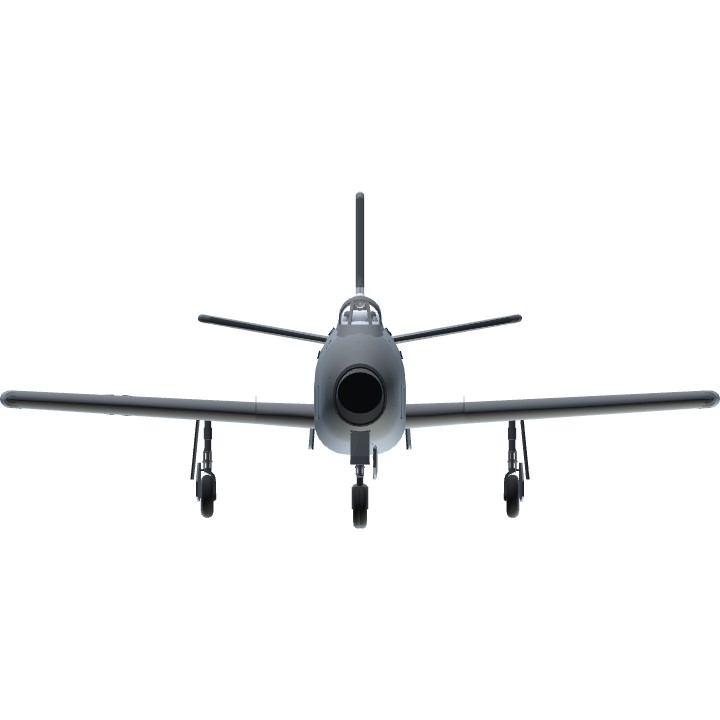