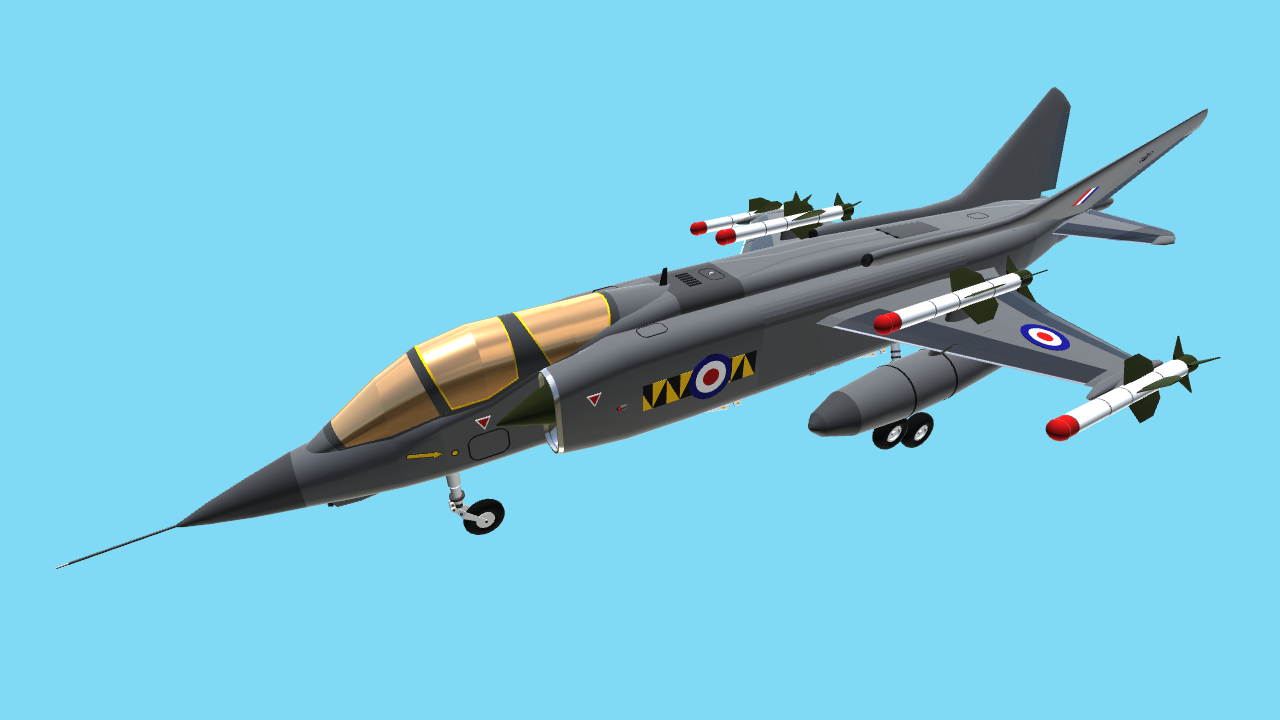 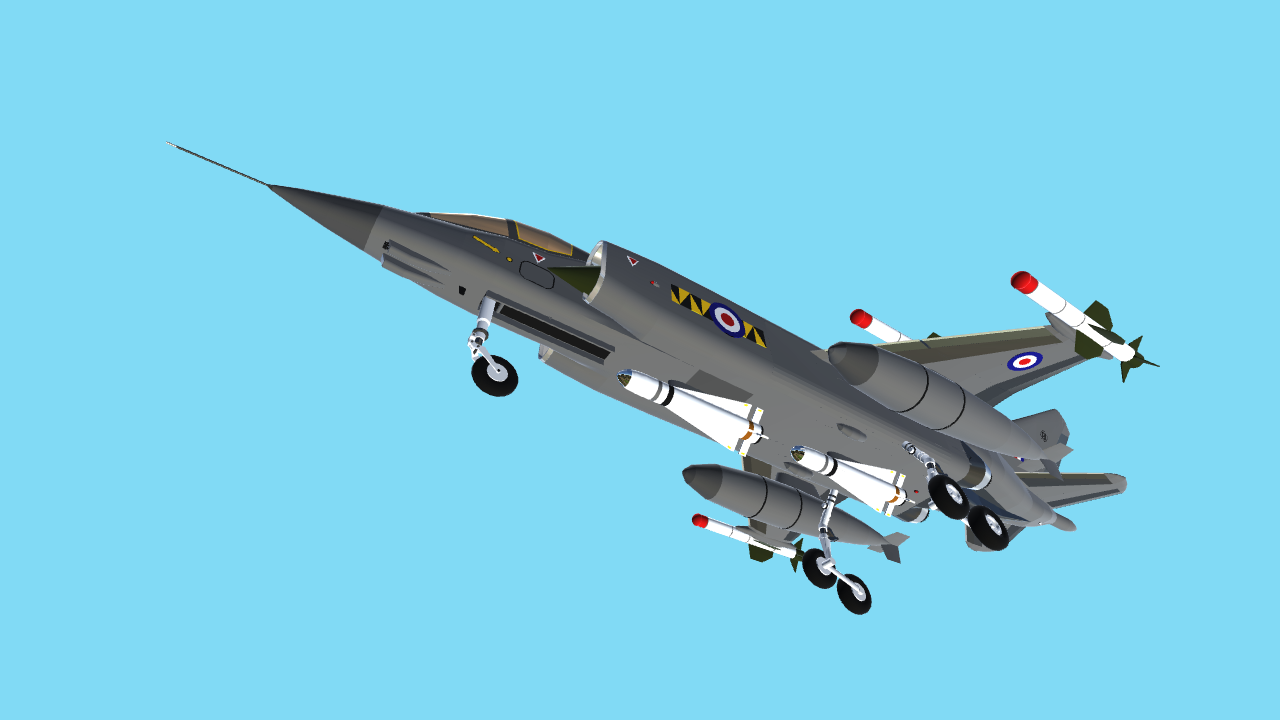 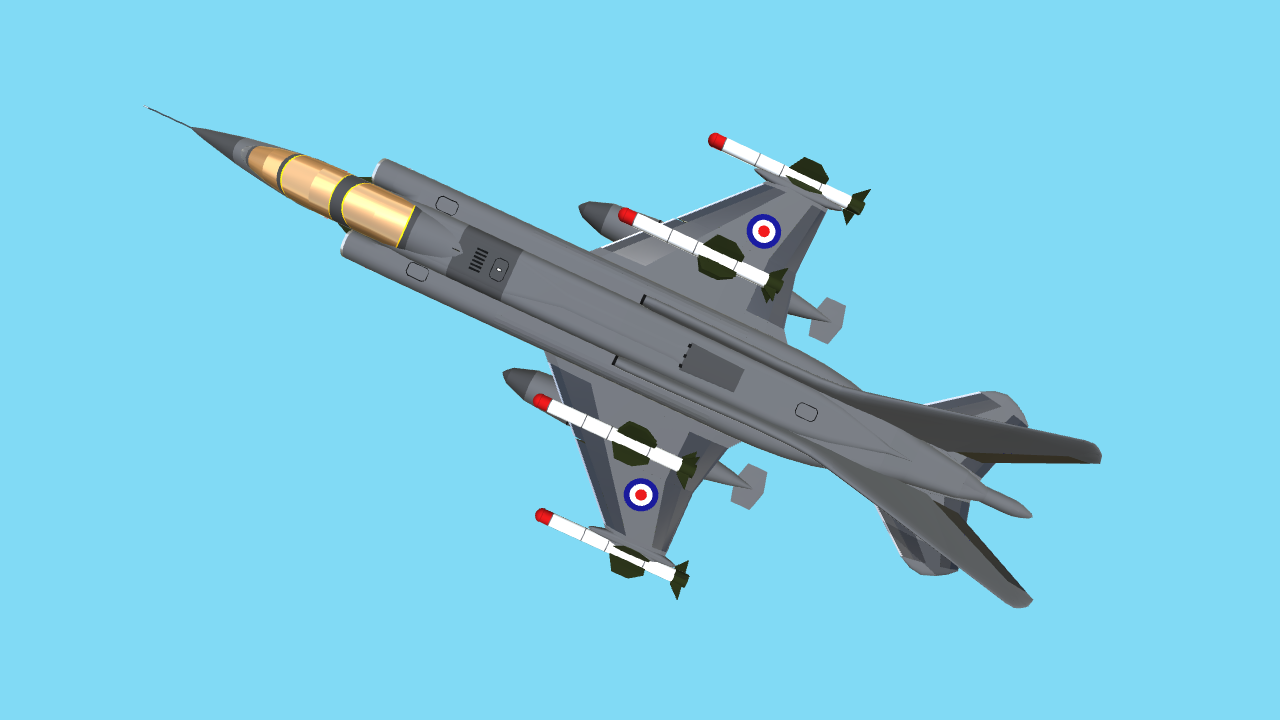 Following on from the disasterous cancellation of the TSR-2, the British government realised just what a cockup they had made, the politician in question was investigated and found to be in receipt of bungs from General Dynamic and subsequently legal action was taken to revive the program, unfortunately by then the jigs and other equipment required to build the TSR-2 had been destroyed as required by the government.

The TSR-3 came into being as a smaller, cheaper development of the basic TSR-2 design philosophy but with the added advantage of rough takeoff ability and carrier capabability.

AG1 for flaps (not to be used over 300mph), AG2 for undercarriage doors, AG3 for arrestor Hook, AG4 for droptanks, AG5 for wing fold, AG6 for brake chute, AG7 for nav lights, VTOL up for airbrake, AG8 for reduced elevator throws at high speed. 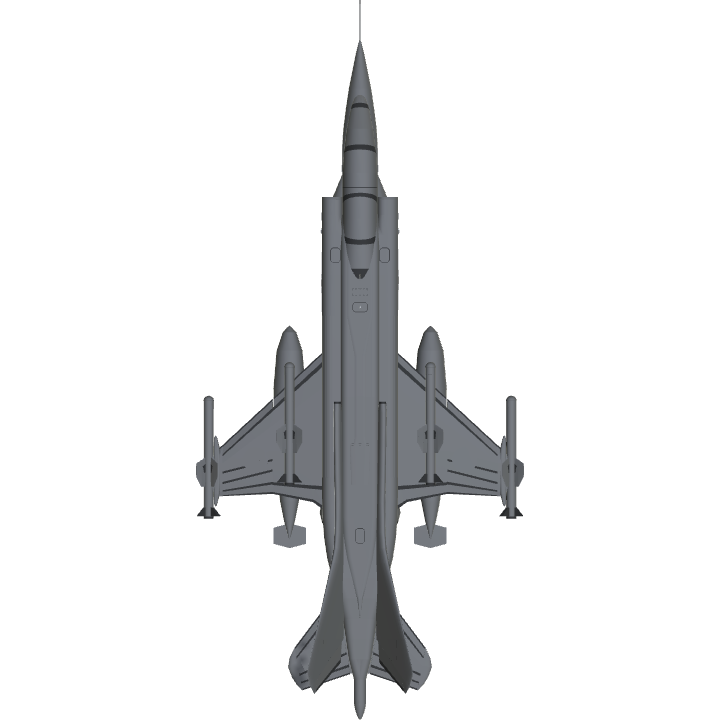 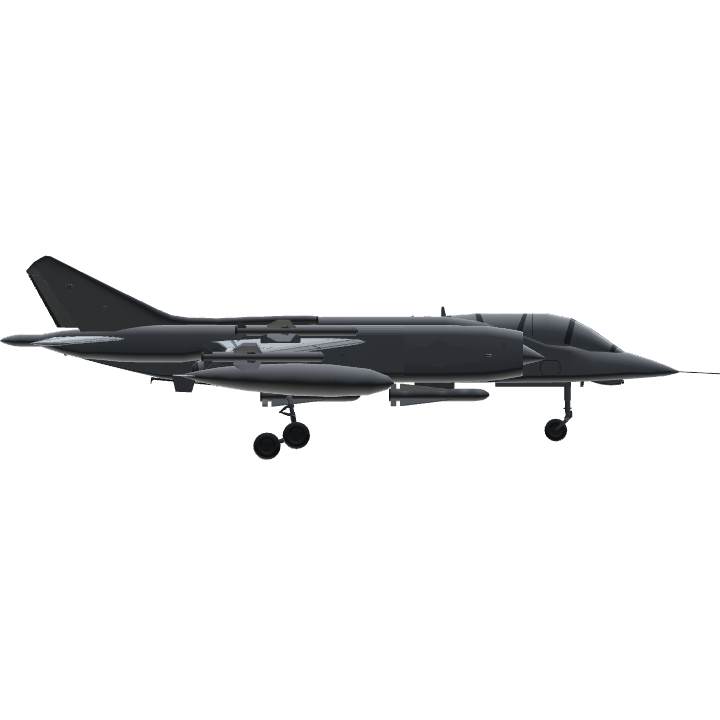 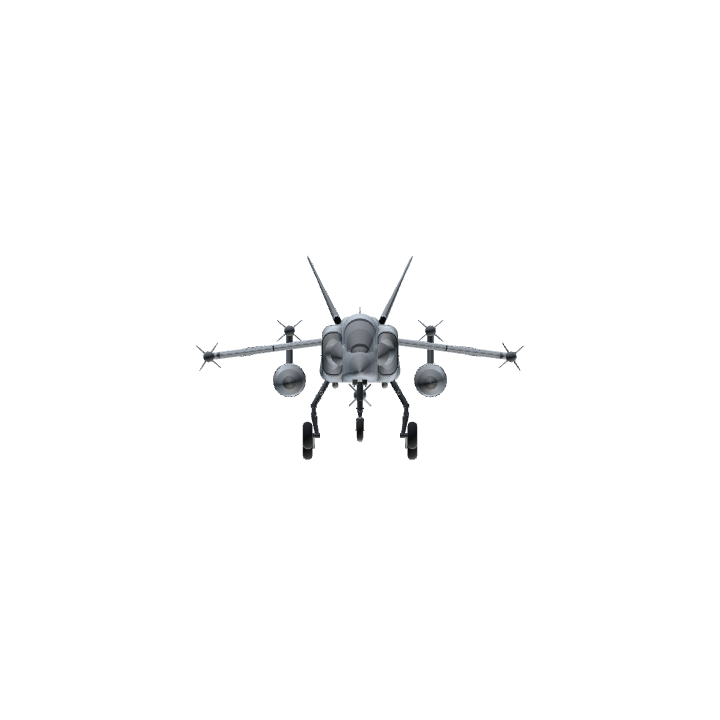