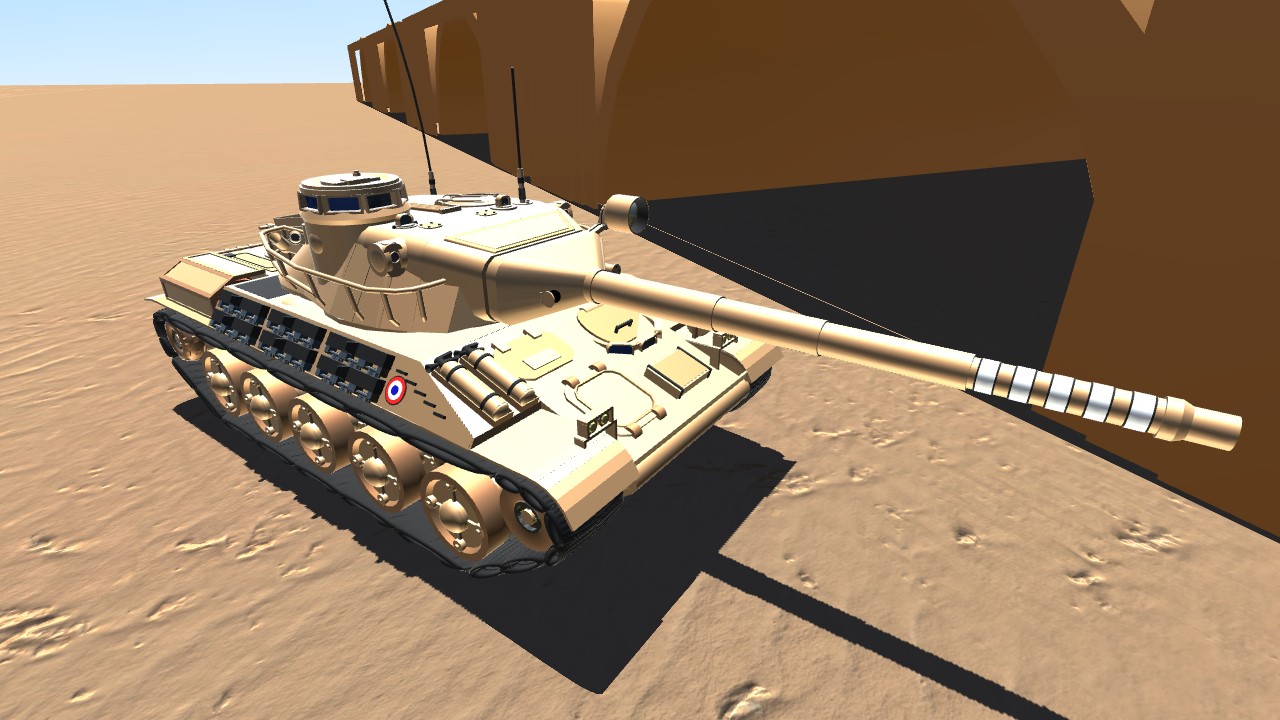 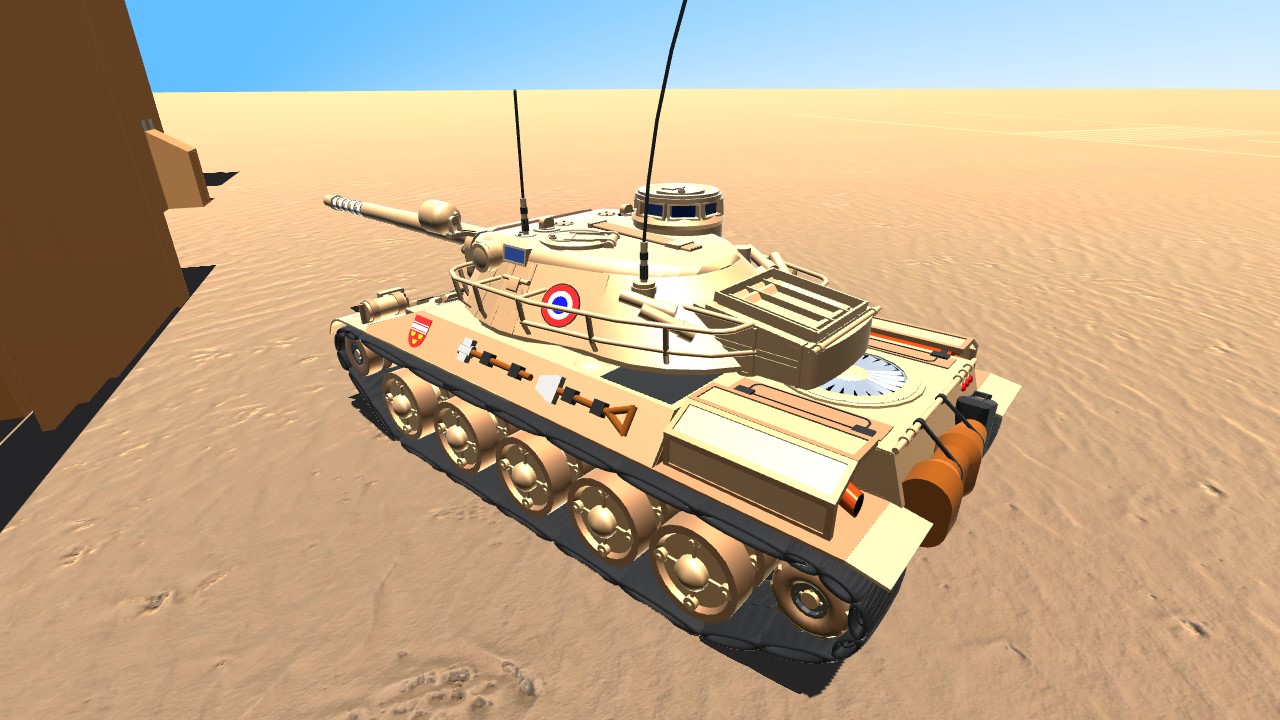 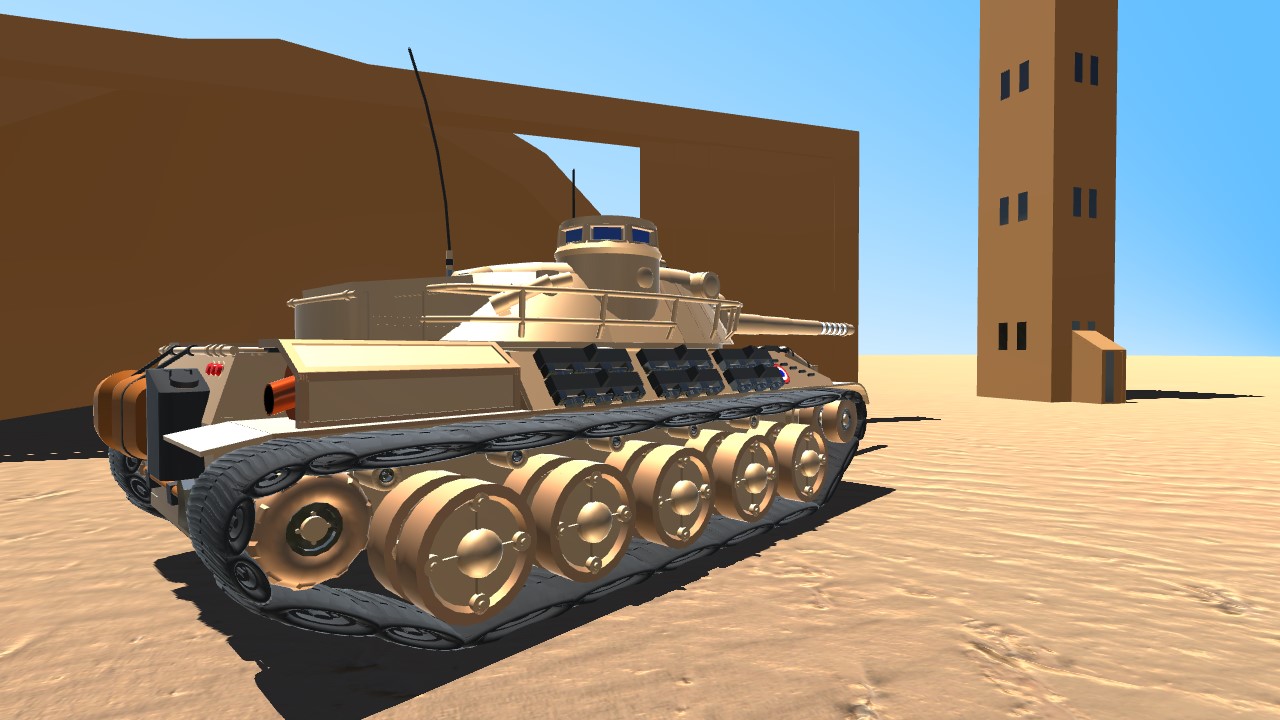 Pitch and Roll (W, A, S, D) to steer and move around.
AG 1 for lights. Also, the rear ones turn on only when braking.
VTOL for turret traverse.
Trim for gun elevation ( +20/-10 ).
Handles pretty smooth even on uneven terrain. Can climb to most places but be aware: this is no extreme mountain goat.

The AMX 30 is a main battle tank designed by AMX (then known as GIAT).
It was the result of the collective effort of France, Germany and Italy who tried to design a standard European tank. Based on a set of base characteristics, the countries eventually built their own tanks. The German one became known as the Leopard 1 and the French one as AMX 30.
Entering production in August 1966, the AMX 30 would see service in many armies (especially those of Greece and Spain). With its reliable 105 mm gun, it proved to be a capable tank, taking part even in the First Gulf War (1990-1991) and seeing lots of success.
However, the vehicle was inevitably getting old. Much like Germany and many other nations, France started retiring its AMX 30 fleet and slowly replaced them with AMX-56 "Leclerc" MBTs during the 90's. Almost 3600 tanks of all variants were built in total.

This wasn't in my schedule as I initially intended to build a Czech tank but I soon scrapped the idea and started building this sexy beast. Was gonna go for dark green camo but it was a bit dull so I switched to desert camo.
This also happens to be the first tank where I properly implemented my recoil mechanism and used wheel tracks. The suspension is slightly stiff but it helps a lot when falling from high places or taking bumps (trust me, this thing is tough as hell).
Took me lots of patience... and sanity to make this. I had some problems with it while building it but I managed to solve them.
Surprisingly good at sniping. That is if you manage to see your target. Trying to hit stuff from long distances is very, very hard. But if you manage to hit, you're sure to obliterate your target. 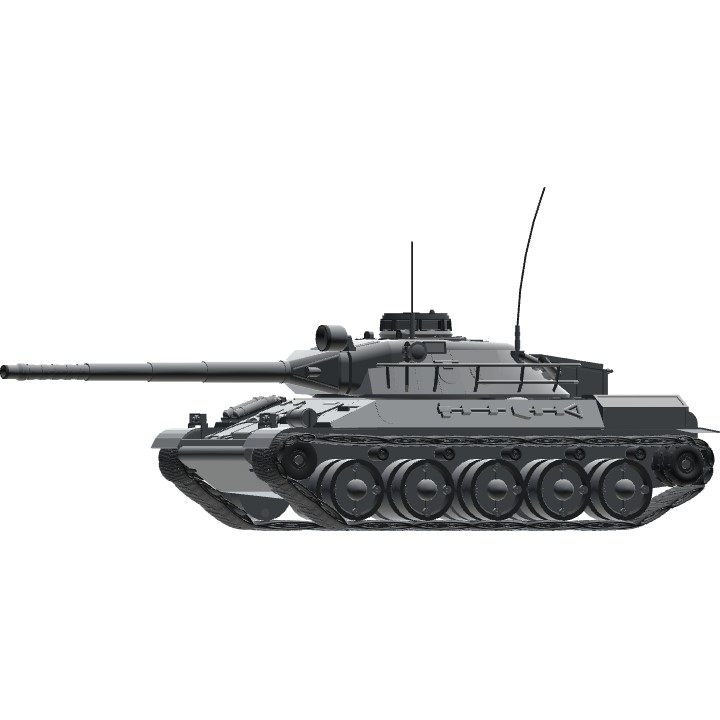 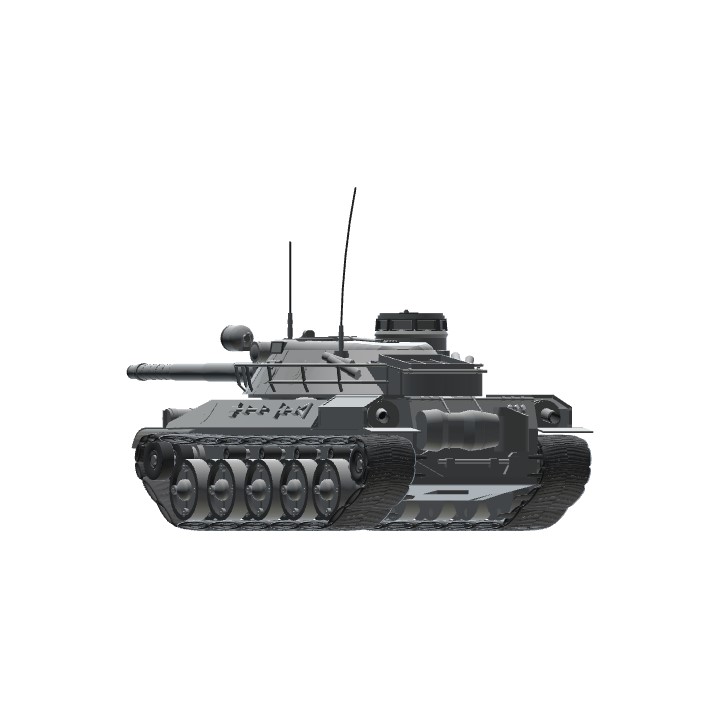