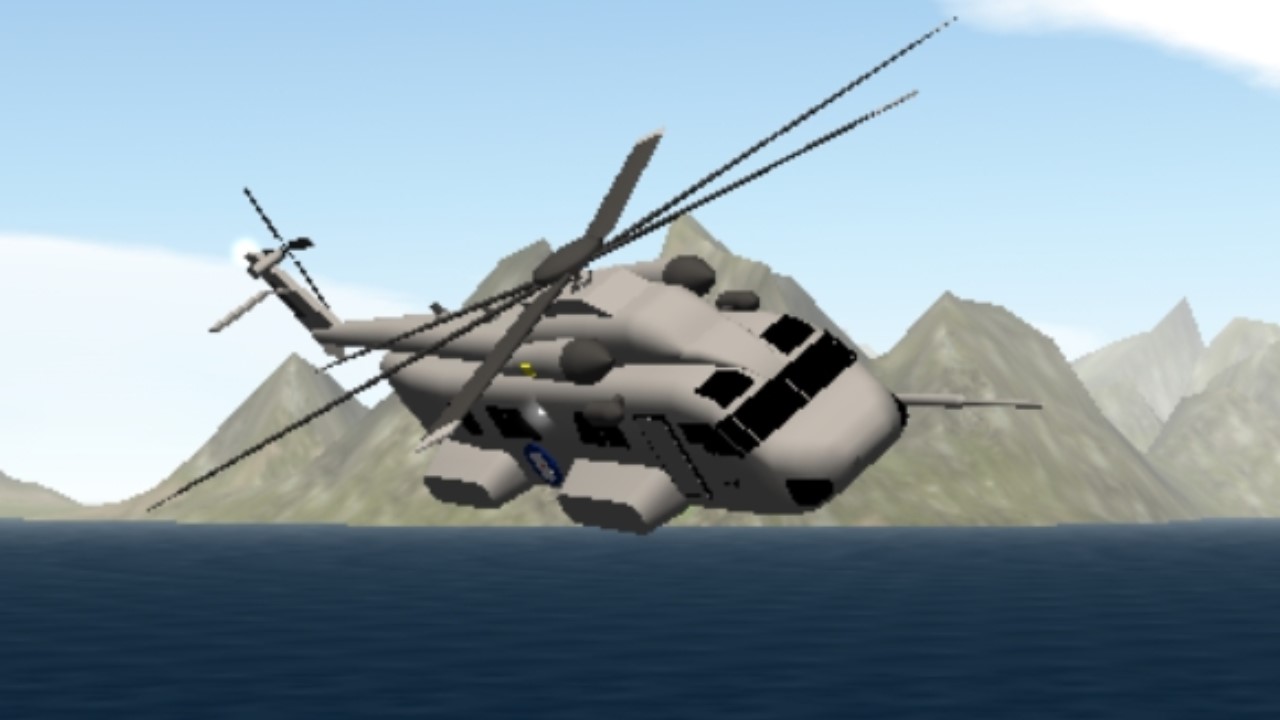 Hey guys I'm back with my second helicopter, now it's Heavy Lift Helicopter UwU. Before download, I need you to read the description

Same as the previous helicopter, this helicopter is also fictional but based on a real helicopter.

"Avalanche designed for Atlantian Republic National Army (ARNA) used to be Heavy Lift and Transport Helicopter, with Winch and Magnet this helicopter can lifting many Cargo. Such as a small plane, car, boat, container, and much more. Notice this heli also has limited power, so dont too much cargo, or this heli cant be lifted, this heli also has a similar face to Blackfoot"

This Helicopter was first built in 1974 when Cold War continued until 1991. This heli was introduced a year later which is in 1975. The heavy-lift helicopter possessed a long fuselage, six-rotor blades, and four tail rotor blades.

Yes, Avalanche is the 1st ARNA Heavy-lift helicopter. Previously ARNA used CH-54 Tarhe but it retires by ARNA because the cost its too expensive, Vresco Helicopter Manufacturer (VHM) got the idea to make this helicopter.

Avalanche, we can make all cargo lifted to the sky, without him who will lift cargo in unreachable place? a big plane? Thanks for the idea to make Atlantian has a modern Heavy Lift Helicopter

This variant was used by The Wolf Forces in 2005 to ferry the strike team to Zhulkov Military Base in South Navajo, Georussean. Because the color of this Heli is black so it looks like a stealth helicopter, however, this is not fully a stealth helicopter because the rotor is too noisy and makes enemies alerted.

Previously, The Wolf are using CH-54 Tarhe as Heavy Lift Helicopter and was used until 2002. But in 2004 they replaced his Tarhe to Avalanche because CH-54 Tarhe looks too old and can't lift any cargo as well, yes because CH-54 retired in 1970.

Now, let's move into ARNA. All ARNA Helicopters always has callsign "Phoenix" and has a number code to avoid the confusing different type of helicopter. This helicopter was used during the war with the Federation of Geourussean (Previously known as Slavian Federation) from 2016 until the present. This heli was previously used in 1984 until 1991 and used again in 2016 until the present because of the long conflict. During the war with Georussean in Mecklonian territory led by Lucas Gabrielson, this helicopter used to transport Vehicle such as APC and troops into the battlefield

Because the fuselage is long and wide, this heli can transport more troops, unlike Blackfoot which is only 6 passengers can transport it. This heli has a capacity of 35 troops and 5 crews including 2 pilots and 3 flight engineers.

Lucas: "Come on Marines! Prepare yourself, we will land in 30 seconds"

After 30 seconds the helicopter successfully landed, Greenlight has been turned on

After that, all troops are moving out from the Helicopter and starts the battle with Georussean Military in Mecklonian Territory.

The Avalanche seems to lift Crashed D-18A Vulcan in some field.

ARAF (Atlantia Republic Air Force) has been reported there is crashed ARAF D-18A Vulcan in the Field near the village. ARNA H-35 starts flying to the crash site and lifting the D-18A Vulcan

H-35 brings back D-18A Vulcan to the Maxwell Airbase to repair the jet. After that, Police and Military investigate the D-18A Vulcan and the crash site. The result of the investigation is D-18A maybe get shot by Georussean Fighter jets. Because there has a hole in the body and engine.

Yeet, this is a transport helicopter, not an attack helicopter

Daniel: "What was that?"

Daniel looks to the window to see what happened

Pilot: "Sh*t there are no weapons in here"

Daniel: "Just get out from here now!"

Pilot: "This is Phoenix 5-2 we back to the base, we are under attack"

After being locked by Georussean AA missile, H-35 flies back to the base. This H-35 flying to the Fierin Airbase has been under attack when H-35 are in Snowstone territory.

Tired to read huh? Don't worry, this is the last page

H-35 seen flying above the sea at dawn. Brennan class in the background.

Flying together with VH-88 Blackfoot, Note the landing gear deployed

The Wolf variant is still in test, so stay tuned!

Upvote and Spotlight if you are interested in this! 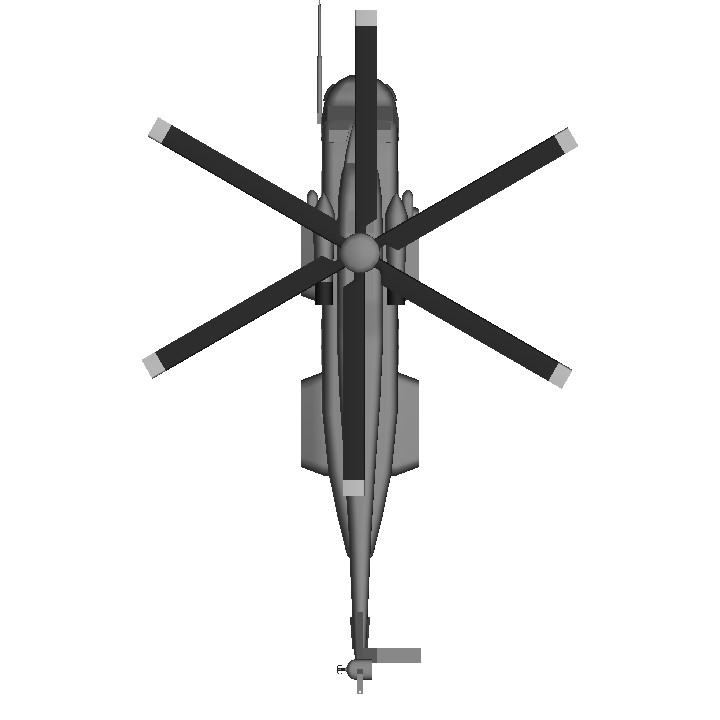 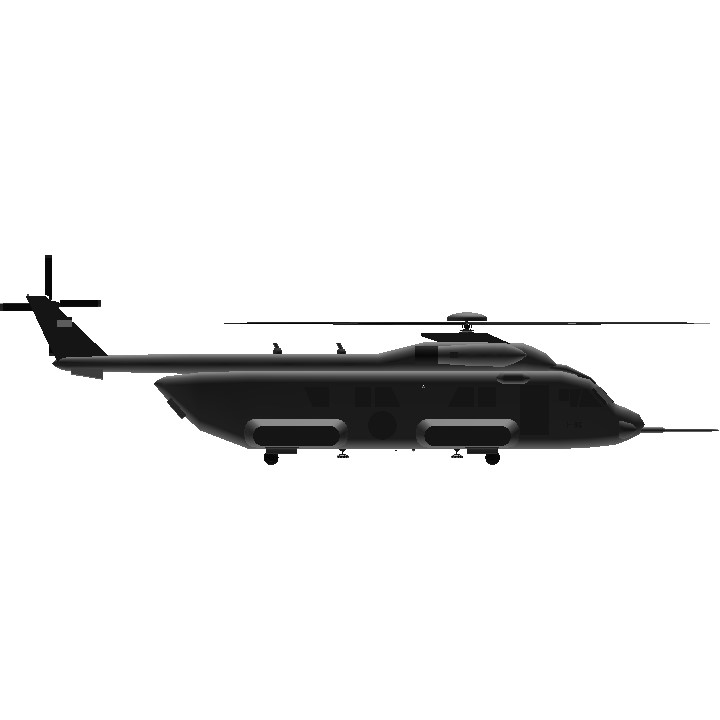 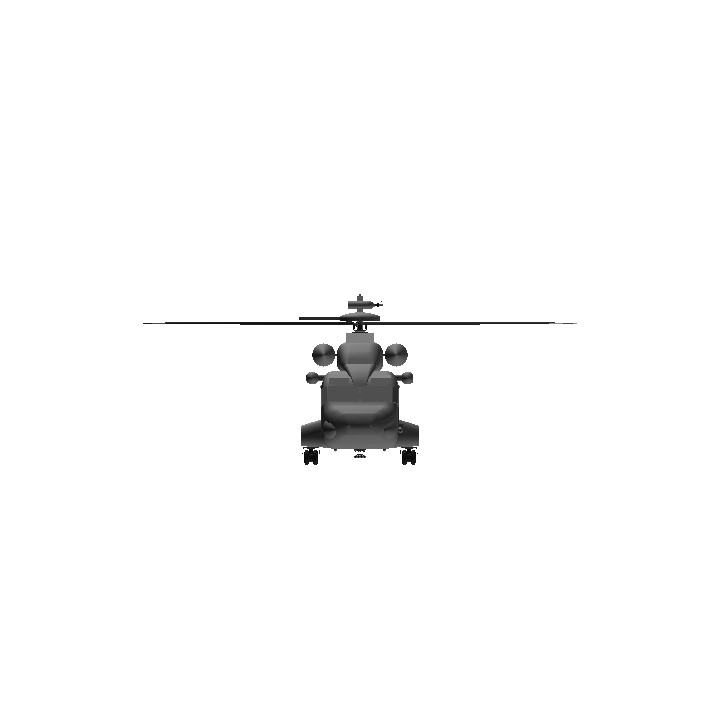