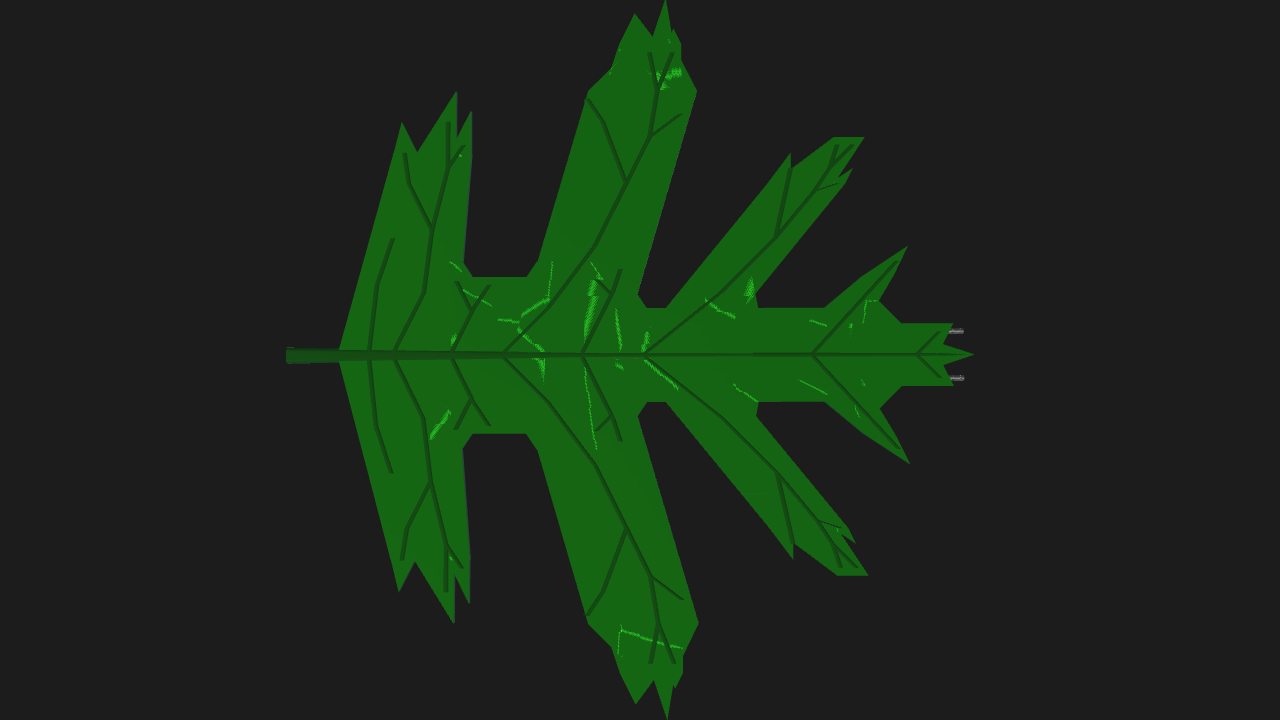 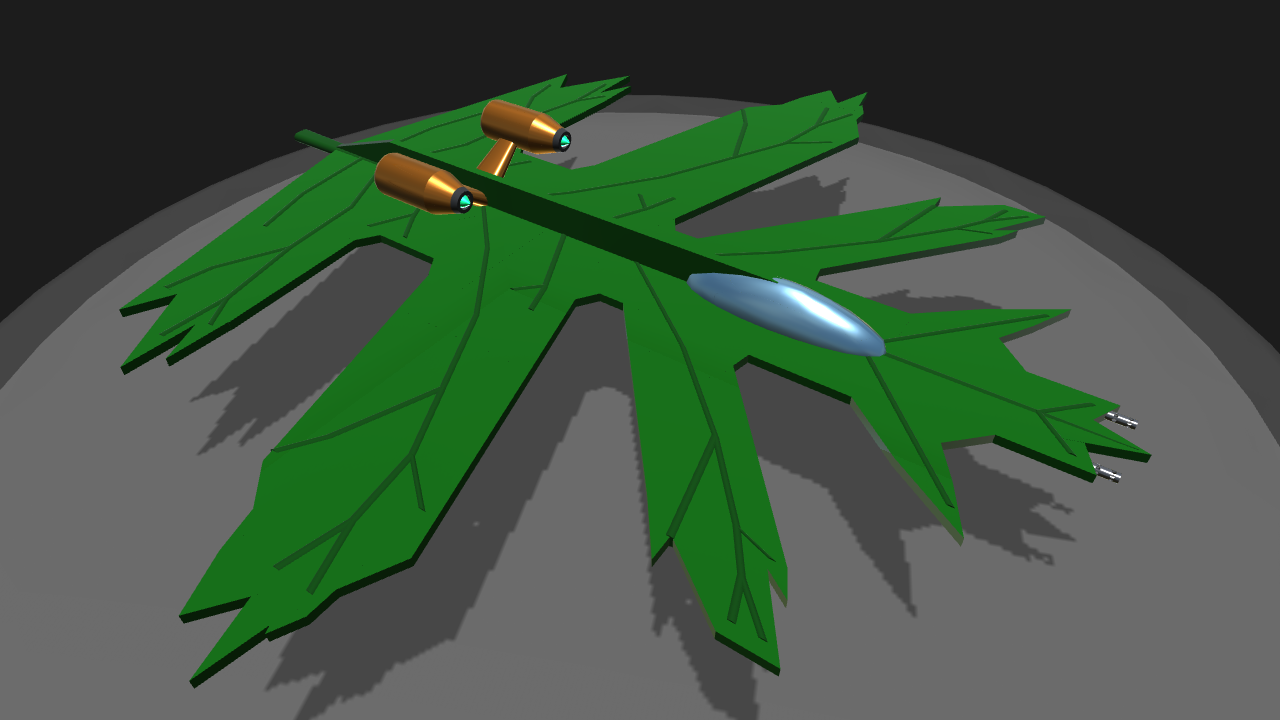 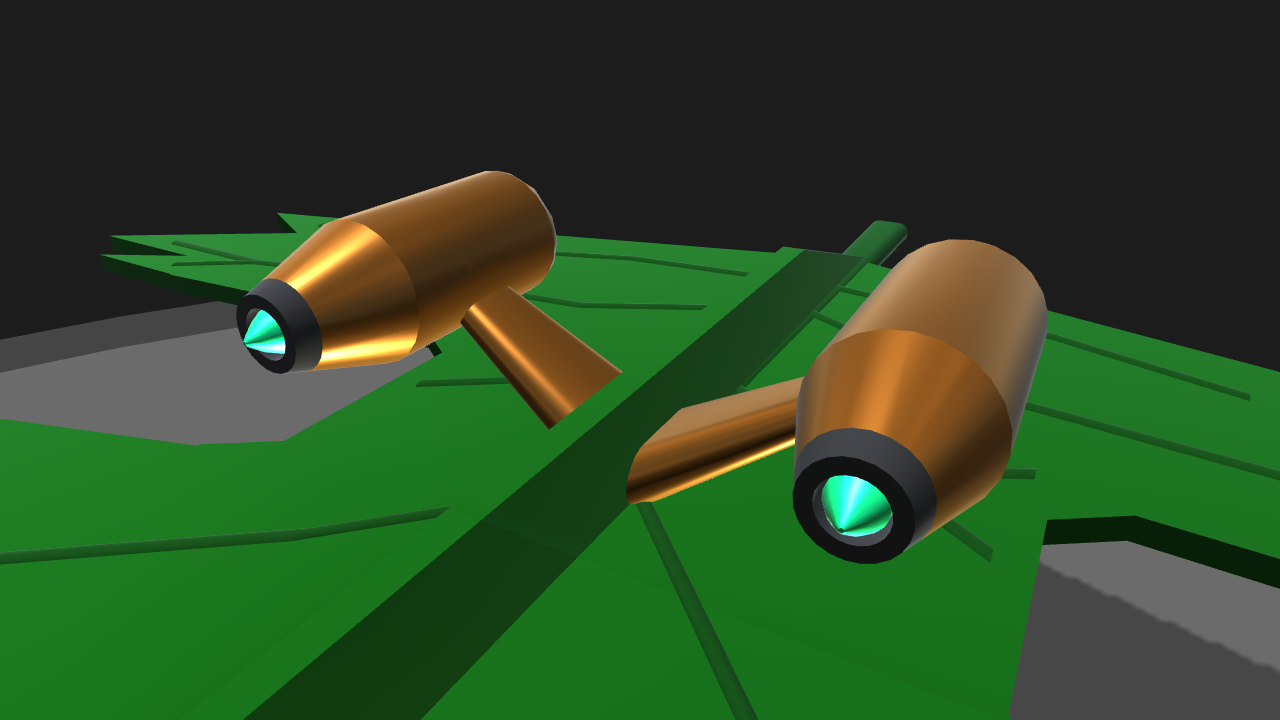 Backstory:
One day, an aircraft engineer was relaxing outside under a tree during free time. He was currently drawing up new blueprints for a new 6th Gen fighter design, and then, a leaf fell down from the tree, and landed on his notepad. He went to discard it, but then, it gave him an idea...

Introducing, the Leaf Fighter. It's design is completely based off of an oak leaf, this gives it many advantages: it's extremely flat, which makes for a very difficult target for the enemy, and it also gives it some unique flight characteristics. It's equipped with two specialized guns that have a very high rate of spread, which are very effective at taking out large groups of targets. It also has two missile pods, both contain five air-air missiles that have a very high rate of fire, are extremely maneuverable, and very fast too. The missile pods are also shaped like a seed pod, just for fun.

It's speed isn't the best, if anyone could improve that, that would be great!

I kinda want to make this a new series, like what I'll do is make a new type of leaf and turn it into a fighter, kinda like this. 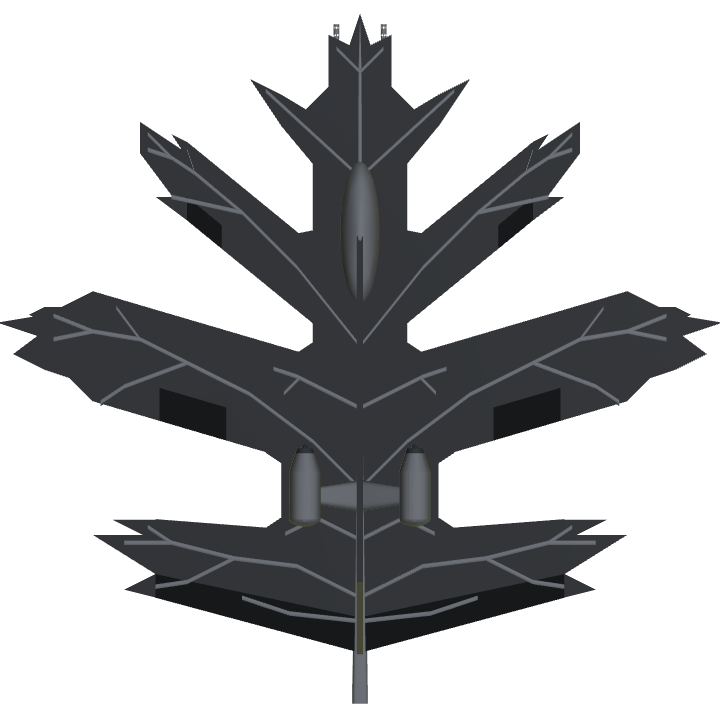 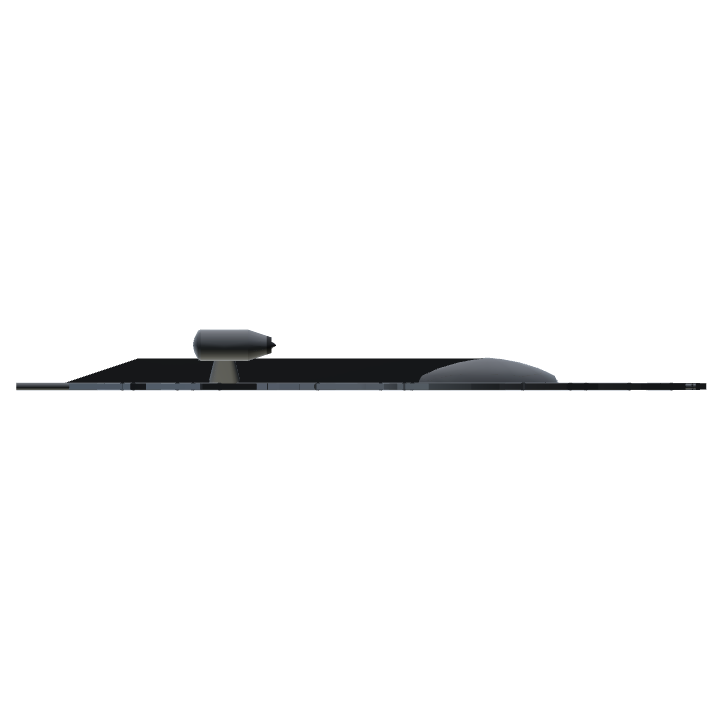 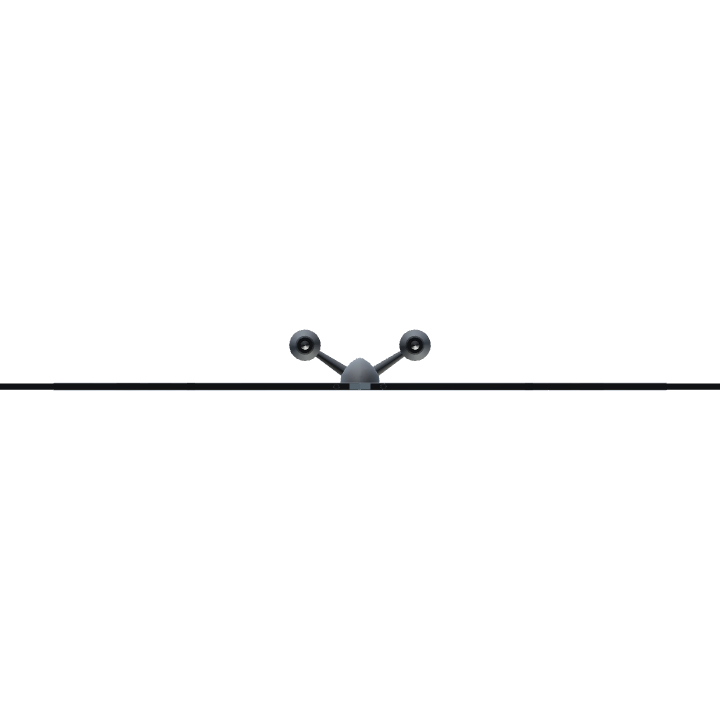