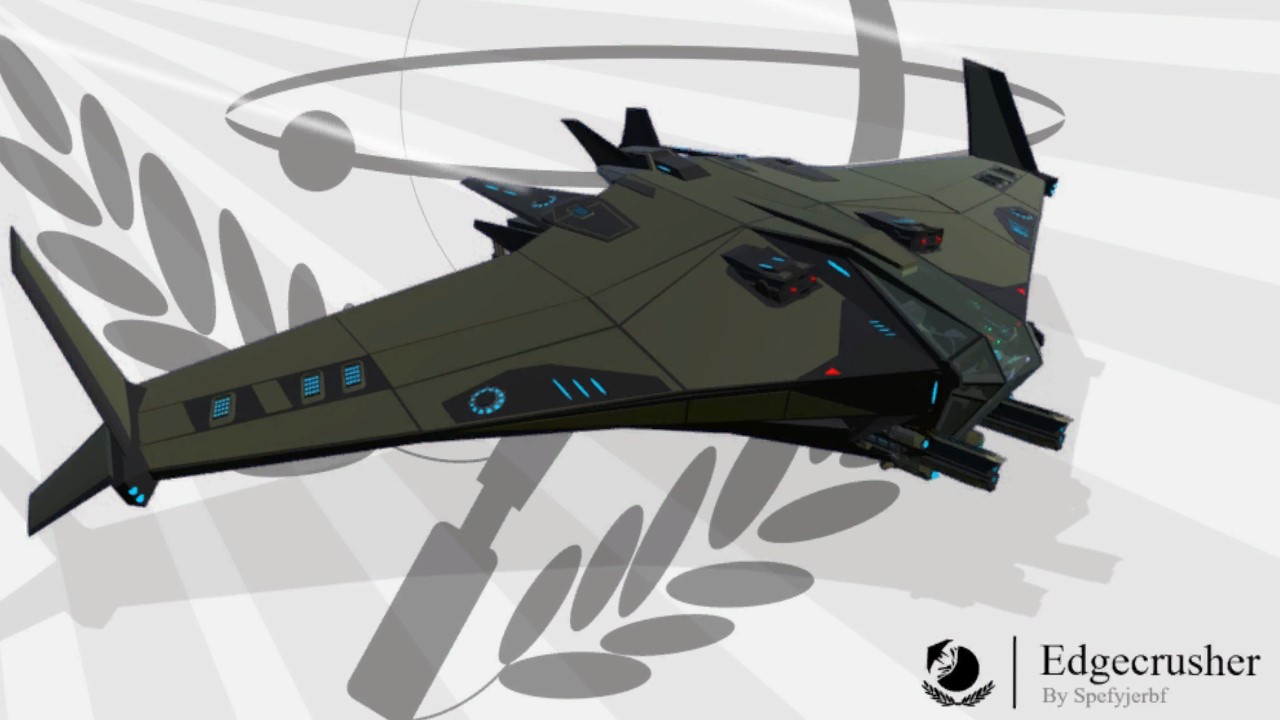 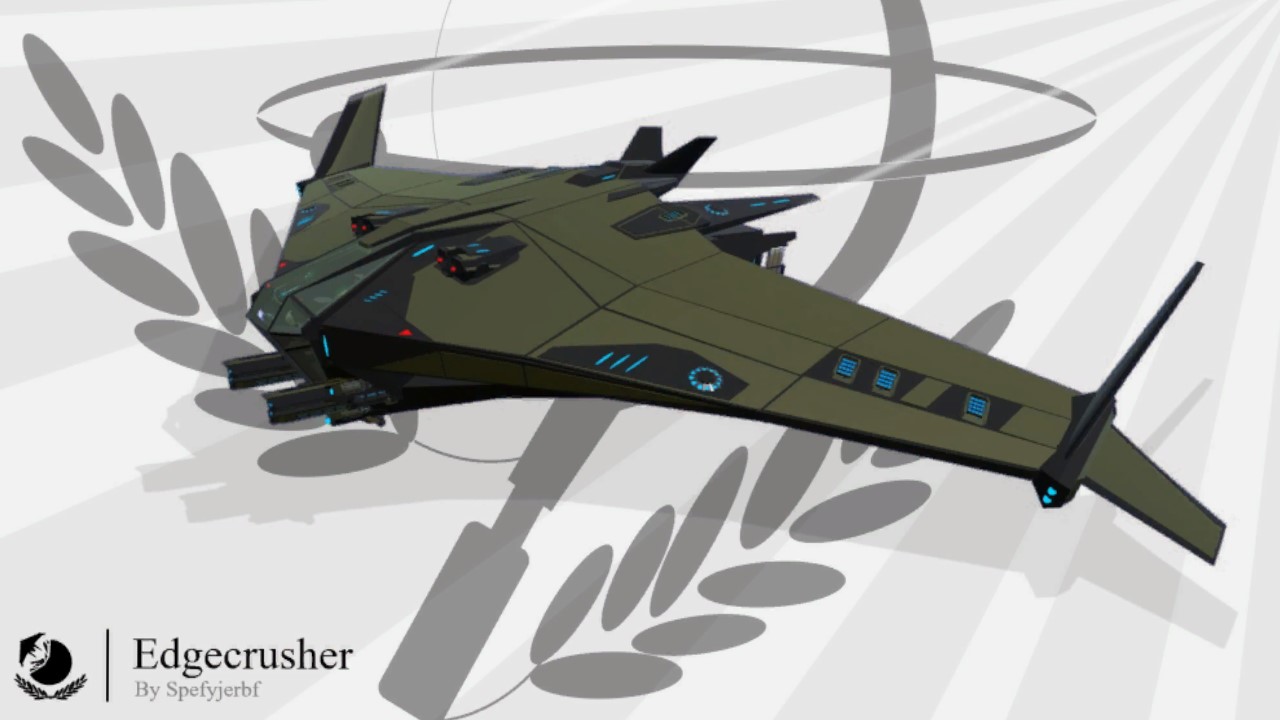 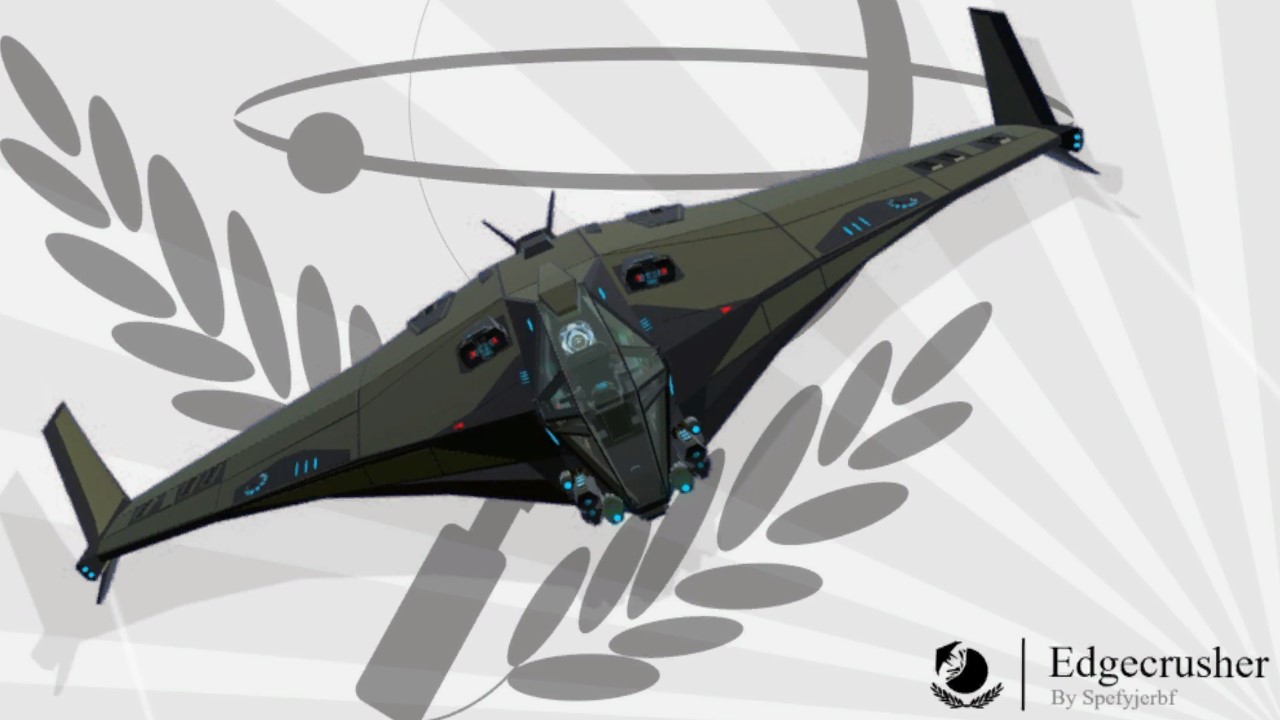 “Delusional calling that system criminal justice
Where the rich and the guilty are safer than the poor and the innocent
Why would we listen?”

A provocative quote from 'Gangland', by Lecrae. Originally, I had planned to include a quote from 'Edgecrusher', by Fear Factory. 'Edgecrusher', the song, employs revolutionary themes within the context of a dystopia. However, recent events in my country have indicated that anti-progressives can misappropriate revolutionary themes. A cryptic message of toppling injustice, then, leaves too much room for misinterpretation. Instead, my quote provides a valuable perspective on an existing - and real - issue that my country must address. I do not include this rhetoric to stir the pot, but instead to provide some clarity to the values of the Edgecrusher.

Use Brake to pause your descent

Edgecrusher’s arsenal is deceptively versatile. Two multirole weapons are included, that are suitable for a variety of combat situations.

Orbidyn CFC-MR
This multirole flak cannon is coded with a fuse time to properly account for a target’s speed. As a result, this cannon can be used to shoot down aircraft with its airburst capabilities.

To use the weapon, select “Orbidyn CFC-MR” in your weapons menu, and fire as normal.

SPE Liberator HE-MR
A high-yield missile system with airburst capabilities. The missile is essentially a dumbfire rocket, though a lock is required to ensure that the missile detonates properly.

Ensure that your forward speed is under 350 mph.
To use the weapon, select “SPE Liberator HE-MR” from the weapons menu.
Take aim, make a lock, and fire.

Edgecrusher is space-capable. The fighter can move within a space environment, though space combat is not recommended.

Using the Distortion Drive
The distortion drive is activated with group 7. High, medium, and low wake jumps are available in your weapons menu. These jumps are “fired” like a weapon.

Ascent Tips
Ascent is easy. Pitch up, and use any strength drive. Note that, if you choose to use a high wake drive below 300,000 feet, you must be pitched up.

Descent Tips
The descent is a bit more complicated. A step-by-step guide is most useful here:

A comprehensive list of tips, as well as the cockpit schematics, can be found in the Pilot’s Handbook.

The history of the interplanetary fighter, SPE-Orbidyn Edgecrusher, is inextricably intertwined with the history of its most notable user, the Worker’s Republic of HD 219134. The Worker’s Republic was born through armed conflict over mismanaged necessities. HD 219134, a heavily-industrialized star system about 21 Lightyears away from Sol, had been embroiled in a system-wide war to secure the few sources of clean, drinkable water that remained within the system. Near the end of the HD 219134 Water Conflict, two major powers vied for control of such water sources, and consequently, the entire star system. On one side, a corporate government, the HD 219134 Extraction Company, fought to keep its control of the system (therefore protecting its bottom line). The other major combatant, the aforementioned Worker’s Republic, fought to seize water resources to ensure equitable, efficient distribution - in HD 219134, price-gouging was quite commonplace, especially for necessities such as water. The scarcity of clean water, too, was exacerbated by the HD 219134 Extraction Company’s tendency to maximize its negative production and extraction externalities. After all, haphazard industrial dumping is more profitable than proper and safe waste disposal.

When introduced into the precarious balance of power within the HD 219134 Water Conflict, the Edgecrusher fighter facilitated the decisive victory of the Worker’s Republic. The design, being able to jump between planet-locked combat zones, was ideal for such a system-wide conflict.

Today, the Worker’s Republic of HD 219134 represents a significant increase in the quality of life for its inhabitants. The Worker’s Republic of HD 219134 operates within a market system, while necessities such as water have been decommodified. Industrial and extraction exports are produced with minimal social externalities, and are often sold to SPEcorp and Orbid Dynamics to fulfill their trade agreement.

For some in-depth tips and instructions, please check out the pilot’s handbook. Click on the image below to see it! 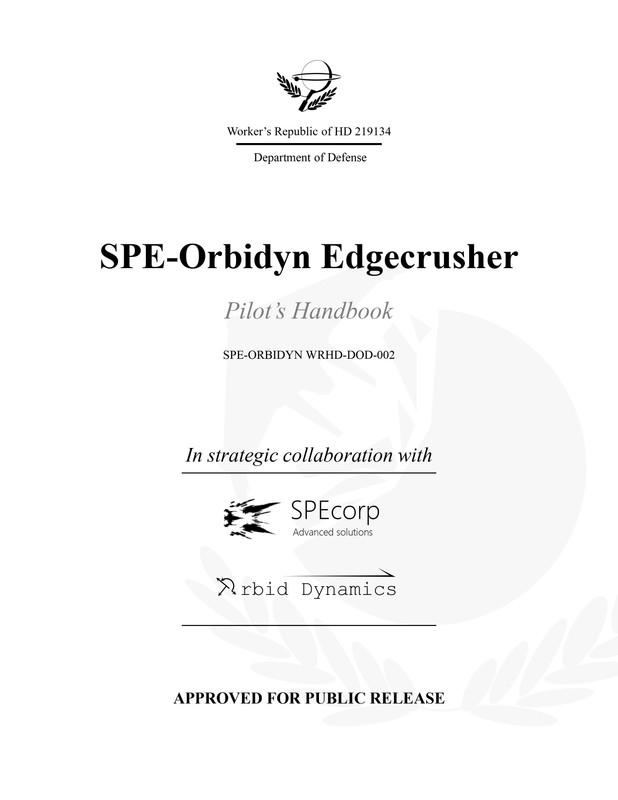 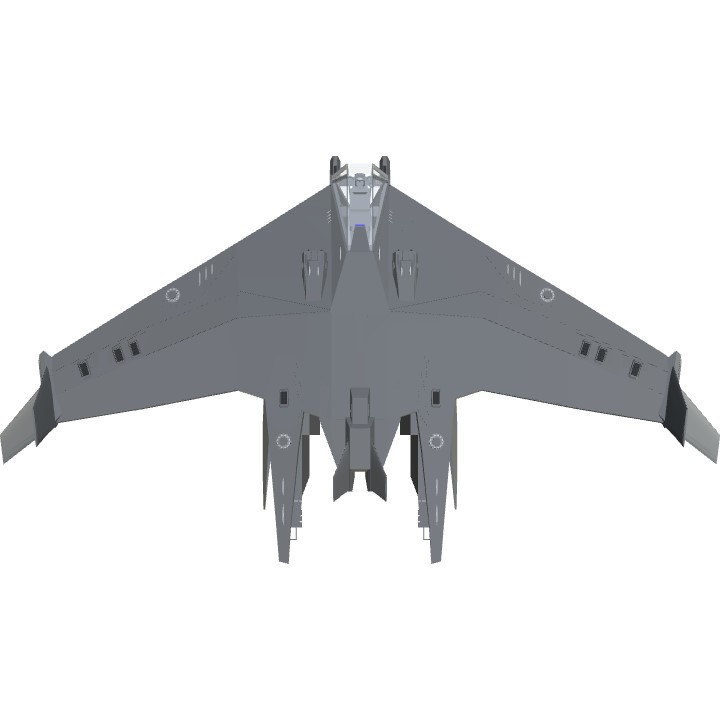 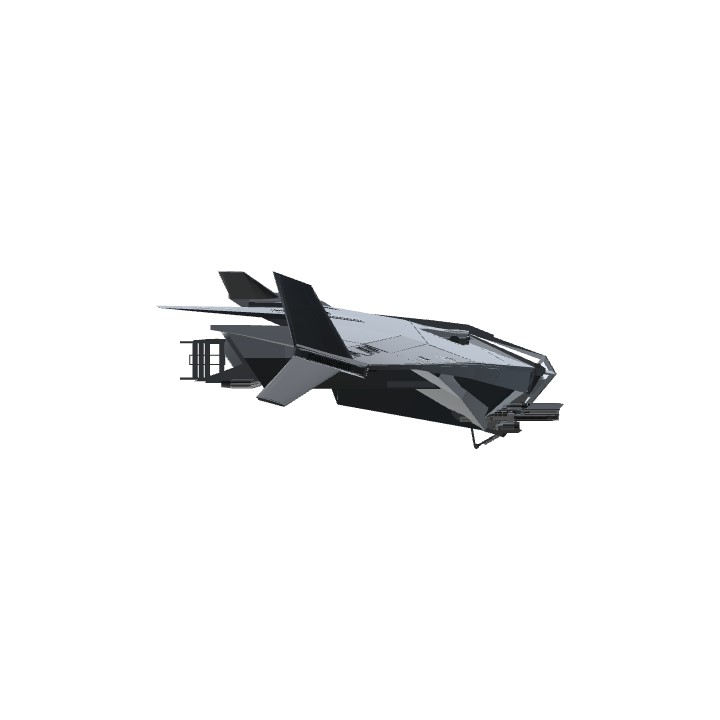