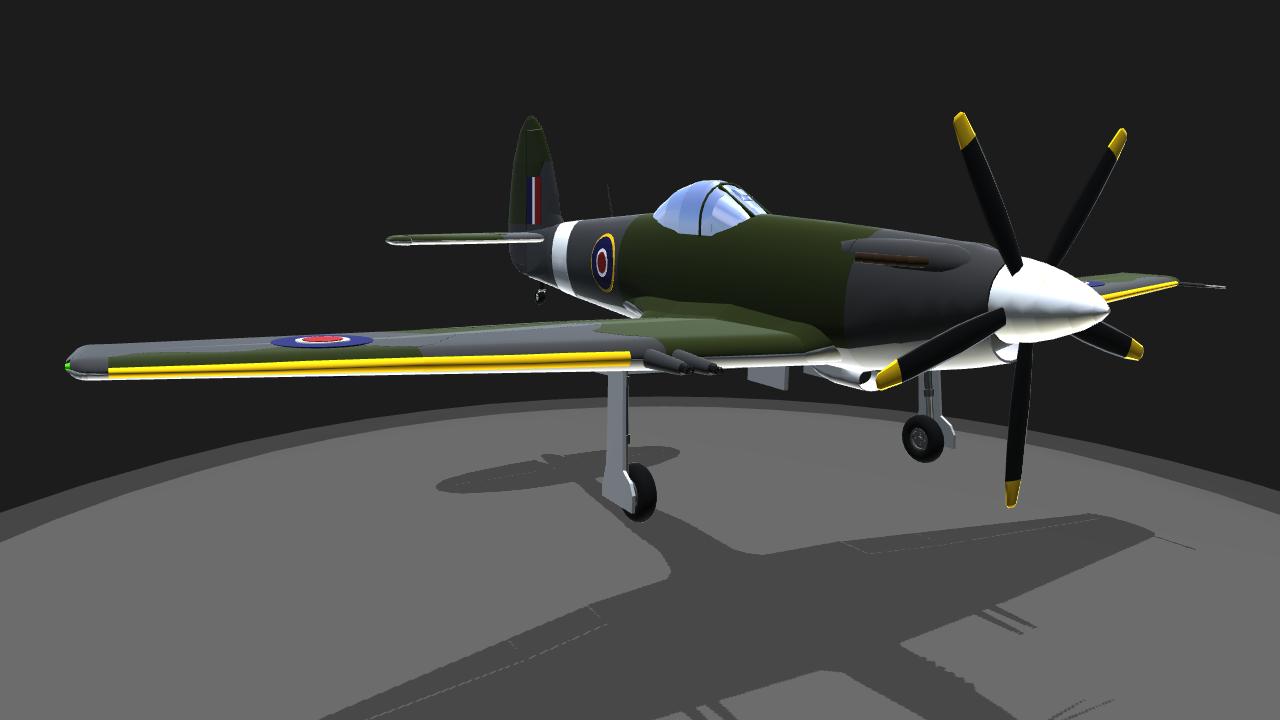 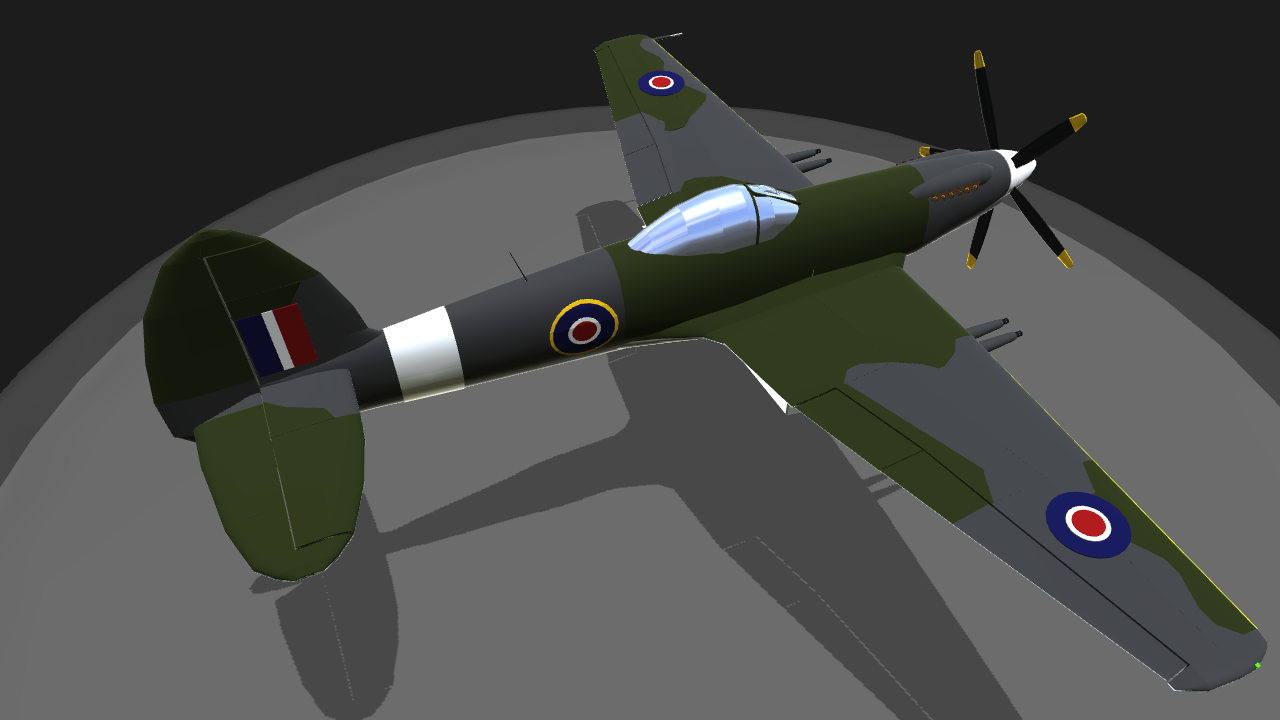 The Supermarine Spiteful was a British Rolls-Royce Griffon-engined fighter aircraft designed by Supermarine to Air Ministry specification F.1/43 during the Second World War as a successor to the Spitfire. It featured an entirely new wing design, intended to improve its critical mach number and allow safe operations at higher speeds. The new design also allowed the landing gear to be re-arranged to a modern inward-retracting design. Other changes included a larger vertical tail to improve the somewhat marginal stability of Spitfires with the Griffon engine, and changes to the mounting of the engine to tilt it down slightly to improve visibility over the nose. 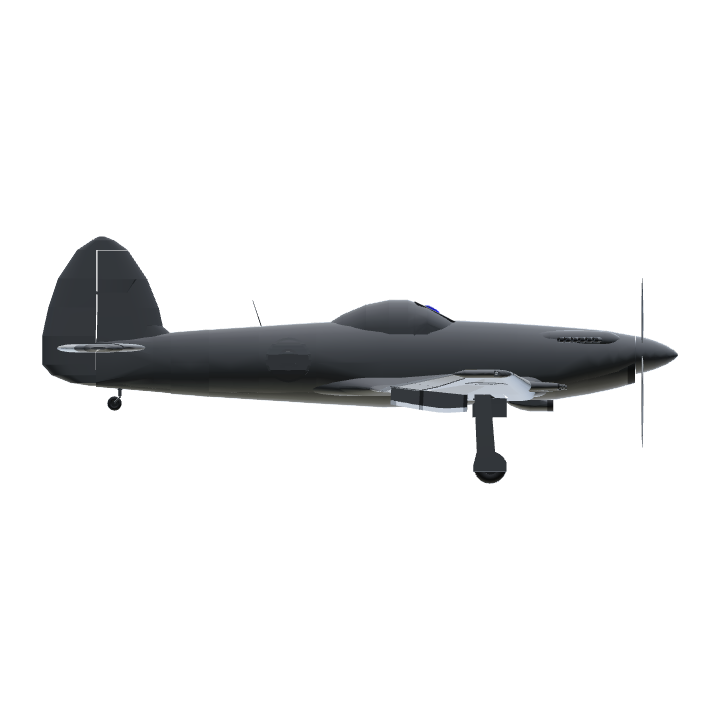 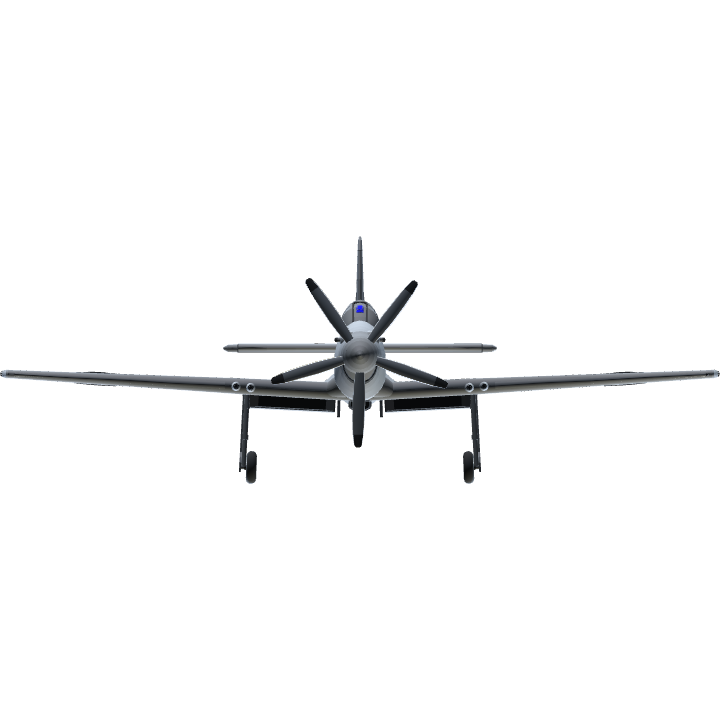