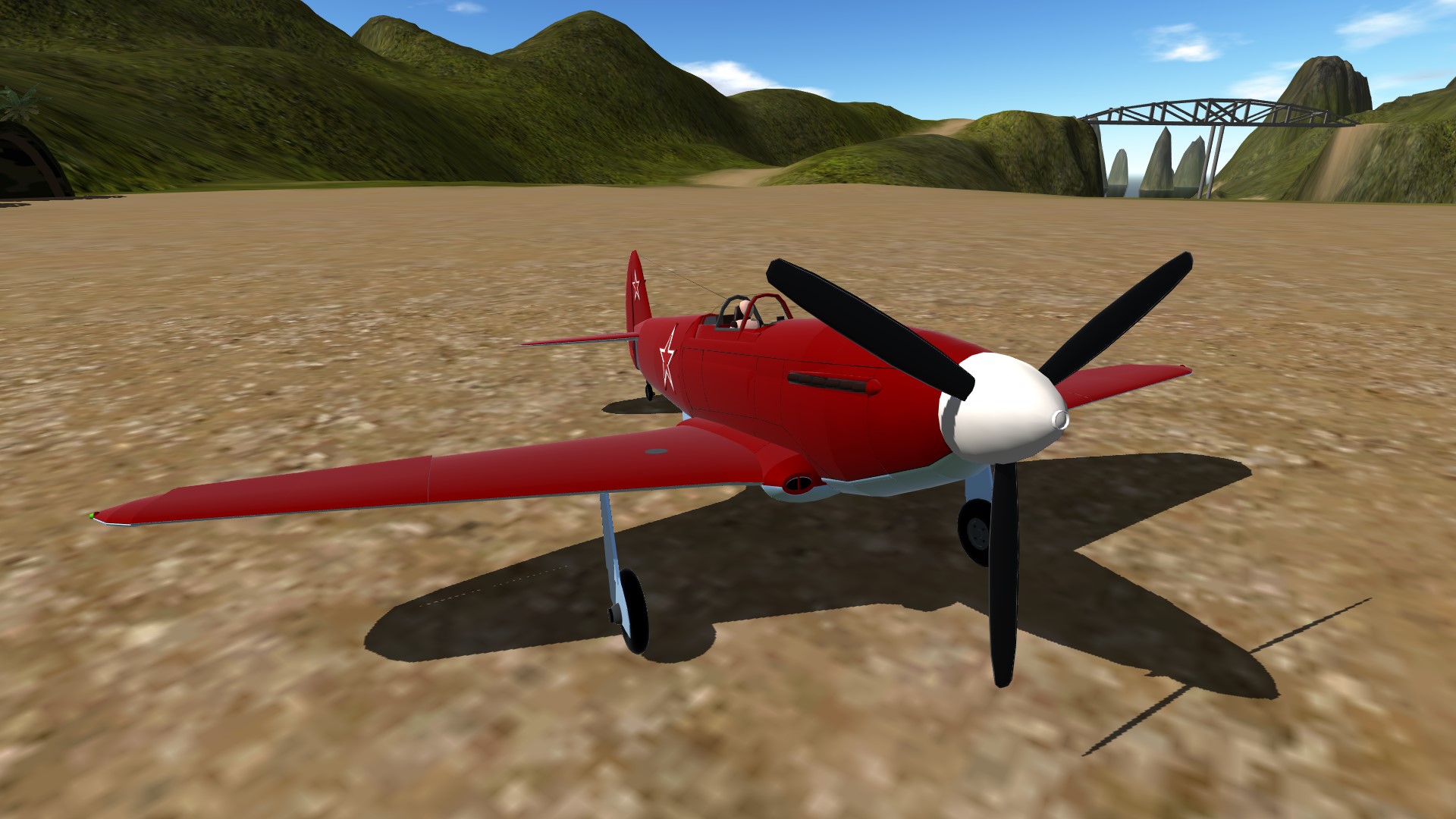 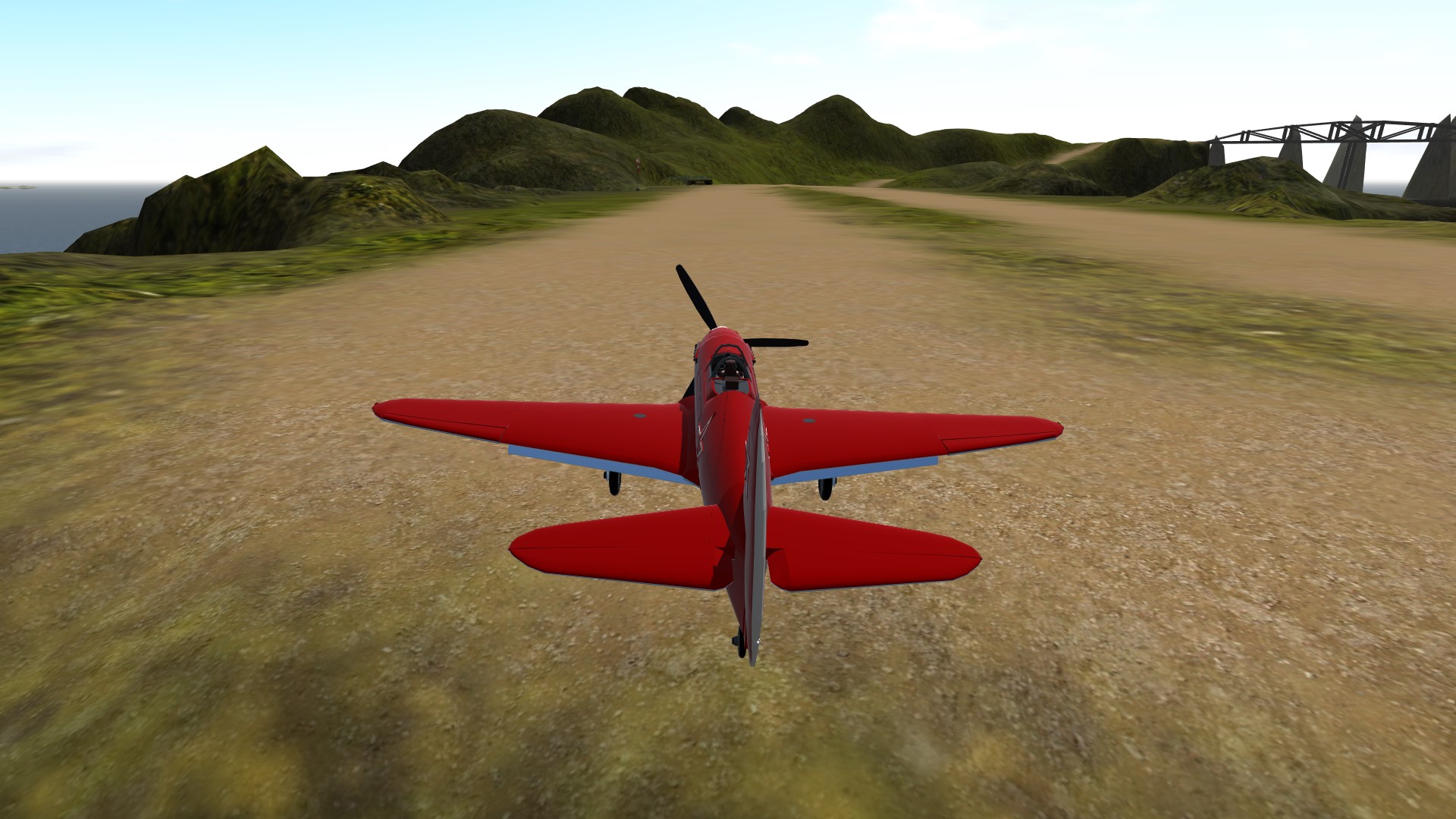 Standard controls. VTOL down for flaps.

First real attempt at custom control surfaces and landing gear. I will admit that the cockpit is not as detailed as usual. I am sacrificing cockpit detail that not even I look at often for external detail that is more easily visible. Originally intended as a joke plane that wouldn't fly at all but the joke quickly became unfunny long before I finished making it.

The Yakovlev Yak-3 was a single-engine single-seat World War II Soviet front line fighter aircraft. Robust and easy to maintain, it was much liked by pilots and ground crew alike. It was one of the smallest and lightest major combat fighters fielded by any combatant during the war. Its high power-to-weight ratio gave it excellent performance. It proved a formidable dogfighter. Marcel Albert, World War II French ace, who flew the Yak-3 in USSR with the Normandie-Niémen Group, considered it a superior aircraft when compared to the P-51D Mustang and the Supermarine Spitfire. Before the end of the war it was flown by Polish Air Forces (of the Polish People's Army formed in USSR) and after the war ended, it was flown by the Yugoslav Air Forces.

On mobile the top and bottom wings clip through each other a lot. Sorry about that. 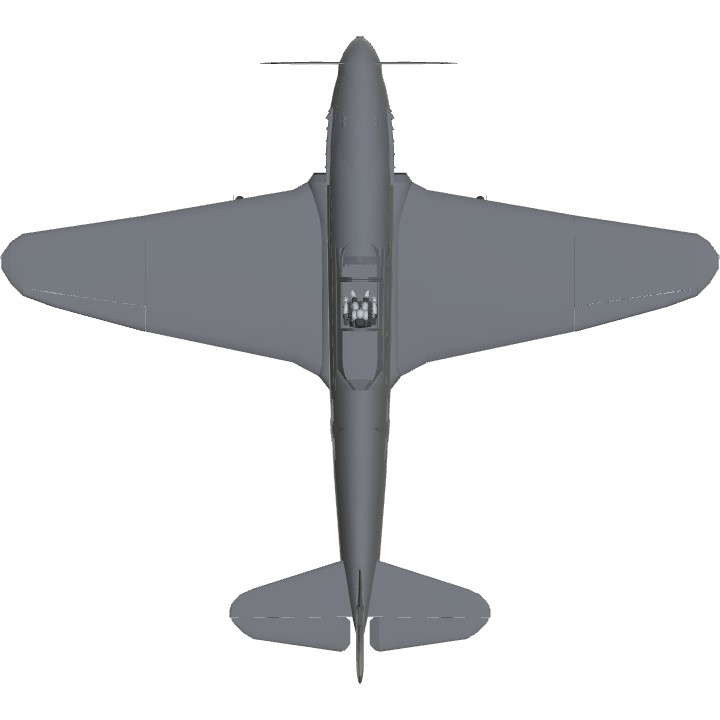 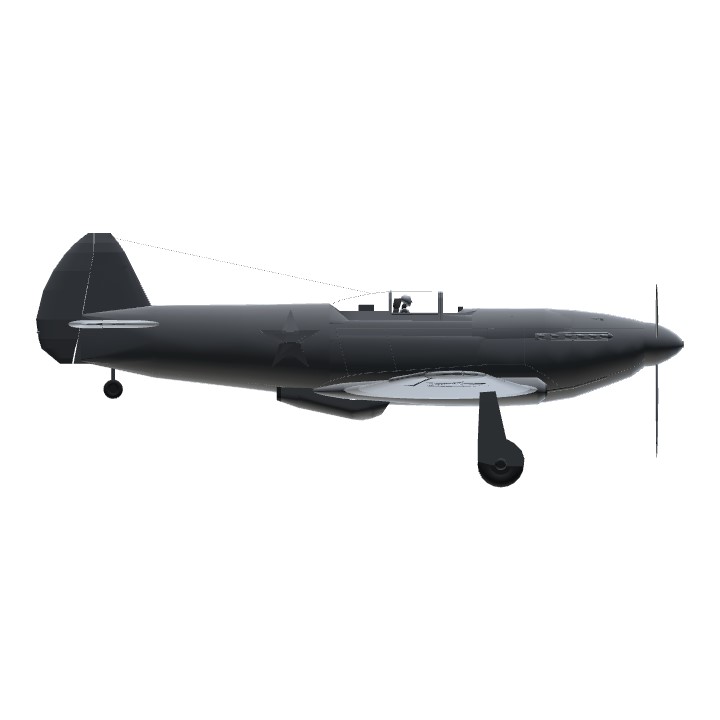 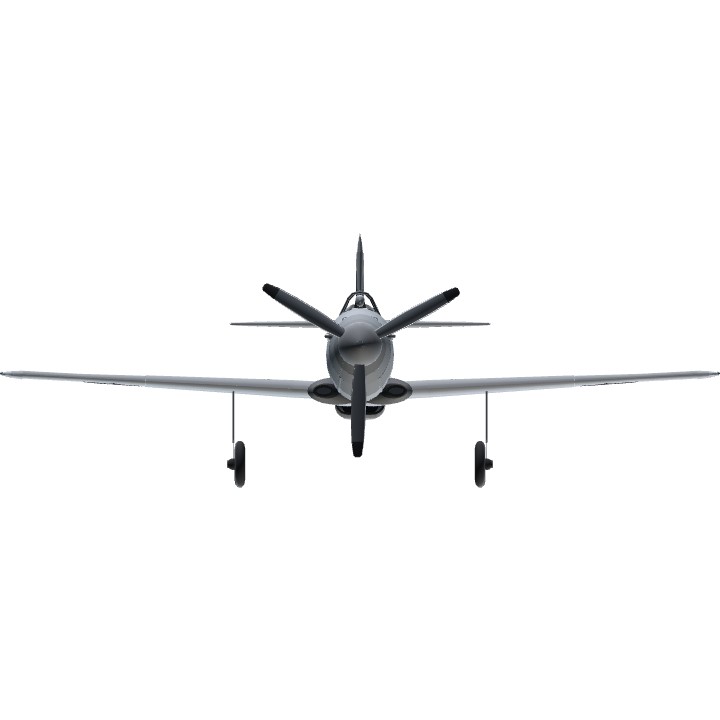