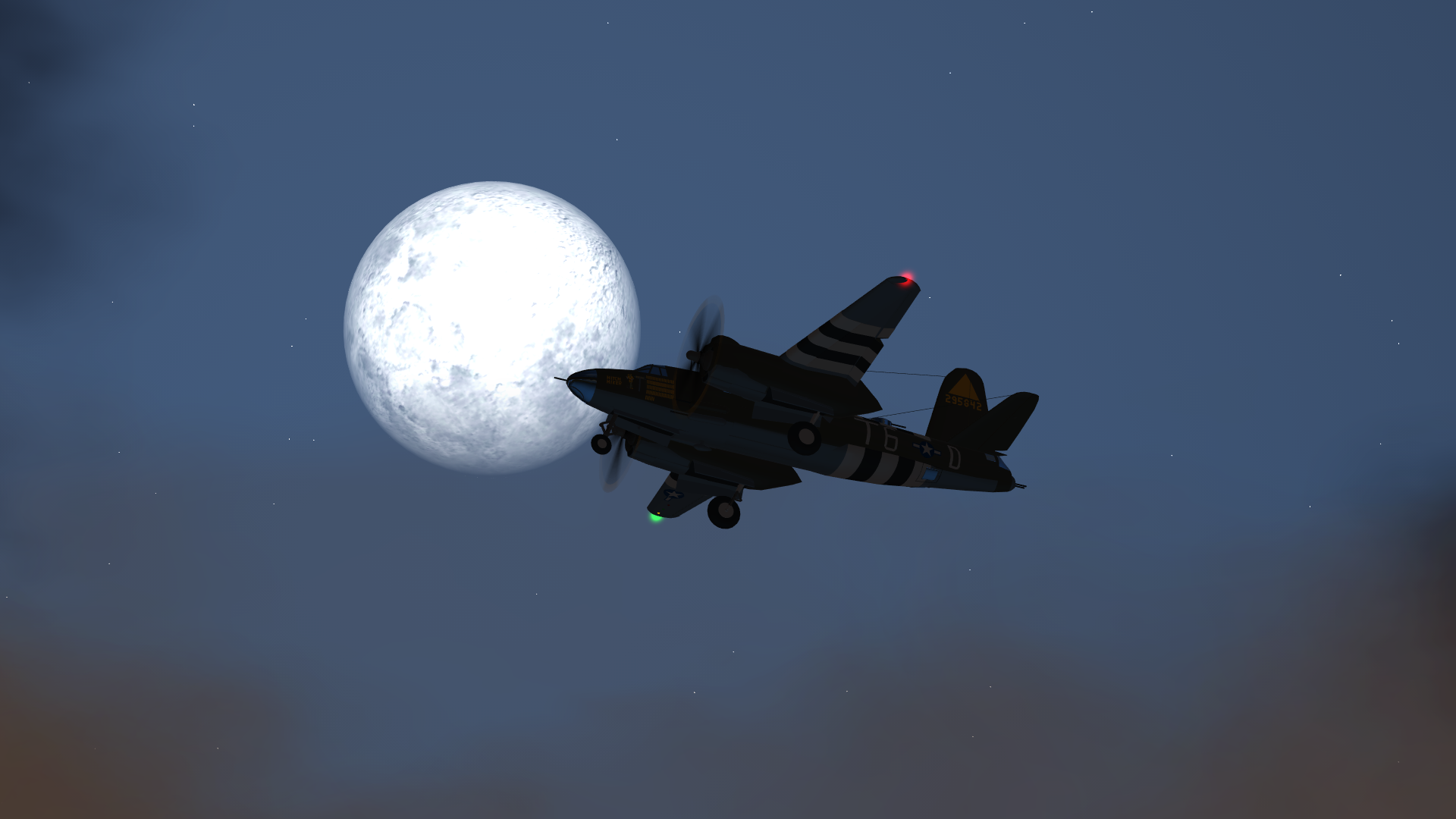 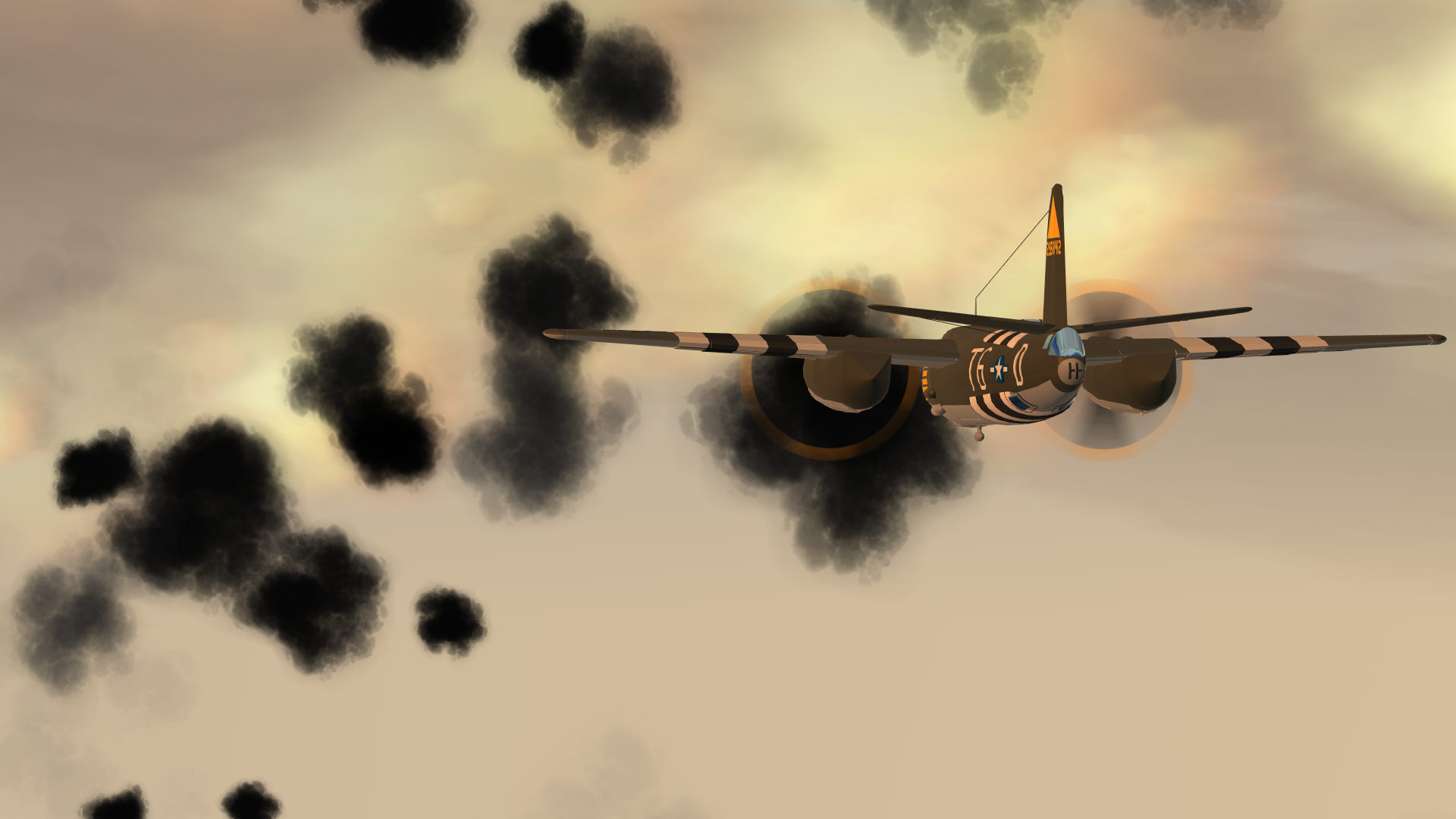 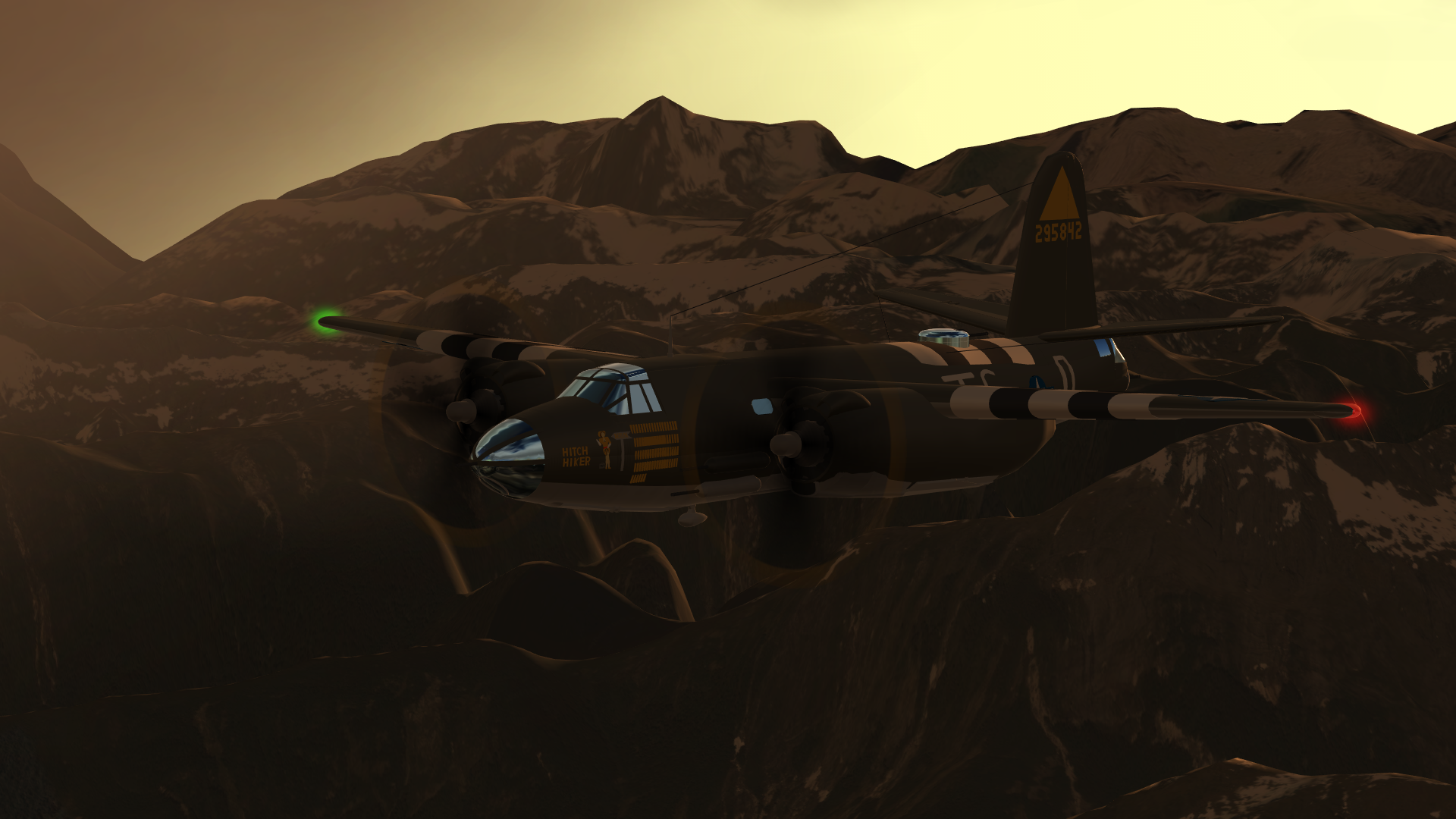 Edit: YO MY FIRST FEATURE? EEEEE-
Second edit: Thank you everyone for 100 Upvotes!

Hello everyone! Let me introduce my favorite aircraft.
This is the first build that I’ve spent many hours wasting on. I’ll never get those back... sadness
So, I must admit, I never expected to finish this build, and I expect it to not get very much publicity. Yes, I know some of you will say it’s “Good”, but to me it’s not perfect. I will remaster this in the future with a Full interior cockpit, and etc etc.

First off, I must say that Hedero’s A-20 Havoc has inspired me to build this back around the beginning of August/Late July.
DeezDucks gave me some tips, and some comments on the build. (Credits to him for giving me tips for the flight model.)

Now, I digress. So, back to the actual plane itself.
If you take a look at the fuselage in XML, don’t freak out when you see the health is boosted. I’ve worked on it for a while, I think I’ve engineered a better destruction system. When shot by a cannon, it will separate but will stick together in certain sections. (Depending on the size of the explosion)

Note: It’s recommended to drop bombs before disabling AG8, because the weight will make it loose altitude.
Disable AG8 before activating the turrets, which you might wanna use 1 at a time. They’re controlled by Roll and Pitch.
When disabling AG8, it will make you loose ability to govern your throttle.
This payload consists of 6 M64A1 500LBs bombs.
When landing, be aware this takes a high amount of speed (around 170-200 MPH), and it’s recommended to drop your payload before landing.

Now, here’s a history video on the Martin B-26 Marauder, if you wish to truly hear it. But I’ll sum it up.

The Martin B-26 Marauder is said to have been one of the most controversial combat aircraft of the Second World War. Called the "Widow Maker" because of a high accident rate that followed its introduction, by 1944 it had the lowest loss rate on operational missions of any American aircraft in the European theatre, reaching a point less than one half of one percent. The B-26 was numerically the most important USAAF medium bomber in Europe, where the aircraft was mainly used.

On July 28, 1944 at 12,500 feet on a bombing run near Grosley sur Risle, Normandy, the "Hitch Hiker" was taken apart at the waist by a German 88mm gun. Three survived, parachuting to ground. Culshaw, Lemmon and Rawlings, with over 170 bombing missions flown between them, heroes all, were killed in action.
Here’s a website that has all the documentation on this aircraft and it’s crew.
Clicky-click

Most of the pictures above are from FS2004. (They aren’t mine)

PS: I will be making a multiplayer friendly version after a while. I’m gonna be taking a break, because this made me have a... well, I dunno how to explain. I’ll just call it a Creators block. I don’t have energy to build anything else. Go look at my second recent forums post to see what I’m gonna build next. 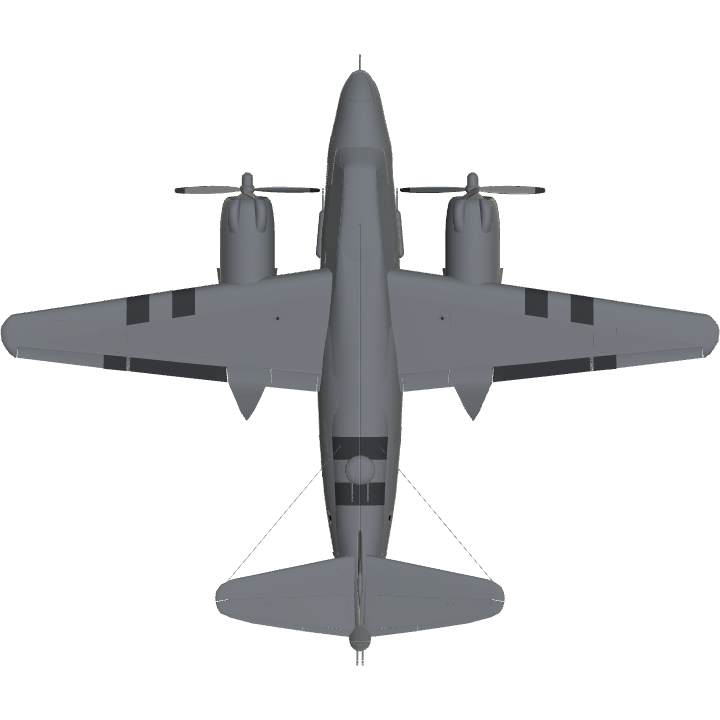 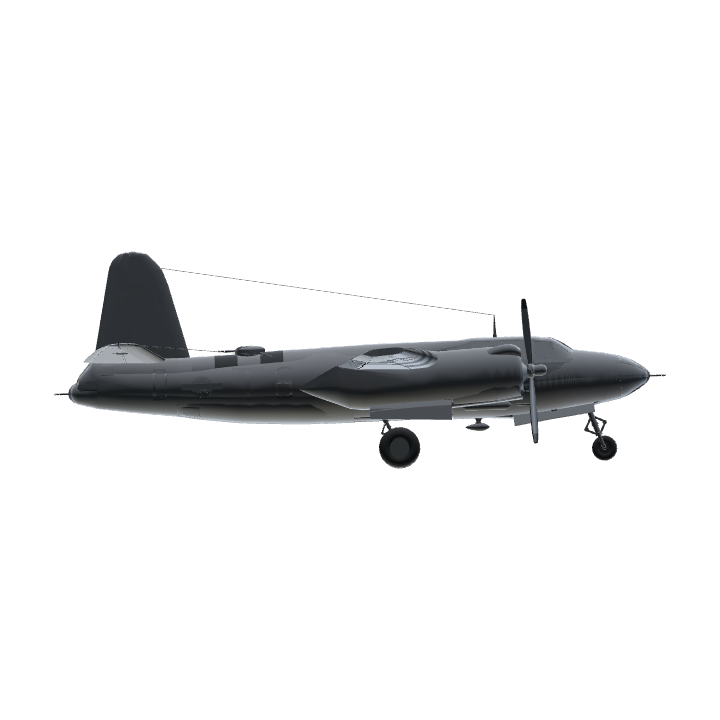 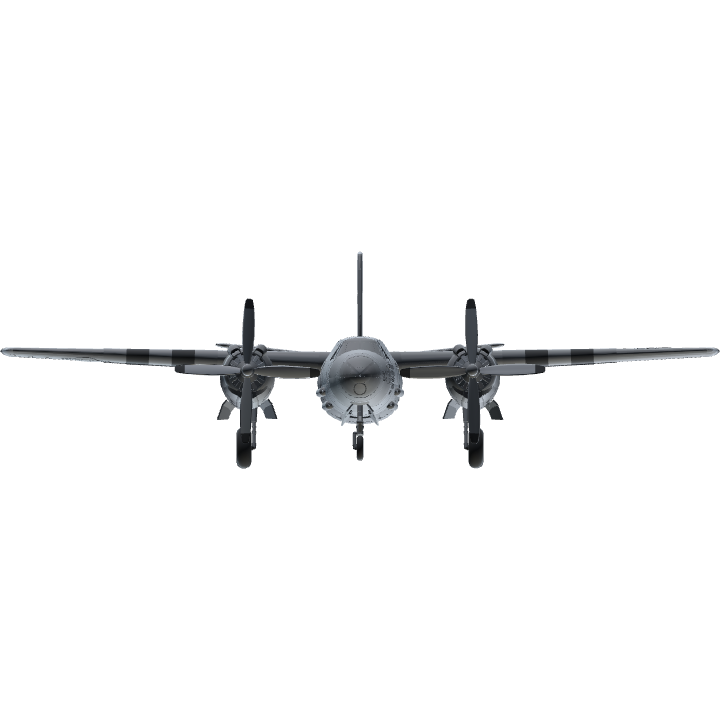