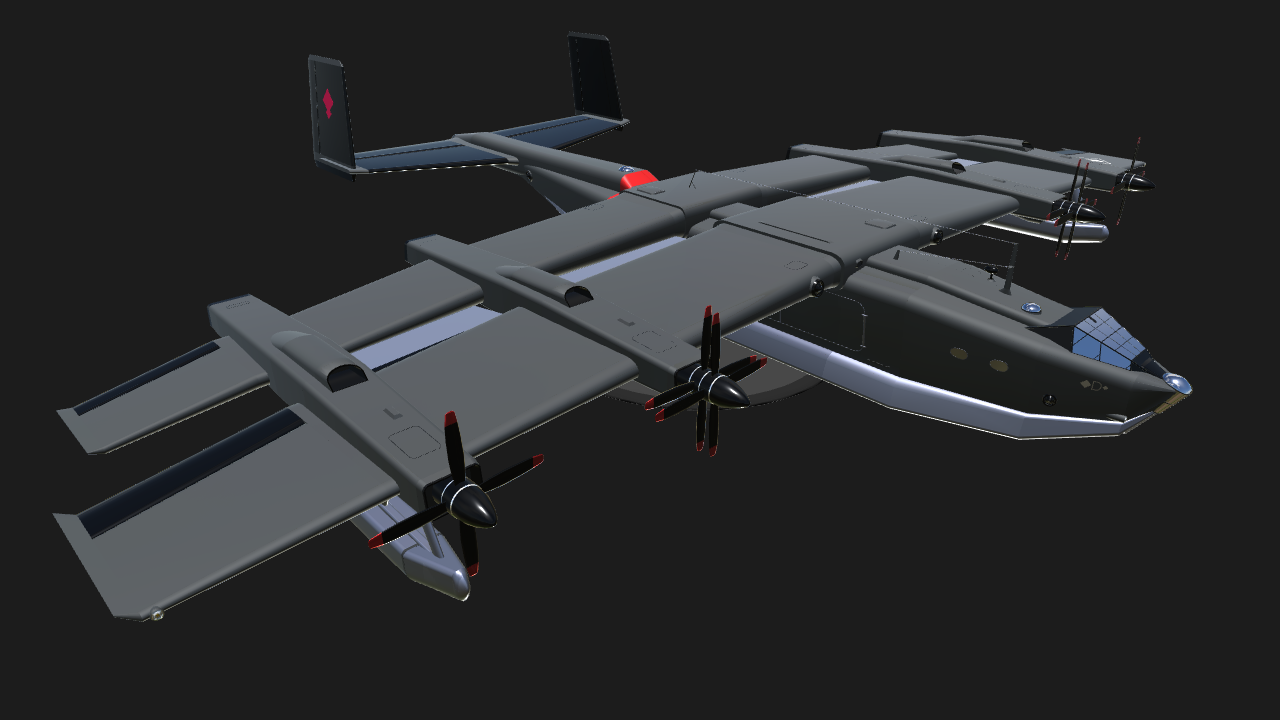 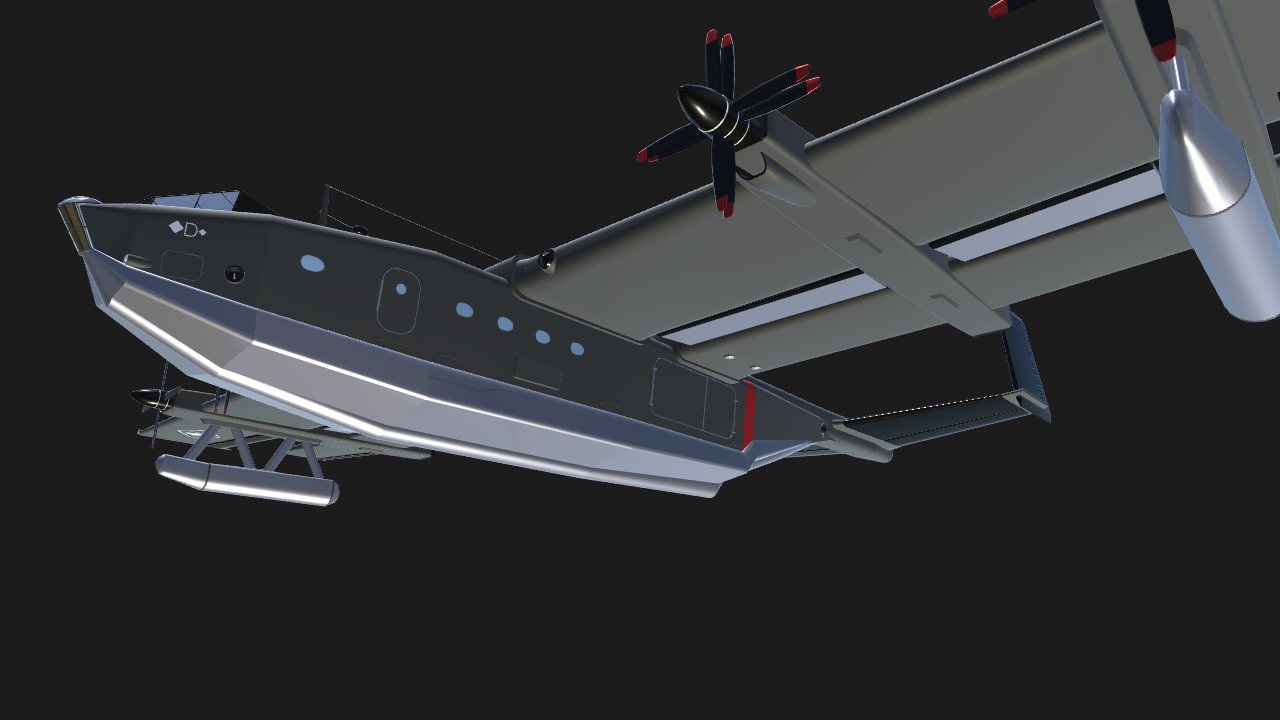 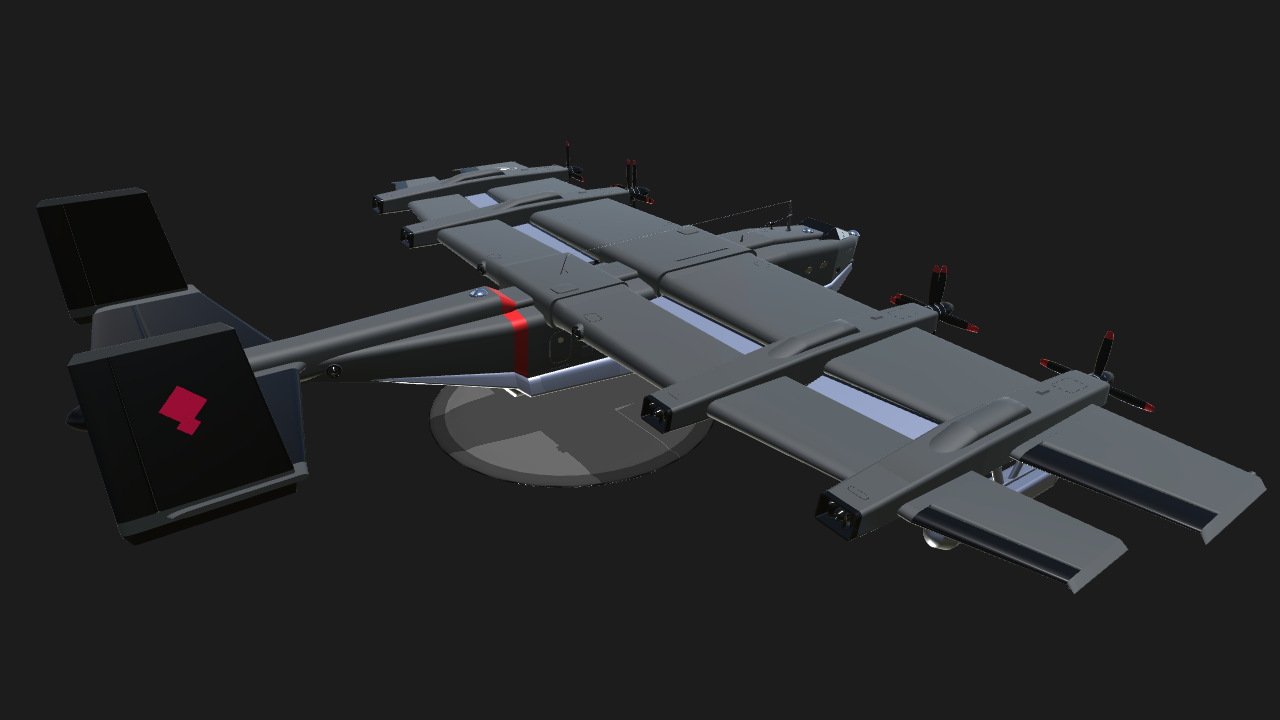 AG1 on to enable main propulsion. VTOL down half way to set flaps. Apply full throttle and pull up during take-off run. Unstick occurs at 160mph TAS. Once airborne in a positive climb and when speed reaches 240mph, VTOL centre to raise flaps . Maintain full throttle for climb, or throttle back and apply trim as required.

Note that Pitch authority is strong for take-off and landing; use gentle inputs in normal flight or use throttle and Trim.

Optimum setting for cruise is 60% throttle with appropriate Trim.

Use 15% a throttle and VTOL down fully for full flaps. On touchdown, Throttle off.

Sponsored by Garrisons 9 to 14.

His Majesty's Aircraft “Distant Link” carries out long range logistics missions to coastal garrisons on the Lower Diamond Peninsula and its neighbouring island ports. The craft mainly carries cargo and mail, but has a secondary role of troop transport when required.

For this build, I tried to use winches attached to pistons to make loading and unloading cranes next to each large cargo door. Worked ok on my laptop but on iOS, the winches kept exploding, despite trying all sorts of tricks including swearing loudly. Ho hum. 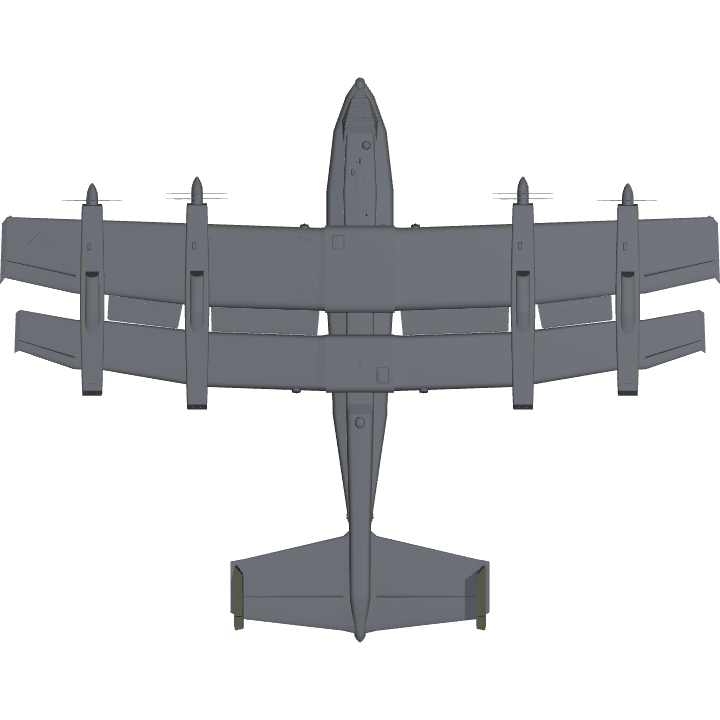 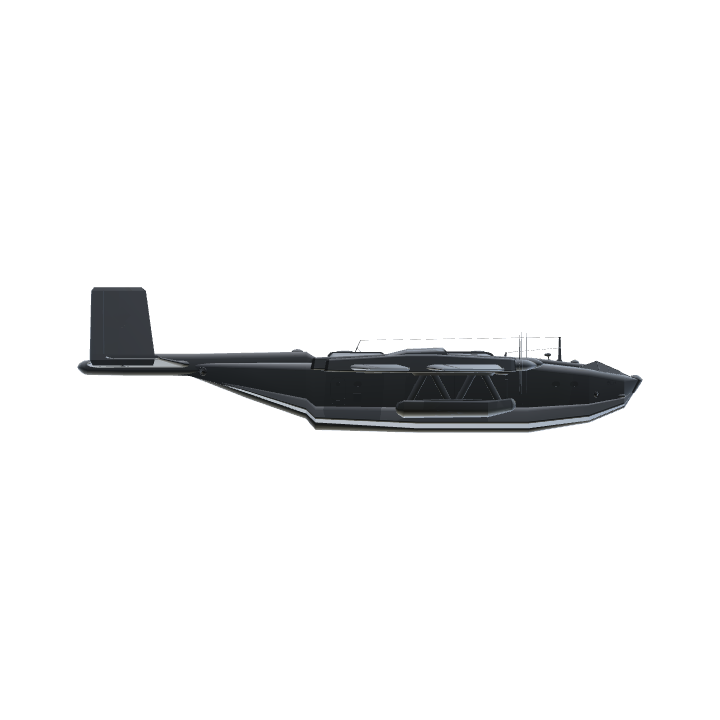 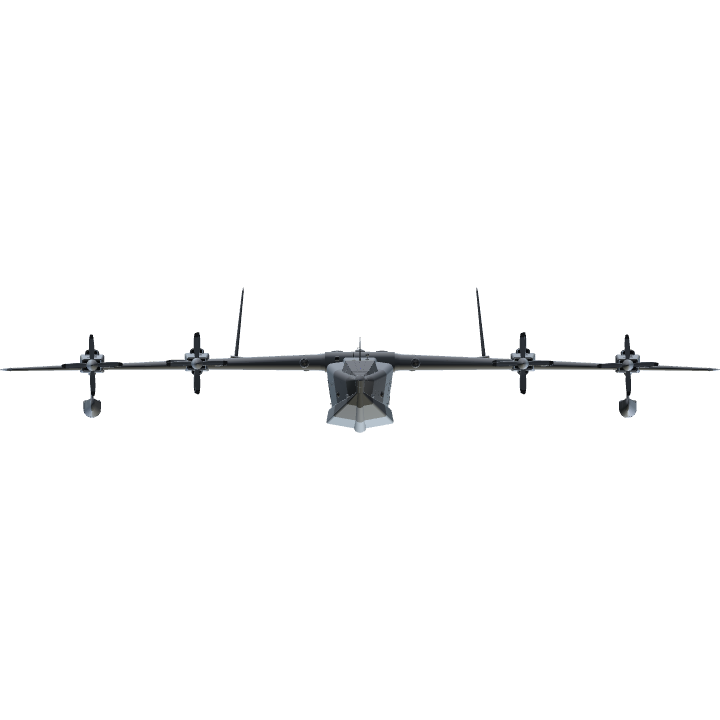