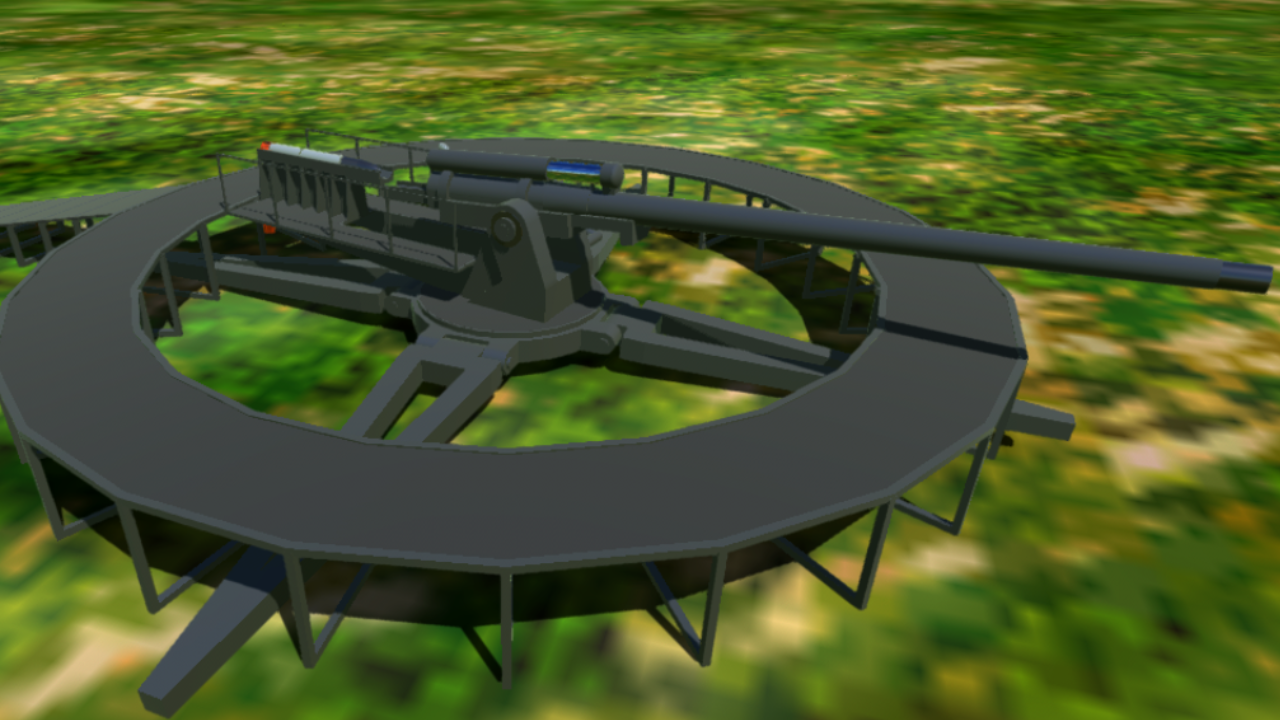 Meant for coastal defence, this 180mm high velocity naval gun is mounted on a stationery turntable and surrounded by a ring-shaped deck for quick delivery of ammunition to the loading platform via cart. It can traverse 360° and elevate up to 35°. Two propellant charges are loaded separately from the shell, and stored separately in bunkers close to the gun.
Gun fires 180mm, 100kg armor piercing or 96kg high explosive shells at the velocity of around 900m/s, up to a range of around 25km. Some examples are enclosed in a turret, while some, like this one, are unarmored. 180mm high velocity naval gun is also featured on M.Corp light cruiser, large destroyers, and mounted as a railway gun.

This is just a little something I've made to showcase the new update. I've managed to destroy USS Beast from 14km away with it. 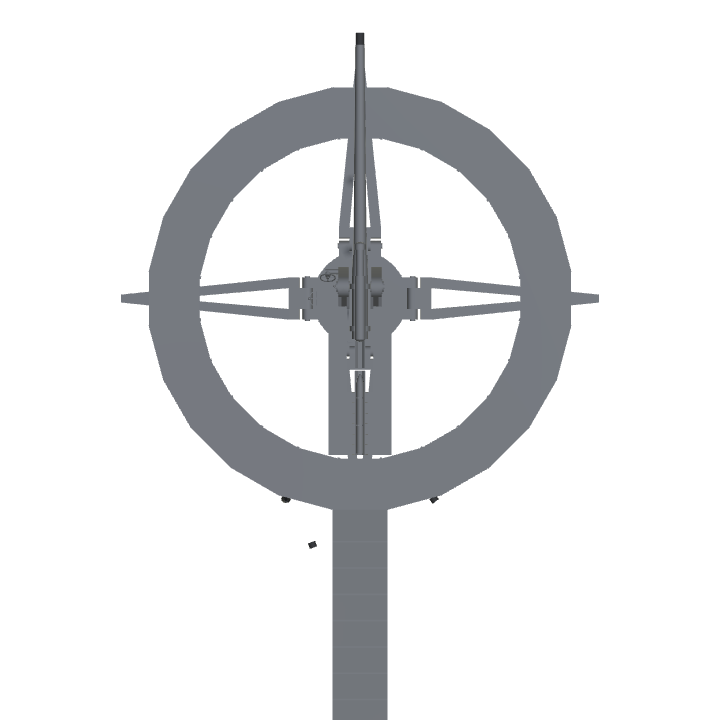 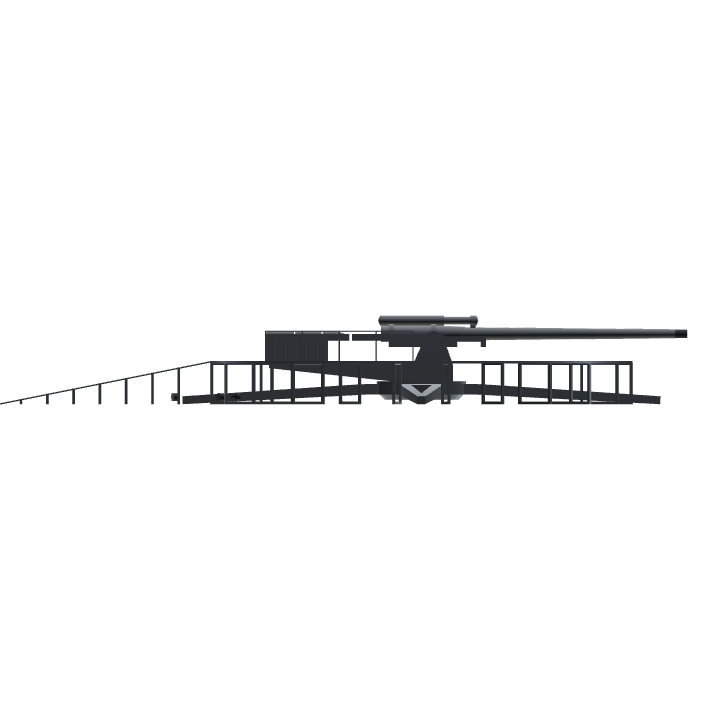 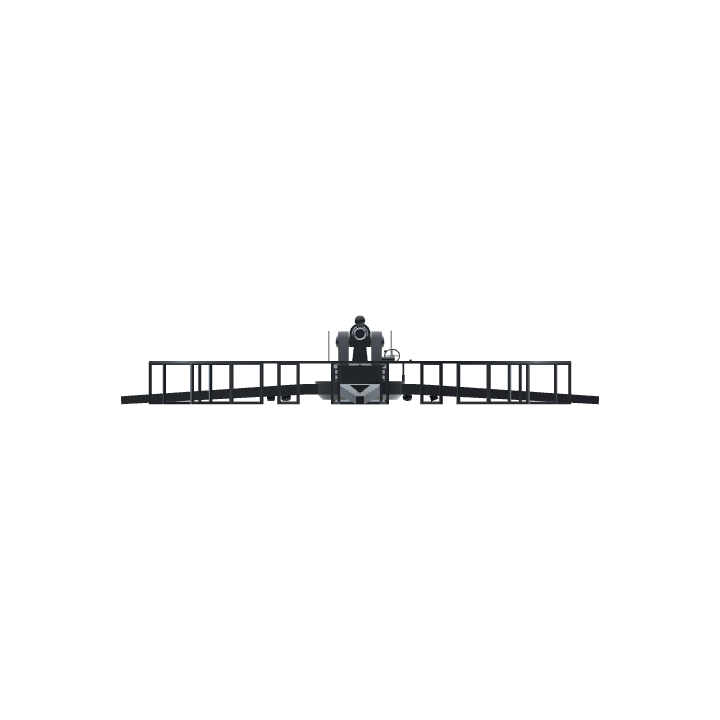