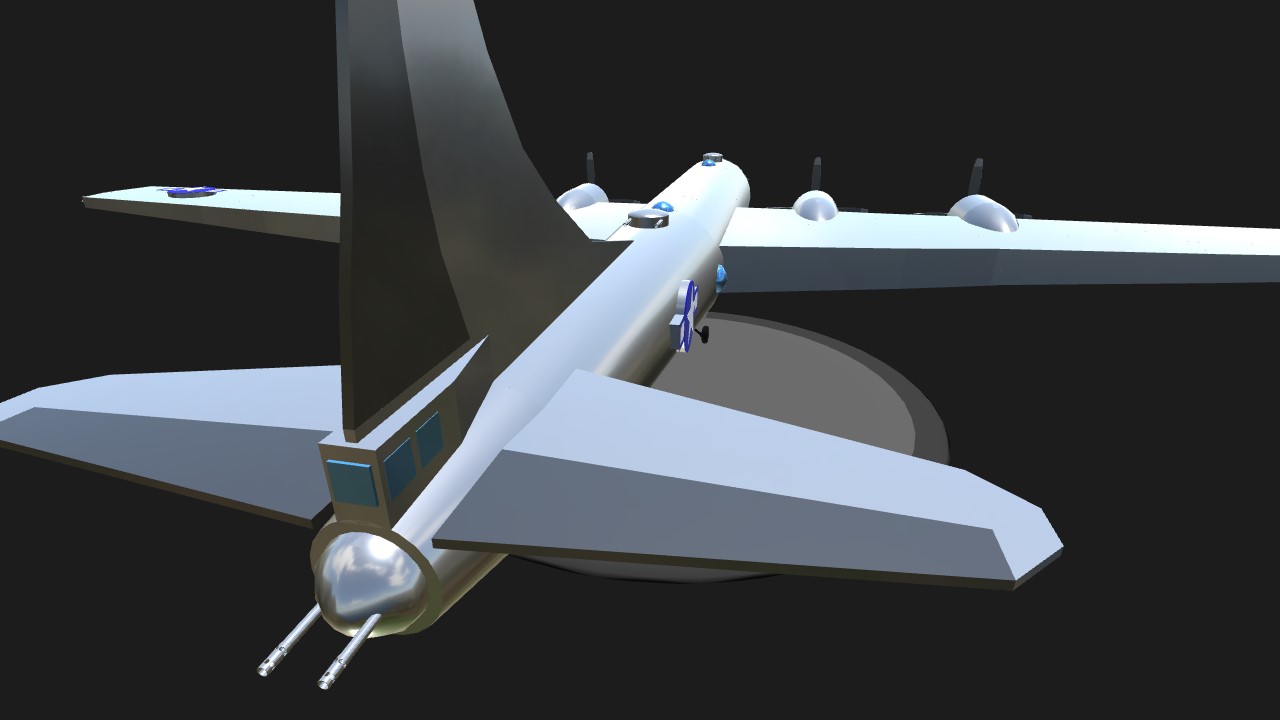 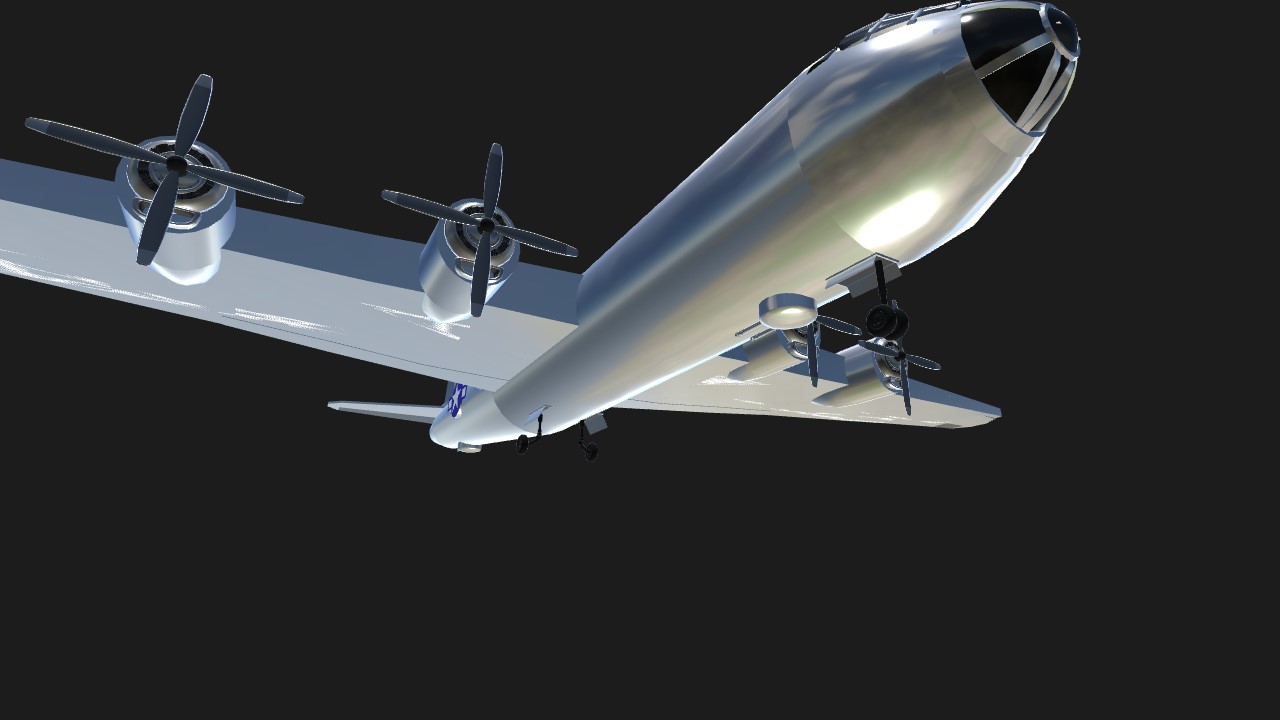 https://www.simpleplanes.com/a/7M7B1n/Boeing-B-29-Version-2 DOWNLOAD THAT ONE INSTEAD
As close to 1:1 scale as I could get. AG 1 activates the turrets. VTOL rotates most of them and Trim makes the ball turret go up and down. BE CAREFUL WHERE YOU AIM THEM!!!!!! Comes with 16 1,000 lb bombs. The Boeing B-29 Superfortress is a four-engine propeller-driven heavy bomber designed by Boeing and was flown primarily by the United States during World War II and the Korean War. It was one of the largest aircraft operational during World War II and very advanced for its time. It featured a pressurized cabin, all dual wheeled, tricycle landing gears, and a remote, electronic fire-control system that controlled four machine gun turrets. A manned tail gun installation was semi-remote. The name "Superfortress" continued the pattern Boeing started with its well-known predecessor, the B-17 Flying Fortress. Designed for high-altitude strategic bomber role, the B-29 also excelled in low-altitude nighttime incendiary bombing missions. One of the B-29's final roles during World War II was carrying out the atomic bomb attacks on Hiroshima and Nagasaki. Due to the B-29's highly advanced design for its time, unlike many other World War II-era bombers, the Superfortress remained in service long after the war ended, with a few even being employed as flying television transmitters for the Stratovision company. The B-29 served in various roles throughout the 1950s. The Royal Air Force flew the B-29 as the Washington until phasing out the type in 1954. The Soviet Union produced an unlicensed reverse-engineered copy as the Tupolev Tu-4. The B-29 was the progenitor of a series of Boeing-built bombers, transports, tankers, reconnaissance aircraft and trainers including the B-50 Superfortress (the first aircraft to fly around the world non-stop) which was essentially a re-engined B-29. The type was finally retired in the early 1960s. The B-29 production total was 3,970 aircraft. Dozens of B-29s remain as static displays but only one example, Fifi, remains on flying status. As of 2015, another B-29 is being restored. 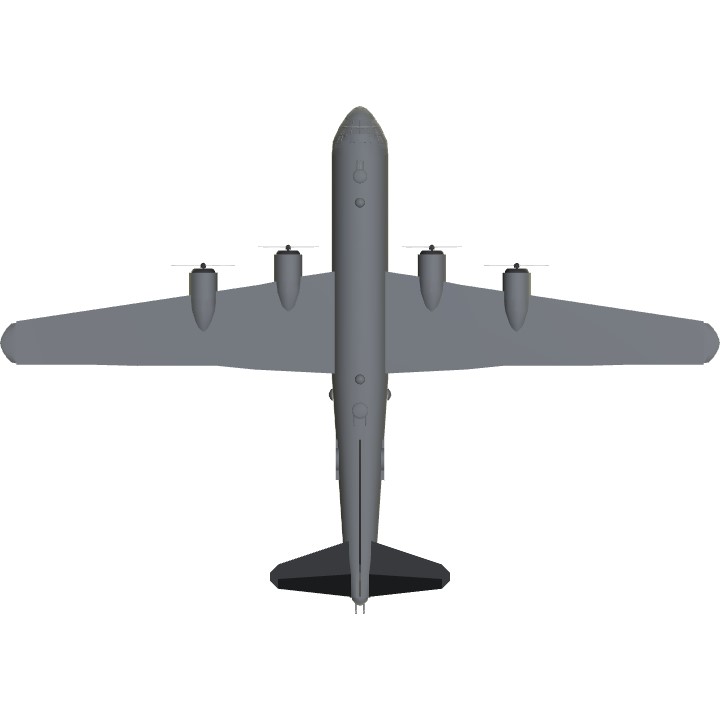 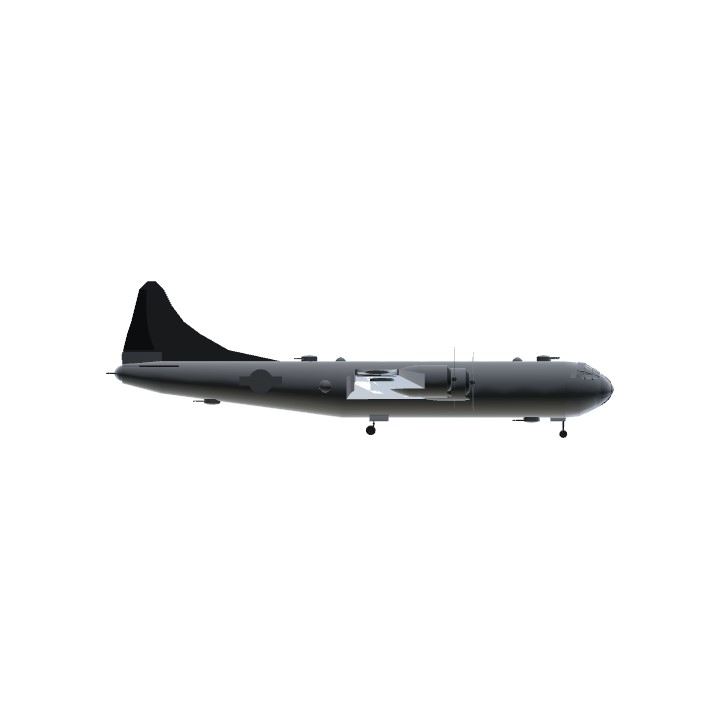 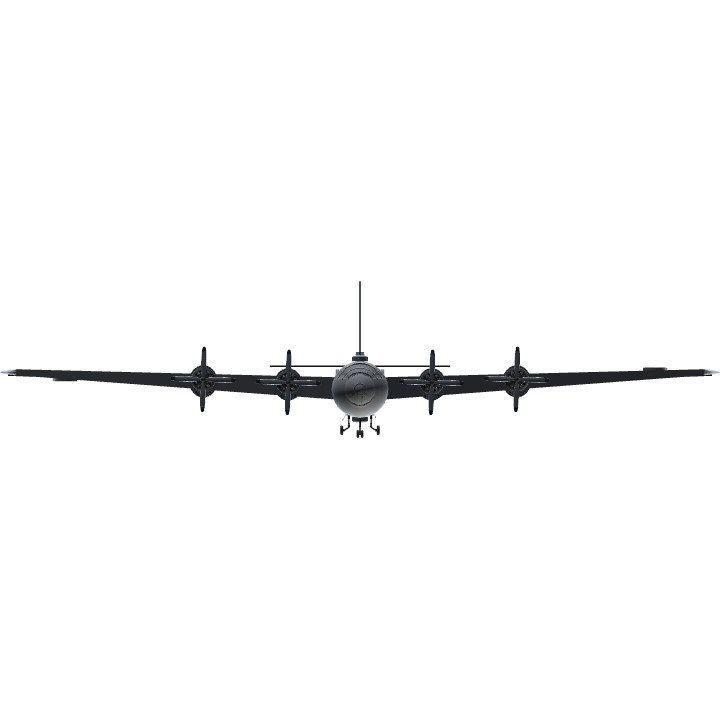