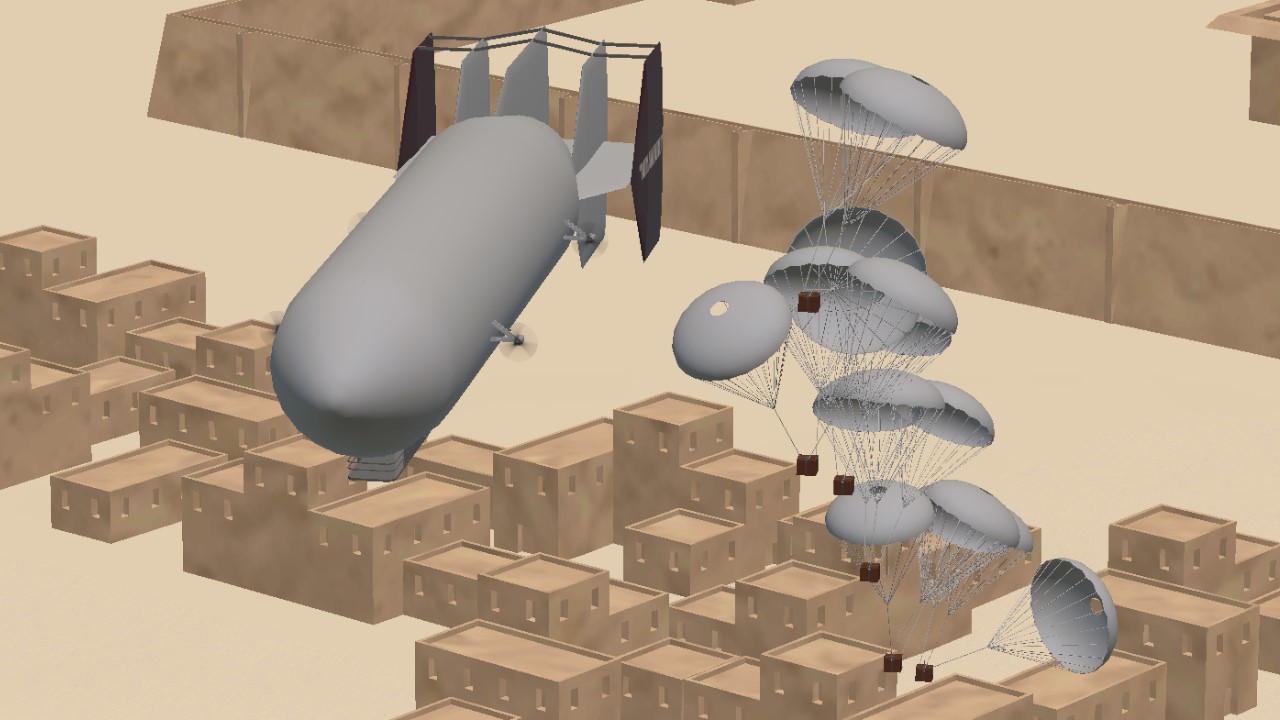 Cargo will start dropping in 32 seconds after spawn and fully parachuted in 40 second mark, thank you for reading.

Eldian-class is a cargo dropship designed back in the 1900's by the Kaisenkan Empire to fulfill light assault and cargo lifting duty, designed to be as silent as possible, Eldian-class also has a quite good top speed and good lifting capacity but it's poor defensive armament tends to discourage them from flying alone without escort, overall, though respectable, Eldian-class was an airship from another age when compared to other contenders

Destruction of her critical components will result in the airship's rapid decrease in altitude, health as listed: 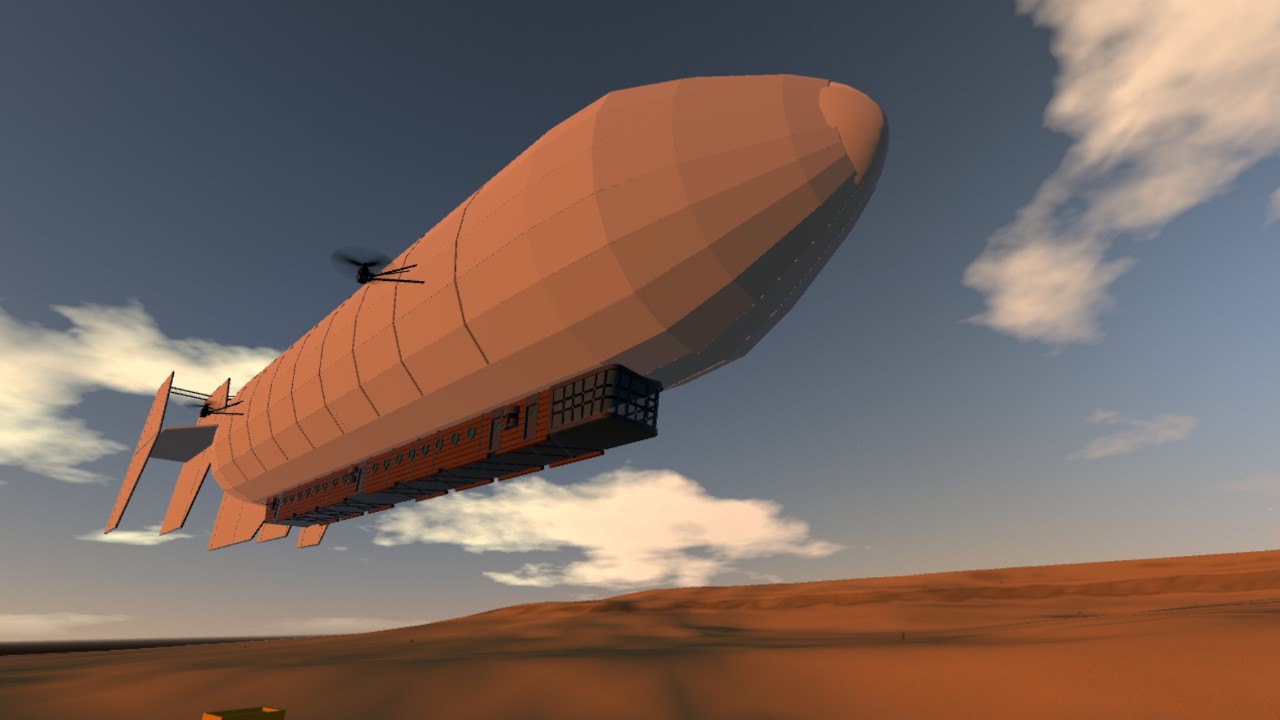 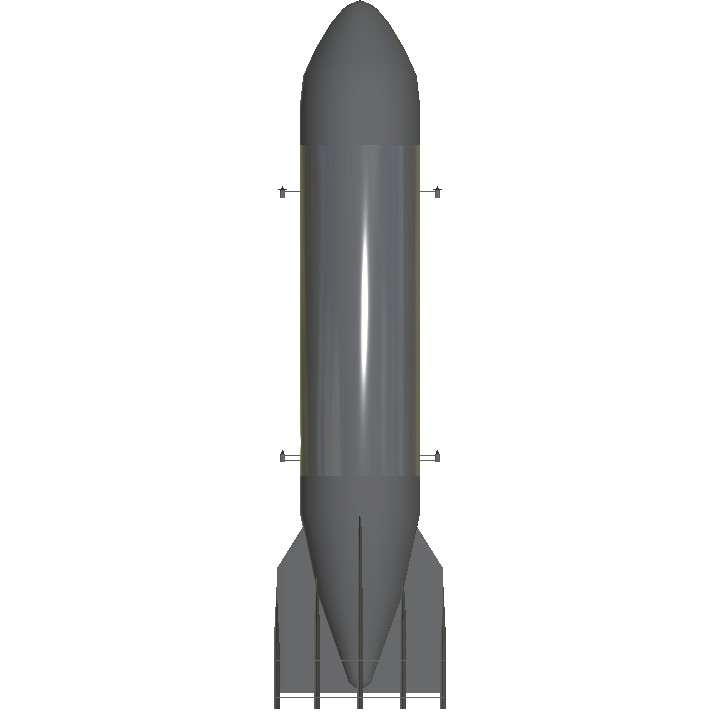 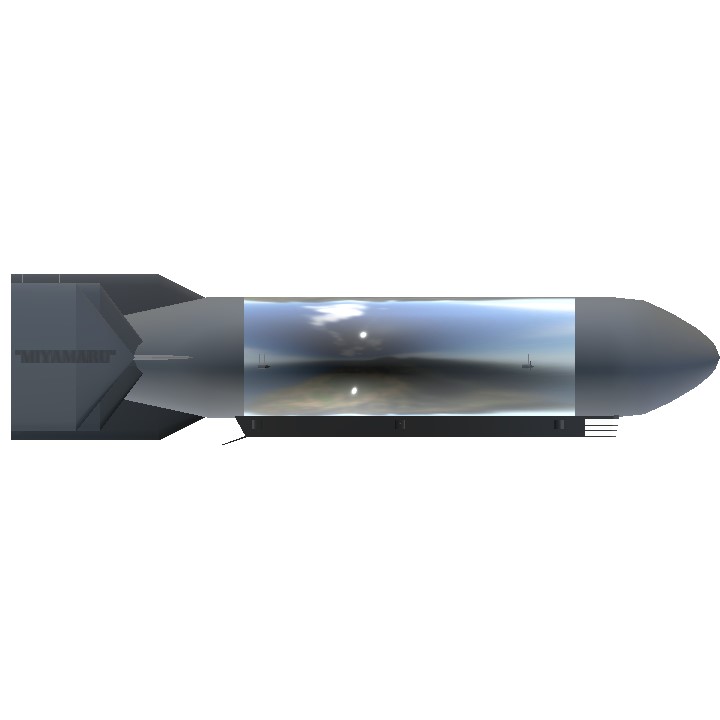 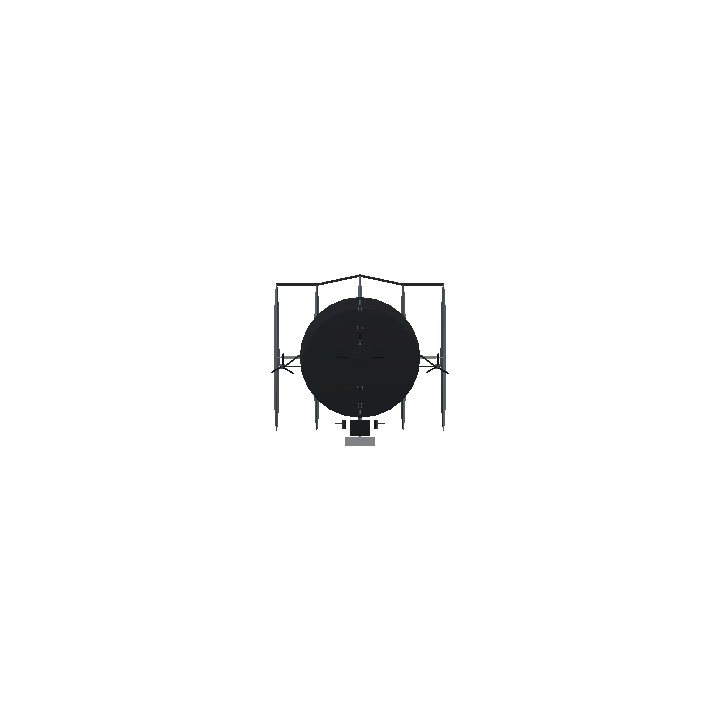