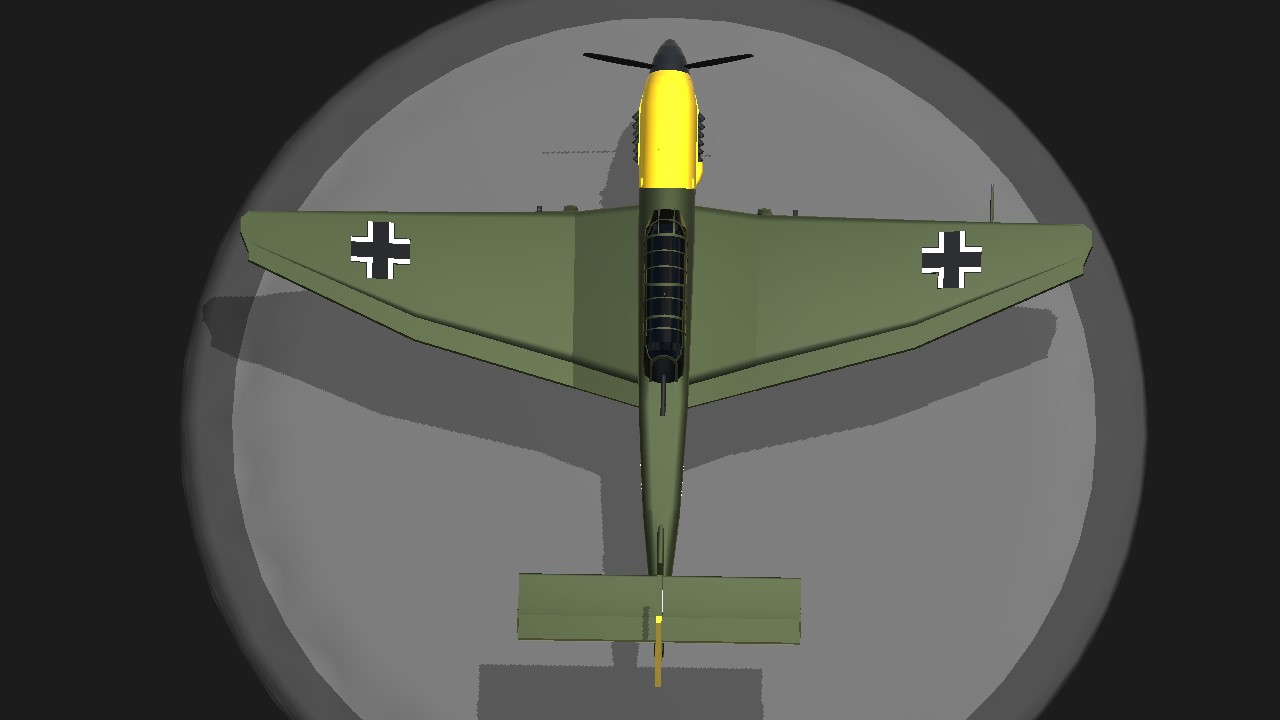 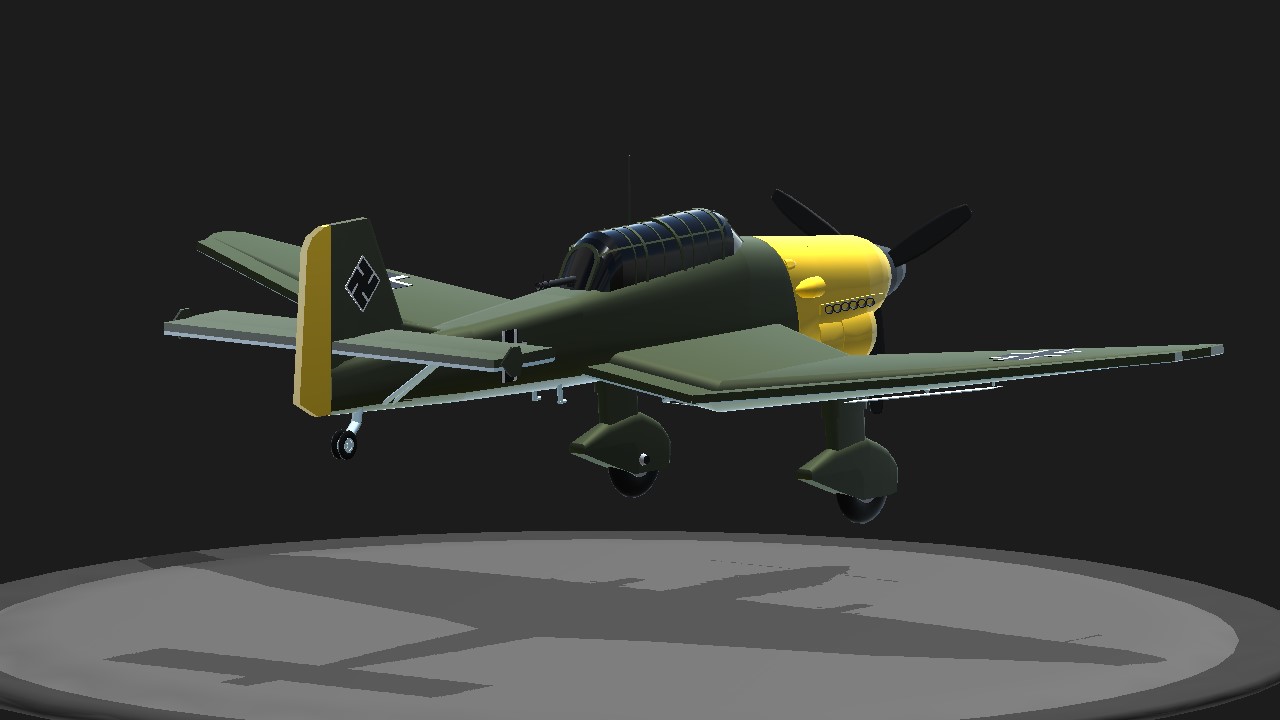 ''The Junkers Ju 87 Stuka was a single-engine dive bomber and attack aircraft of the WWII era. The most famous Stuka pilot of the war was Hans-Ulrich Rudel, the most highly decorated Luftwaffe pilot in history. Despite its slow speed and mediocre aerodynamics (the landing gear was fixed), the Stuka was one of the most effective Luftwaffe aircraft early in the war due to its pin-point accuracy in a dive. The Ju 87 remains one of the most recognizable symbols of the Blitzkrieg.''

''The Stuka was an innovative design for its time, including such elements as automatic pull-up dive brakes which could recover the plane from a dive even if the pilot blacked out, and the infamous Jericho Trumpet sirens, activated by the airstream during the dive, which produced a demoralizing high-pitched whine. The Ju 87 B could carry up to 1,000 kg of bombs, but only without a rear gunner, and at a greatly reduced range.'' 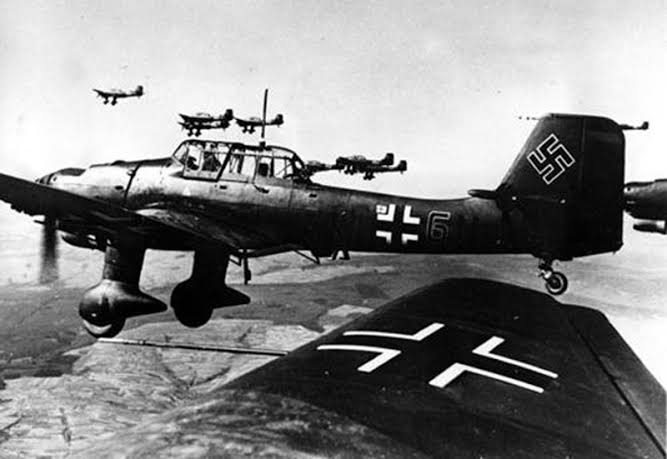 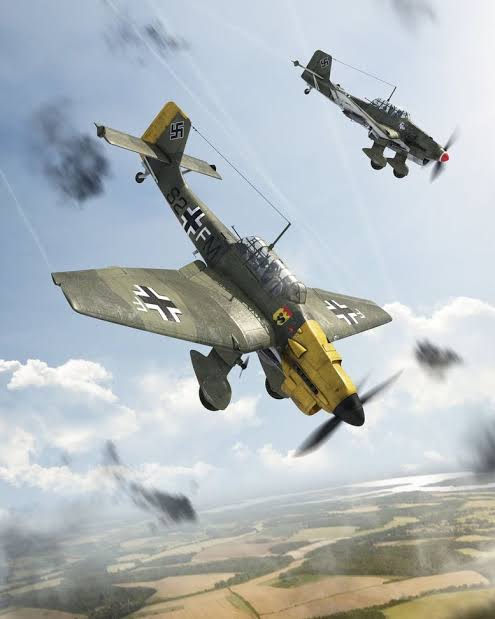 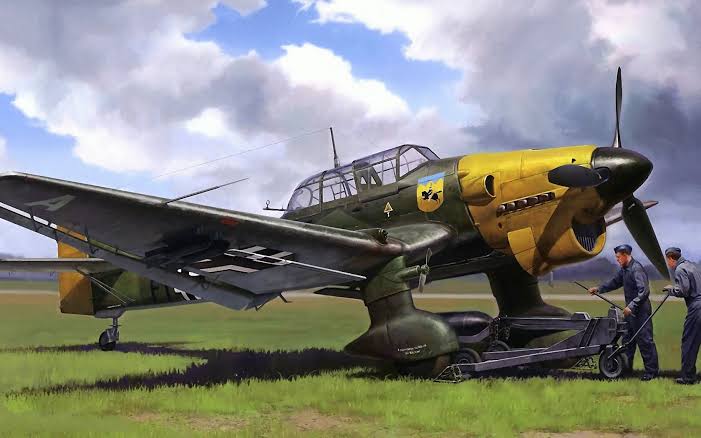 ''The Ju 87 B-2s that followed had some improvements and were built in several variants that included ski-equipped versions (the B-1 also had this modification) and at the other end, with a tropical operation kit called the Ju 87 B-2 trop. Italy's Regia Aeronautica received B-2s and named them the "Picchiatello", while others went to the other members of the Axis, including Hungary, Bulgaria and Romania. The B-2 also had an oil hydraulic system for closing the cowling flaps. This continued in all the later designs.''

''Production of the Ju 87 B started in 1937. 89 B-1s were to be built at Junkers' factory in Dessau and another 40 at the Weserflug plant in Lemwerder by July 1937. Production would be carried out by the Weserflug company after April 1938, but Junkers continued producing Ju 87 up until March 1940.'' 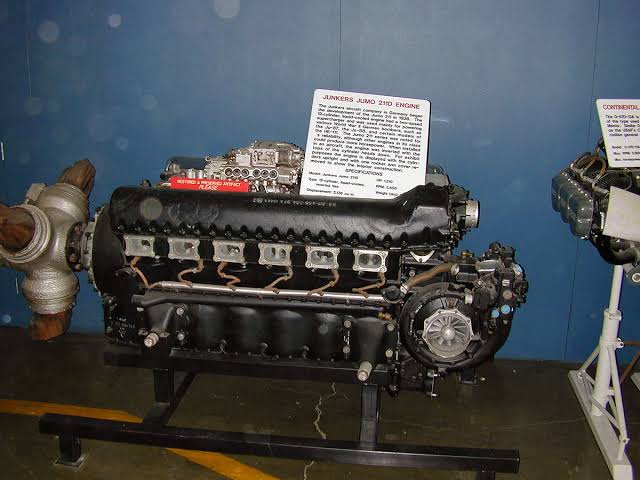 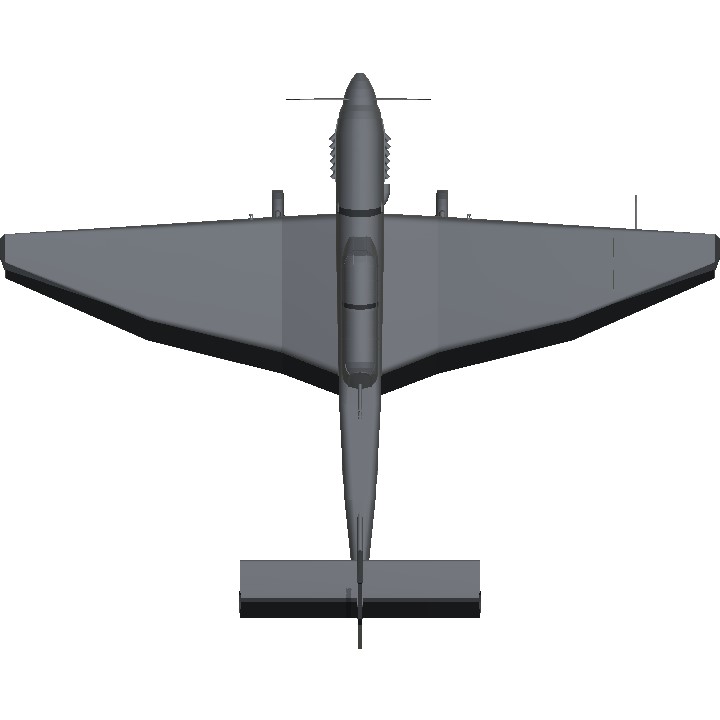 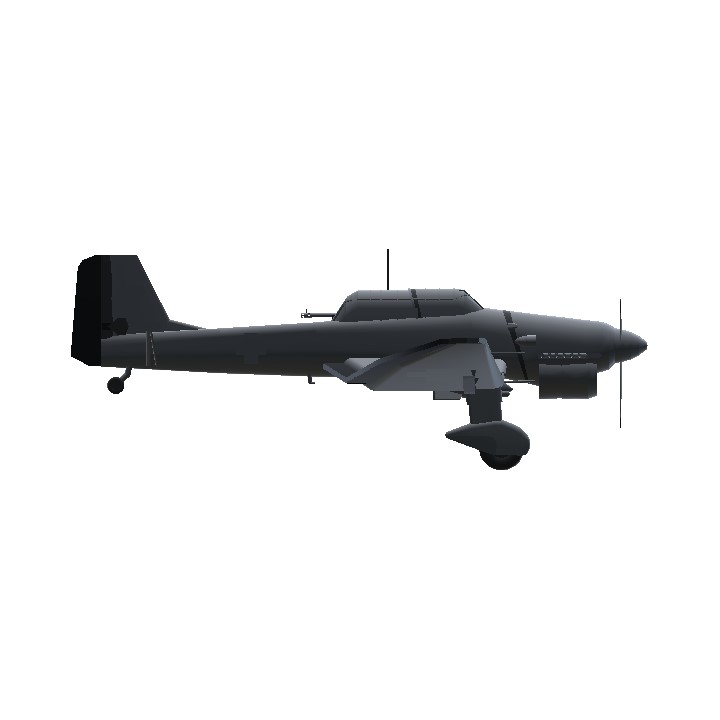