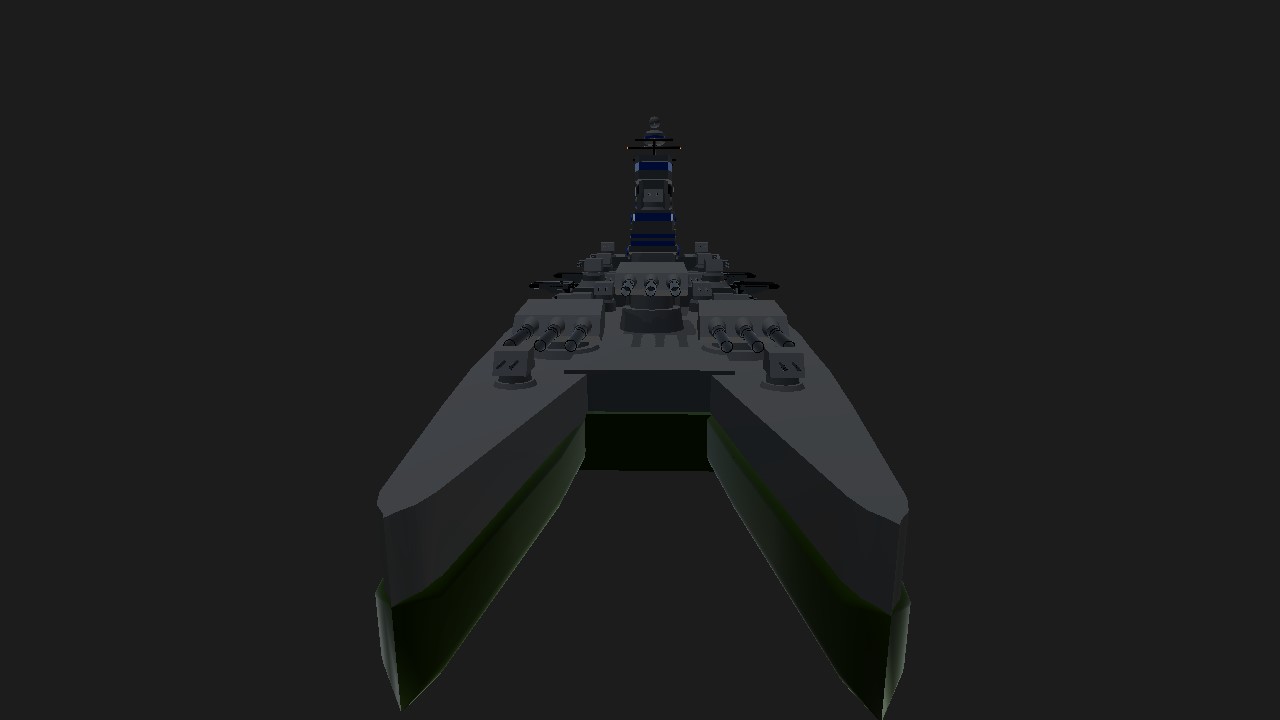 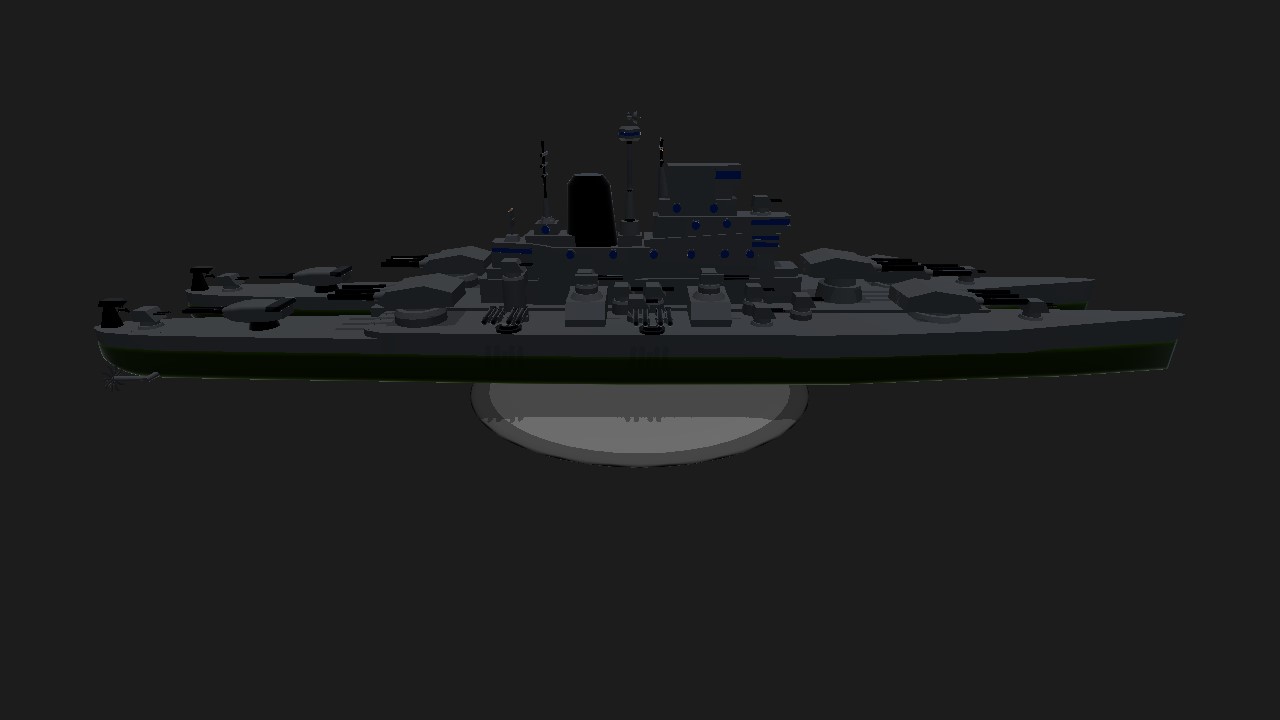 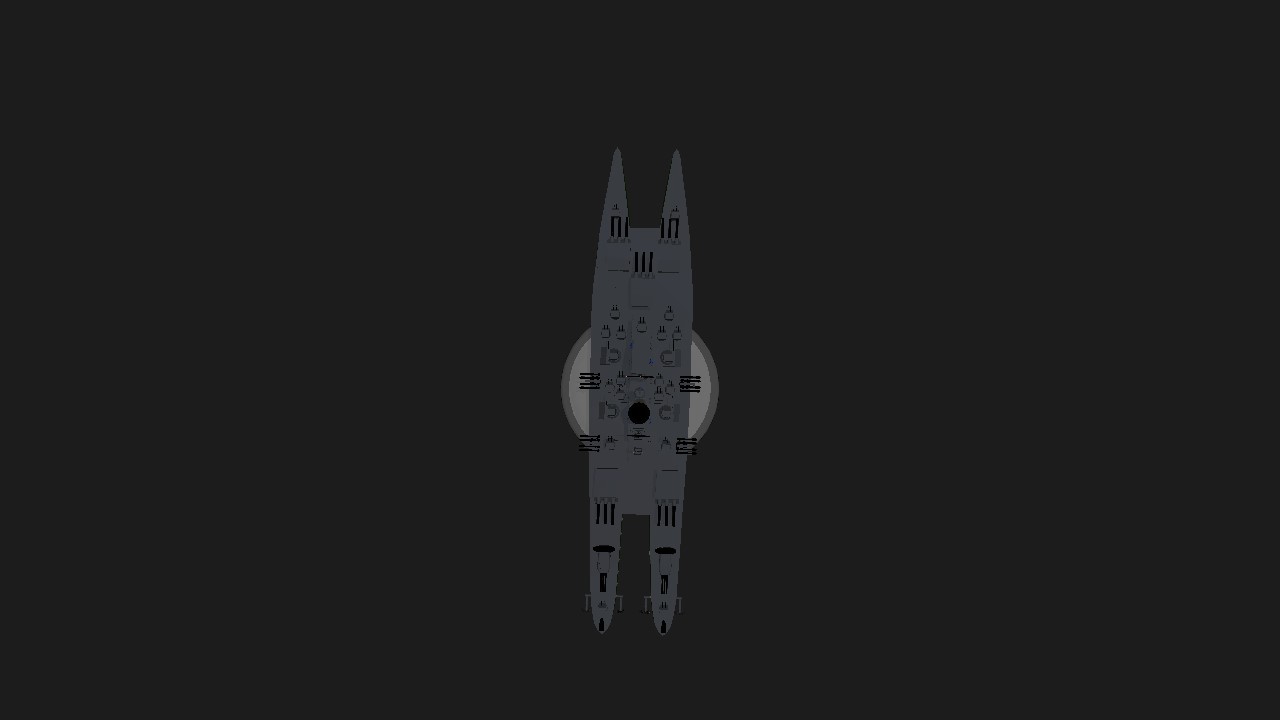 Is it a battleship? Well, sort of, but it is actually two cruiser hulls fused together to form this monstrosity. The Camtarcon Class Twin Hull Cruiser nicknamed "The Floating Fortress", is a experimental Heavy/Battlecruiser that can face anything ahead of itself, aircraft, ships, etc. Its autonomous AA weapons make short work of planes, and its 5 heavy 3B turrents make short work of any ships or any land structures ahead of it. Its massive and powerful, but it affects its speed and maneuverability. Usually this ship is the flagship of any medium to a large task force, truly a vessel for an Admiral.

And also this ship is a celebration of hitting over 2000 upvote points, it really has been a long way, from my first design the simple planes and other first builds of ships I've made, I learned new techniques building bigger and better ships, I've finally built the perfect Destroyer, cruiser, and battlecruiser, then I've made many jet fighters, and planes, I know I'm not at my peak, but I'm so proud of all of you that led me along the way, thank you for everything!

Reminder: once the game starts it can be the only thing spawned, maybe a small plane for some good action but it creates lag for its massive size, and weapons amount for mobile, I do not know for computer people tho. 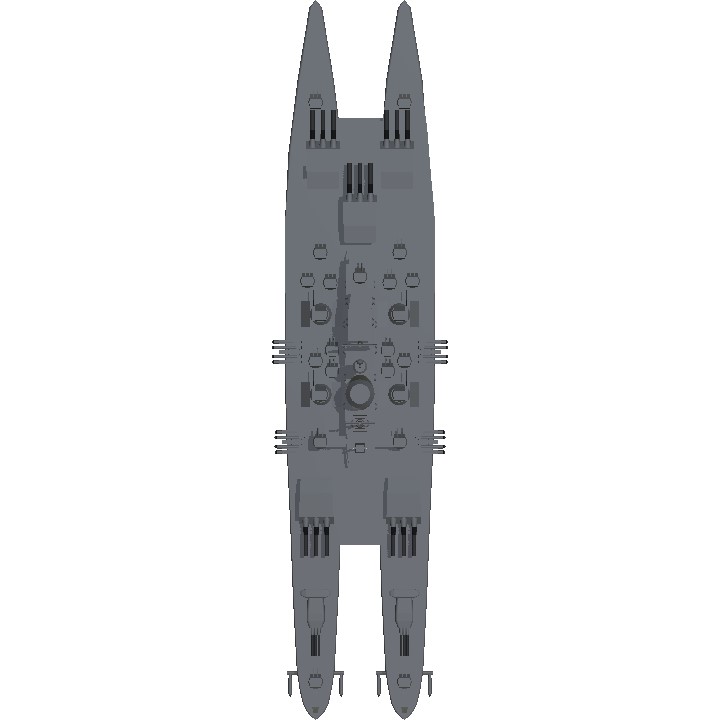 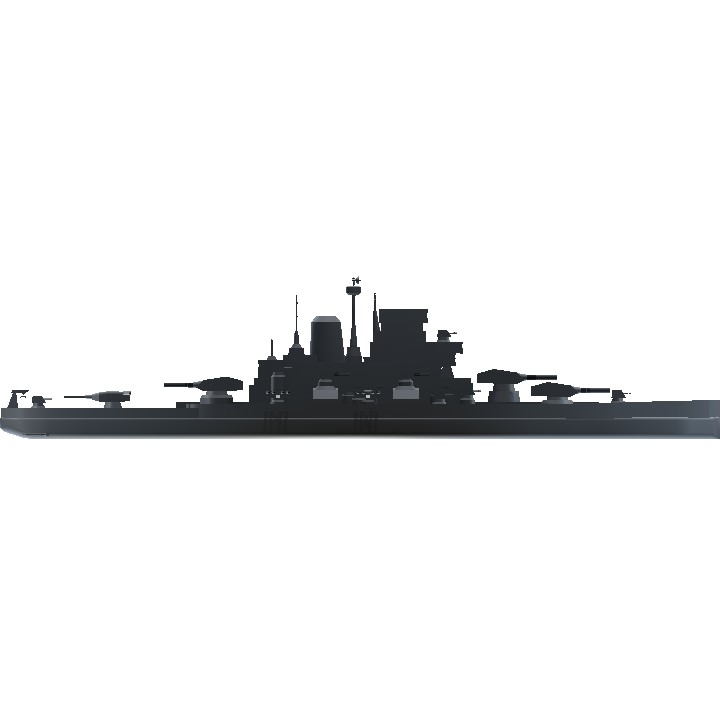 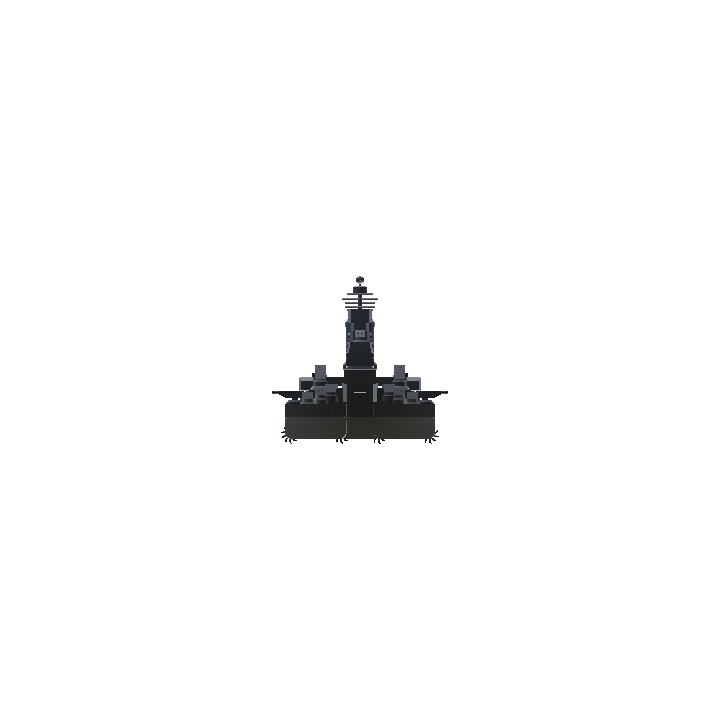