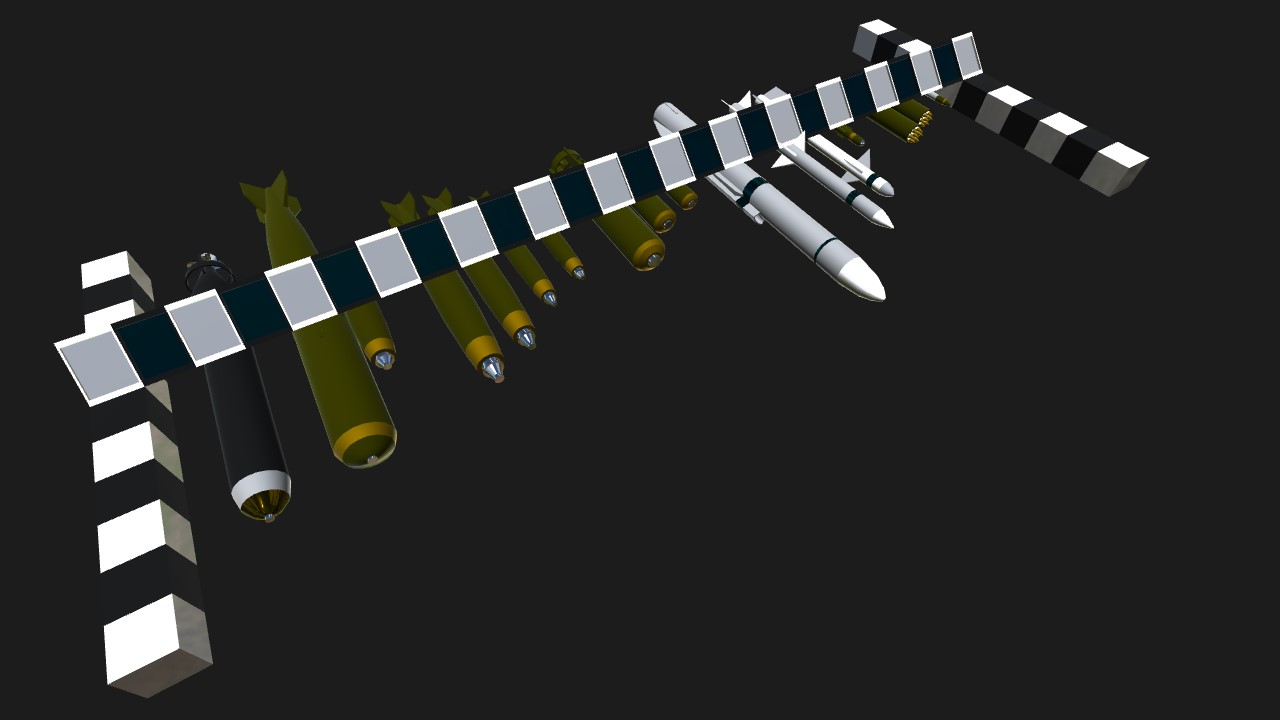 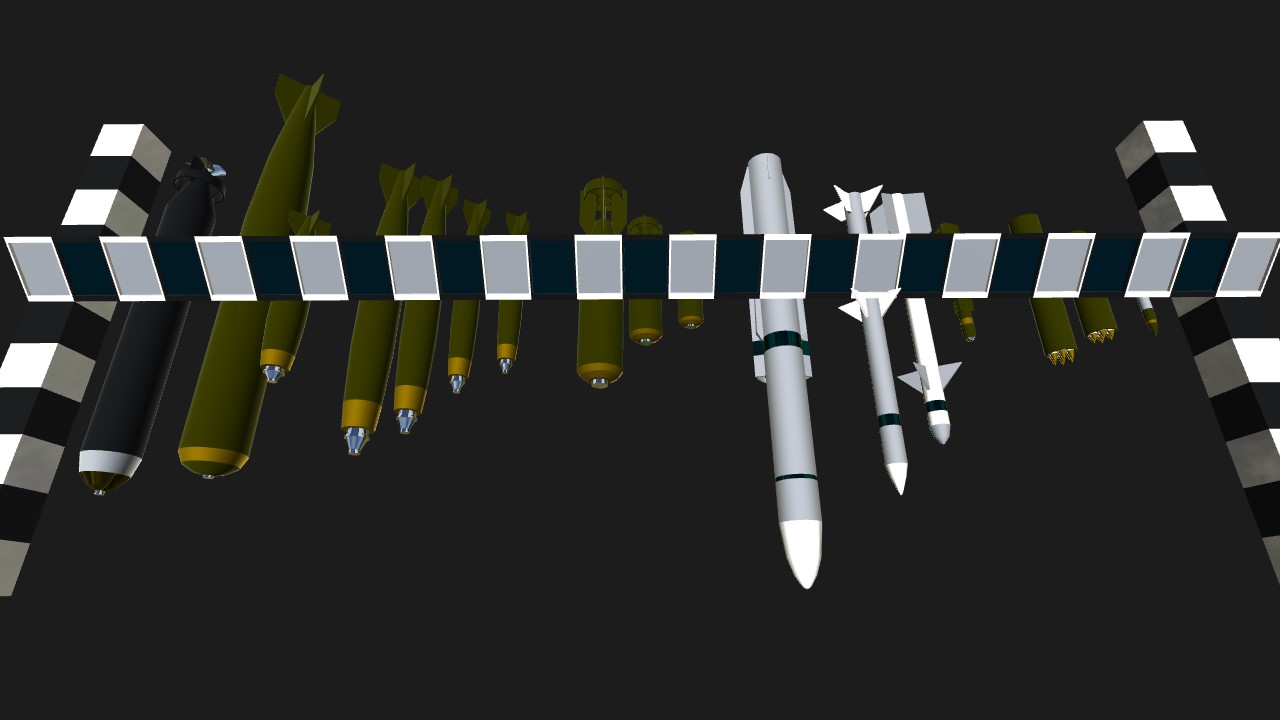 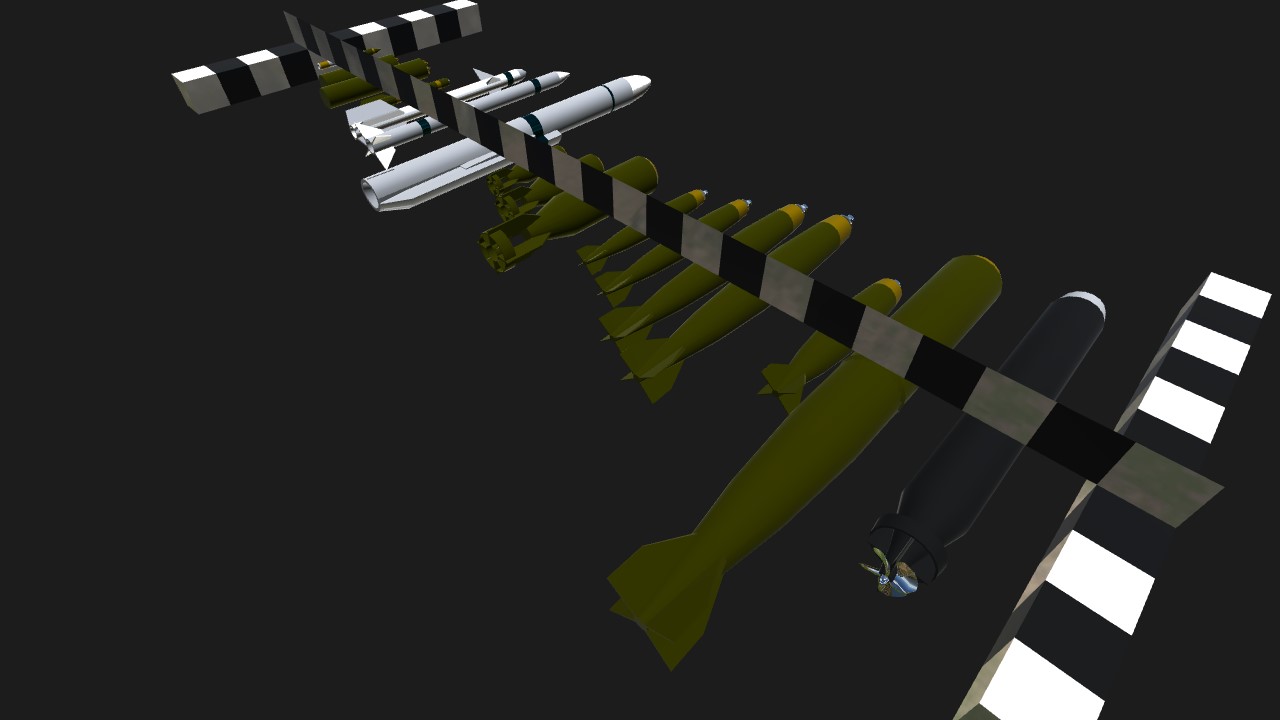 Background:
After posting the original, I realized that: yes, indeed, I didn't make the iconic M117 750lb demolition bombs commonly featured on a lot of Viet War planes. Or that absolute unit of a Mk 118 3000lb bomb, which is also something of that era. Plus, they look cool - if a lil' bit less aerodynamic than the modern ones.
Then I realized I probably messed up on the dimensions of the Mk.80 bombs as well - there's nowhere in hell for those rather petite "low drag" bombs to look that t h i c c (I started reflecting upon that after I made a few bombers and realized those bombs' sizes are rather ... off). So here's the upgraded one, with the M117 and Mark 118, plus the updated Mk.80s and Russian FABs.

Installation:
For the Mk. 118, grab the detacher (painted in red in this picture for highlighting). Remember that due to REASONS those "detacher-mounted" weapons cannot be ejected from other detachers if they're dropped "normally", so make sure to link them up with some other weapons and drop them with funky trees if you really wanted to eject them from a bomb bay or so. 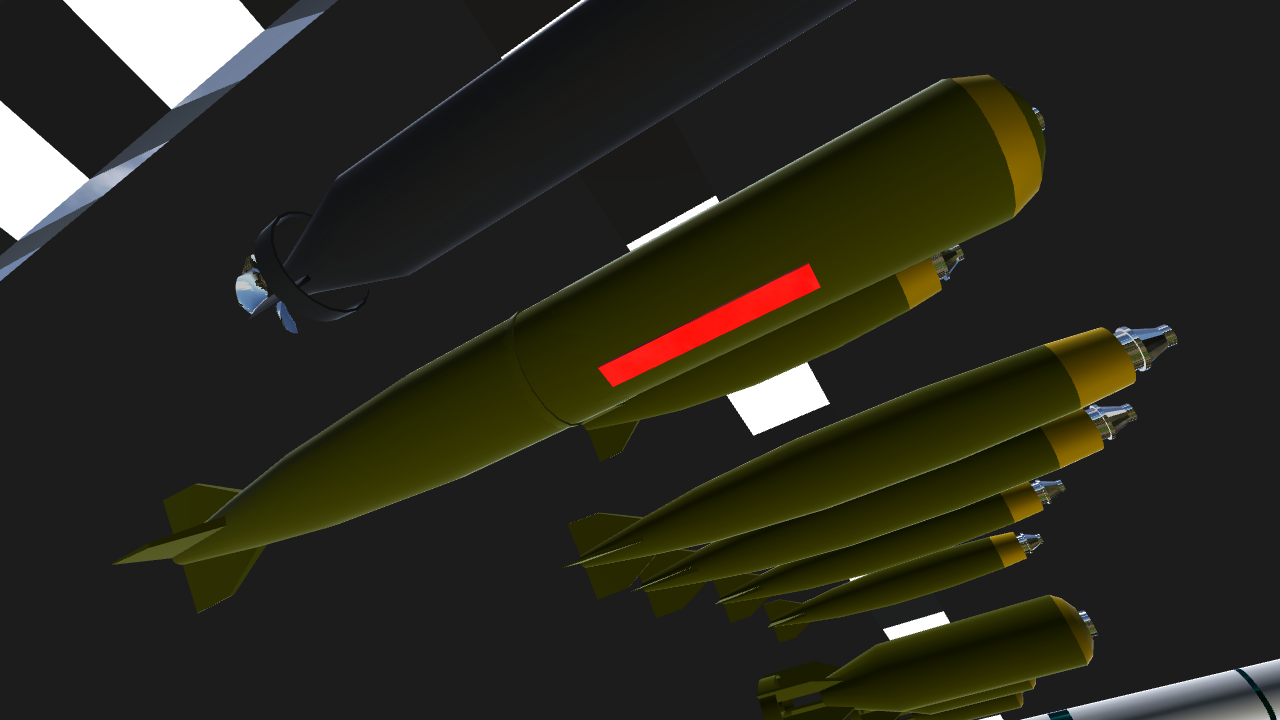 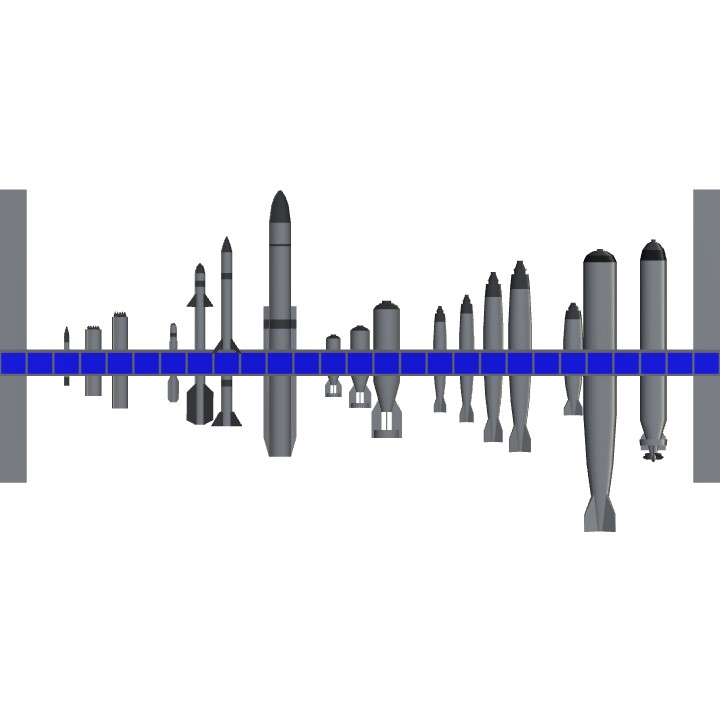 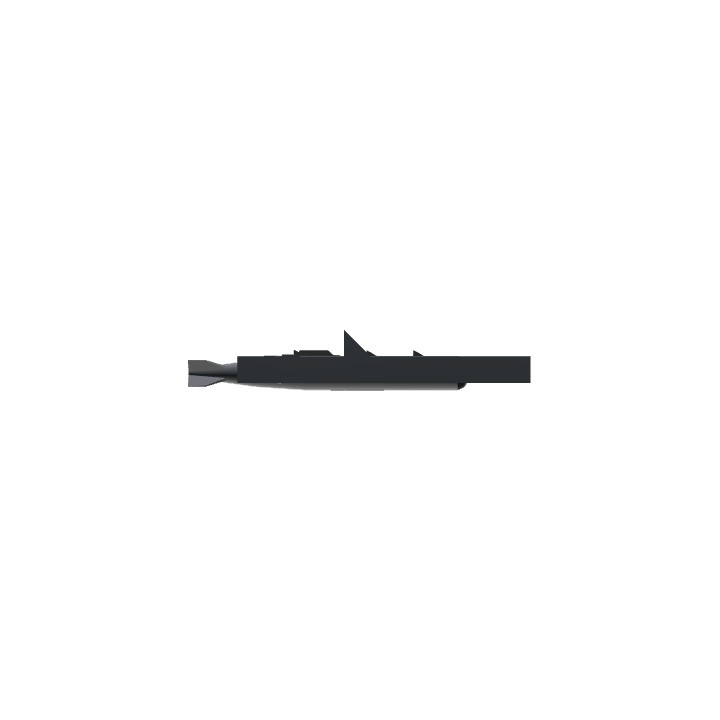 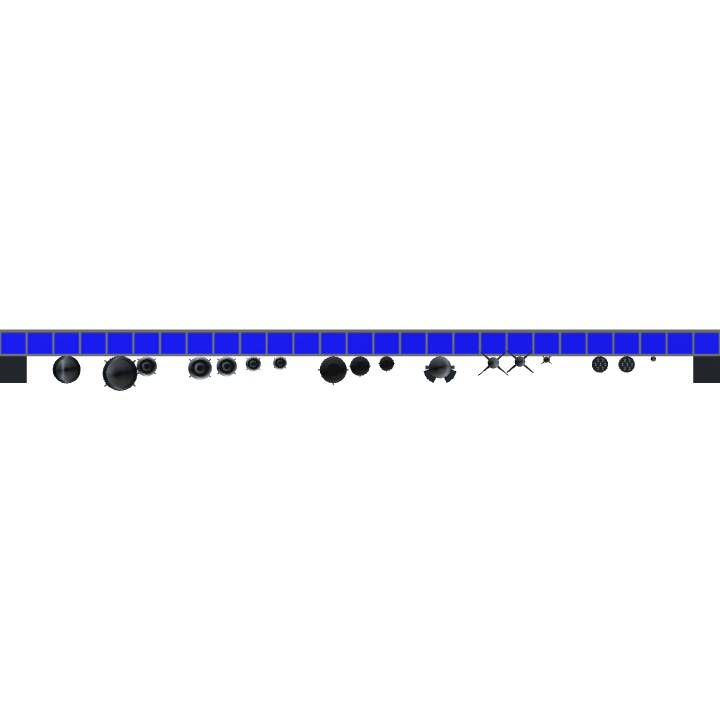