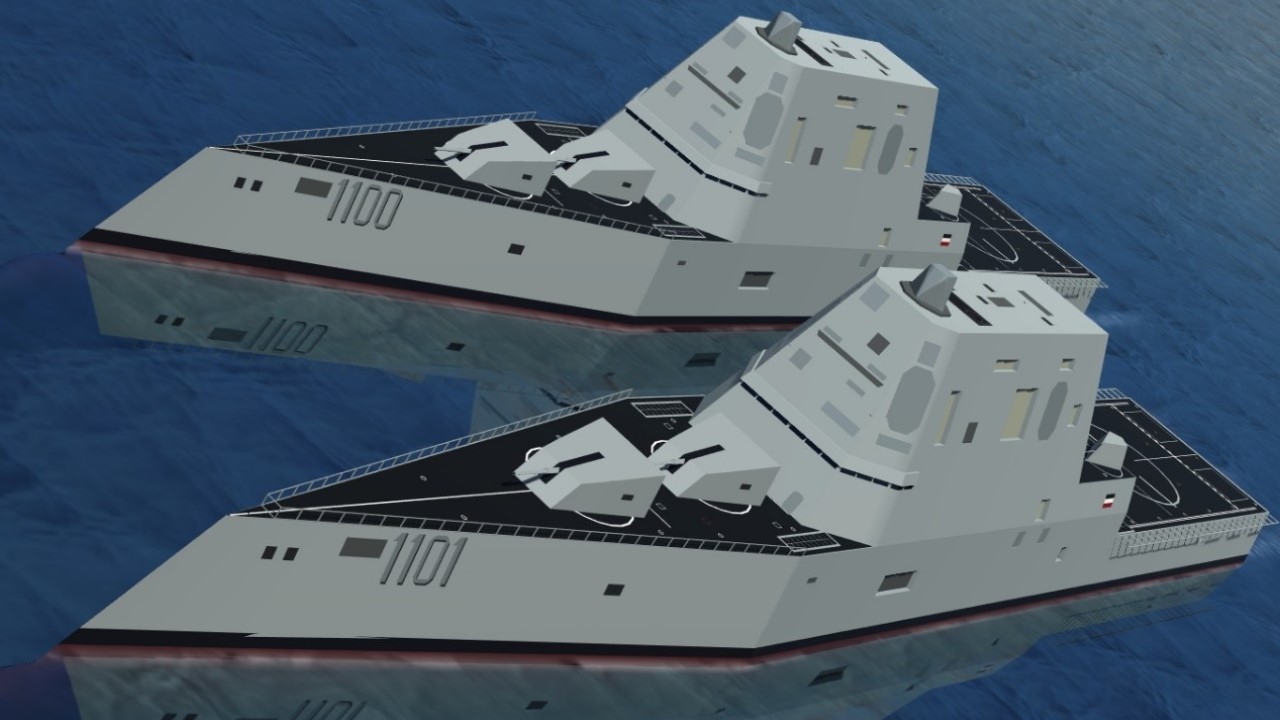 All cannon weapons are pointed at the targets automatically. 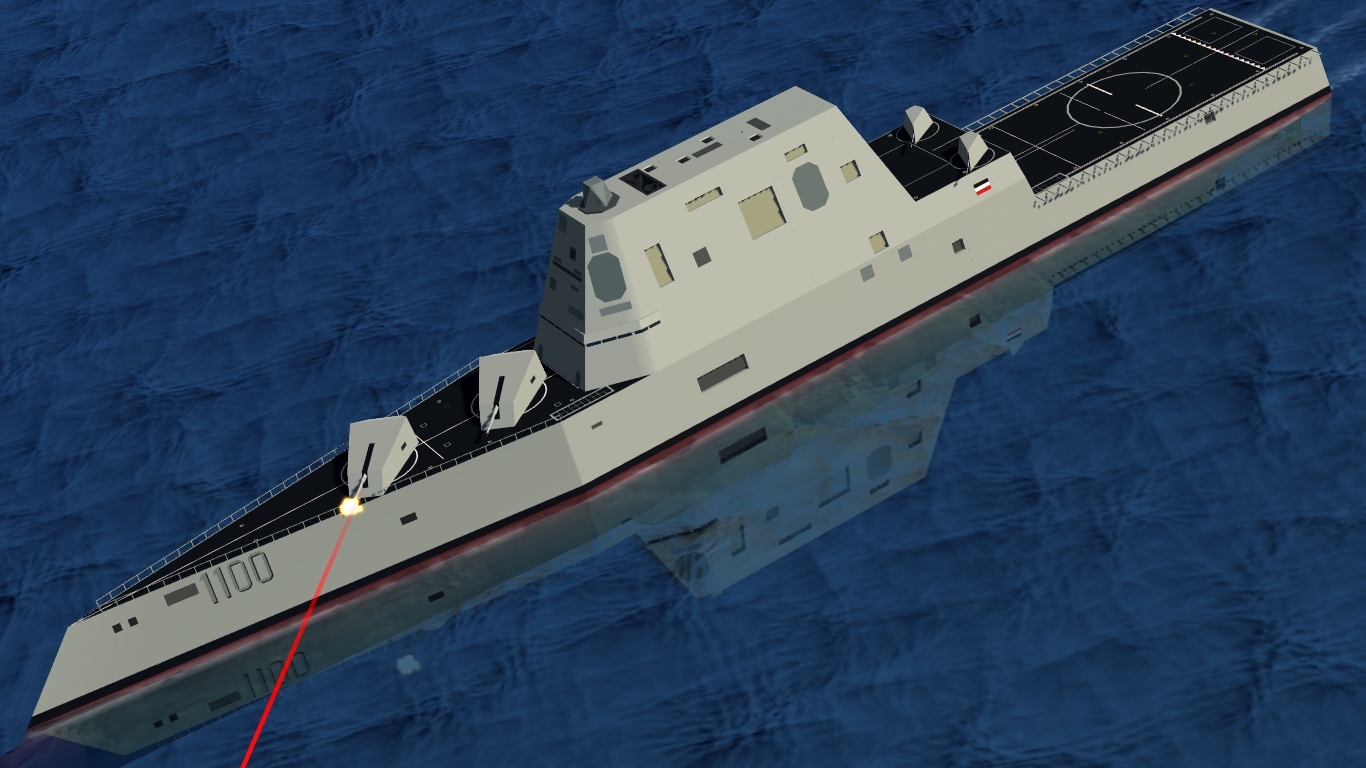 (!!!) - Special thanks for Funky Trees: SenSkysh

Russian RP server at Discord: link to the server:

DD-1100 2A This is a cheaper version of the famous (DD-1000 Zumwalt) built in Germany in 2019-2021 as part of the German fleet renewal programme. The distinguishing feature of this destroyer is, above all, the absence of a front stationary 'stealth hood' in front of the main-calibre towers, so that the towers can shoot forward.

The 155-mm guns have been replaced by 155-mm electrothermal guns, the projectile's flight speed is 2,800 metres per second and the range has increased to a record 100 or even 160 kilometres maximum.

Most of the ship's systems and components have remained virtually unchanged, with the exception of weapons.

The ship's main weapons are universal missiles. The Junkers universal missiles, which can hit targets from 200 to 601 kilometres, are good weapons; they can attack all types of targets, from anti-submarine aviation groups of almost any type to destroyers and aircraft carriers. Their versatility has a significant disadvantage, namely that the warhead is not powerful enough to destroy a ship from the first hit, and the price of a missile. It should be noted that these missiles will be used in aviation in exceptional cases, such as the Mass Antisubmarine Aviation Flight, in the form of Tu-95/Tu-22 aircraft and others. Two to three hits are required to completely destroy a "ship" type target.
There are 66 missiles on the destroyer, which makes the destroyer a worthy opponent. 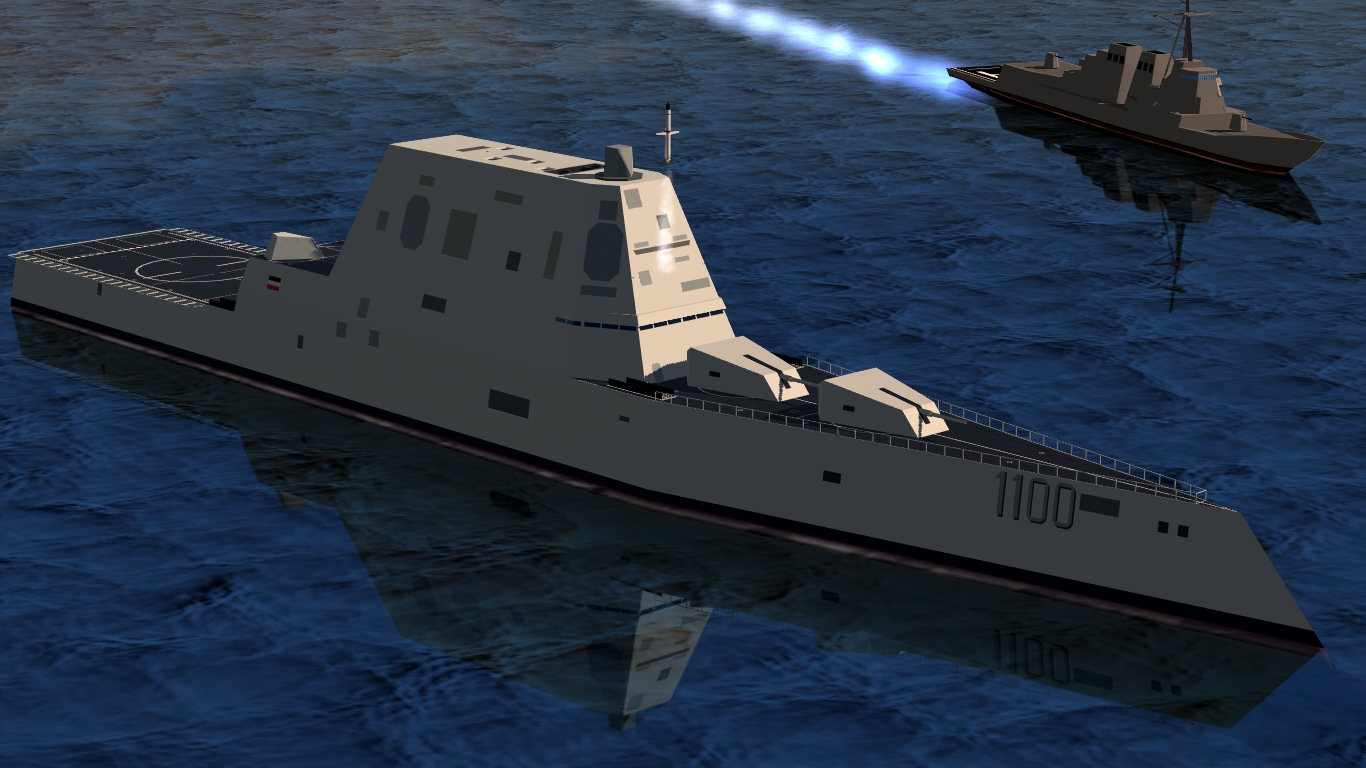 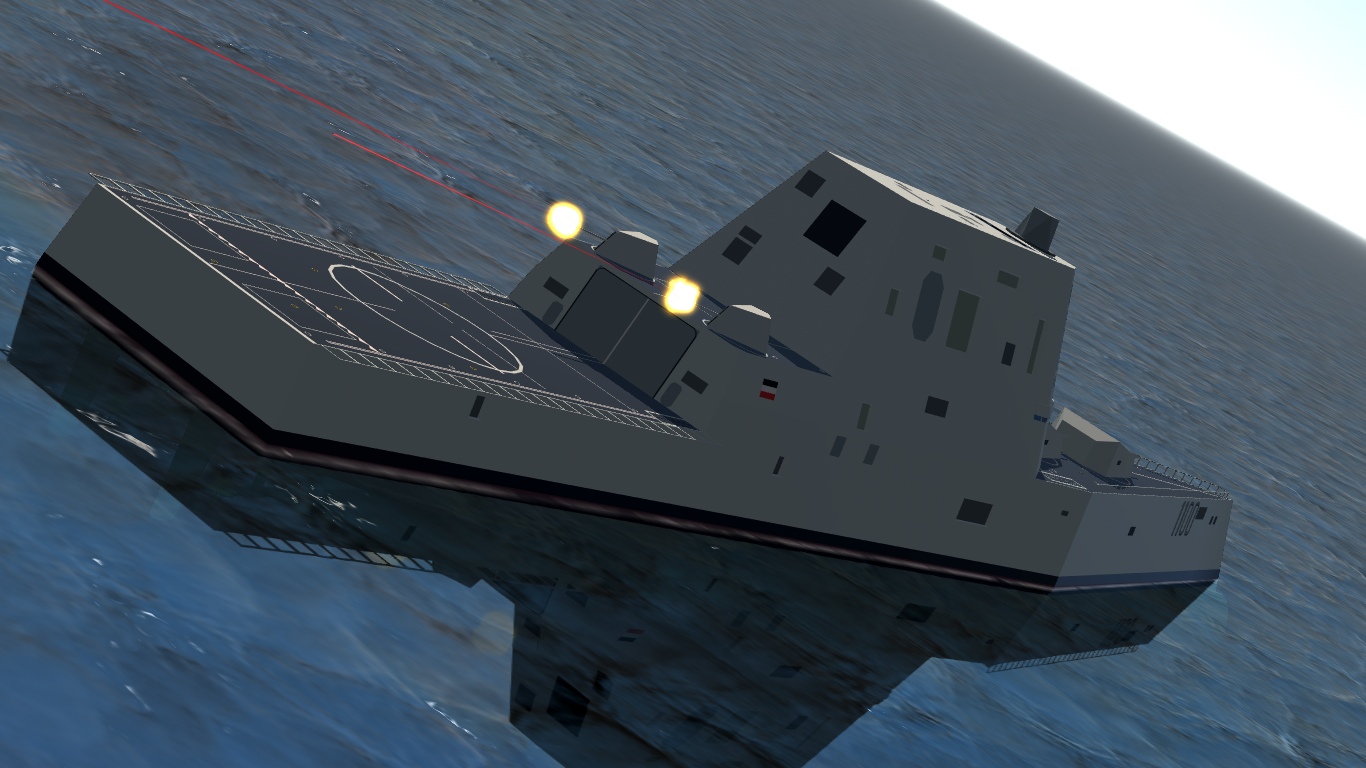 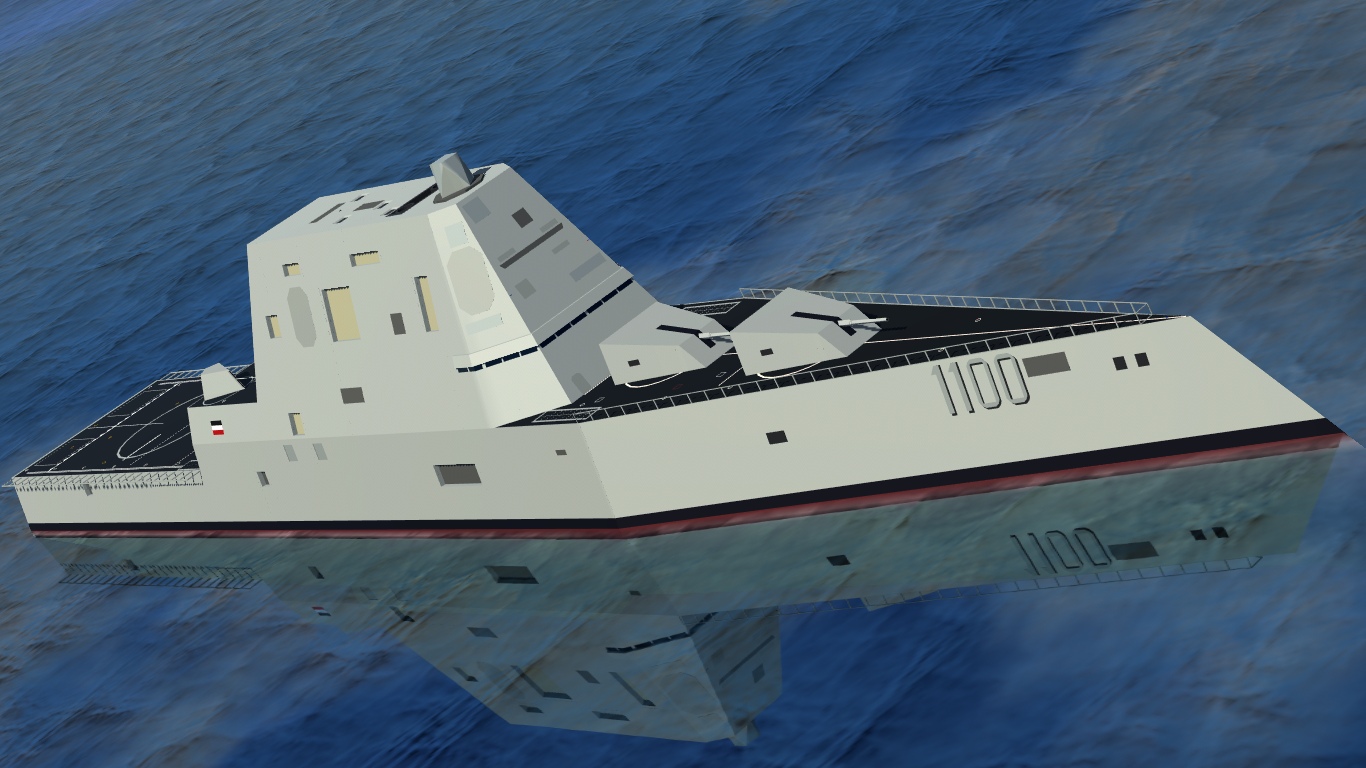 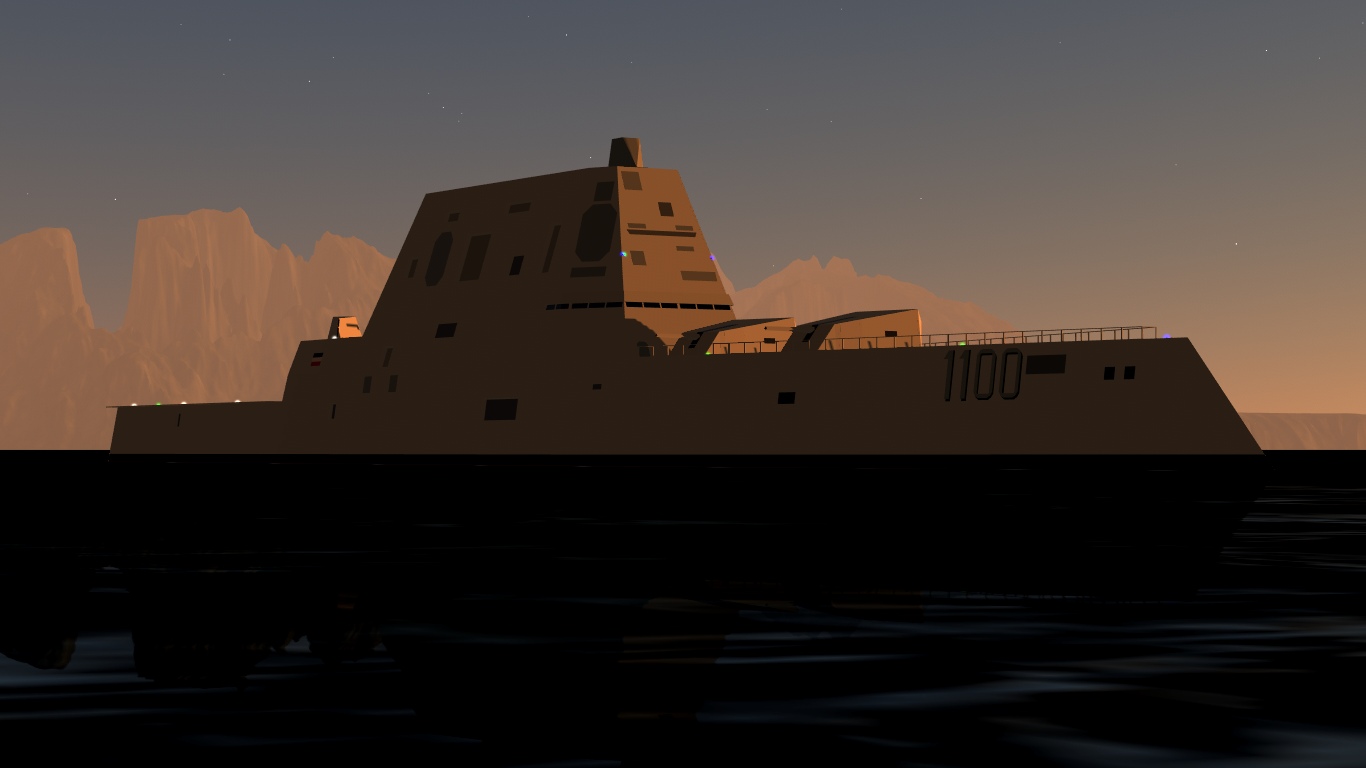 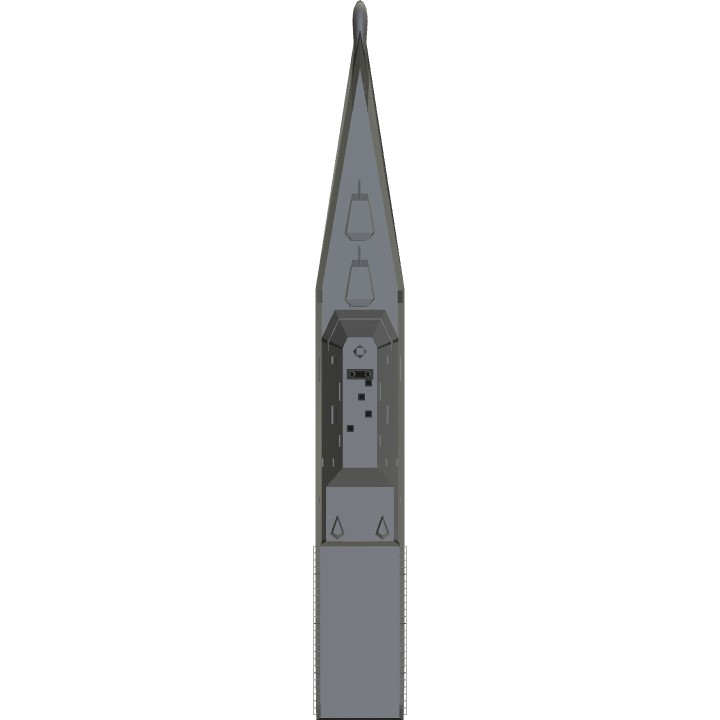 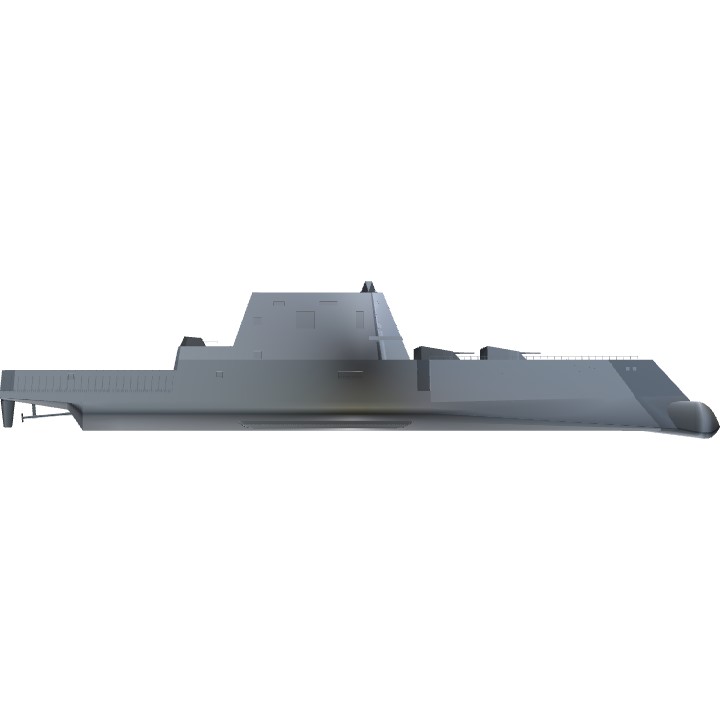 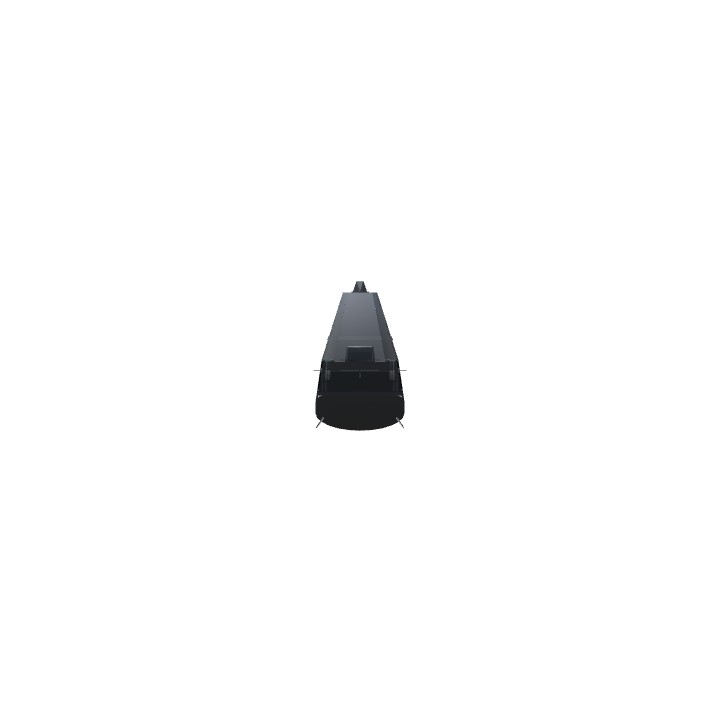