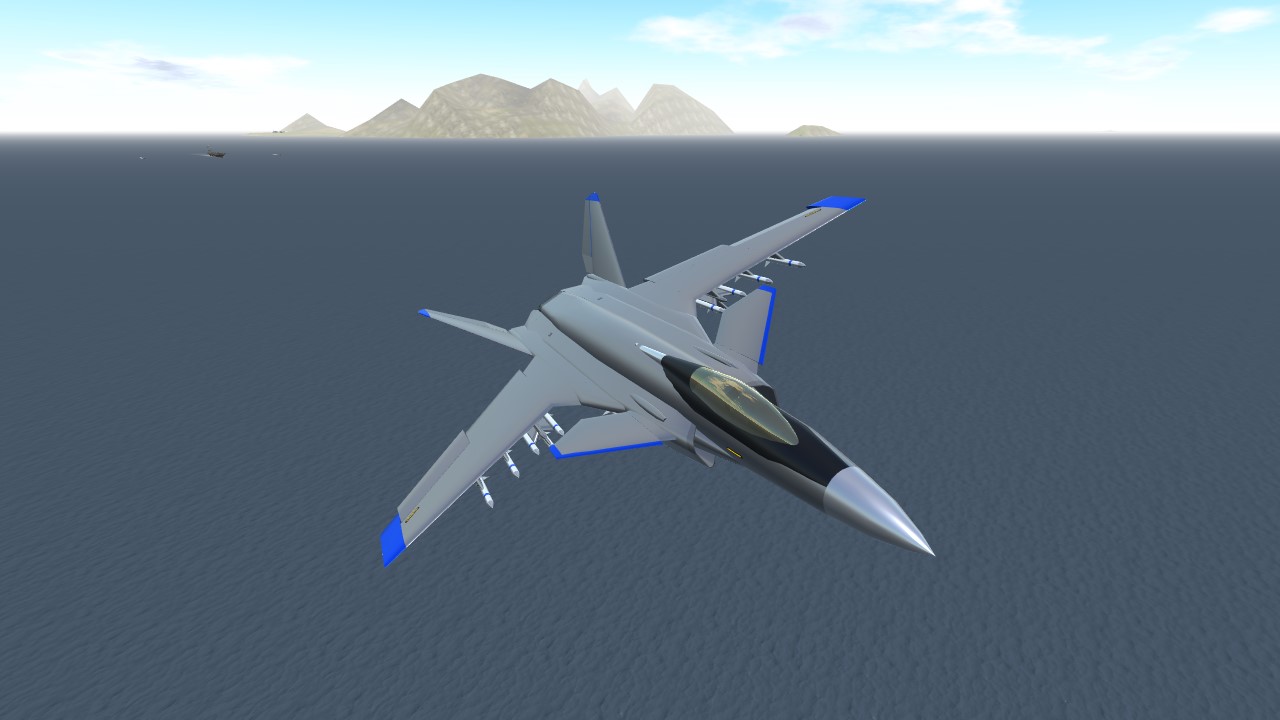 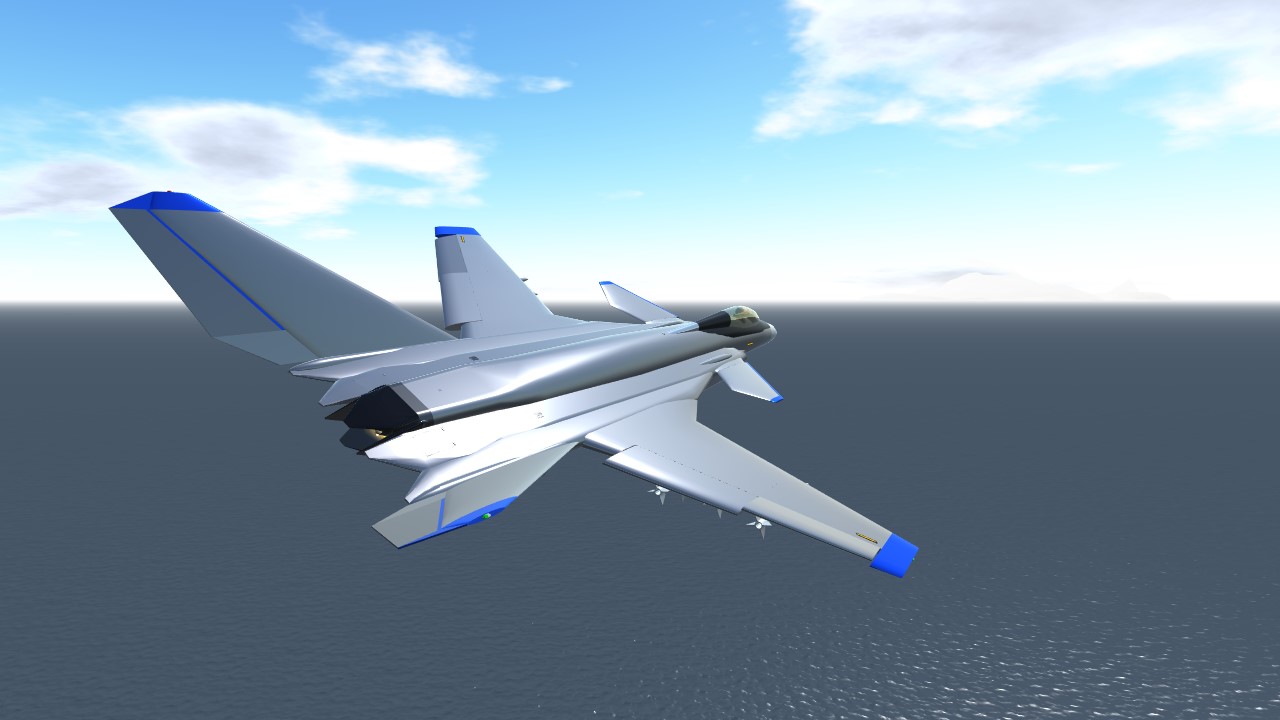 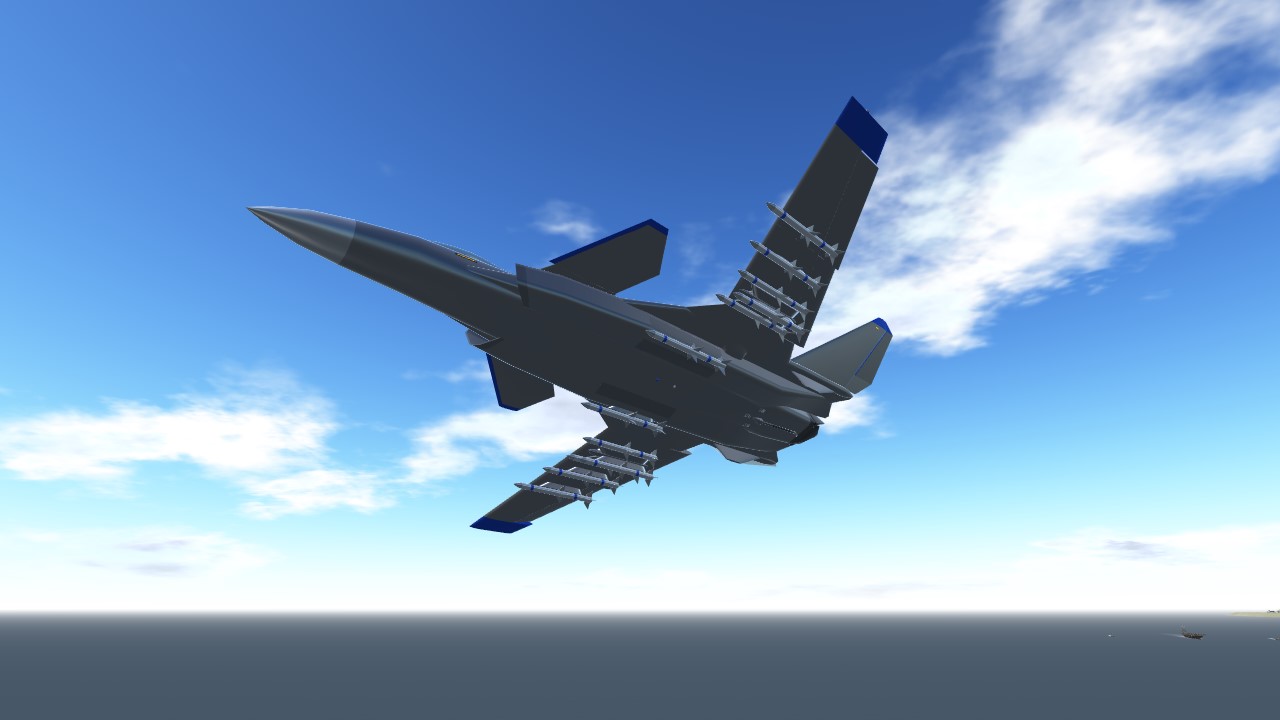 This plane is only for air to air attack. Powered with 2D TVC single jet engine. Arm with 12 AA missile and 4 other AA missile on missile bay. Can land on carrier. Have strong landing gear for safe landing on carrier. Have simple indicator light in cockpit to give u information about that AG control when u are in cockpit view, but sorry for ugly cockpit view. high maneuverability. Have "some" of countermeasure so enough to evade enemy missile.

AG1 = Light beacon and gear light, gear light can active when press 1 but only "on" when gear down.
AG2 = Catapult connector. just to imagine the connector
AG3 = Arresting hook.
AG4 = Drag chute, but maybe u never use it. STOL.
AG5 = Gyro, can help u to move the plane when on carrier deck and airport.
AG6 = Strong gyro, can help u to lock position when u want to land.
AG7 = Missile bay, and arm the missiles inside.
AG8 = Fold wing, shut off main engine when u fold wing but 2nd engine is sill running so u can still move the plane.
Trim = Trim.
VTOL = Nothing. 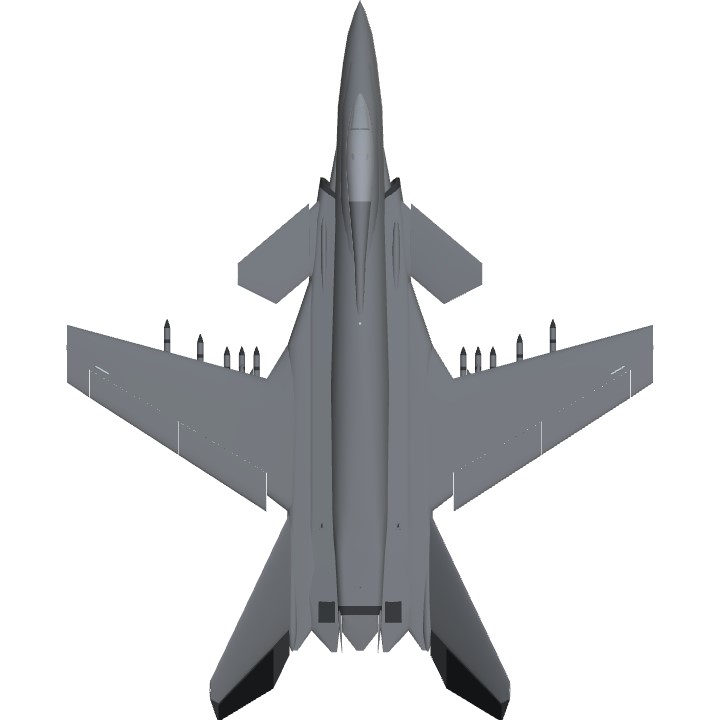 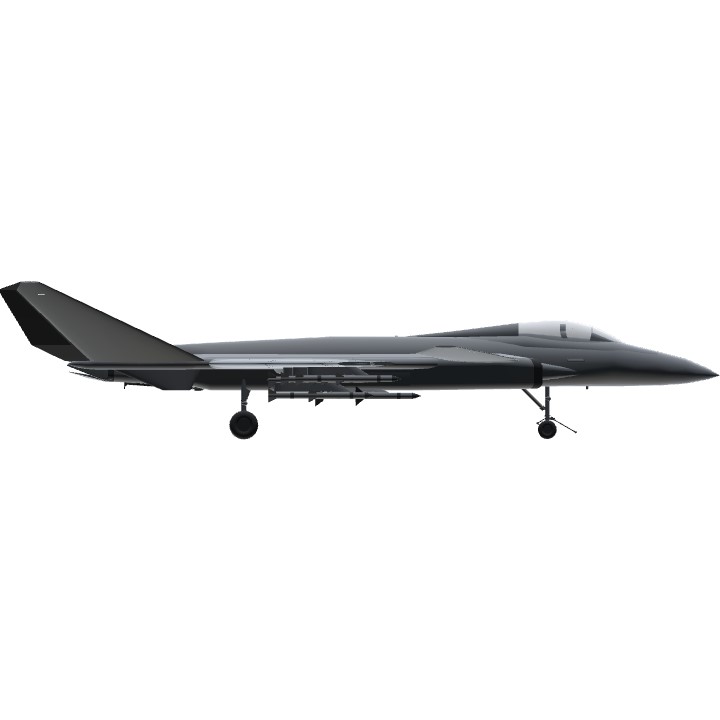 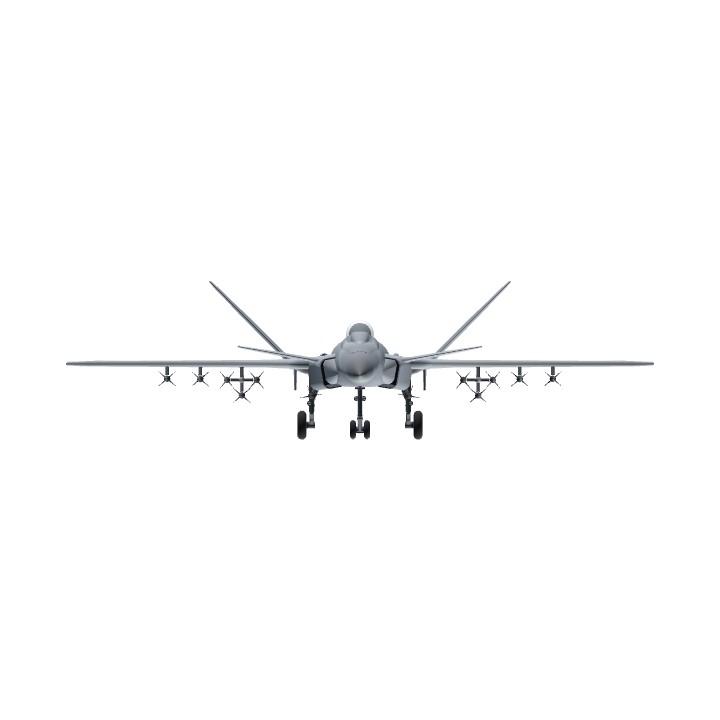