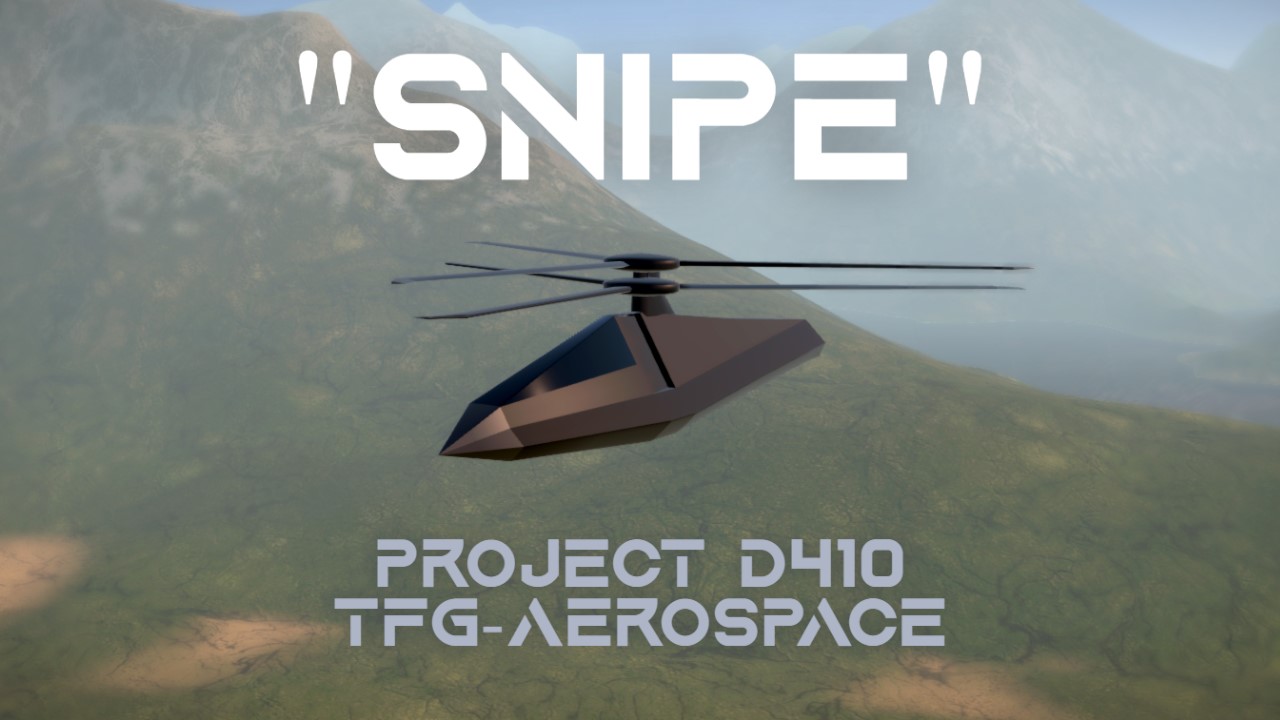 Overview: The D410 "Snipe" is a stealth attack helicopter. It features a faceted fuselage design, as well as a tailless dual-rotor configuration. This tailless configuration combined with the aircraft's maneuverability means that the aircraft requires a fly-by-wire input system to prevent excessive control outputs from being given, as well as keeping the aircraft on course during high-speed flight. The D410 has a weapon payload consisting of 16 Air-To-Surface missiles, 14 unguided rockets, and 2 auto-cannons. 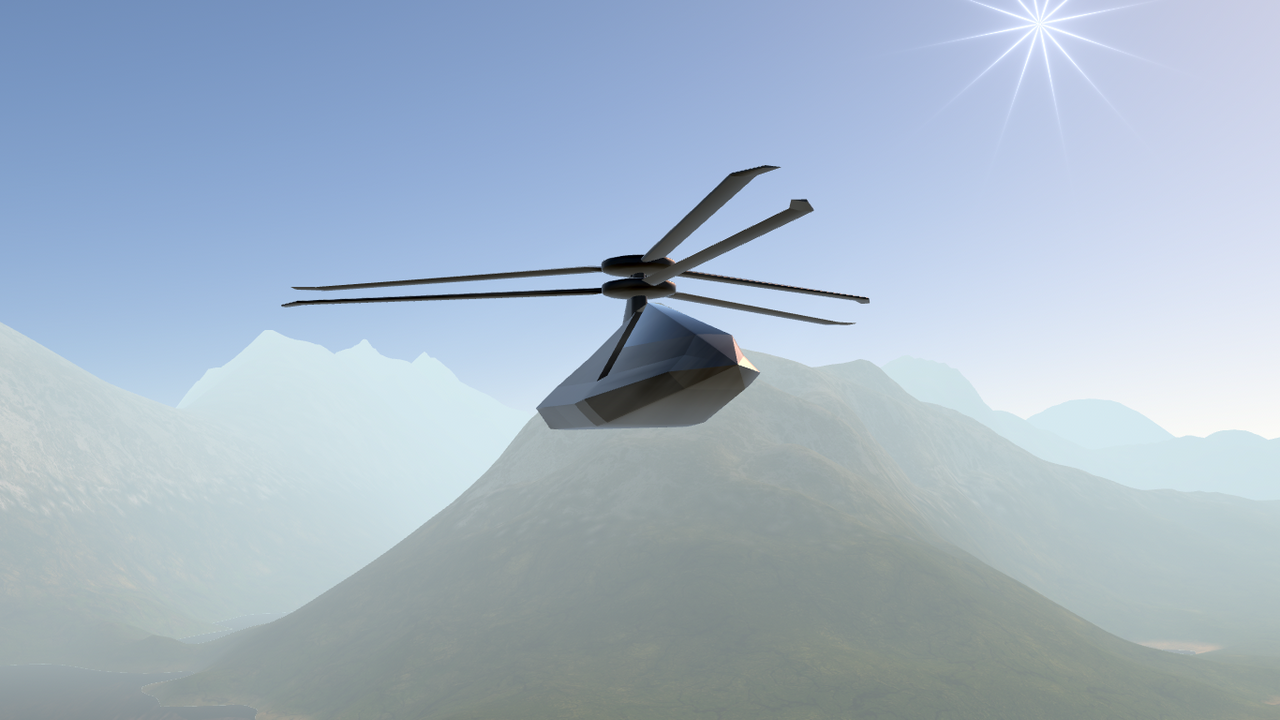 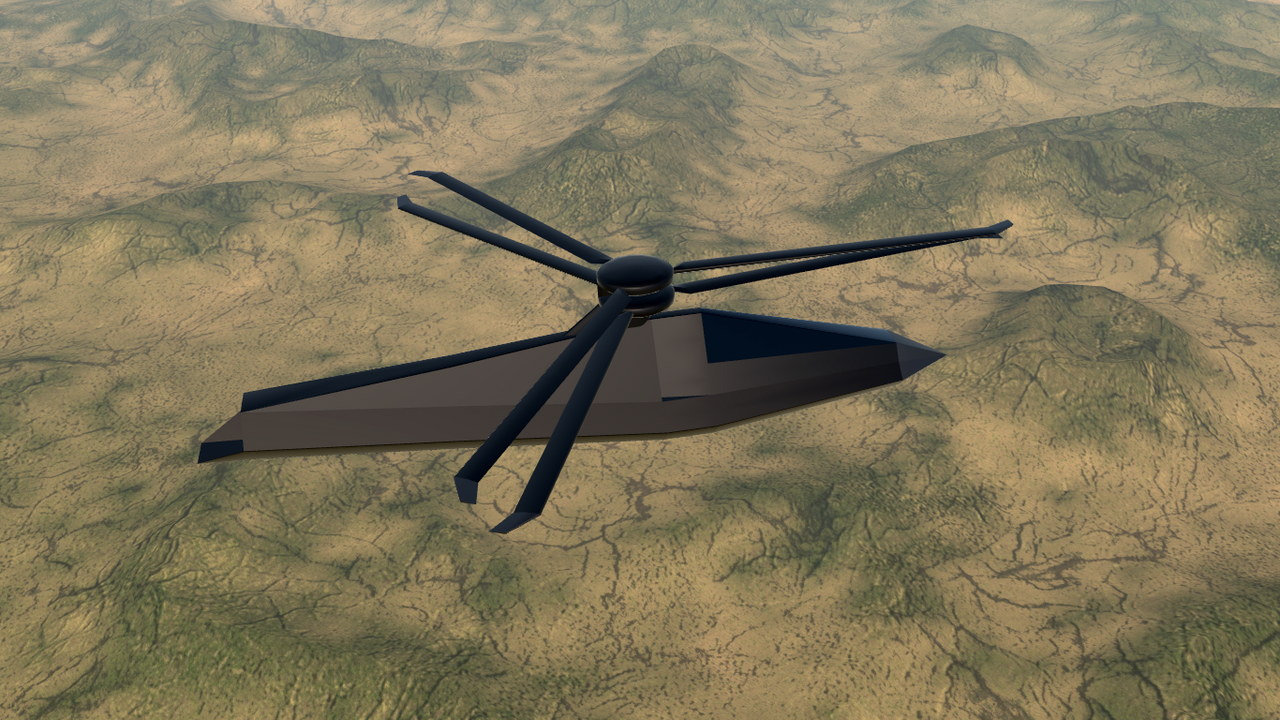 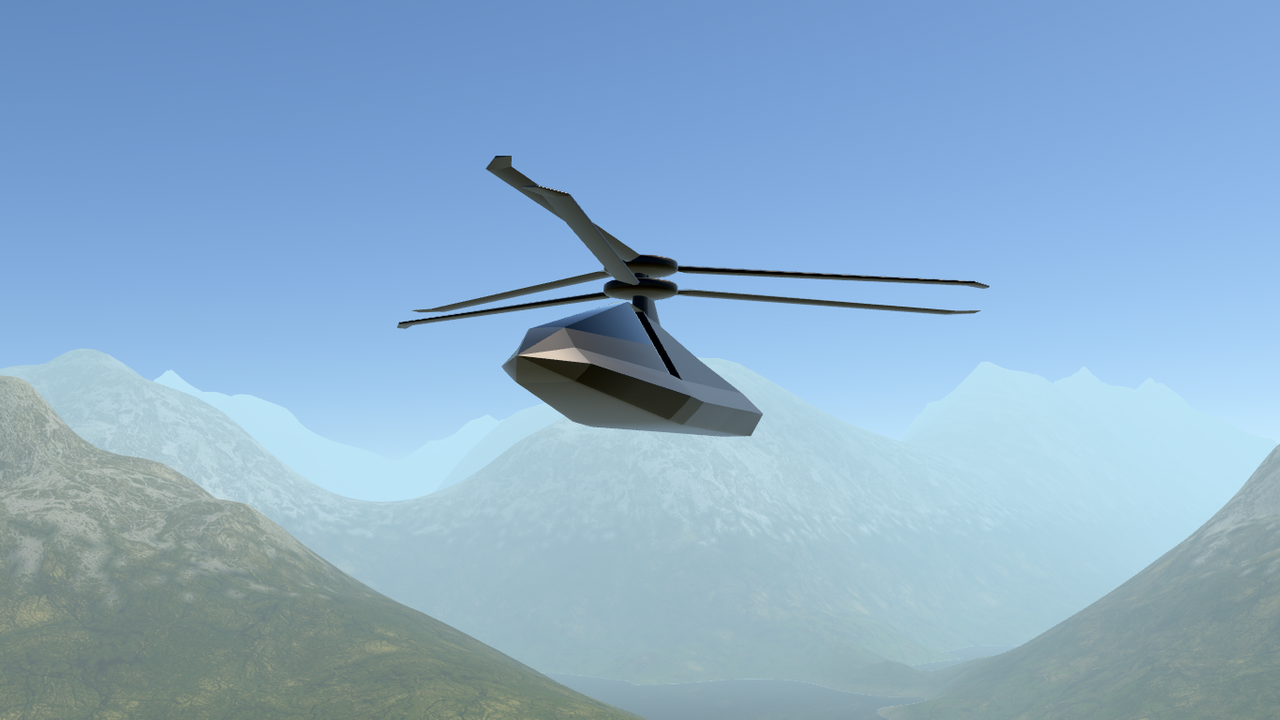 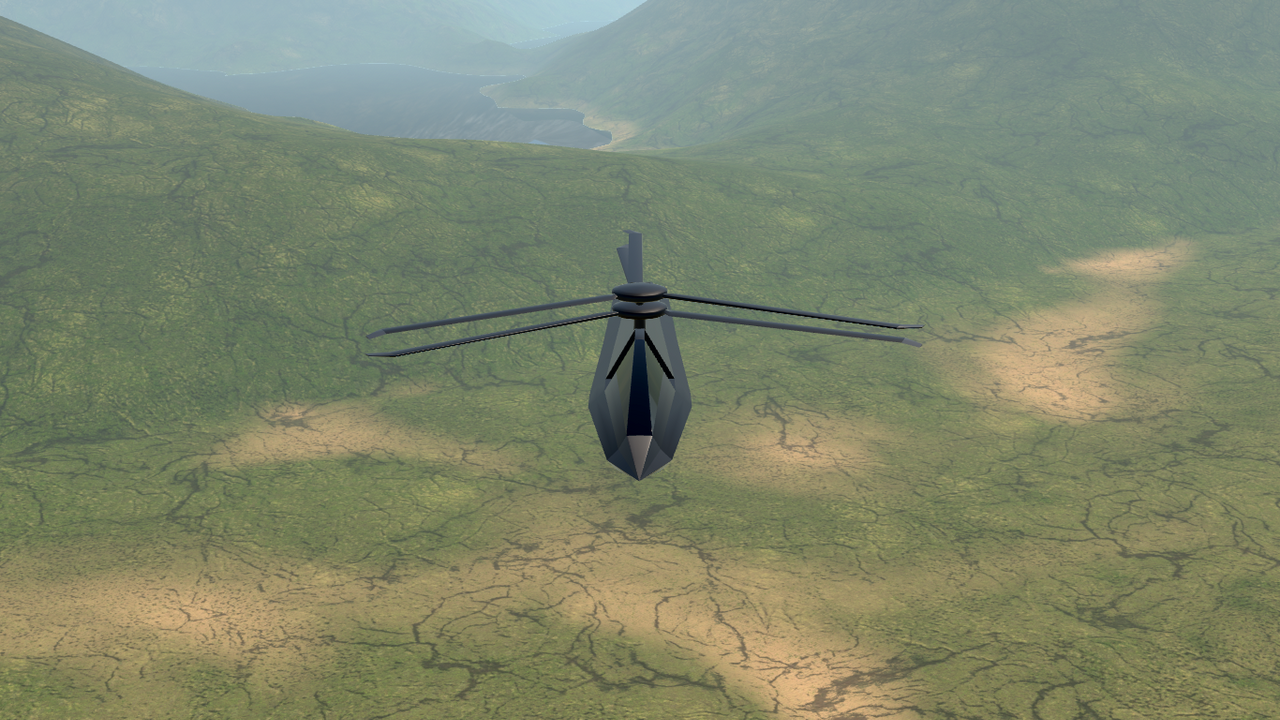 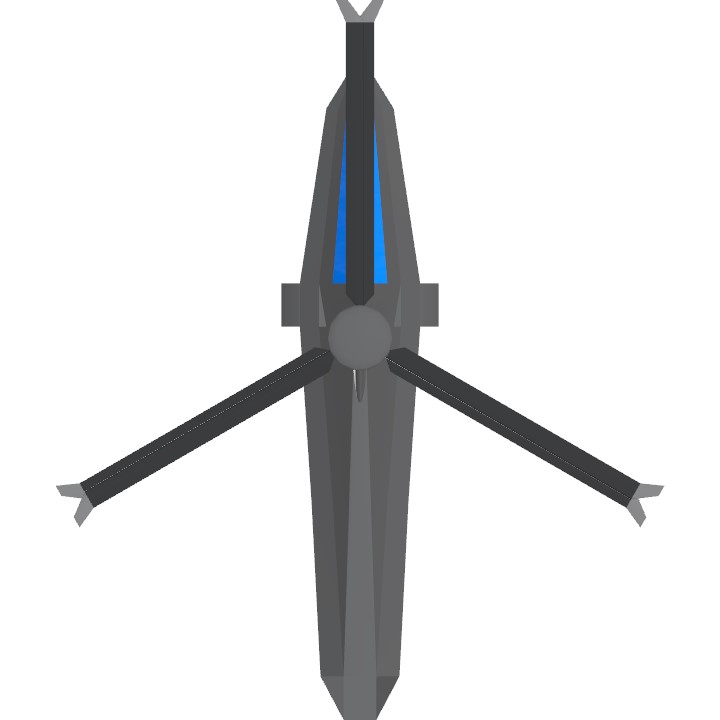 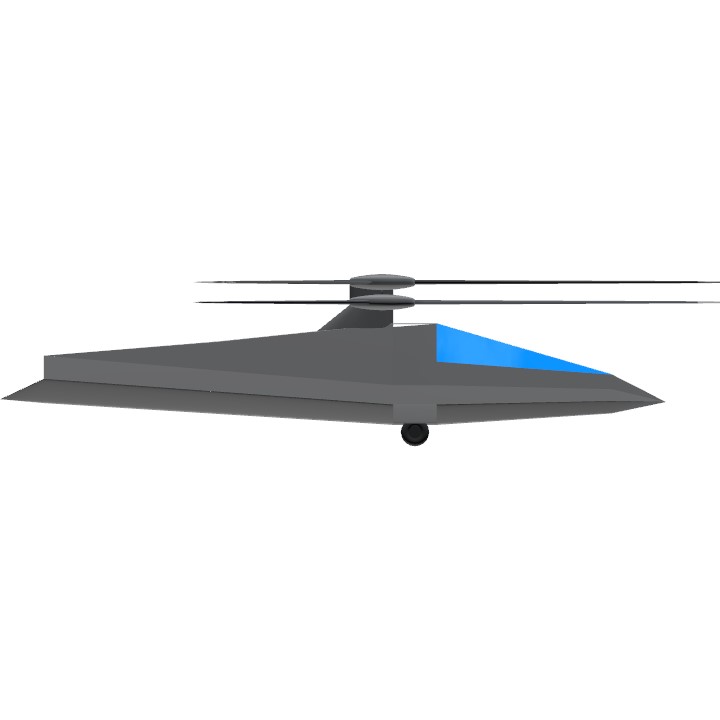 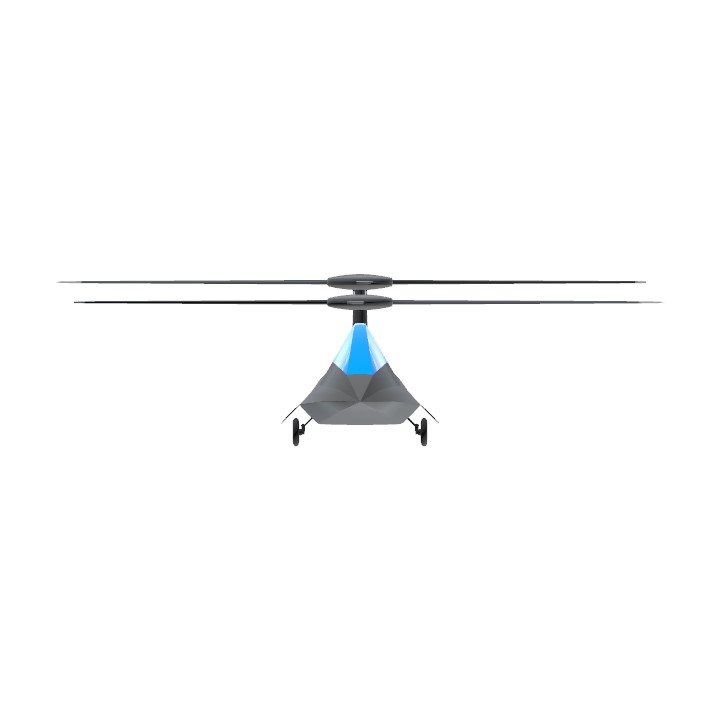