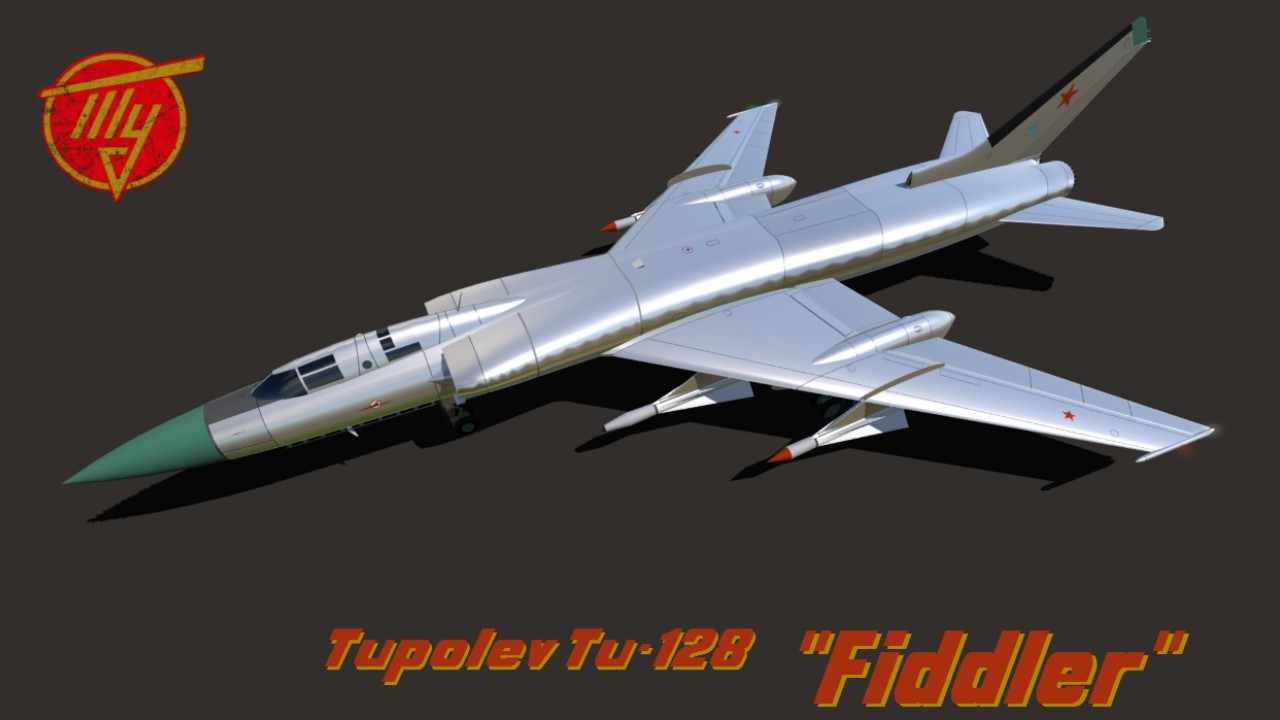 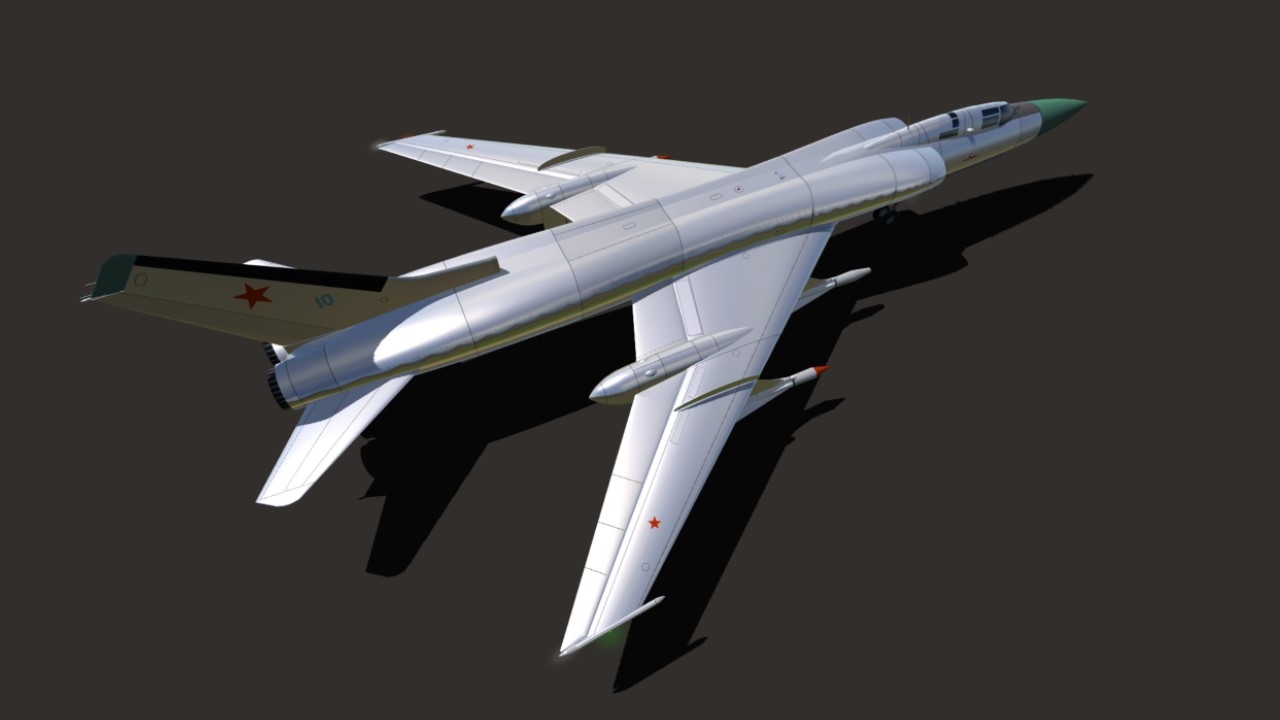 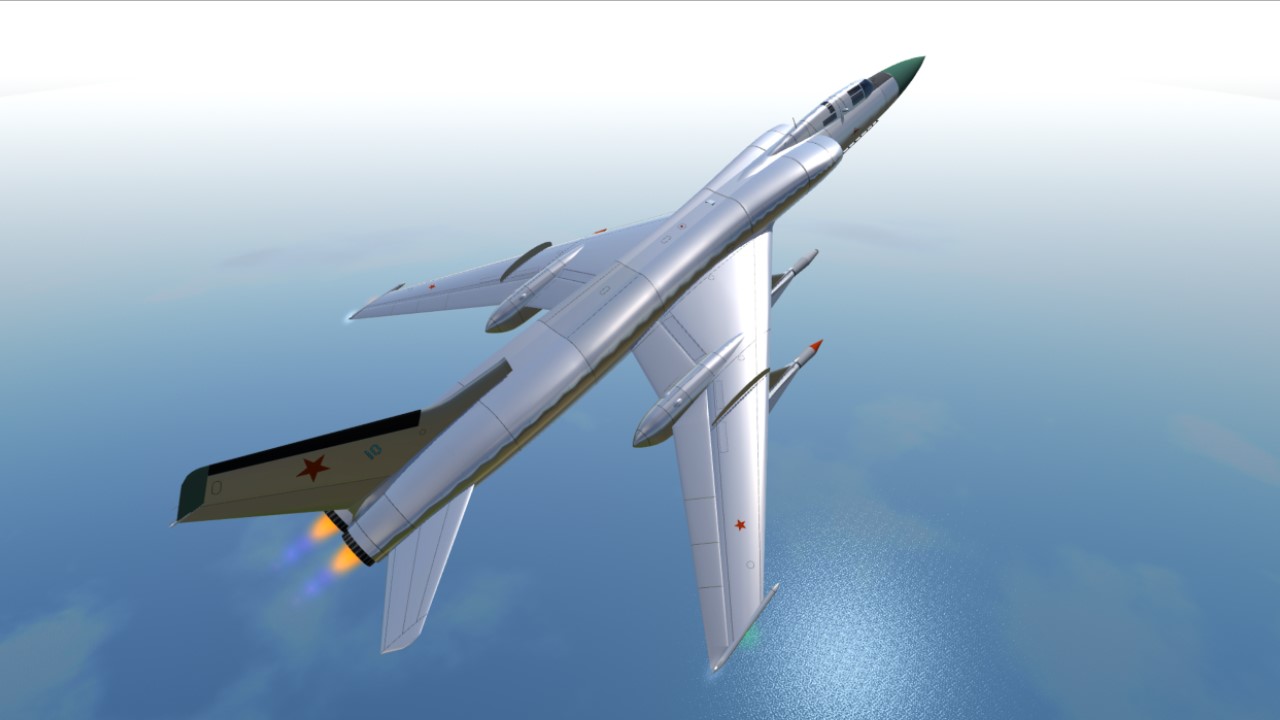 An attempt at making a replica of the Tu-128... by no means perfect, but it kind of looks the part, at least. No full cockpit, I wanted to keep the part count around 1k max this time. A real "simple" plane, without special controls or hot features, like the original. Soviet planes of that era didn't have intricate painting (or rather, no painting at all) and almost no markings, which unfortunately makes for somewhat dull-looking replicas. Ah well...

With the vast territory encompassing the Soviet Union at its peak during the Cold War, its military required large, fast and powerful missile-laden interceptors to shield its airspace from the prying eyes of the West. As such, aircraft of various makes were adopted including the Tupolev Tu-28 (officially the Tu-128), codenamed "Fiddler" in NATO nomenclature and produced by the Soviet-era Tupolev concern.

The Fiddler's primary purpose was to intercept the larger, slower, high-flying, nuclear-capable heavy bombers of the West in the event of an all-out war against the Soviet Union. The Tu-28 was expected to meet these aircraft within minutes after takeoff and were mainly designed for speed and good climb-to-altitude qualities.

The Tu-28 was appropriately armed with 4x Bisnovat R-4 (NATO: AA-5 "Ash") air-to-air missiles slung under the wings by way of four hardpoints. There was no internal cannon for close-in fighting as it was expected the aircraft would engage its target(s) from long-to-medium ranges.
The custom weapons in this build represent the Tu-128's standard loadout, with a mix of 2x R-4-4R (radar homing) and 2x R-4T (infrared) missiles. They have a decent range (25 km for the R-4R, 15 for the R-4T) but beware; if you're closer than 2 km to your target, the missiles are useless.

Controls are standard, with VTOL down for flaps and trim for, obviously, trim. The drag chute is deployed with AG1... and that's about it.

The plane is easy enough to take off and fly, and landing isn't too challenging either... throttle down to some 25-30%, put the flaps all the way down in the high drag position for approach, and put her down smoothly at anywhere between 300-400 km/h. Use the drag chute if you're out of runway.

This 1960s-era aircraft managed an active service life until 1990, when a new breed of Soviet aircraft were available offering better capabilities and weapons support. The Fiddler-line was largely given up for the MiG-31 "Foxhound" interceptor as well as the excellent Su-27 "Flanker" air defense/multi-role fighter. There's actually very little fun to be had with this replica; it has no ground attack weapons, and is completely unsuitable for dogfighting. All it does is get to an incoming bomber ASAP, shoot it down, and return to base.

Still... I enjoy flying it and looking at it, even though it's a typical butt-ugly cold war Soviet plane. Let's say the soviets weren't, uhm, overly concerned with aesthetics. 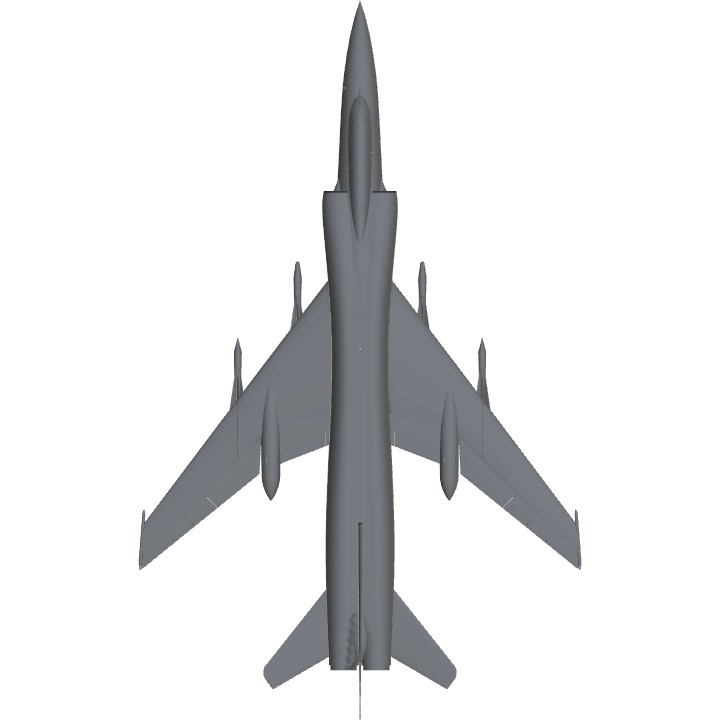 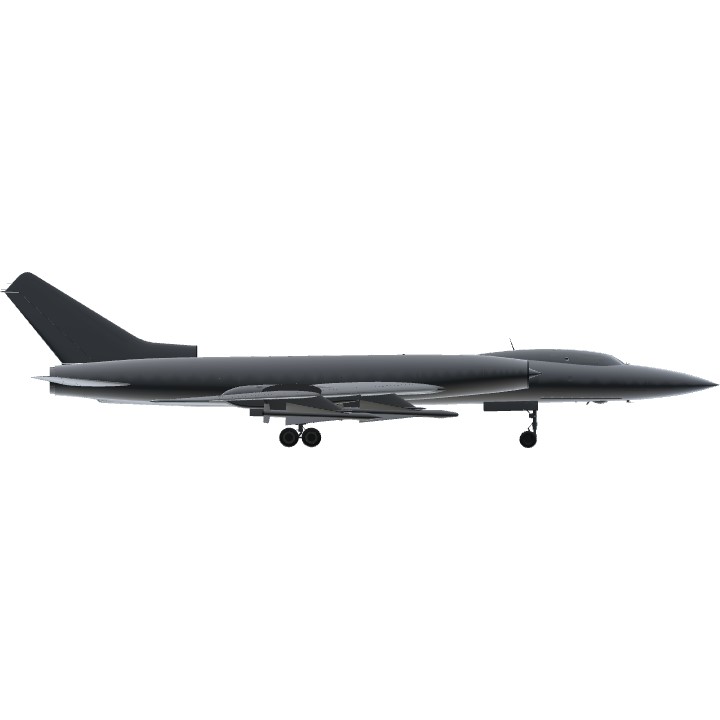 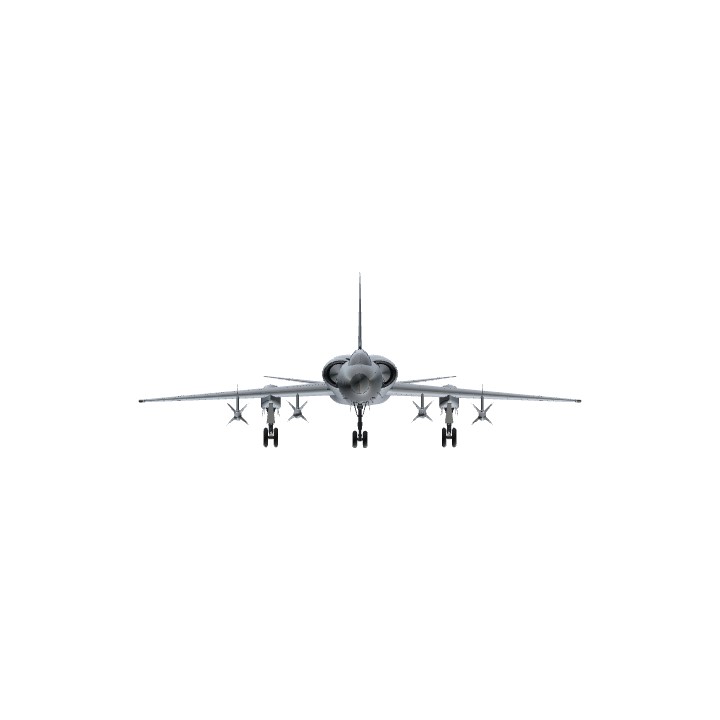