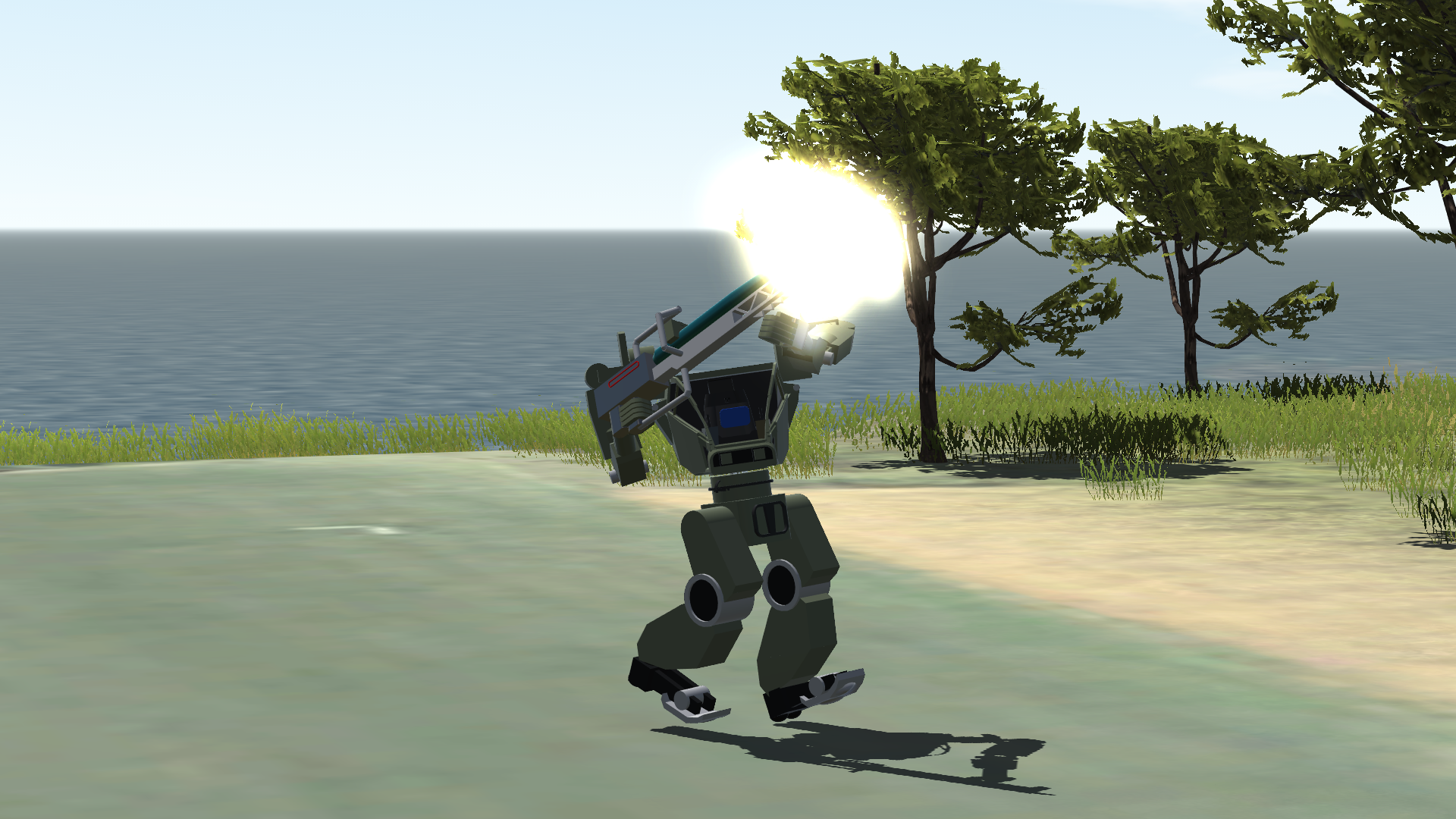 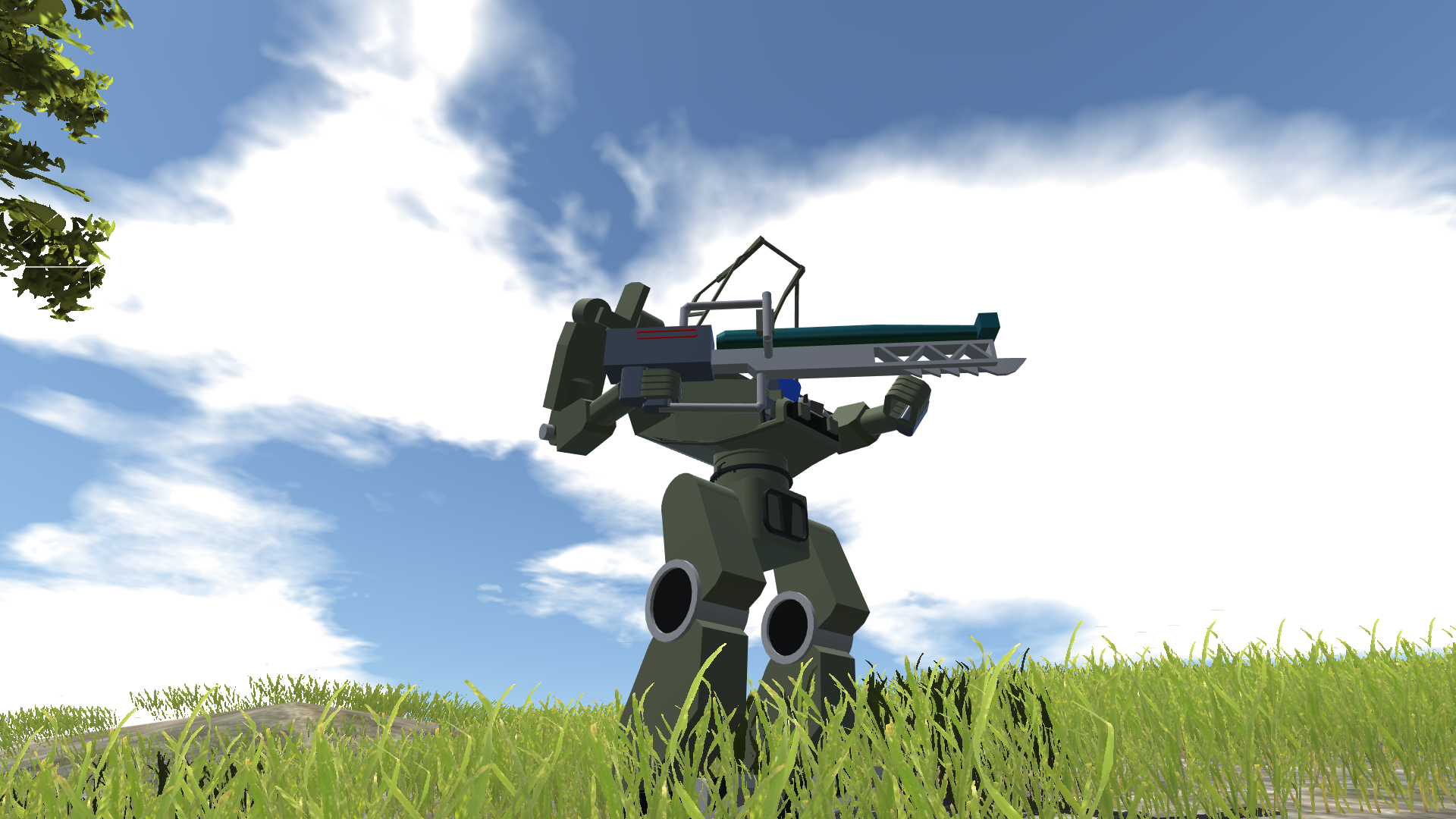 My first mech! I was greatly obsessed with this beast from the movie Avatar since I was little. I was proud when this mech actually worked on SP! 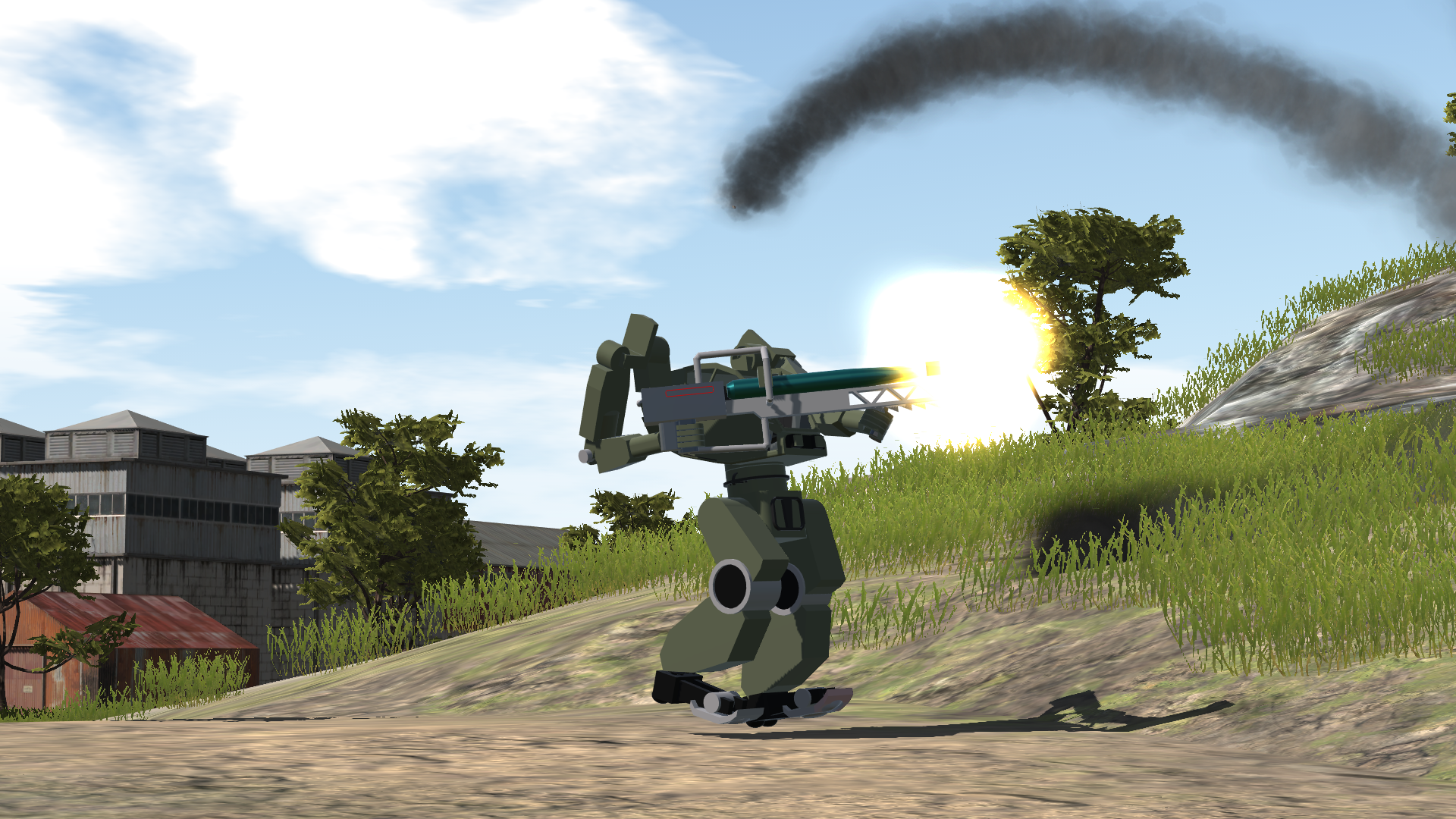 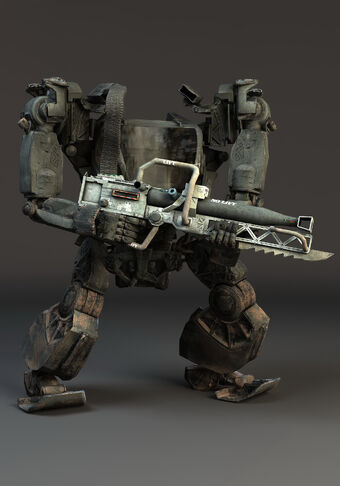 From Avatar Wiki:
The Mitsubishi MK-6 Amplified Mobility Platform (or "AMP" suit) is a distant descendant of the first military exoskeletons used on Earth in the mid-21st century. It was improved during military service in a myriad of combat theaters – from arctic to jungle to desert – over the decades. Sealed and pressurized models for toxic environments were developed as well.

Throttle to walk
Yaw to turn
VTOL to adjust posture. VTOL up while climbing slopes.

AG2 to open parachute
AG8 to close the canopy 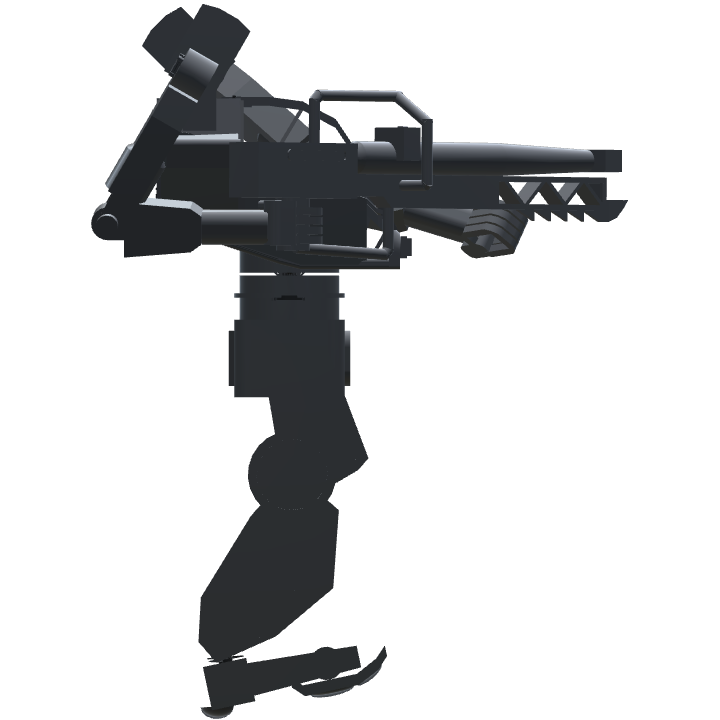 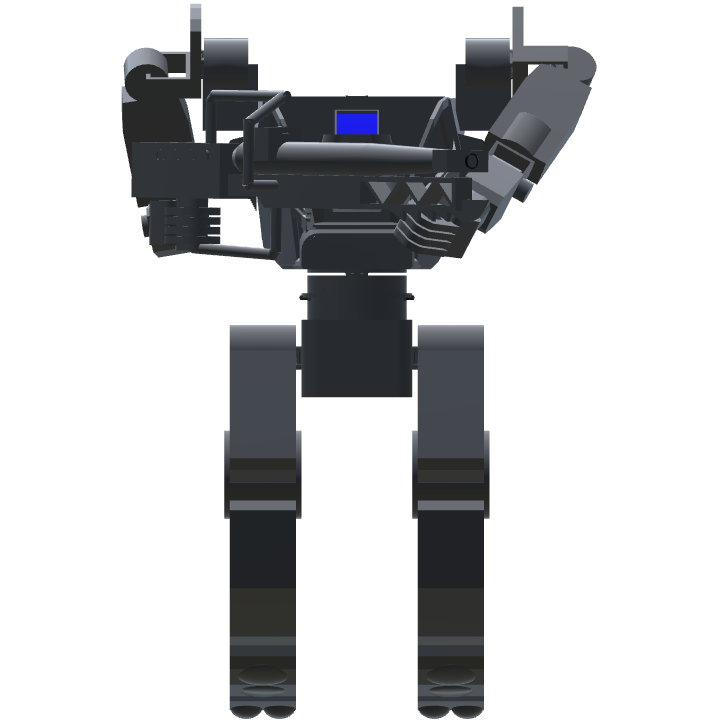