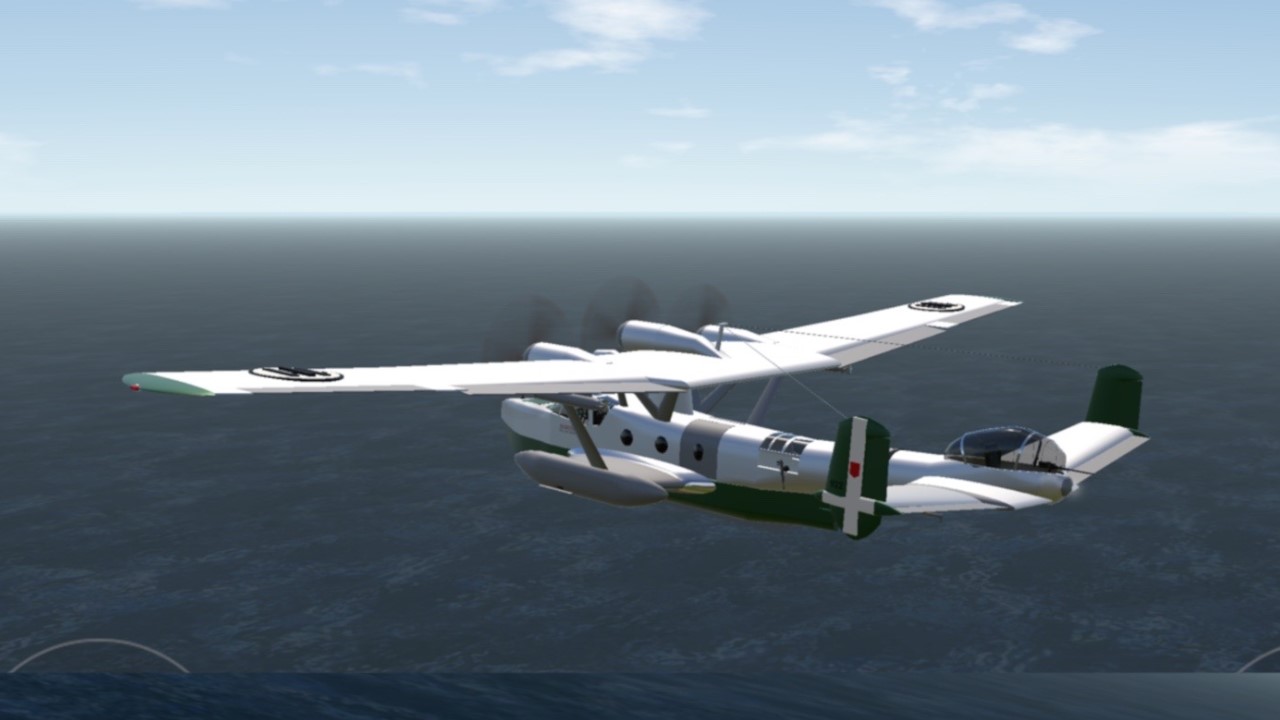 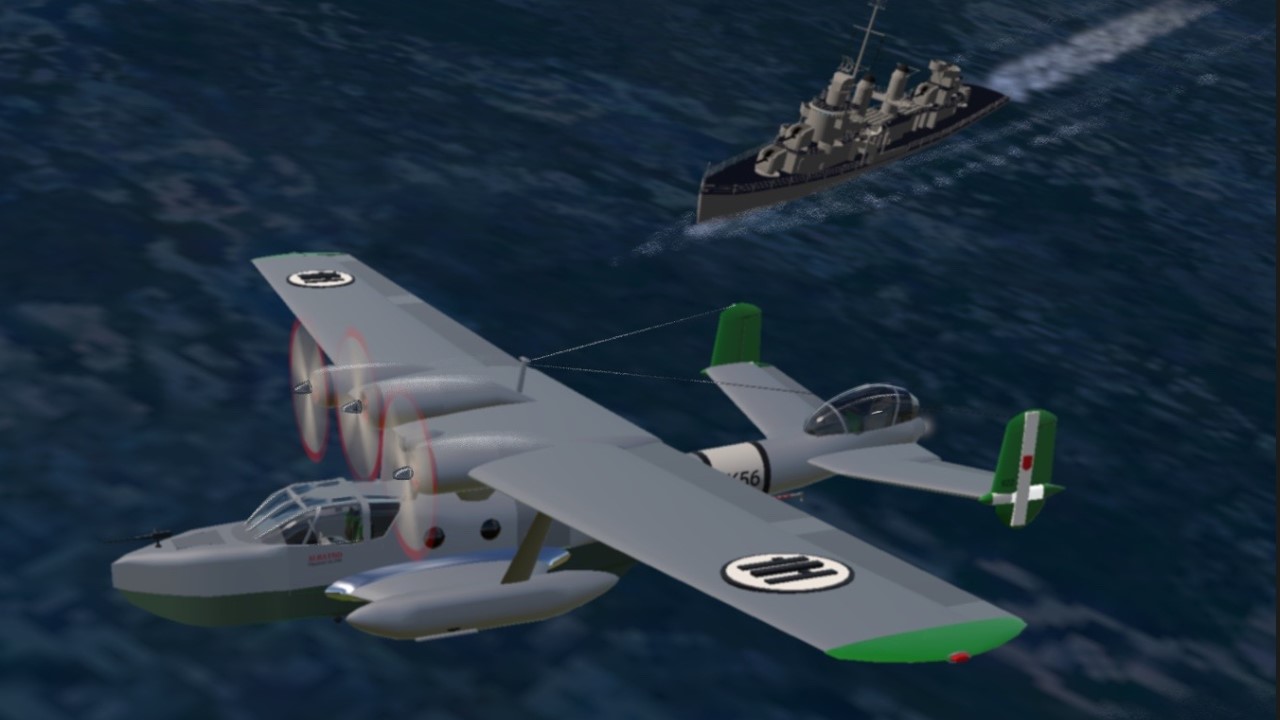 This took four days (maybe about 16-20 hours of work to build, test, and everything). It was fun. Turn on AG1 & 2 to turn on the engines. Before starting the engines, try flying it like a glider; Use wing flaps (VTOL min) for landing and takeoff- it is very effective. You may love It.

The Caproni Ca.244 Albatro (Italian: Albatross) was a trimotor seaplane produced by the Caproniaircraft-manufacturing company in 1935. It served as a transport and patrol aircraft with the Italian Navy "Regia Marina" during WW2. It established 3 world records in 1936. During World War II it was used as a reconnaissance aircraft, bomber, and air-sea rescue plane, by the Italian Regia Aeronautica and Regia Marina, Aeronautica Cobelligerante del Sud. The military version was one of the best floatplanes ever built. Despite its wooden structure, it was able to operate in very rough seas. Ca.244 can also take off from land bases and land on aircraft carriers.

This plane was made for long-range patrol missions, such-and-rescue missions, so it has excellent slow-speed handling (flaps down/extended by minimum VTOL). It can also glide without using engines for a long time, like a giant glider.

"Caproni Ca.244 Albertro" is a Fictional aircraft of the late 1930s to WW2 era flying boat, mainly based on the German Dornea Do-24 and famous US Navy PBY Catalina of the same era. Do-24 inspired seaplane haul design, and wase gunner position is from PYB Catalina. I made it size much closer to the Do-24 (which was only a few feets bigger). The tail gun turret is fictional or maybe inspired by some Russian bombers. 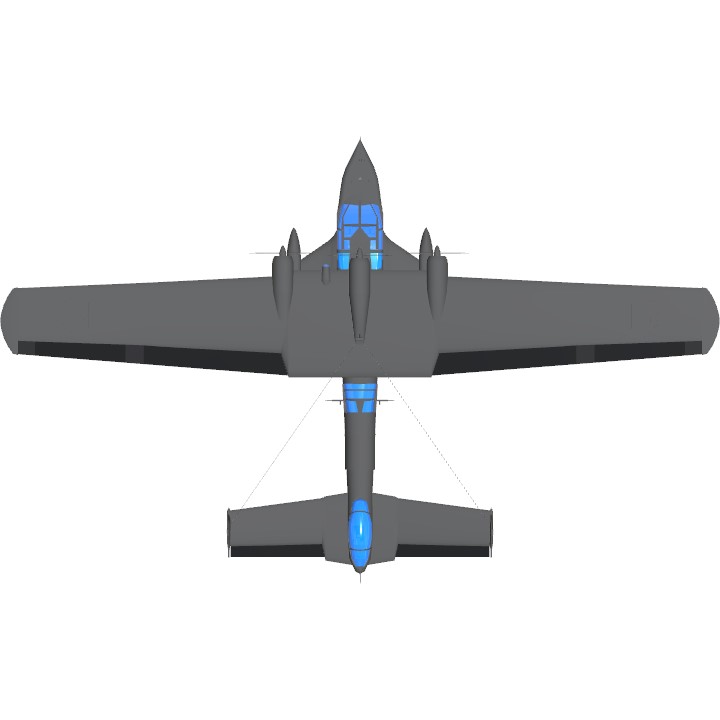 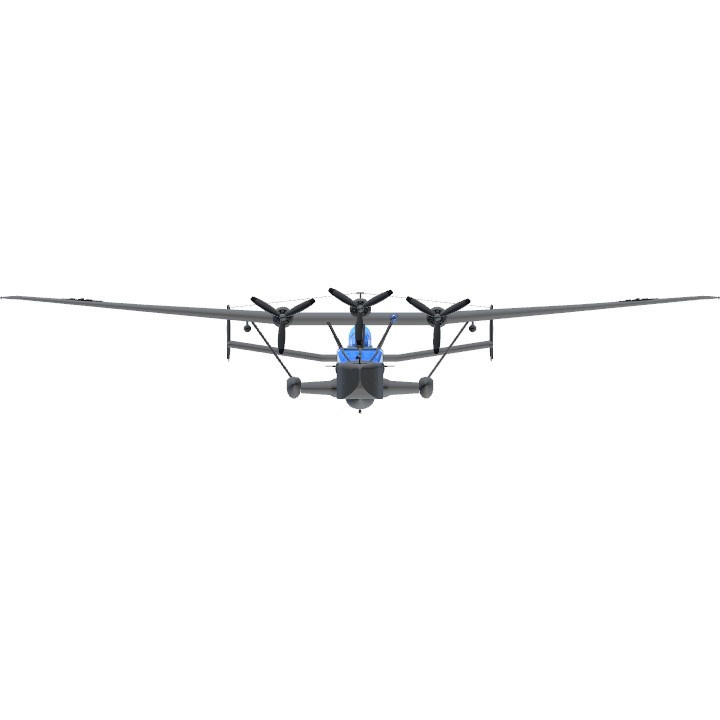