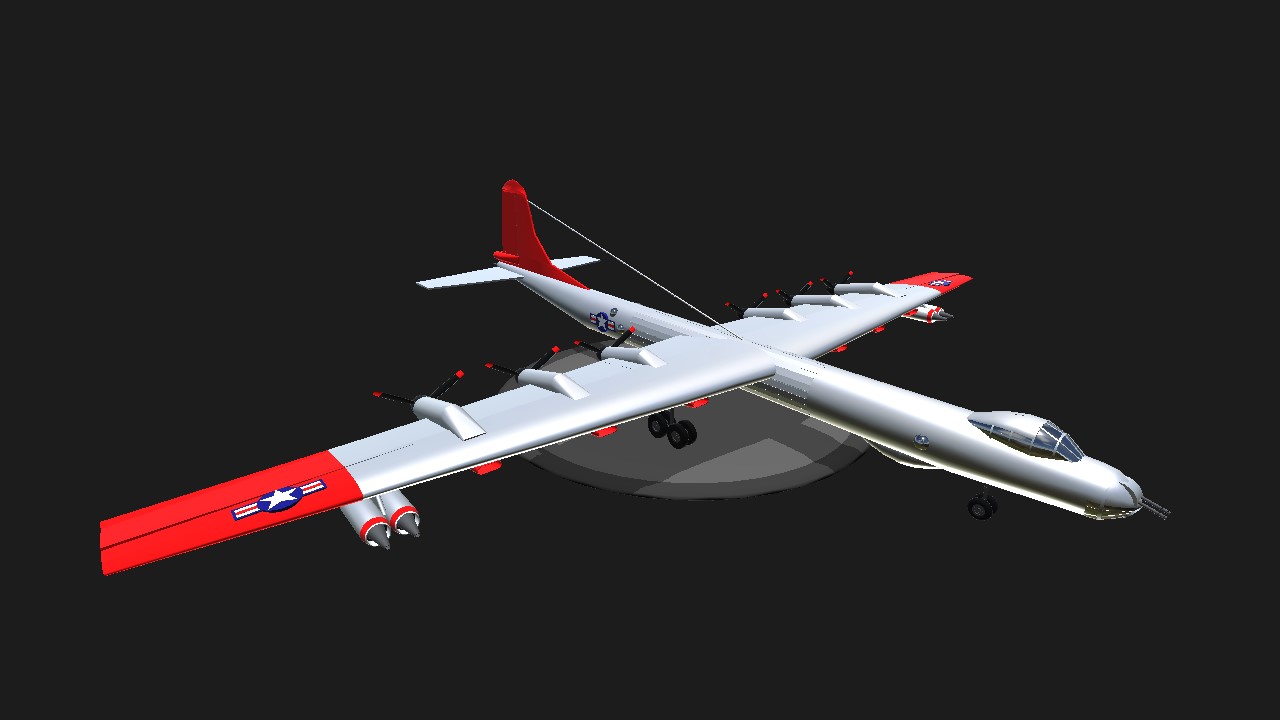 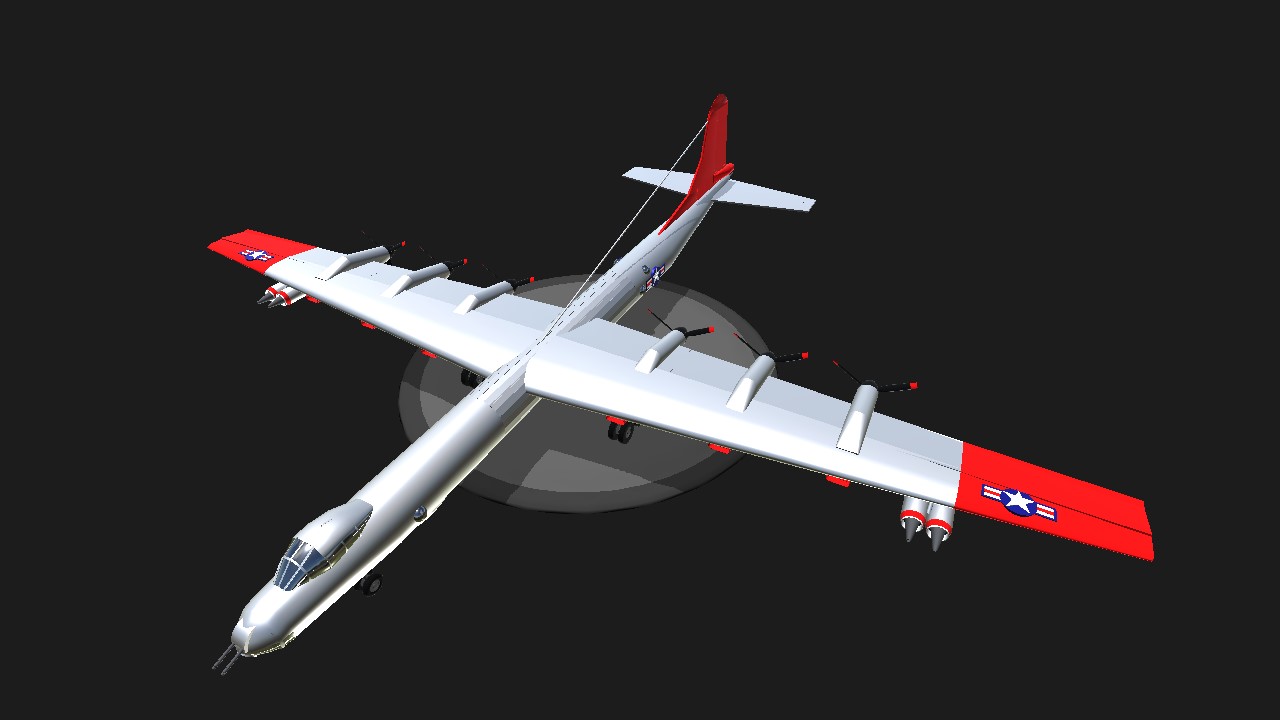 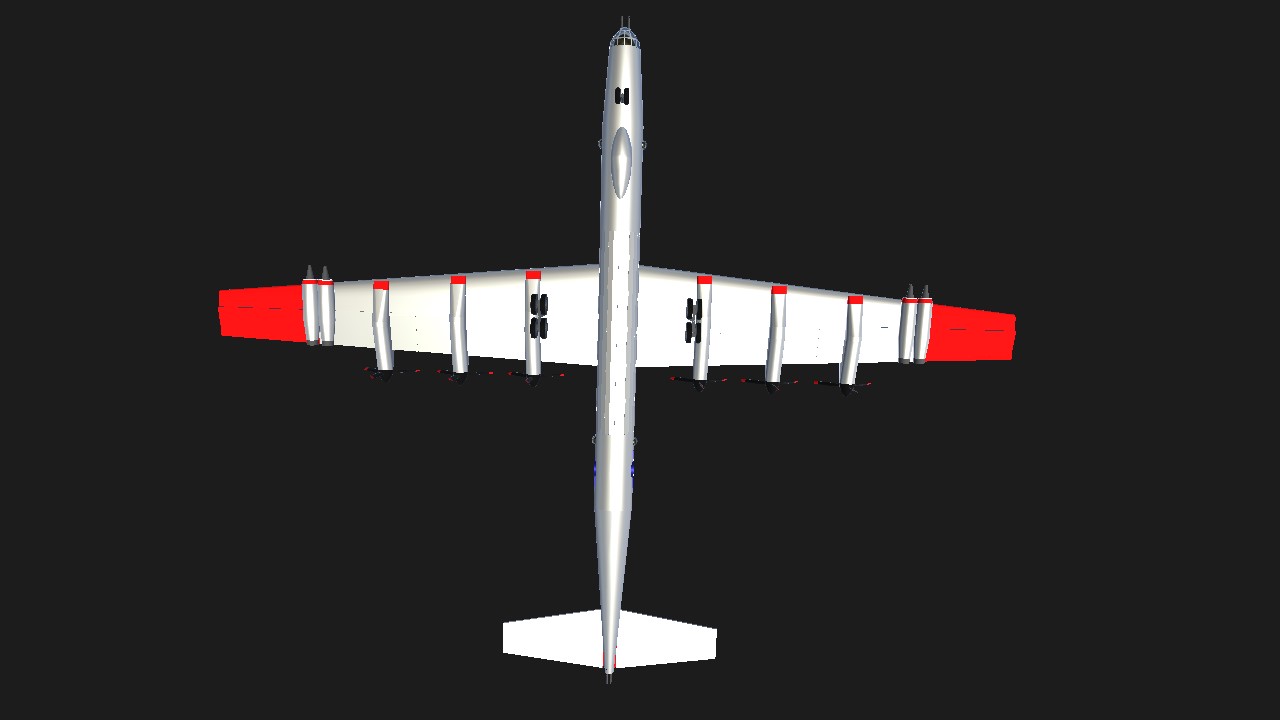 The Convair B-36 "Peacemaker"[N 1] is a strategic bomber built by Convair and operated by the United States Air Force (USAF) from 1949 to 1959. The B-36 is the largest mass-produced piston-engined aircraft ever built. It had the longest wingspan of any combat aircraft ever built, at 230 ft (70.1 m). The B-36 was the first bomber capable of delivering any of the nuclear weapons in the U.S. arsenal from inside its four bomb bays without aircraft modifications. With a range of 10,000 mi (16,000 km) and a maximum payload of 87,200 lb (39,600 kg), the B-36 was capable of intercontinental flight without refuelling. 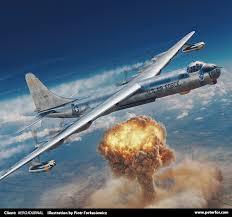 Entering service in 1948, the B-36 was the primary nuclear weapons delivery vehicle of Strategic Air Command (SAC) until it was replaced by the jet-powered Boeing B-52 Stratofortress beginning in 1955. All but four aircraft have been scrapped.

The genesis of the B-36 can be traced to early 1941, prior to the entry of the United States into World War II. At the time, the threat existed that Britain might fall to the German "Blitz", making a strategic bombing effort by the United States Army Air Corps (USAAC) against Germany impossible with the aircraft of the time.[3]

The United States would need a new class of bomber that would reach Europe and return to bases in North America,[4] necessitating a combat range of at least 5,700 miles (9,200 km), the length of a Gander, Newfoundland–Berlin round trip. The USAAC therefore sought a bomber of truly intercontinental range,[5][6] similar to the German Reichsluftfahrtministerium's (RLM) ultralong-range Amerikabomber program, the subject of a 33-page proposal submitted to Reichsmarschall Hermann Goering on 12 May 1942.

World War II and after Edit
As the Pacific war progressed, the USAAF increasingly needed a bomber capable of reaching Japan from its bases in Hawaii, and the development of the B-36 resumed in earnest. Secretary of War Henry L. Stimson, in discussions with high-ranking officers of the USAAF, decided to waive normal army procurement procedures, and on 23 July 1943 – some 15 months after the Germans' Amerikabomber proposal's submission made it to their RLM authority, and coincidentally, the same day that, in Germany, the RLM had ordered the Heinkel firm to design a six-engined version of their own, BMW 801E powered Amerikabomber design proposal[8] – the USAAF submitted a "letter of intent" to Convair, ordering an initial production run of 100 B-36s before the completion and testing of the two prototypes.[9] The first delivery was due in August 1945, and the last in October 1946, but Consolidated (by this time renamed Convair after its 1943 merger with Vultee Aircraft) delayed delivery. The aircraft was unveiled on 20 August 1945 (three months after V-E Day), and flew for the first time on 8 August 1946.[10]

After the establishment of an independent United States Air Force in 1947, the beginning in earnest of the Cold War with the 1948 Berlin Airlift, and the 1949 atmospheric test of the first Soviet atomic bomb, American military planners sought bombers capable of delivering the very large and heavy first-generation atomic bombs.

The B-36 was the only American aircraft with the range and payload to carry such bombs from airfields on American soil to targets in the USSR. The modification to allow the use of larger atomic weapons on the B-36 was called the "Grand Slam Installation".[11]

The B-36 was arguably obsolete from the outset, being piston-powered, coupled with the widespread introduction of first-generation jet fighters in potential enemy air forces.[3][12] However, its jet rival, the Boeing B-47 Stratojet, which did not become fully operational until 1953, lacked the range to attack the Soviet homeland from North America without aerial refueling and could not carry the huge first-generation Mark 16 hydrogen bomb.

The other American piston bombers of the day, the B-29 and B-50, were also too limited in range to be part of America's developing nuclear arsenal.[13] Intercontinental ballistic missiles did not become sufficiently reliable until the early 1960s. Until the Boeing B-52 Stratofortress became operational in 1955, the B-36, as the only truly intercontinental bomber, continued to be the primary nuclear weapons delivery vehicle of the SAC.[3]

Convair touted the B-36 as the "aluminum overcast", a so-called "long rifle" giving SAC truly global reach.[3] During General Curtis LeMay's tenure as head of SAC (1949–57), the B-36, through intense crew training and development, formed the heart of the Strategic Air Command. Its maximum payload was more than four times that of the B-29, and exceeded that of the B-52.

The B-36 was slow and could not refuel in midair, but could fly missions to targets 3,400 miles (5,500 km) away and stay aloft as long as 40 hours.[3] Moreover, the B-36 was believed to have "an ace up its sleeve": a phenomenal cruising altitude for a piston-driven aircraft, made possible by its huge wing area and six 28-cylinder engines, putting it out of range of most of the interceptors of the day, as well as ground-based anti-aircraft guns.[3] 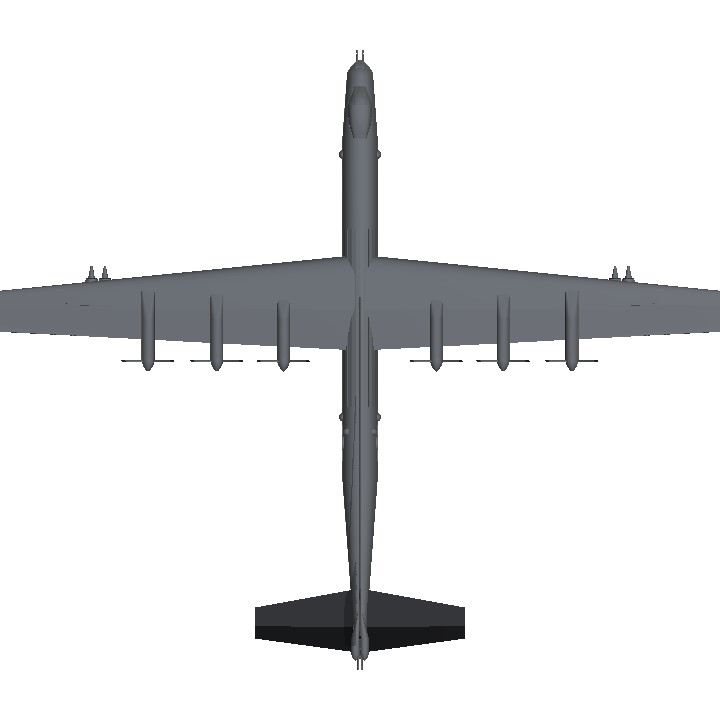 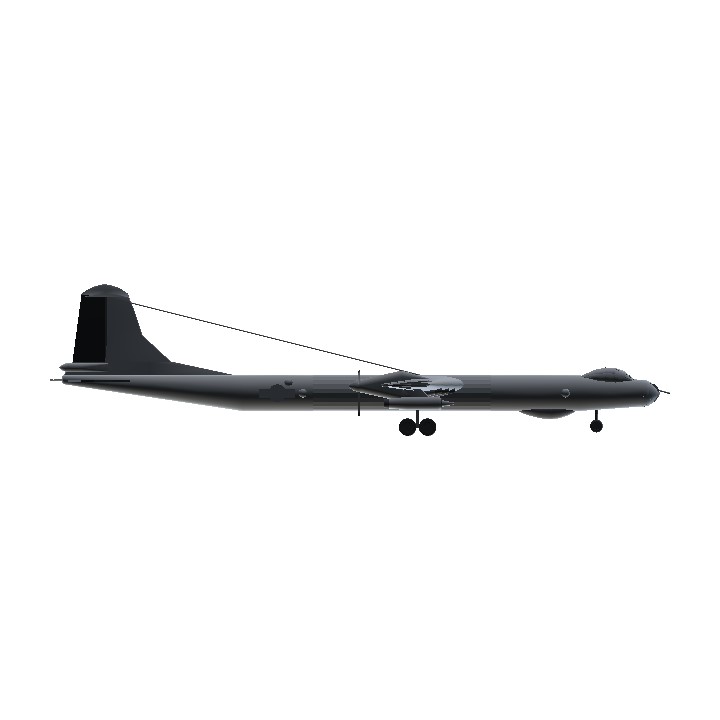 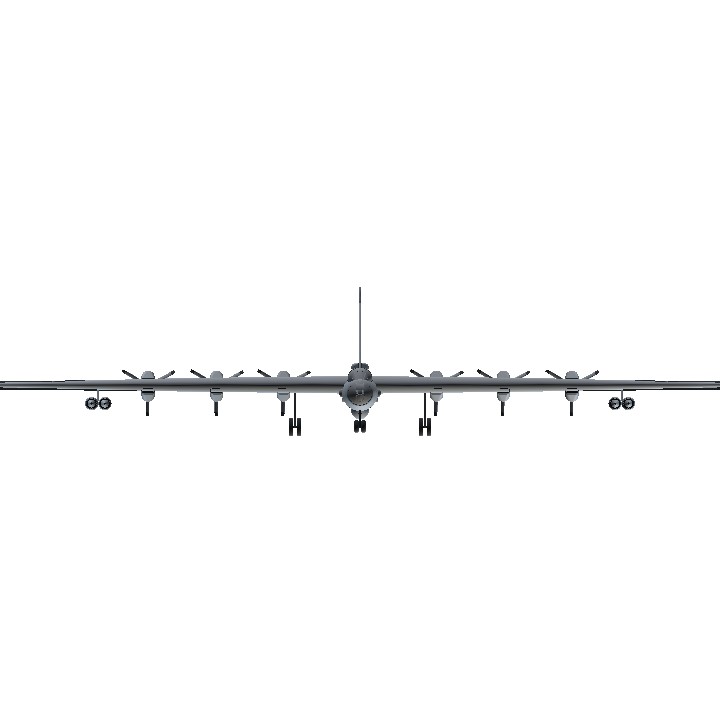