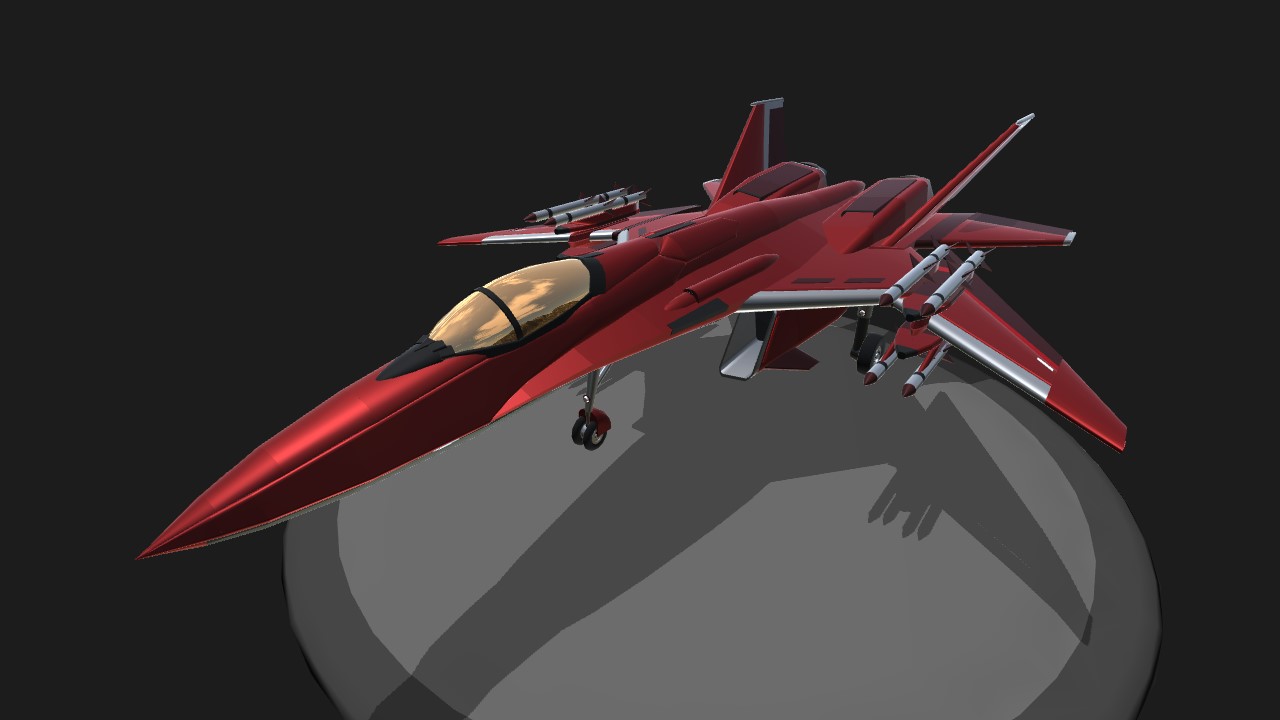 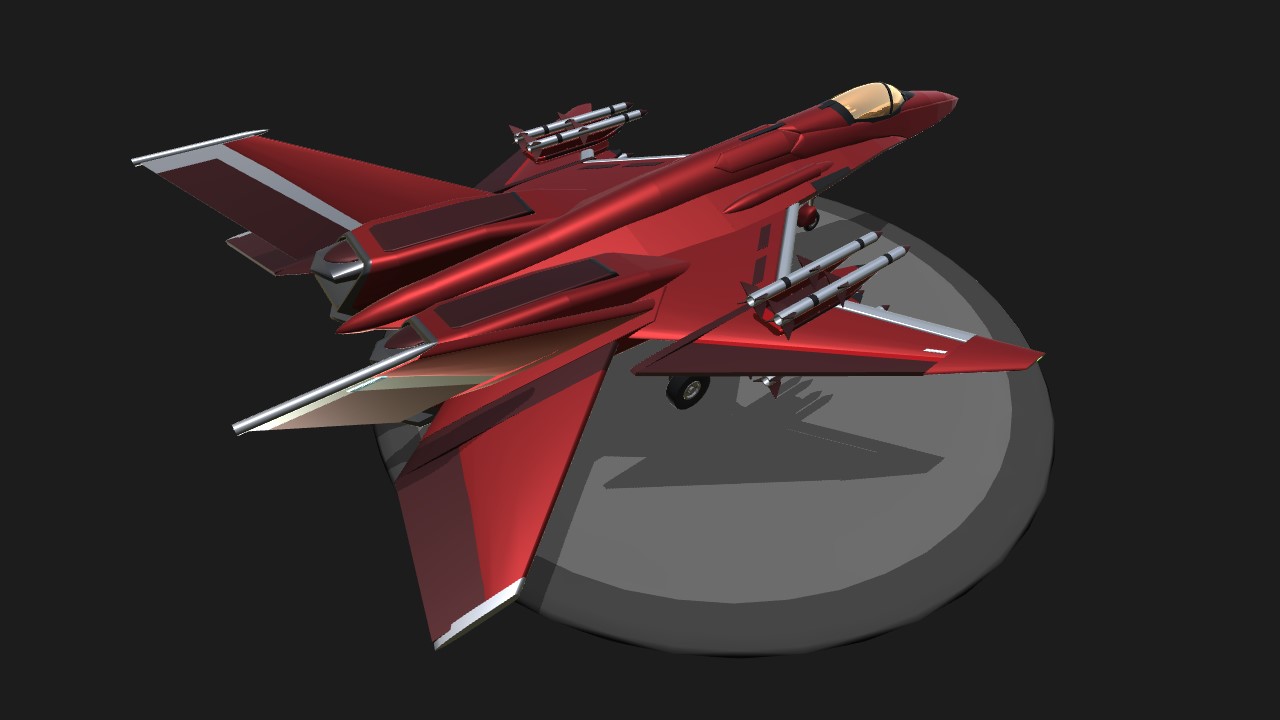 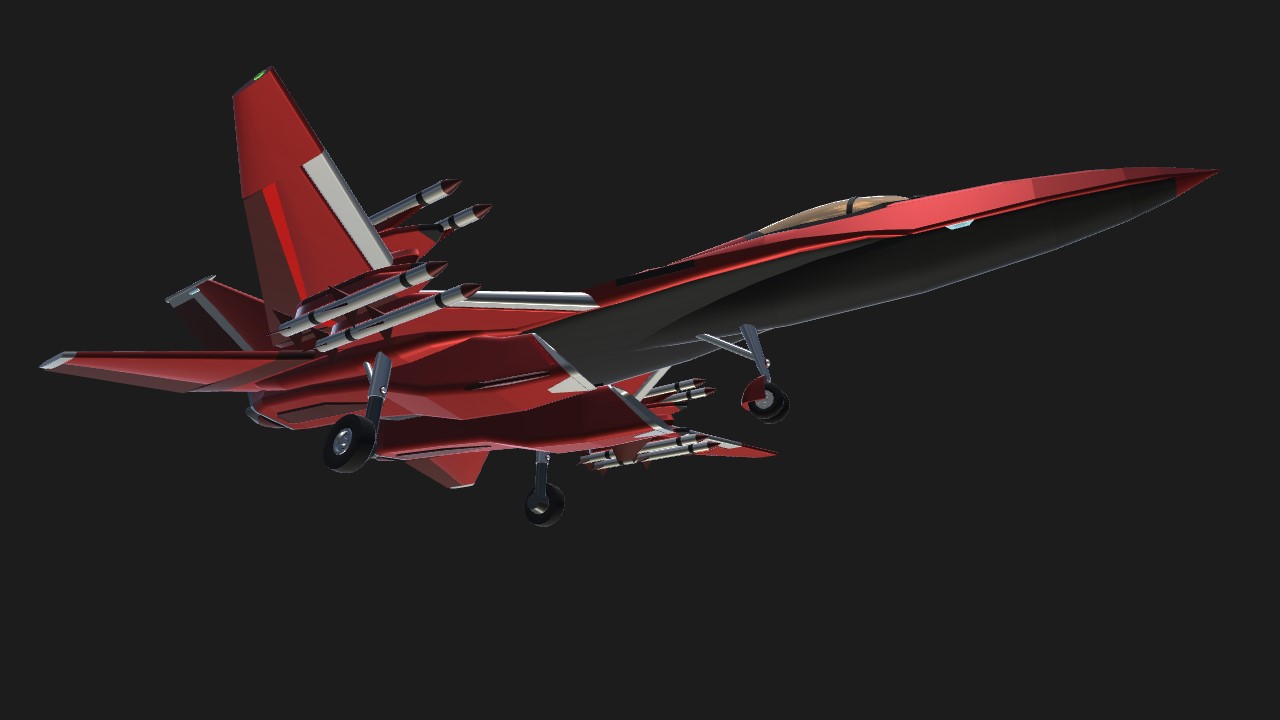 A fictional Japanese heavy fighter, inspired by Ace Combat and several popular animes. Its forward swept wings which can entirely pivot, grant this fighter good maneuverability, as well as the the ability to take off and land at low speeds. This version is modified to include fully functional Thrust vectoring control, allowing post-stall maneuverability.

[FEATURES]
- Now with full thrust vectoring!
- Semi detailed cockpit
- The same springy gear from the original, to dampen even the worst of landings

[INSTRUCTIONS]
- Get a controller or joystick. This plane is sensitive, and overly abrupt input can easily destabilise it.
- TVC should only be used without afterburner. It is very unstable at high speeds. Center the stick before disabling.
- Land at approx 135 mph at 20-25% thrust. Use full trim for lots of lift
- With TVC, the nose can be aimed quite freely at low speed, allowing somersaults, yaw spins, and even hovering. Approx 60% thrust can hold it in a static hover. Make good use of yaw control to stabilise the aircraft. 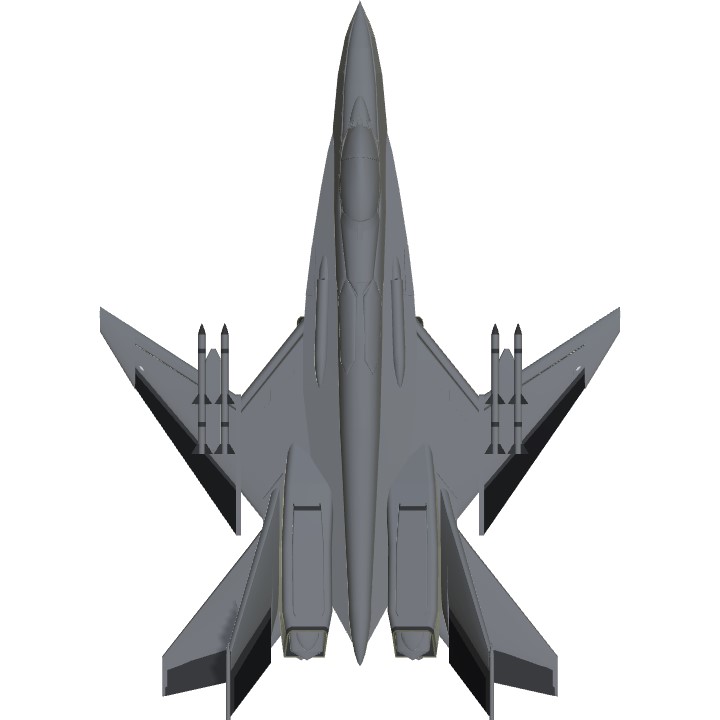 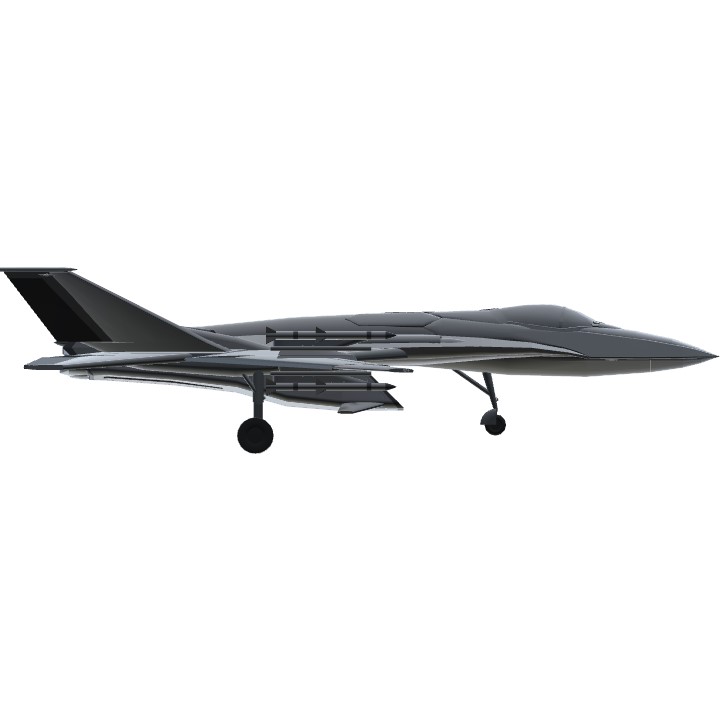 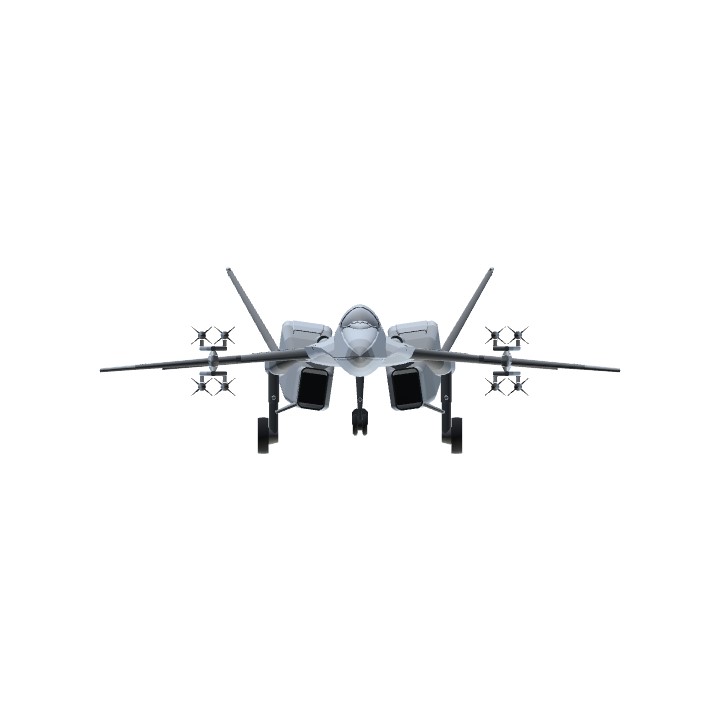