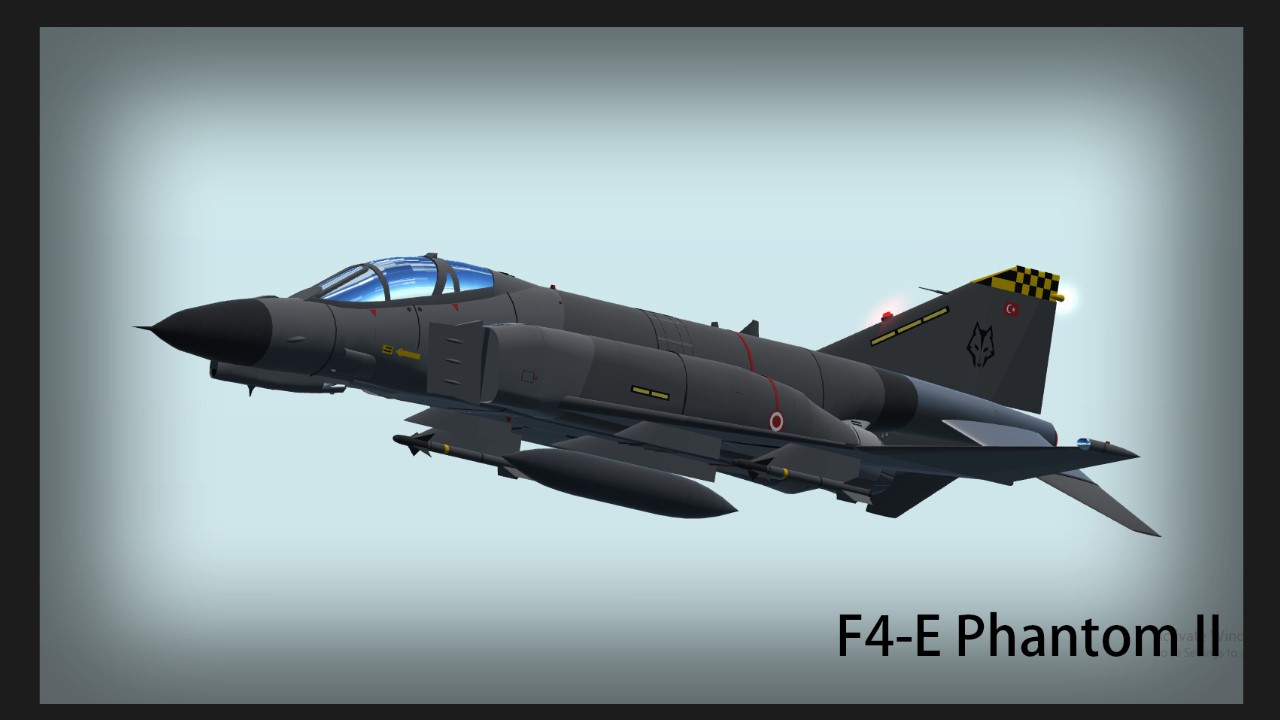 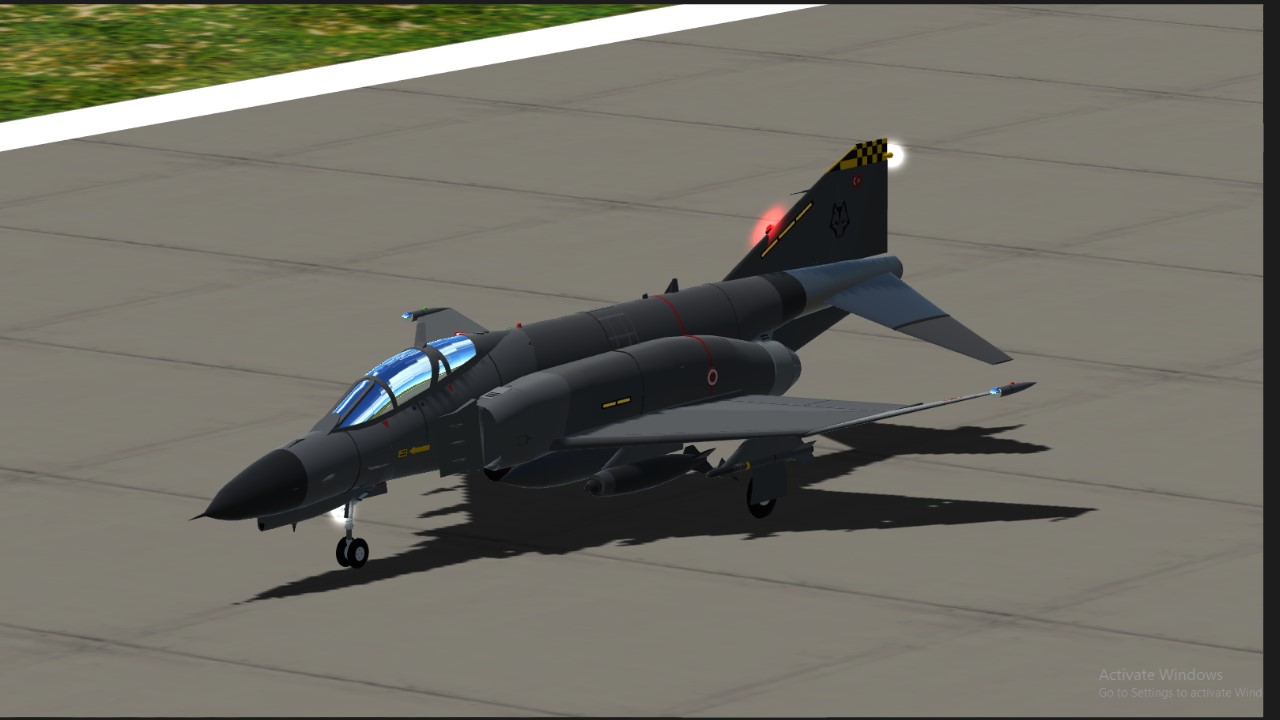 And here it is, the (iconic to say the least) F4 Phantom!

Very fun but difficult to make, this was. I had never made an engine nozzle or a twin engine plane before ( I know I made a MiG19, but that barely counts to be honest..) so this created a lot of struggle for me, my laziness didn't help either.
I managed to pull through and make this.
I want to thank oh so many people who helped me.
If I were to count a few
@MAHADI a crapload of encouragement
@BologneseEX with the afterburner
@OneTwo with wing methodery
@DarthAbhinav
And so many more people I am way too lazy to count.

Wiki says:
The McDonnell Douglas F-4 Phantom II is a tandem two-seat, twin-engine, all-weather, long-range supersonic jet interceptor and fighter-bomber originally developed for the United States Navy by McDonnell Aircraft. It first entered service in 1960 with the Navy. Proving highly adaptable, it was also adopted by the United States Marine Corps and the United States Air Force, and by the mid-1960s had become a major part of their air arms.

The Phantom is a large fighter with a top speed of over Mach 2.2. It can carry more than 18,000 pounds (8,400 kg) of weapons on nine external hardpoints, including air-to-air missiles, air-to-ground missiles, and various bombs. The F-4, like other interceptors of its time, was initially designed without an internal cannon. Later models incorporated an M61 Vulcan rotary cannon. Beginning in 1959, it set 15 world records for in-flight performance, including an absolute speed record and an absolute altitude record.
What pilots say:
"It's thicc and it requires speed to be able to operate properly."
This is the feel I tried to go for.

Not entirely accurate as I had some parts I utterly struggled with, but I am proud of this, I hope you like it. 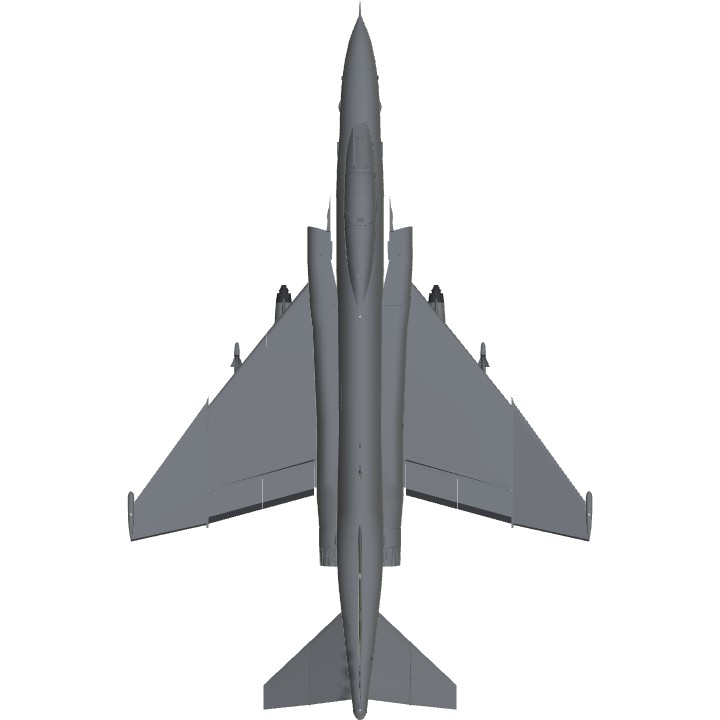 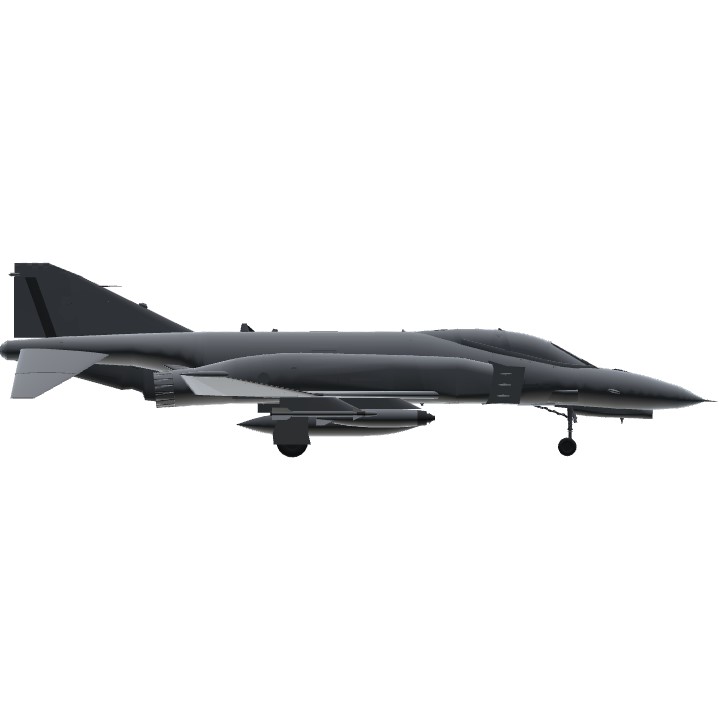 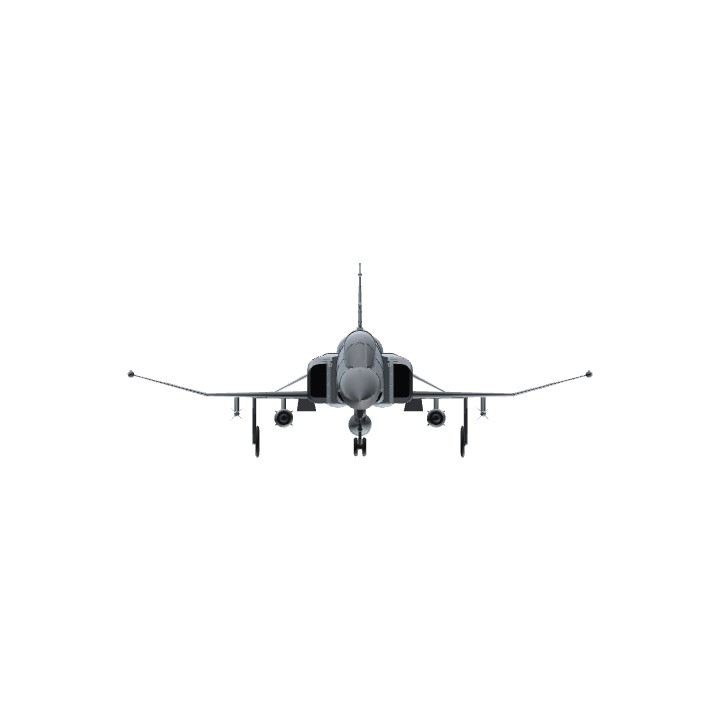