HISTORY: The AI-17B is a attacker/interceptor aircraft disigned for the 1960s Italian attacker/interceptor trials and it's first flight was in Jun 17th, 1963 and was accepted into the Italian Airforce in September 11th, 1966. The AI-17B is suitable for multiple roles, and could carry just about anything you could fit on it which resulted in it's 8 year service. The AI-17B was outfitted with 2x 13mm machine guns, 4x AiM-54C Maverick's, and 4, AiM-9D's. The AI-17B couldn't exceed mach 1.1 and it had a sluggish turn rate which is why it didn't serve for longer, instead, paving a way to success for the AI-18A swing wing interceptor program. Alternate history aside, this is a pretty fun aircraft and it was fun to make and i hope that you all enjoy this as much as i did, and just a side note for speciap controls, VTOL is for the afterburner, and yes, that last bit for the alternate history is a hint to a future variation of this aircraft. Again, enjoy :) 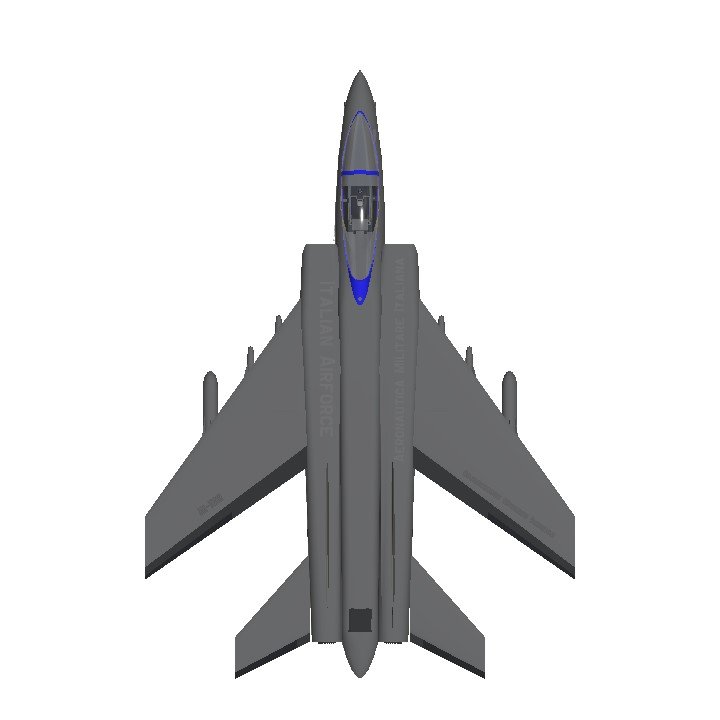