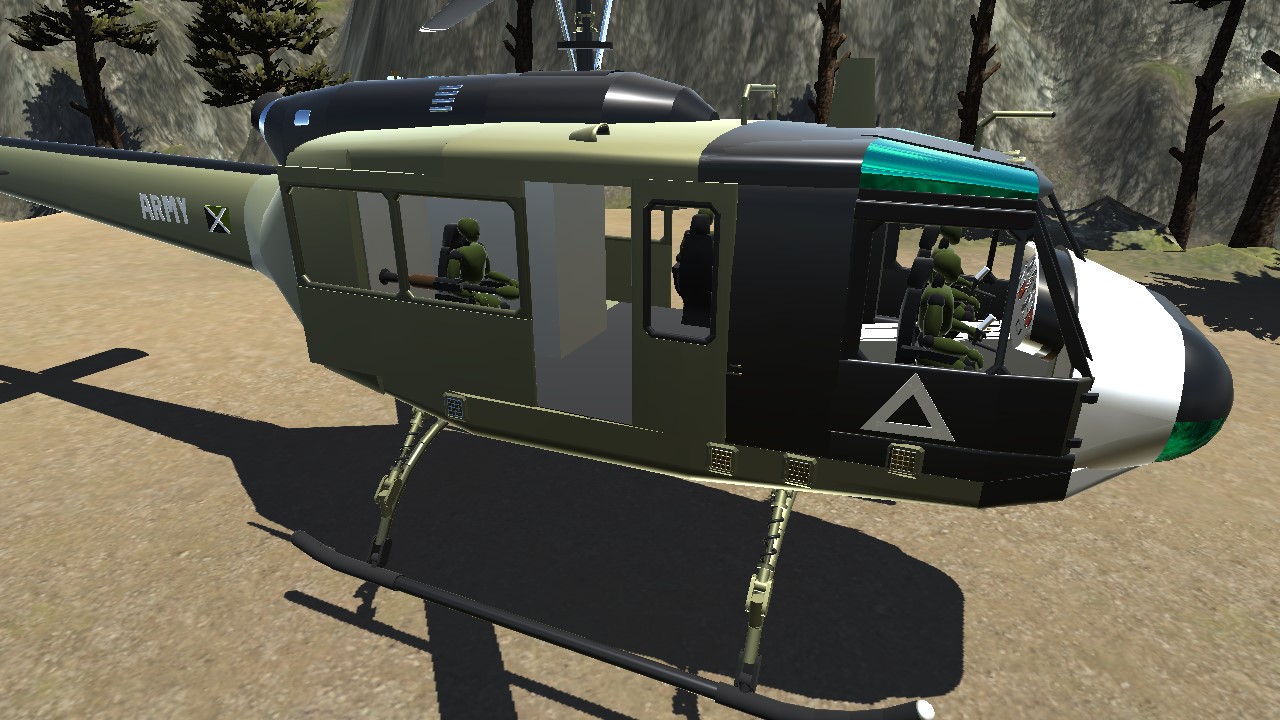 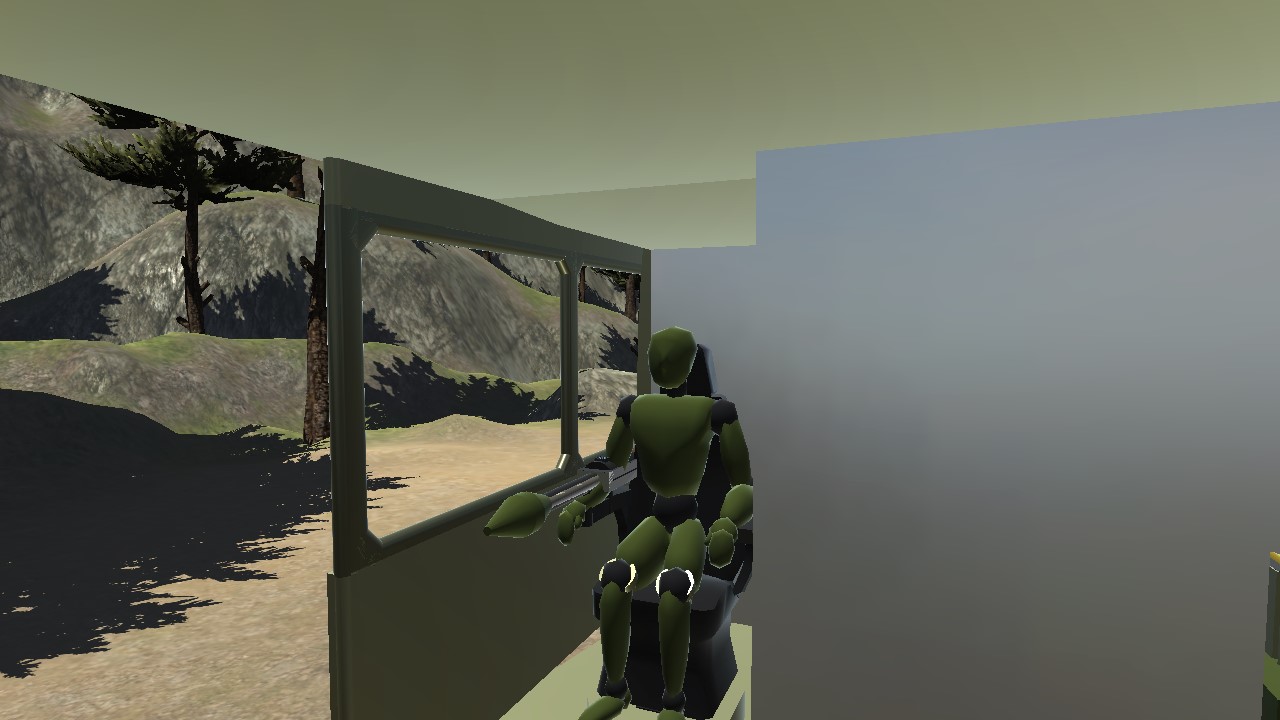 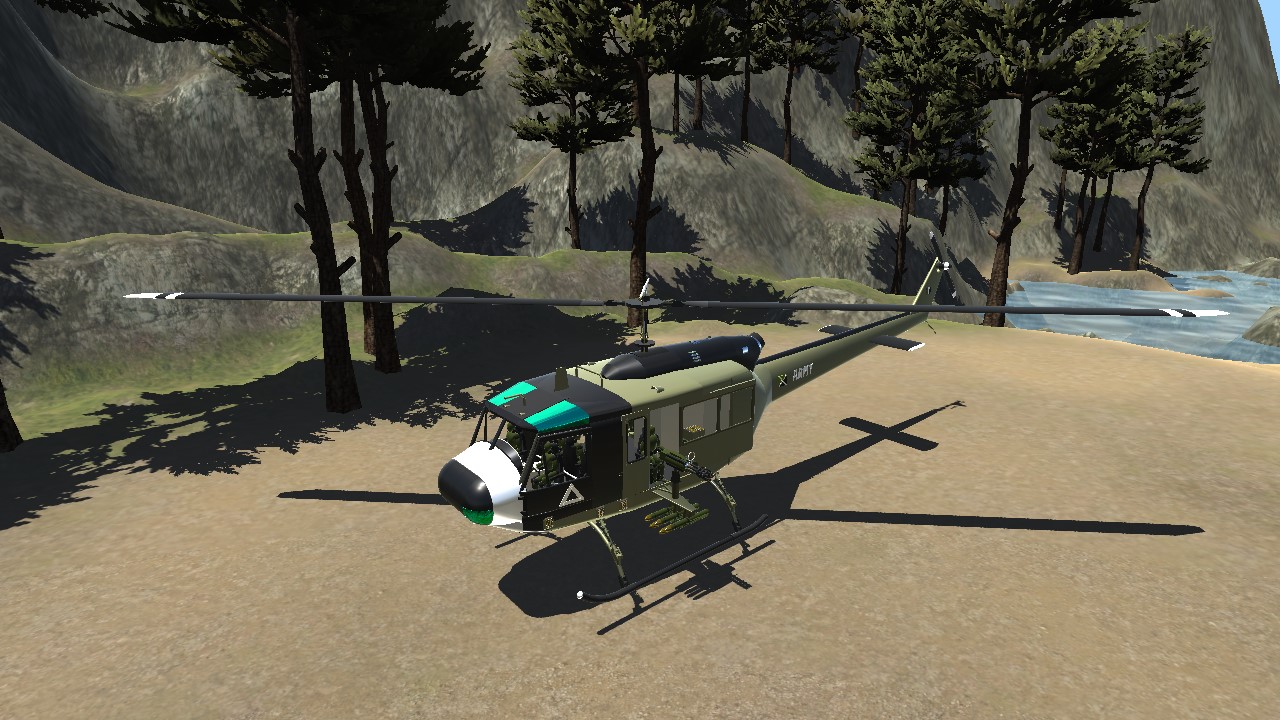 A Huey Helicopter with a deployable (and recoverable!) soldier, who's independently controlled and equipped with an RPG for all of your vehicular destruction needs!

A massive thanks to SpiritusRaptor for building such an amazing helicopter; this build would not have been possible without the care and dedication he put into making his Huey!

Operation of the aircraft:

Strap in, because this is going to be a long one.

Before starting, be sure to deactivate group 8! If this is still active and you brake, it will damage/destroy the helicopter!

Go to camera 1 to aim, using VTOL and Trim. Will not fire unless group 1 is activated.

Only deploy soldier after landing. Flat ground is preferable.

Soldier movement:
-Camera 2 for orbit view.
-Standard pitch/roll/yaw controls apply.
-For delicate maneuvers, use pitch to shuffle soldier along the ground.
-For faster movement, activate brakes. This will extend two pistons in the soldier's legs, giving much greater movement speed.

RPG Controls:
-Camera 3 for first-person view.
-Red dot in center acts as aim guide.
-RPG fires once every 5 seconds.
-If controls get a bit sticky, going into slow mo can make aiming much more precise.

Recovering Soldier:
-Soldier is equipped with flares, to make finding him from the air as easy as possible.
-Evac point must be as flat as possible, for ease of recovery.
-Move soldier so he's directly perpendicular to the landing skids, with his feet right up against them.
-Use brake to fully extend pistons. This will lift the soldier into the cabin of the helicopter.
-Before retracting the pistons, pitch forward, so they don't go through the floor.
-Proper recovery can take a while to get right, so if it doesn't work, just keep trying!

From here, the soldier can be deployed as many times and in as many places as you see fit! Have fun! 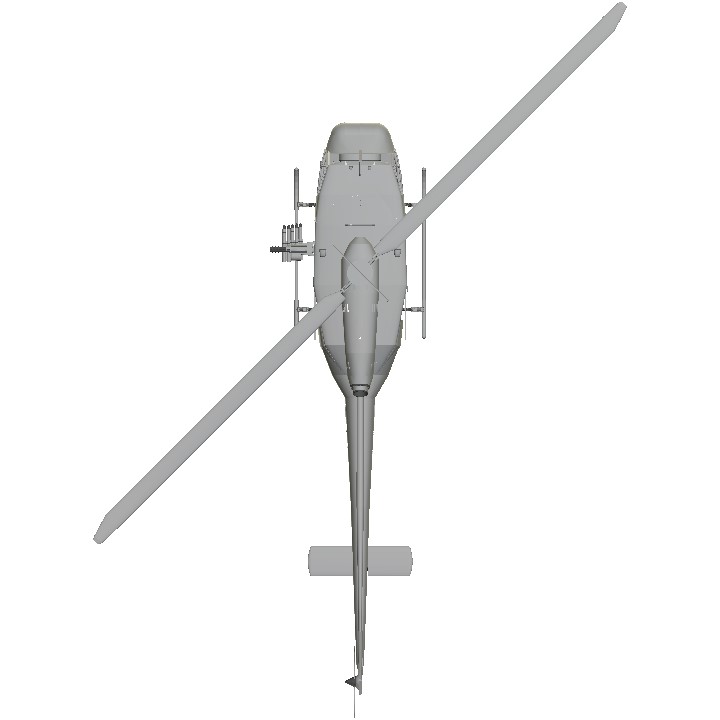 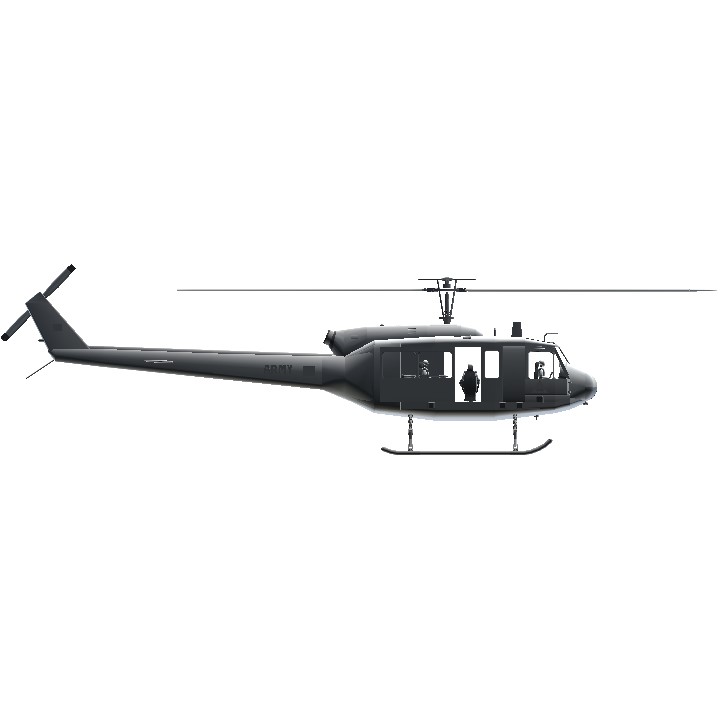