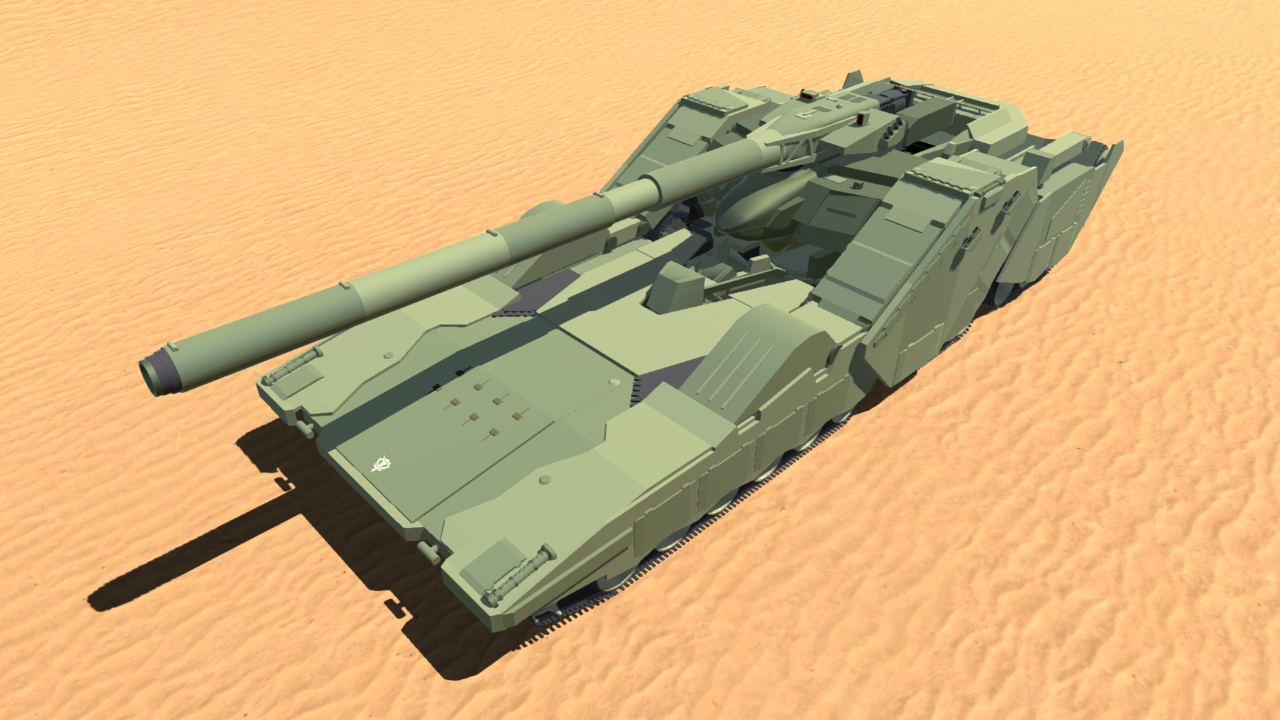 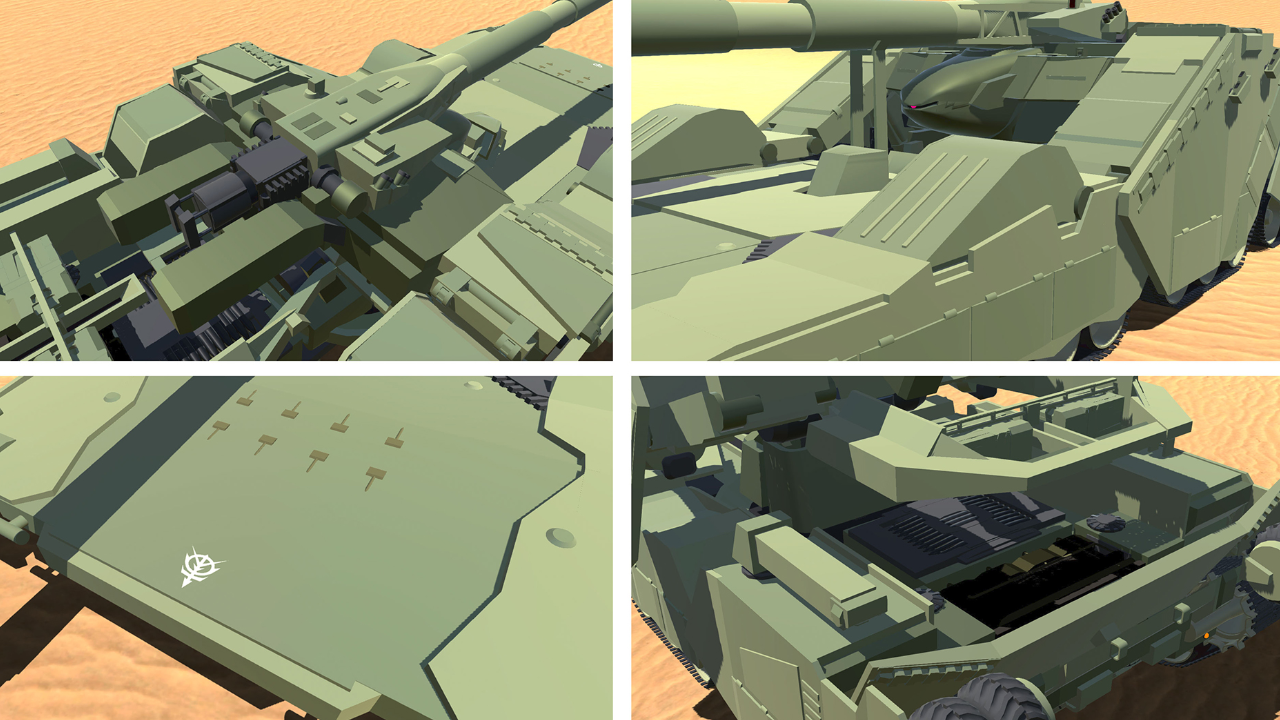 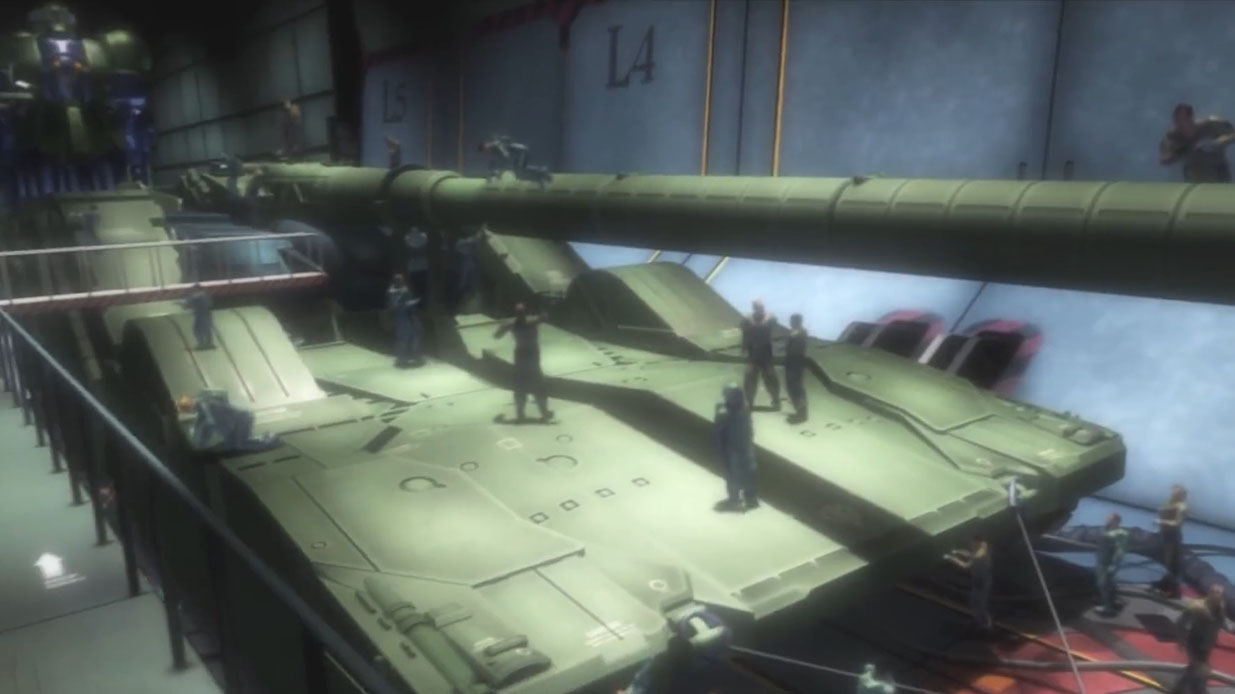 It's originally designed by Katoki Hajime. I simplified many details in order to reduce part count, but I use some detailed parts like rotators to decorate it. I also modified some structures such as the second group of tracks which originally move when Hildolfr transform, I canceled their movements because I personally think the suspensions of a 220t monster should be always fixed tightly to the chassis if it moves at a speed of 110km/h. (Another purpose is to fit the Tracks 2 MOD‘s parts.)
In short, please regard this build as my re-creation instead of a replica (:D)

generally, for both form

Pitch&Roll move
Trim adjust the shooting angle
Yaw rotate the monitor, the range will be decided by the rate of Throttle
AG4&Brake control the dozer blade at the rear
AG5&VTOL control the small crane
AG6activate the magnet of the crane
AG8 activate suspension (you can turn it off when you want to stay steadily to fire.)

and, you always get start from

AG7marching lock (I'm not sure about this word 🙄?) (Trim up a little before you Activate7, then you can deactivateLandingGear to turn off the turret stabilizer.)

AG1 TRANSFORM (as this gif)

(activate the upper body which is similar to Mobile Suit)
Yaw rotate the turret (upper body), the speed will be decided by the rate of Throttle🧐(THIS IS VERY IMPORTANT!!!)
AG2&Trim enable the vertical movement of the waist (lean forward/back)
AG3&VTOL&Trimcontrol the digging arms (their function is to destruct and attack, I haven't set their pose for helping stabilize as deactivate8 is more effective)
AG3also enable "close combat mode" (the waist will rotate fast)

you can do precise cannonry by set Throttle low (lower than 5%) and use MOD Zoom to attack distant target. (but I haven't divided types of slugs)

(for AG1 on, but not for AG3)
in the range of ±45° the SEMI-AUTO AIMING (horizontal only) will function if you get TargetSelected. And Yaw can rotate them a little bit.

(It took me a long time to code the special Funky Trees input with angle limit in order to avoid the contrarotation when HeadingandTargetHeadingsaltation from 360 to 0 (and from -180 to 180). I'm not sure whether it can be simplified or not. and it doesn't calculate advance because there is still a horizontal distance between the cockpit and shoulders and I am not able to amend this deficiency because it's too complex for me.)😅

Anyway, it function nicely when your target is at medium-distance

these parts have high health, low mass, None partCollisionResponse so they vibrate rapidly when they strike objects. It seems that this character discovered by accident can be used to make close combat cold weapons

ps.
Link to the video on bilibili.com 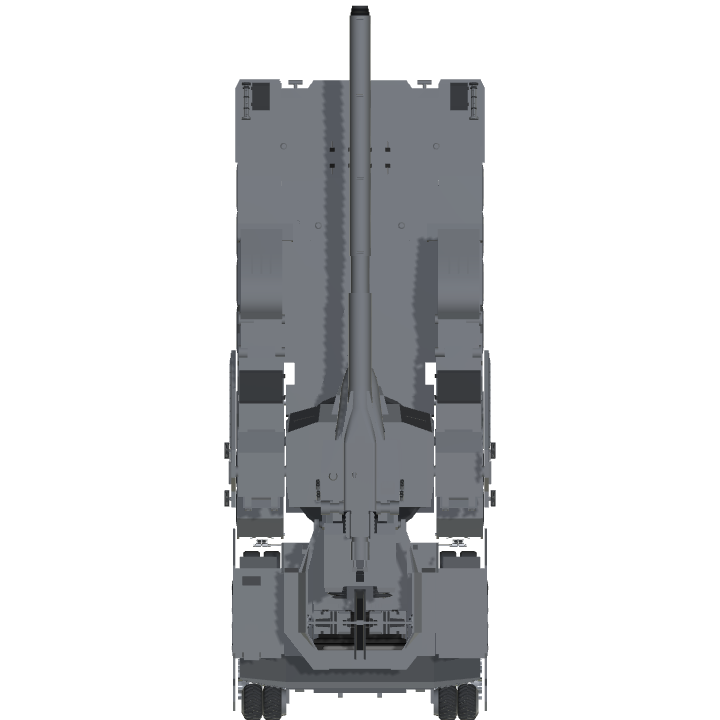 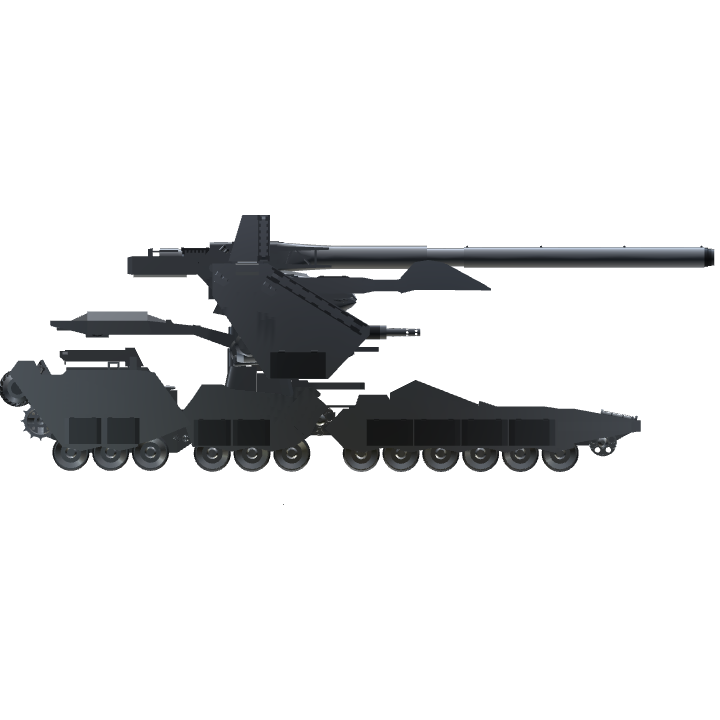