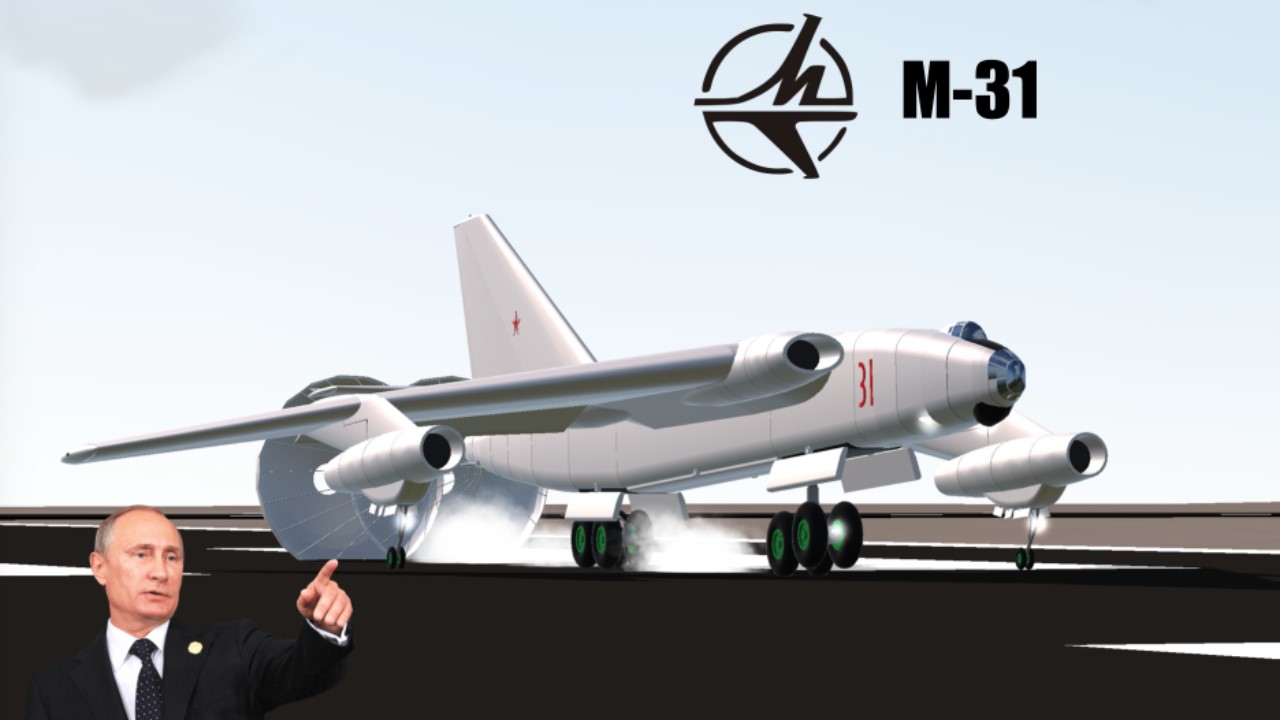 A humungous early 1950s heavy bomber designed to fly at transonic airspeeds in order to reduce the chance of interception from supersonic fighters. Technology overcame this beastly project before it could be built.

The development of supersonic fighters meant that any new strategic bomber would itself need transonic or even supersonic performance to try and avoid being intercepted. However, the aerodynamics and structures needed in a bomber airframe to make it capable of such speeds would require a considerable amount of new research and experimentation and the Myasishchev OKB got moving on this in 1952. It was confirmed that increasing speed from Mach 0.7 to about Mach 1.1 brought a big drop in range because of both the rise in fuel consumption and the reduction in lift delivered by a sweptback wing. Increases in wing sweep reduced the takeoff performance while a thinner wing pushed up the structural weight. Nevertheless, in co-operation with TsAGI, the design bureau began work on a heavy transonic bomber called ‘Article 31’ or M-31.

A 55° sweep wing was selected after wind tunnel results for alternative high sweepback or rhomboid shaped wings had been analyzed. The M-31 was to have four Dobrynin VD-5 engines and the possible alternative arrangements would have all four of these in the fuselage or to put two under the wings on pylons with the other pair in the wing roots. However, the M-31’s wing thickness/chord ratio was 6% maximum, which meant that the wing skins would be relatively thick, so the second format offered a saving in weight while keeping down the size of the fuselage; in addition using pylon-mounted engines would improve the wing’s flutter characteristics by pushing up the critical speed at which this phenomenon appeared. Such a thin wing also prevented the use of a tricycle undercarriage, a zero-track bicycle type being fitted instead, while RATO equipment supplying up to 44,000 lbs (195.6 kN) of additional thrust would be used on takeoff.

John Hall’s model of the M-31. It gives an indication of the design’s considerable bulk.

A preliminary project was presented to the MAP for review in August 1952, but Myasishchev’s designers recognized that much more research would probably be needed before they could begin to design and build a bomber of this size for hitting major military and industrial targets, particularly one that offered even better performance. 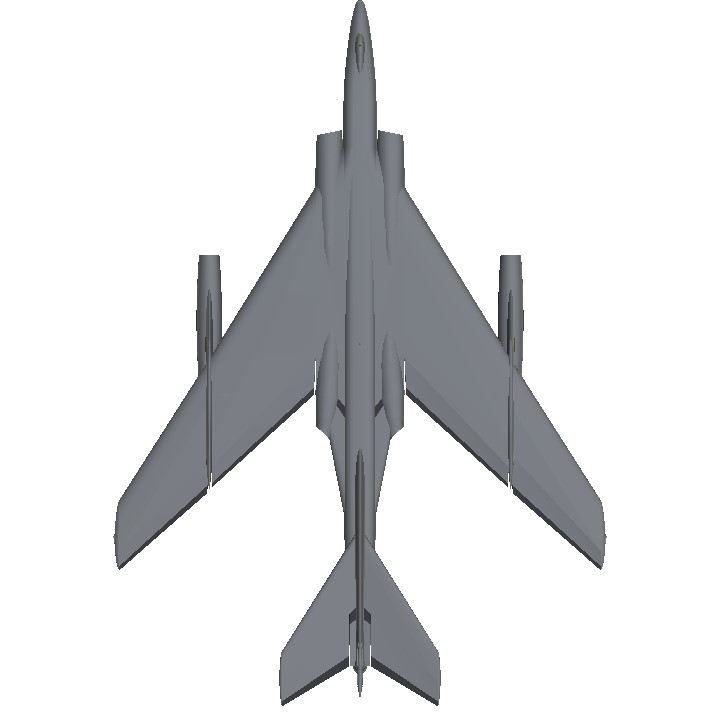 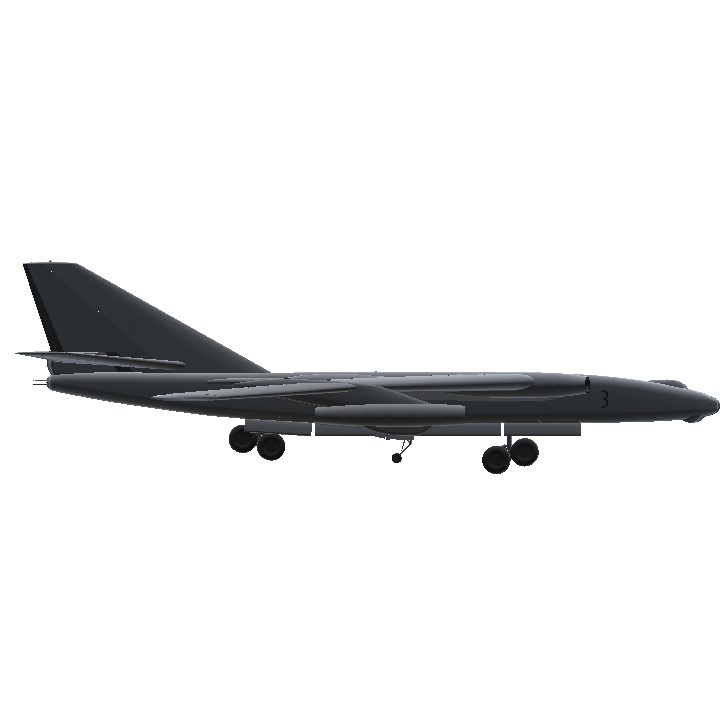 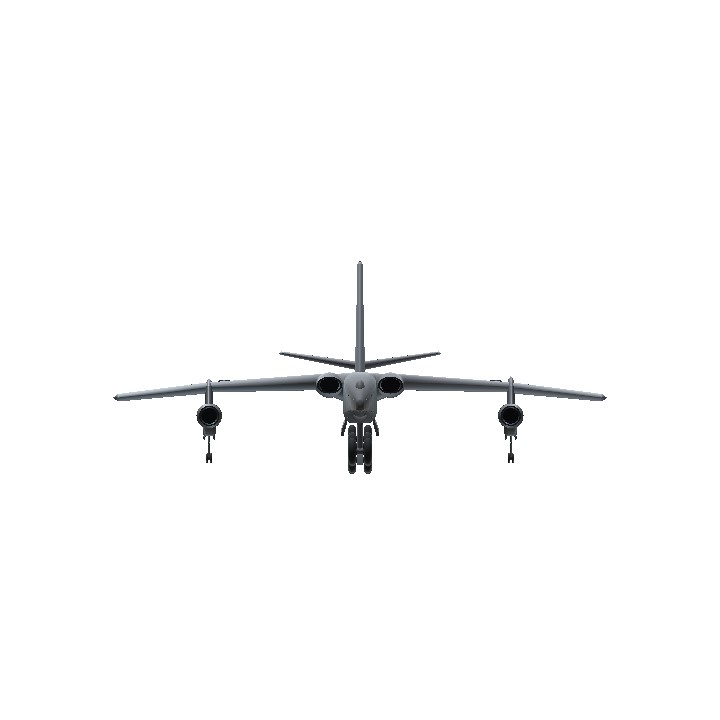