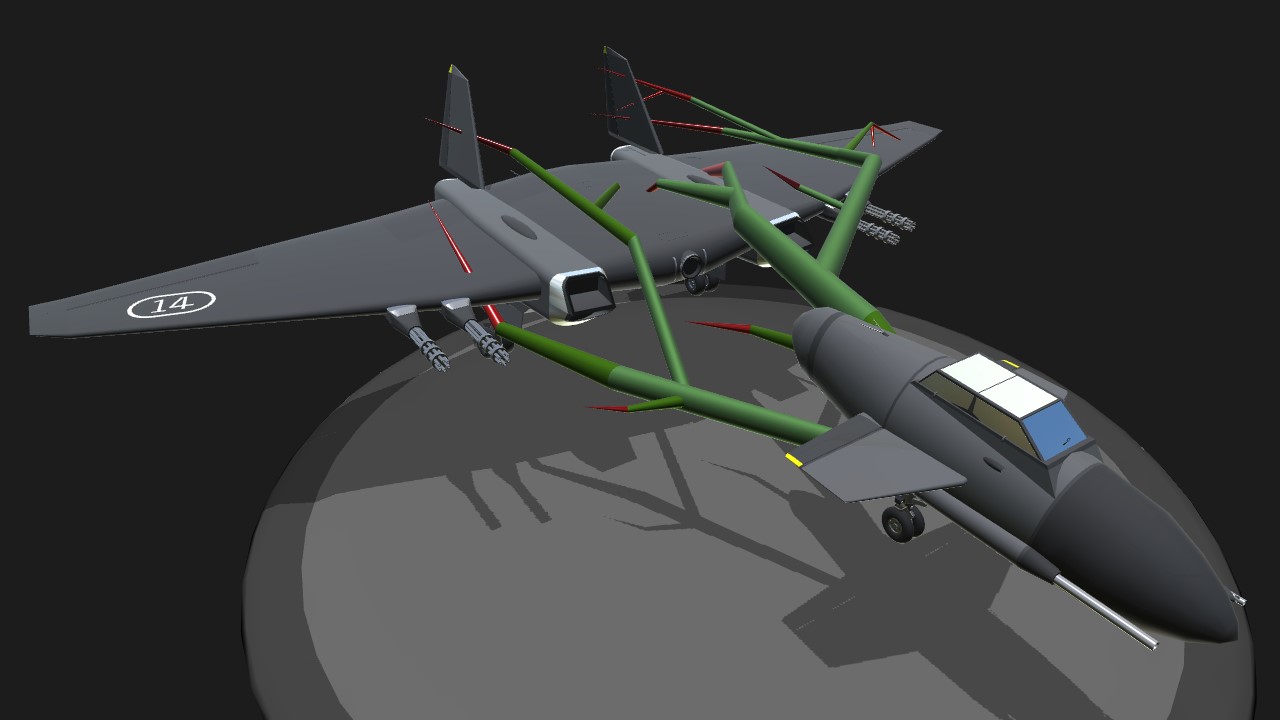 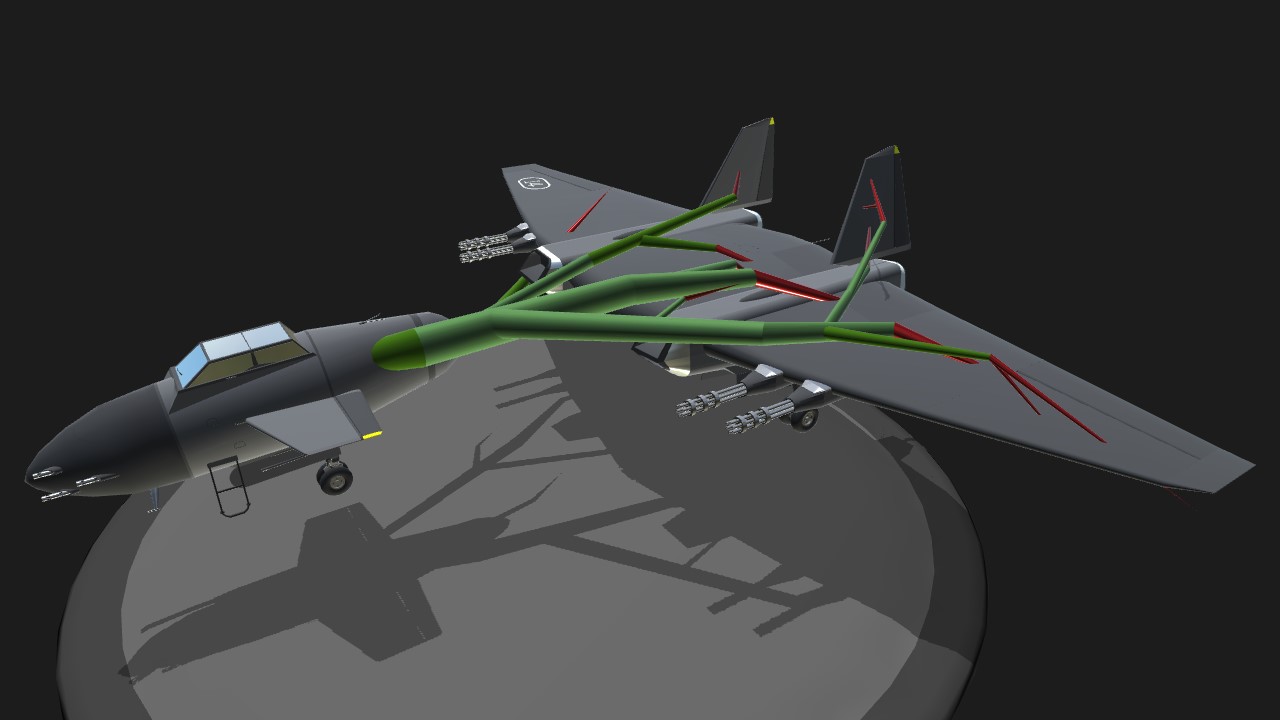 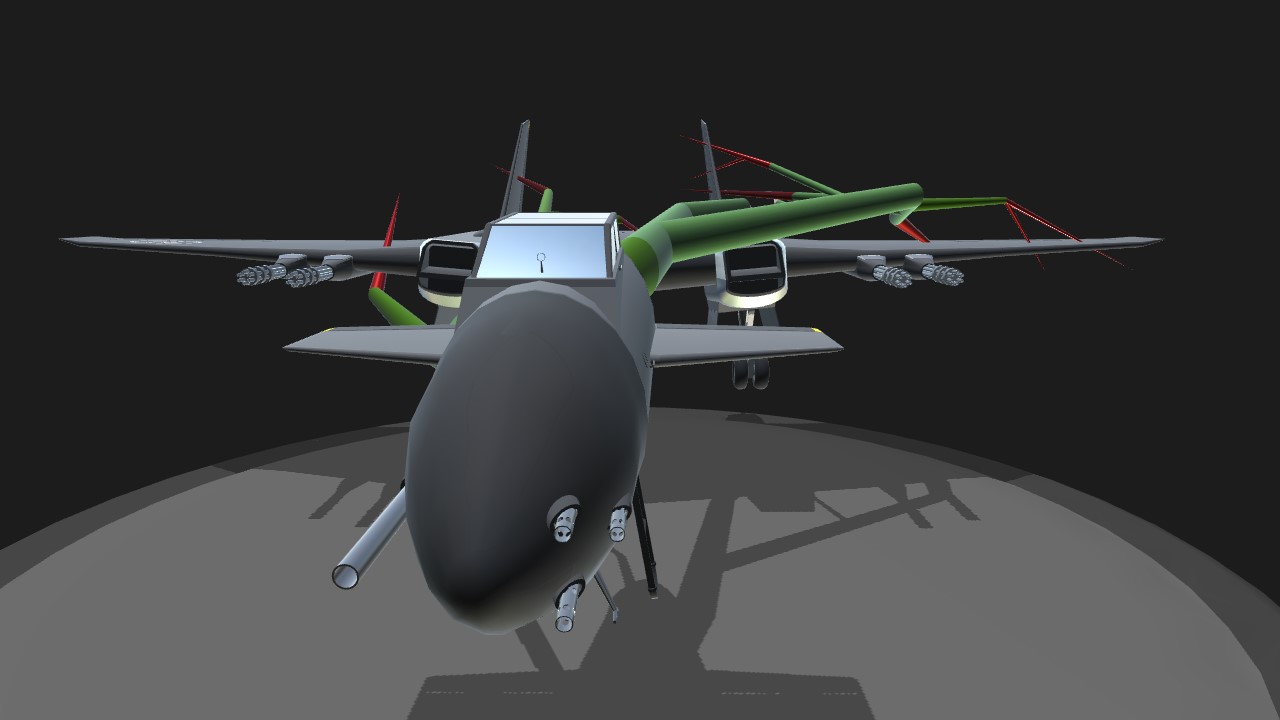 Apply full thottle and rotate at 300mph. Once airborne and gear up, set throttle and trim as required.

AG1 on for boost. Set throttle and trim as required. During landing phase, AG1 off.

Use 15% Throttle for final approach and landing. On touchdown, throttle off and brake gently.

Built by Pilot & crew, with help from Salvage Squad 6.

His Majesty's Aircraft “Sharp Response” is a high speed, threat response fighter, tasked with getting airborne to fighting altitude as quickly as possible. The craft is heavily armed with 3 nose guns, 4 wing-mounted rotary cannon, and a heavy cannon mounted on the starboard forward fuselage.

The craft has been assigned to the 14th Defense Group and will operate from the South Province bases to protect nearby civilian assets from attack.

I thought I would dial up the weirdness (and the noise) a bit for this build! It will grow on you! 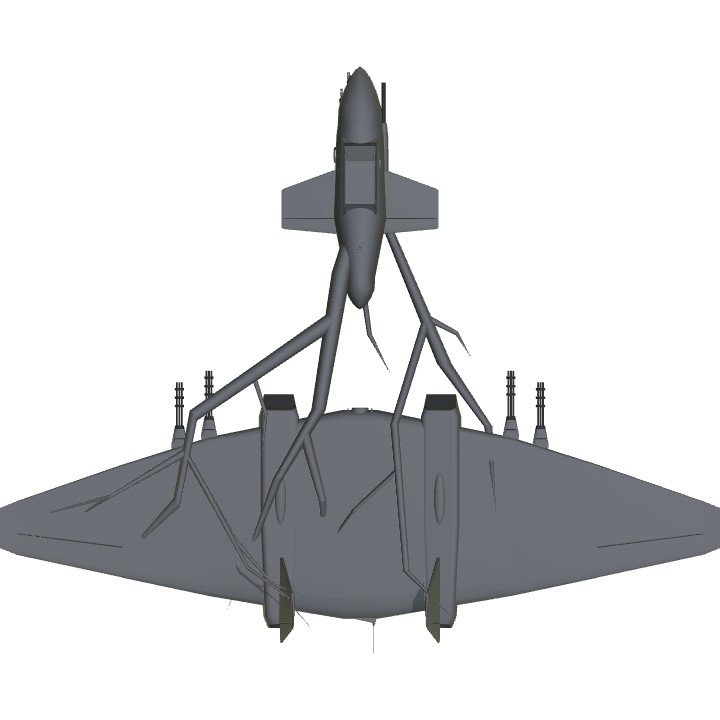 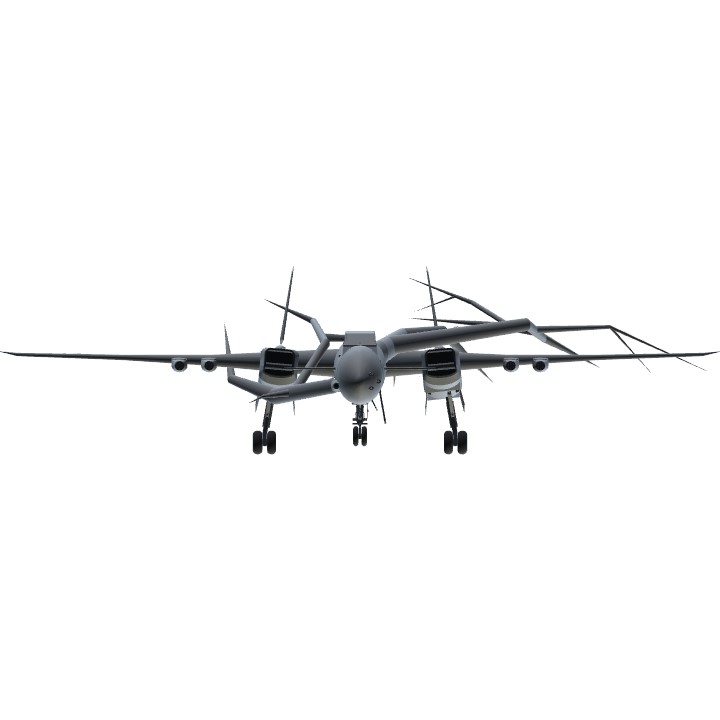