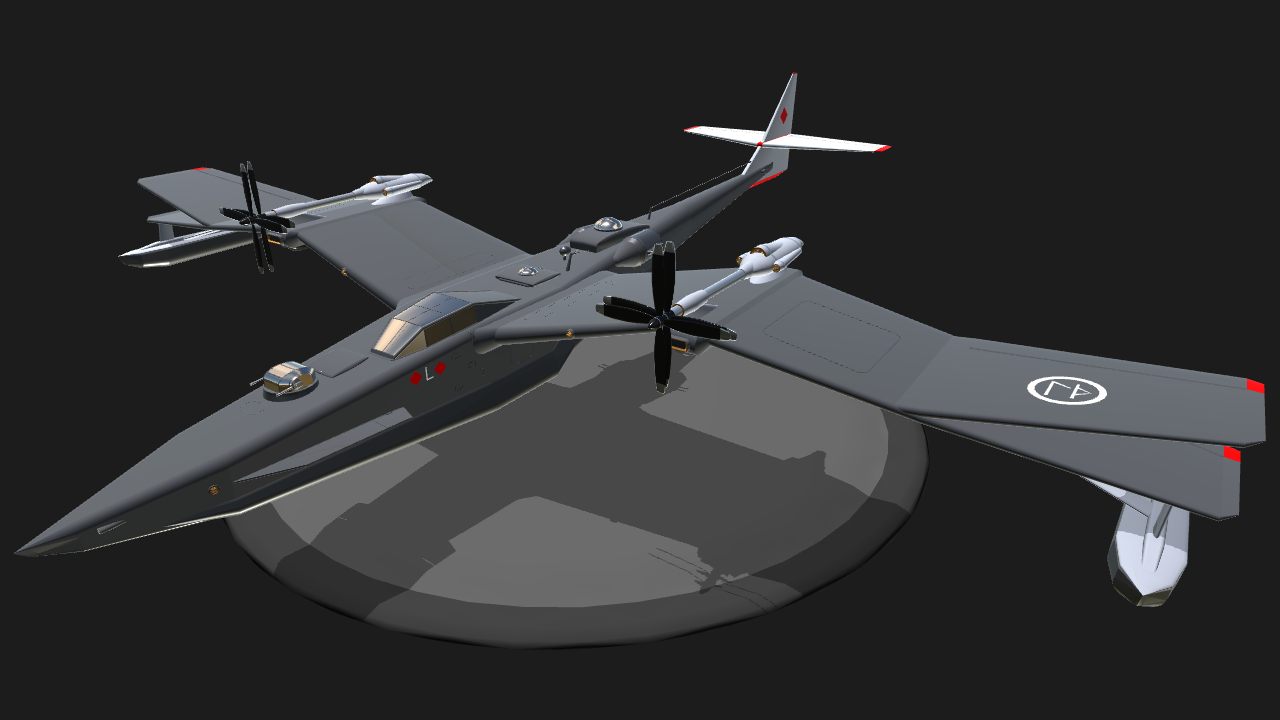 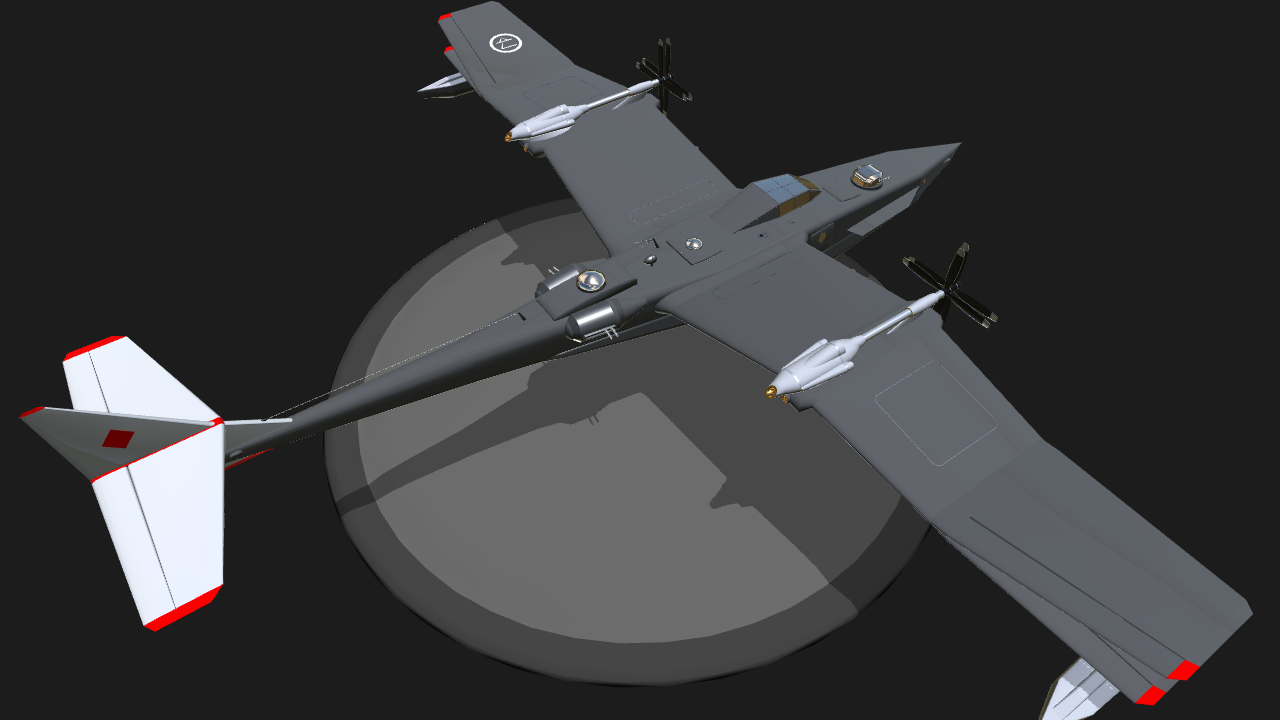 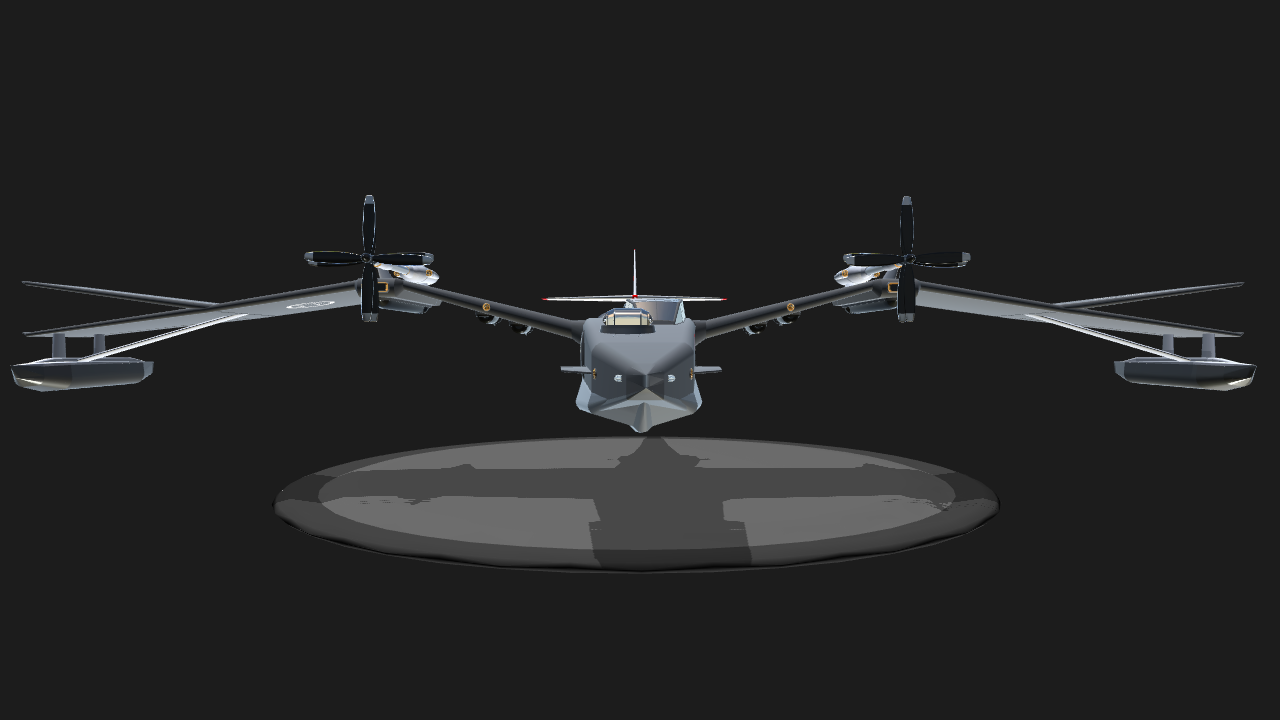 AG1 on to enable propulsion. AG2 on to set Lift-Canards for take-off. Apply full throttle and pull up during take-off run; unstick occurs at 180mph. Once airborne, allow the craft to get to 260mph with a positive climb, then AG2 off to centre Lift-Canards.

Maintain full throttle for climb or reduce and set trim as required.

AG1 off, AG3 on. Use Pitch for forward & reverse, use Roll to steer left & right.

Pilot in upper cockpit, Second Pilot in lower cabin for flight engineer duties when not at the controls.

His Majesty's Aircraft “Clear Resolve” is a small, fast patrol flying boat, operating from our North Western ports. The craft is armed with 2 torpedos and 4 bombs for attack. Front defense is provided by a compact turret. Rear defense is provided by 2 remote controlled blisters operated from the observer's dome, using a computer gun-sight. Like all of His Majesty's flying boats, an important defense strategy is to fly as low as possible and fire upwards when under attack.

Did I mention I like building flying boats? This is what 14 jet engines and 4 props look like flying in close formation. The “lift-canard” thingy is a bit of a flawed concept but fitted the look of the build. The overall shape is based on a picture I saw while browsing for ideas but of course I have heavily Treadified it. The master cockpit is on the centre line of the fuselage so view is obscured. 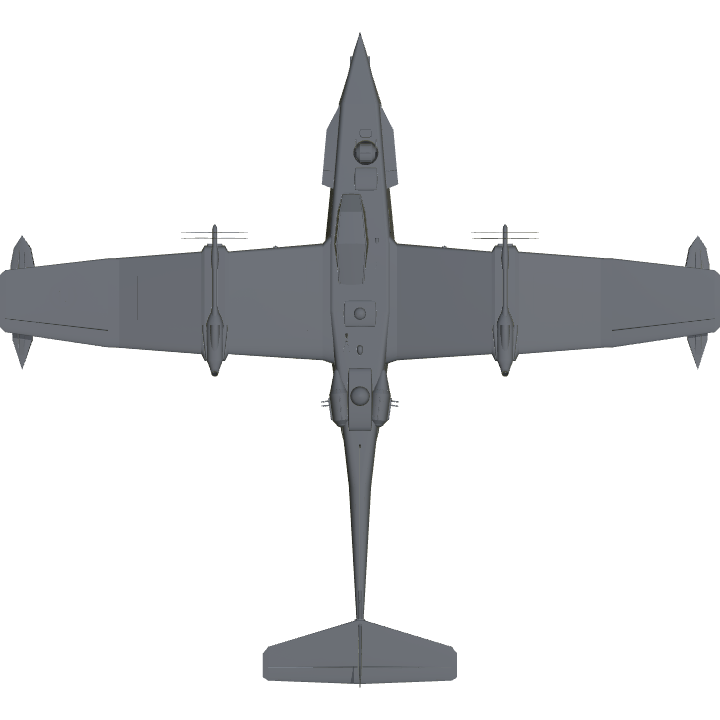 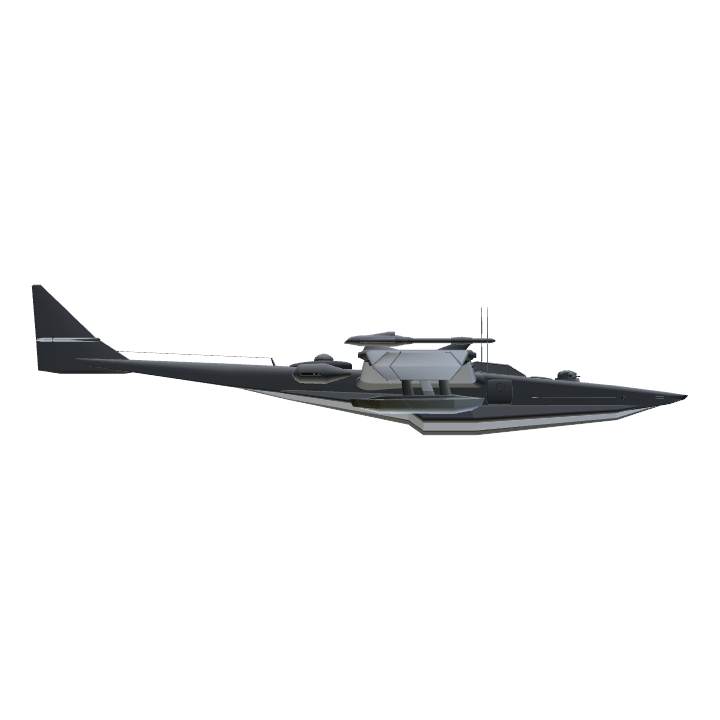 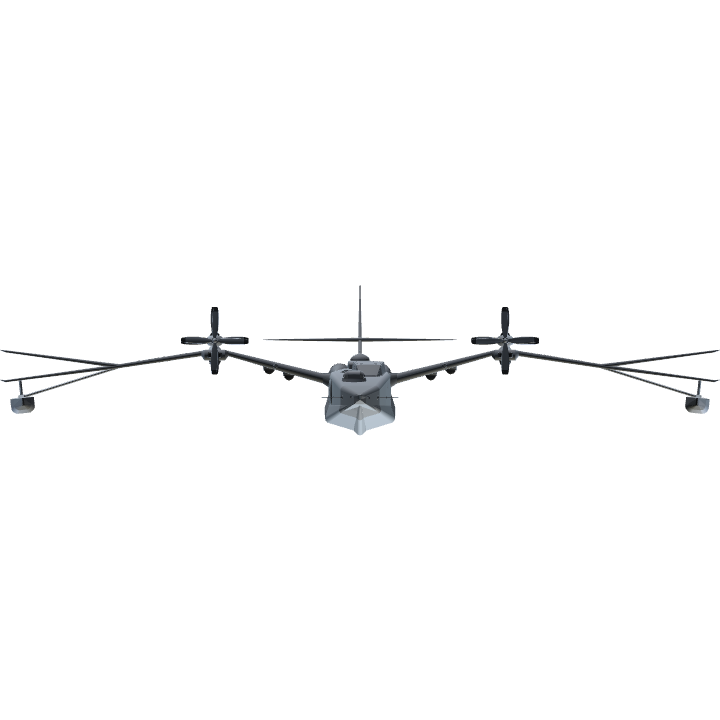