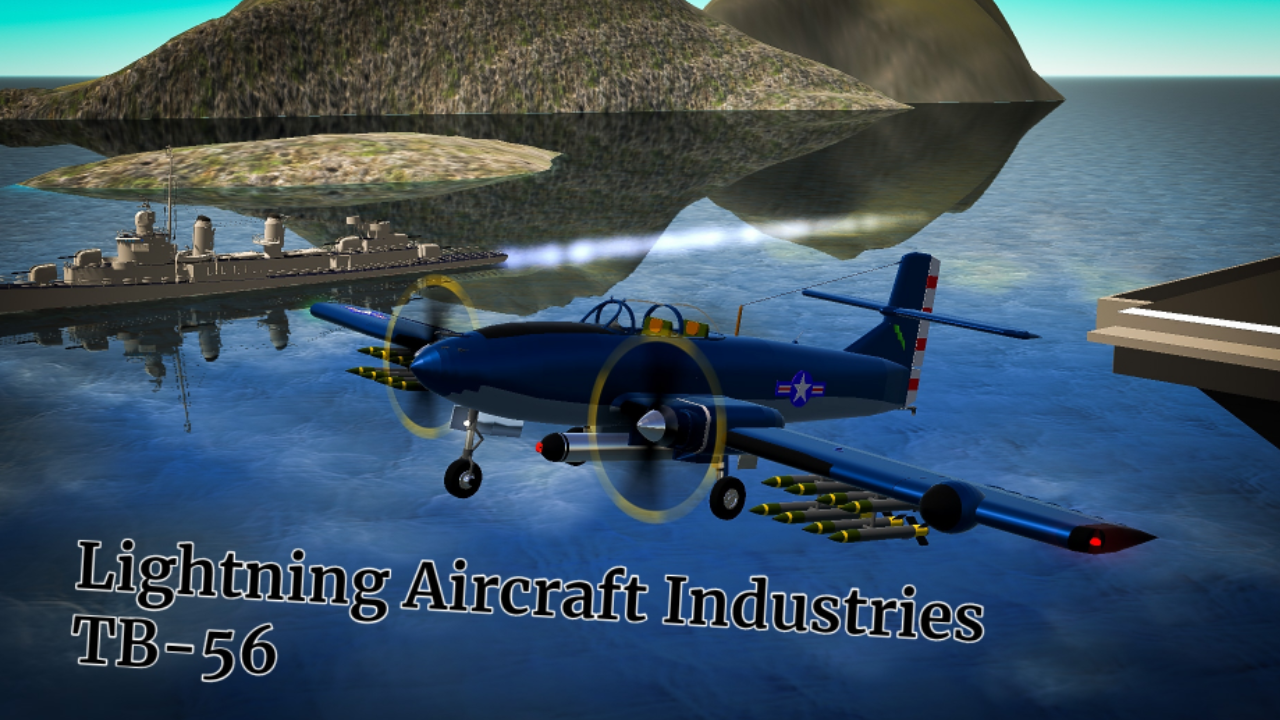 Thank you to @jamesPLANESii for letting me use the instruments on the main Instrument panel.

The Lightning Aircraft Industries TB-56 had its origins in December of 1943. The war in the Pacific Theatre was raging on and the Americans could do with some new aircraft. One of these said aircraft was the LAI TB-56, a Fighter-Bomber aircraft.
As mentioned before the TB-56 was created by Lightning Aircraft Industries in December of 1943 as a Fighter Bomber for the War effort. It was mainly produced for the European theatre but was also sent over to the Americans in the Pacific theatre.

When LAI sent over the type to the Pacific theatre, they considered the fact that this aircraft might be used on Aircraft carriers quite a lot, so instead of sending over generic TB-56's, LAI created the TB-56N to be sent over. The 'N' variant was tweaked from the original design to be operated off of aircraft carriers. This version was given a Tail-hook, stronger landing-gear, larger flaps and folding wings.
Right from the start, as the aircraft had a nose gear instead of the tail wheel, it provided better visibility for the Pilot when on the ground or the deck of a Carrier.

The aircraft had two seats, one for the pilot, but also a seat for the Radar navigator. This was because the TB-56 was planned to be used at night as well as day, so it was equipped with the AN/APS-4 (ASV Mark IX for the British) Radar on the left-wing.

In terms of armament, the TB-56N was no slacker. Its primary weapons consisted of 4 x M2 Browning machine guns and twin 30mm cannons, which made it quite scary. The secondary armaments primarily consisted of 1 x LAI Mk-05K heavy Torpedo and 16 x 5.0 inch T64 H.V.A.R rockets.
The secondary armaments, however, could be changed out for all sorts of weapons, like bombs or extra gun pods.

The aircraft did see service after the War had ended, but not much. It was retired in 1950 with 8,000 built, 18 of which survive today.

For Takeoff, set flaps to takeoff (half-way) and turn on the lights. Throttle up to Full power and pull back on the elevator slightly. If you do it right, the aircraft should lift off when you reach 110 Kts TAS.

For Landing, approach the runway (or Carrier with Tail Hook down) at 120 Kts TAS with Landing flaps (Full flap) and touch down and 100 Kts TAS. The image showing the pilot cockpit has an 'Inop label' on the Airspeed indicator which I put there after I uploaded the plane, which is why it isn't there with this version.

This is my first time using Funky Trees on the Landing Gear.

The Airspeed indicator is Inoperable as I couldn't get the right input to make it function properly (have a go at fixing it if you want).

For some reason, this aircraft doesn't want to turn properly when on the Deck of a Carrier. You can only turn at high speed and when you stop, the aircraft will turn itself back in the direction the Carrier is facing.
(Yes, I know the acceleration probably isn't correct.) 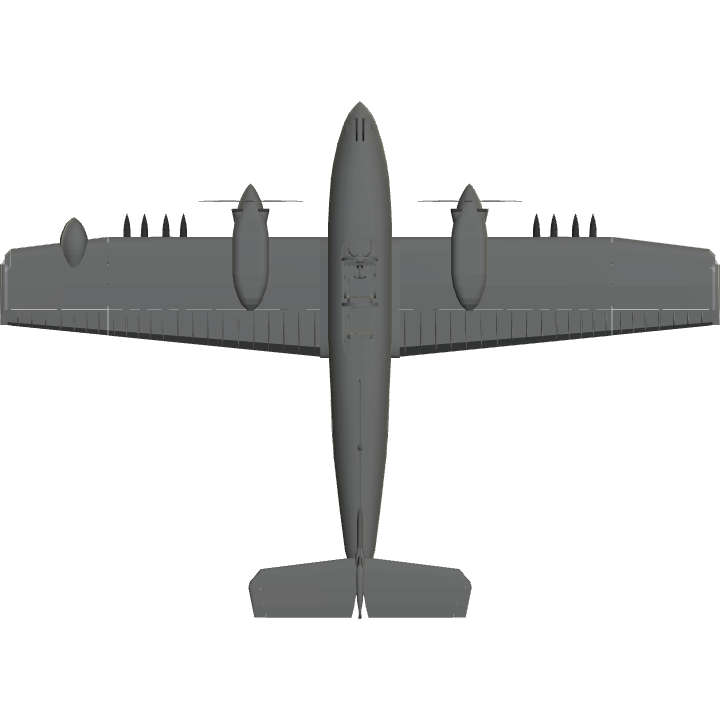 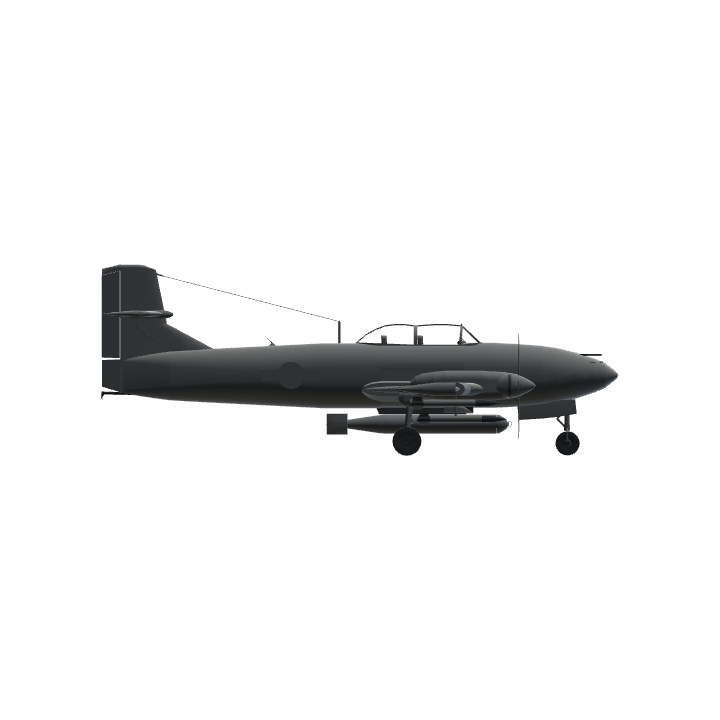 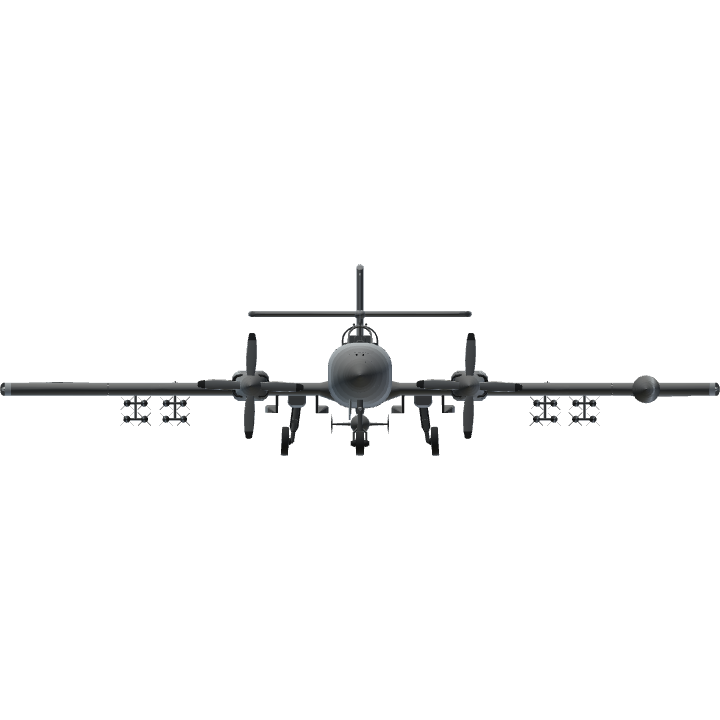