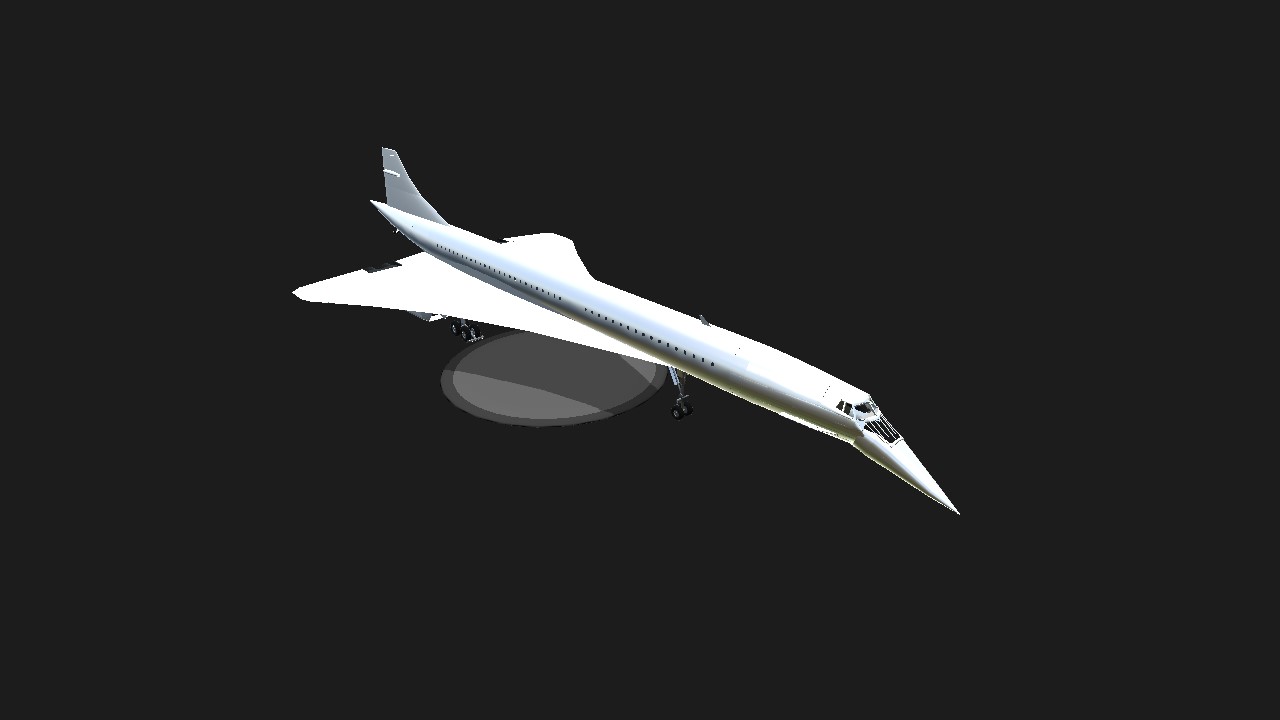 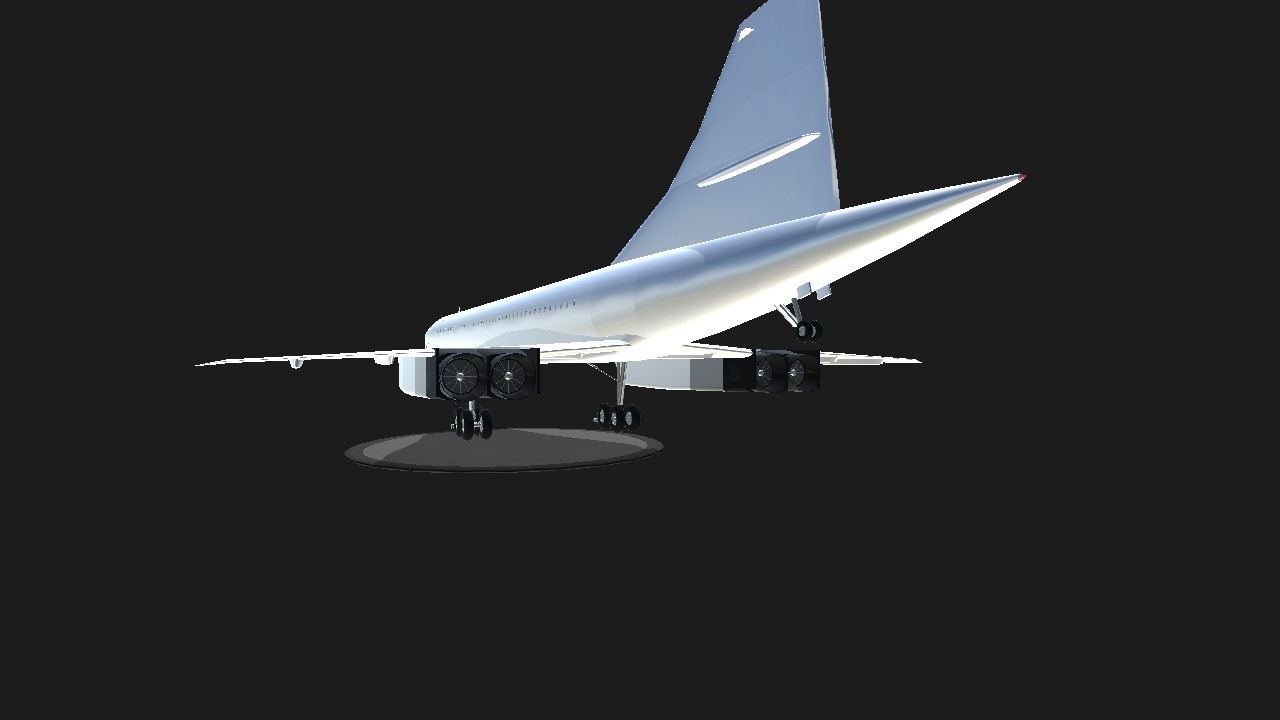 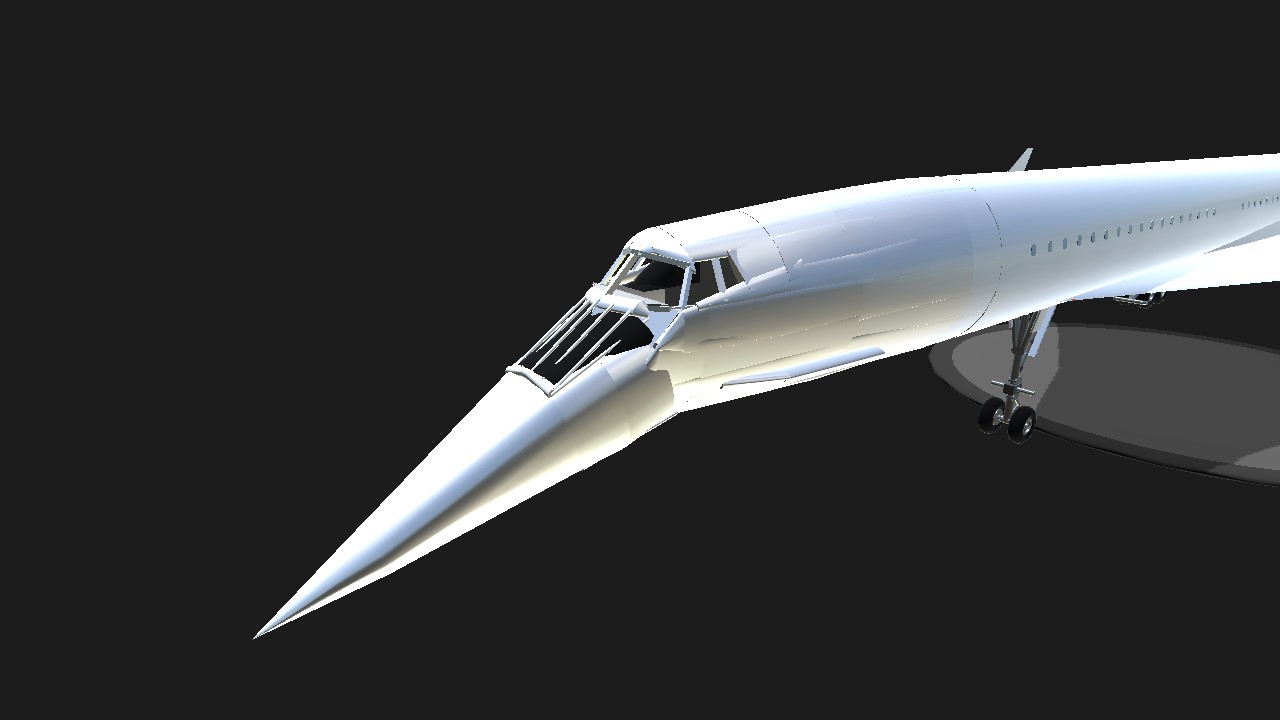 (UPDATE: PROJECT CANCELLED, QingyuZhou IS MAKING HIS OWN!)

Ok, so it's my plane mated to @QingyuZhou 's Concorde cockpit that I said I would upload. Same controls as my previous Concorde except AG1+2 VTOL (nose) Controls have been replaced with only AG1 for the nose raise/lower mechanism. I will start installing an actual virtual cockpit if I get enough support. Livery may be the new British Airways livery if I'm motivated enough. Thank you!

NOTES:
- On take-off, thorottle up slowly to prevent the plane from tipping backwards.
- Take-off speed is about 250 MPH
- Landing speed is about 200 MPH
- Flight characteristics are very realistic. If you climb up to around 50,000-60,000 feet this aircraft would perform exactly like the real plane. It also is difficult to fly at low speed like the real aircraft. 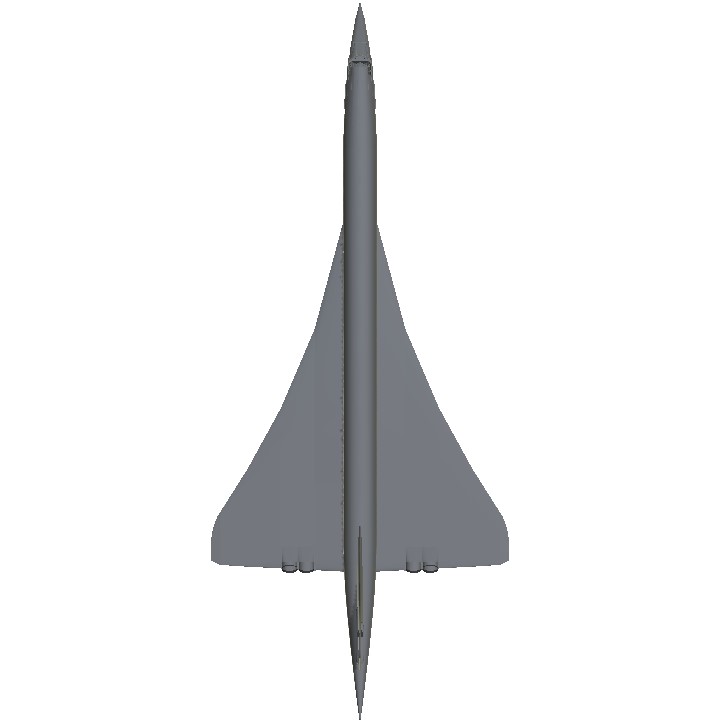 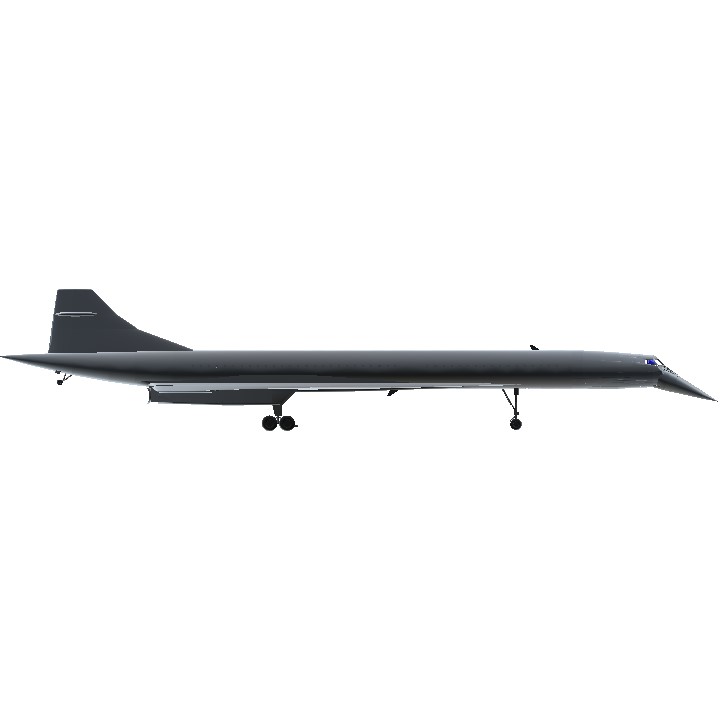 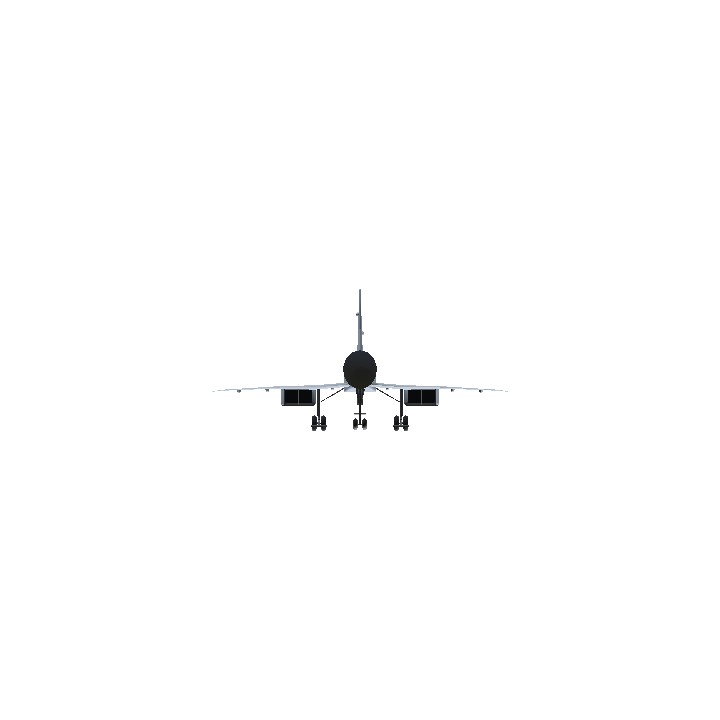