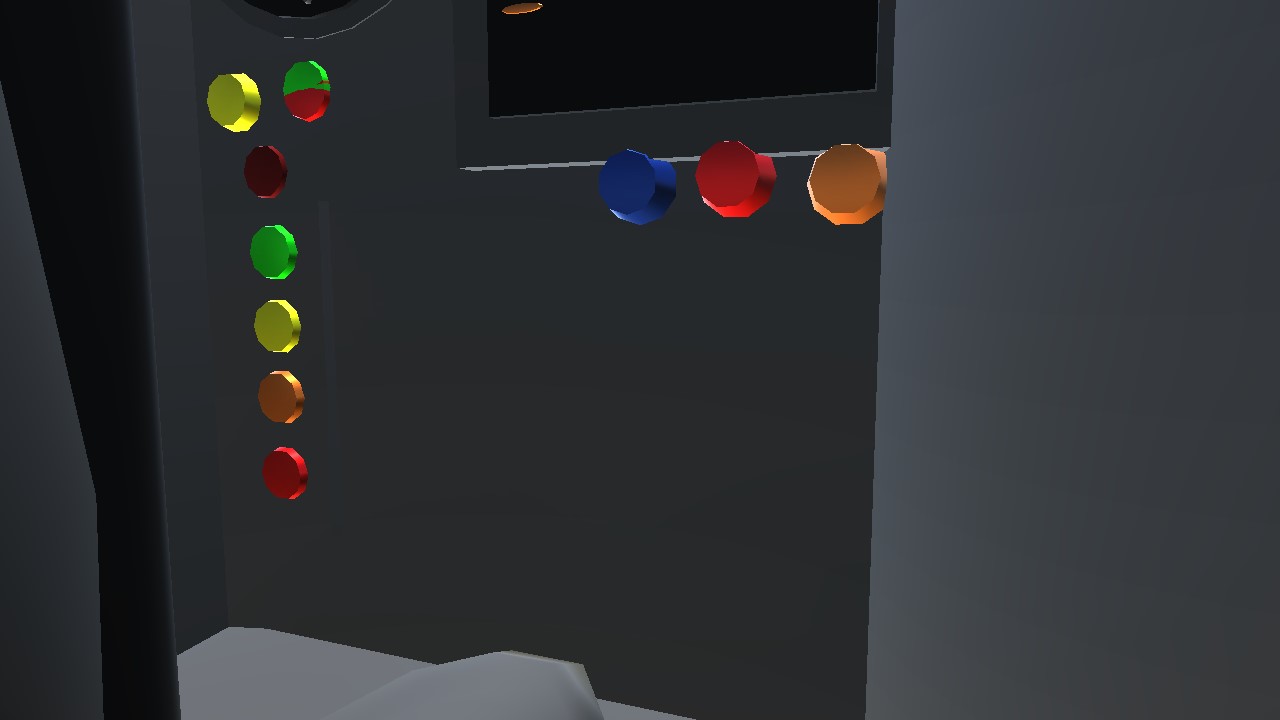 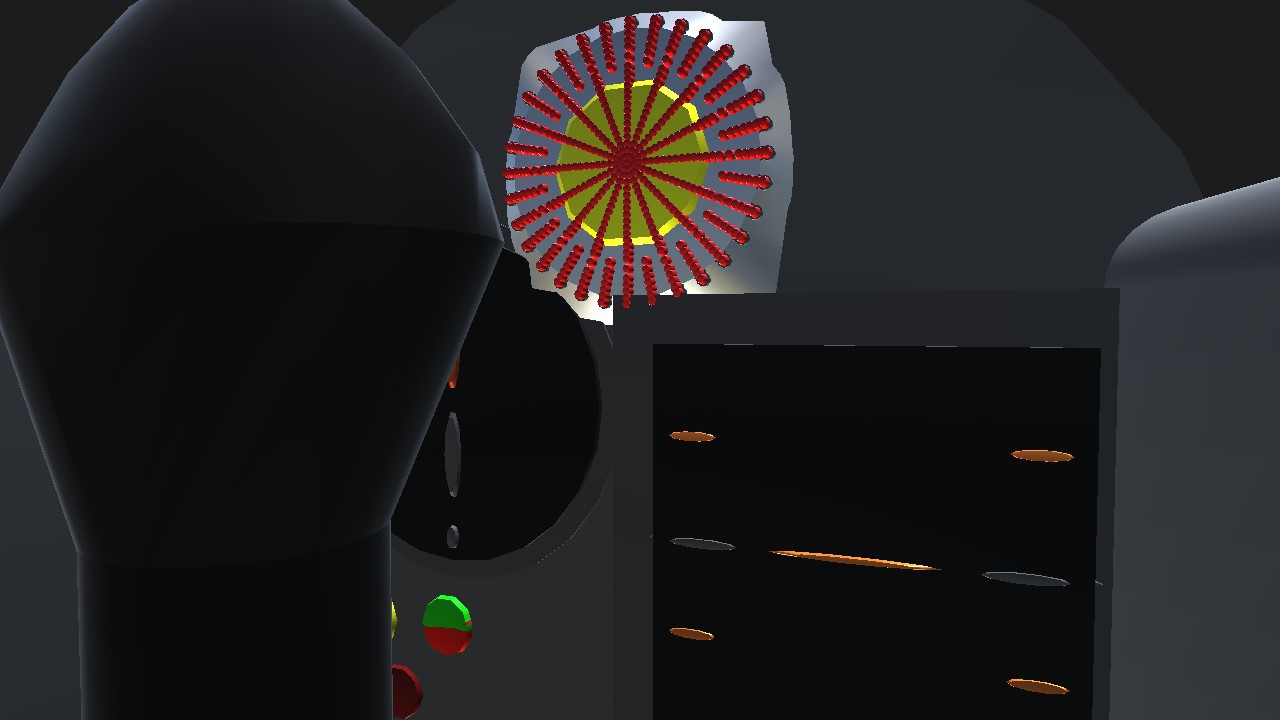 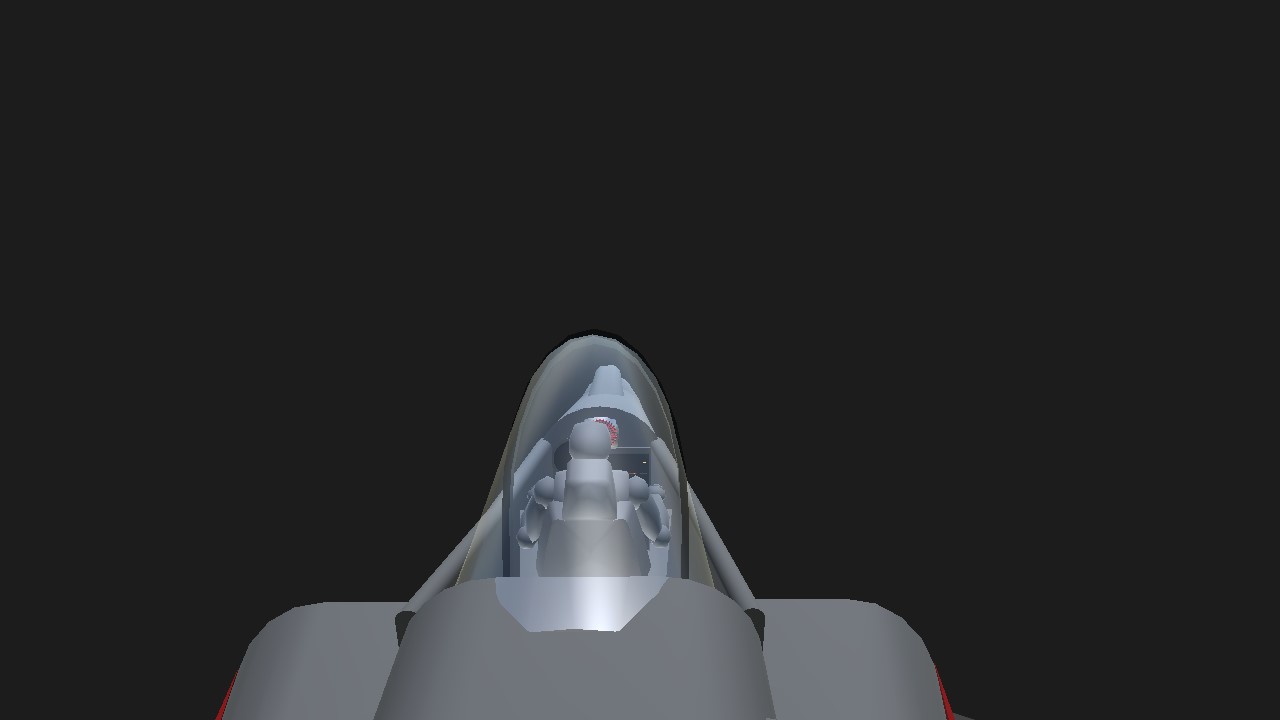 "THINGS JUST GOT A LITTLE BIT TOO MUCH HARRIER"

The Beacon lights that I made Myself, and Input(ed) By myself (The beacons that aren't on Block fuselages)

1-VTOL Middle
2-Throttle up
3-Activate1
4-After Going to some sort of High Altitude,
5-VTOL 1 Line Higher Than middle
6-After picking up Good speed,
7-Really Put VTOL to Highest, To fly
8-Retract Gear

1-In a Final approach, VTOL Highest
2-Reduce Throttle.
3-As you get near the airport, Lower VTOL
4-Reduce Throttle some more
5-Extend Gear
6-Then, When you get really close to the airport, Middle VTOL
7-Throttle 0%
8-Brakes
9-As you slow down, You can TAKE OFF AGAIN!!!!!

(Note: Activate1 If you're Running low on lift, it might help... But the VTOL slider is more likely recommended) 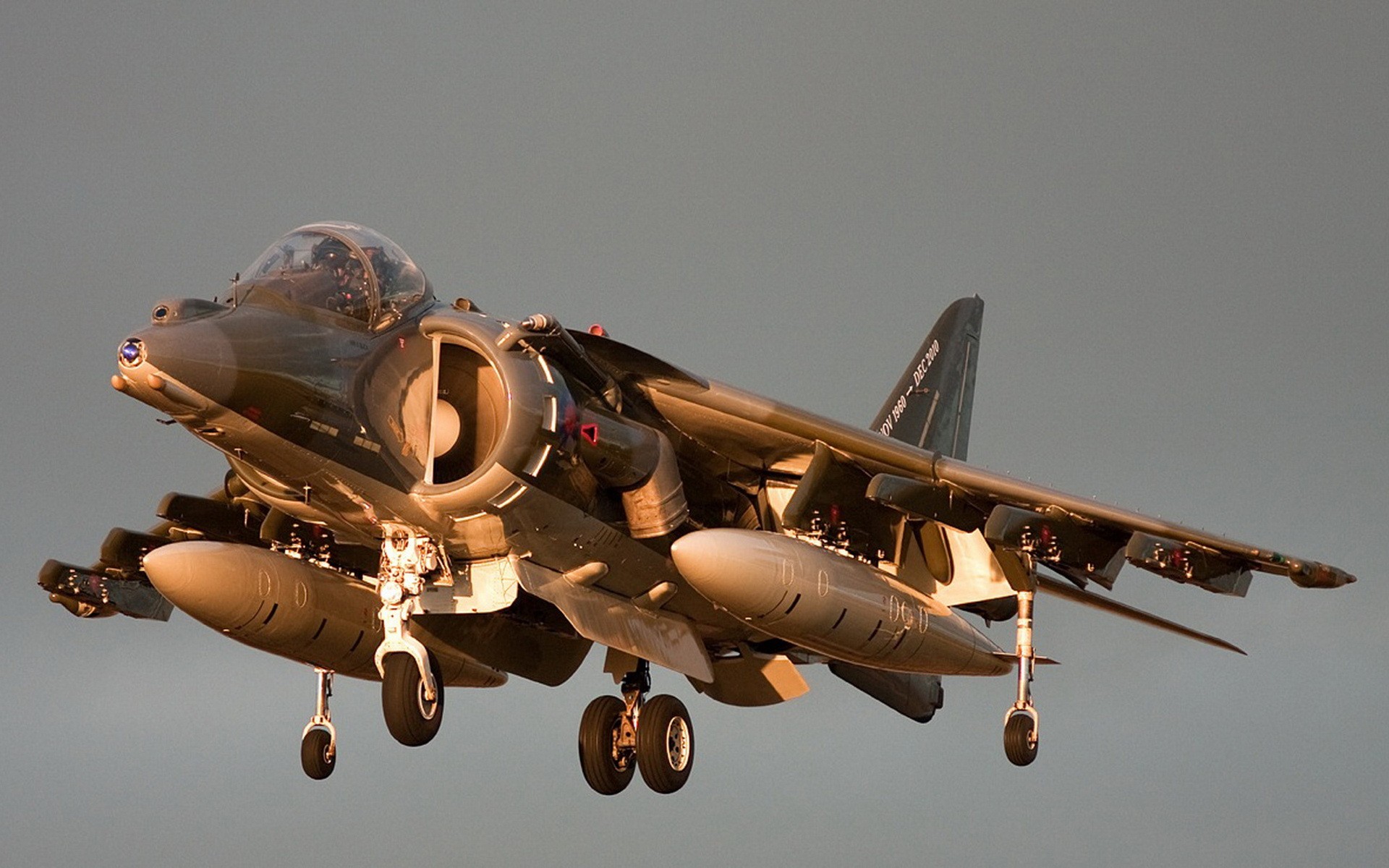 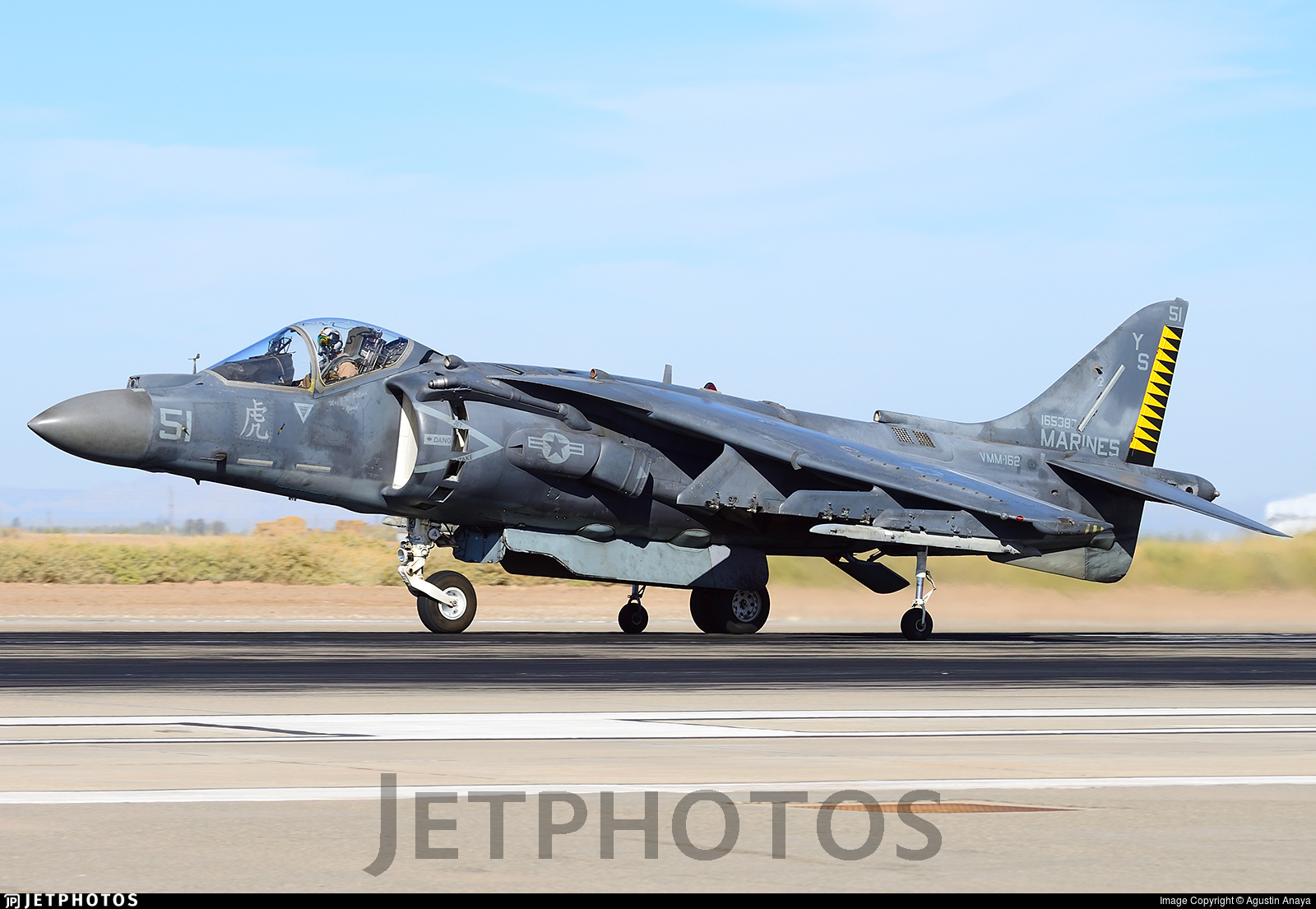 The McDonnell Douglas (now Boeing) AV-8B Harrier II is a single-engine ground-attack aircraft that constitutes the second generation of the Harrier Jump Jet family. Capable of vertical or short takeoff and landing (V/STOL), the aircraft was designed in the late 1970s as an Anglo-American development of the British Hawker Siddeley Harrier, the first operational V/STOL aircraft. The aircraft is primarily employed on light attack or multi-role missions, ranging from close air support of ground troops to armed reconnaissance. The AV-8B is used by the United States Marine Corps (USMC), the Spanish Navy, and the Italian Navy. A variant of the AV-8B, the British Aerospace Harrier II, was developed for the British military, while another, the TAV-8B, is a dedicated two-seat trainer.

The project that eventually led to the AV-8B's creation started in the early 1970s as a cooperative effort between the United States and United Kingdom, aimed at addressing the operational inadequacies of the first-generation Harrier. Early efforts centered on a larger, more powerful Pegasus engine to dramatically improve the capabilities of the Harrier. Due to budgetary constraints, the UK abandoned the project in 1975. Following the UK's withdrawal, McDonnell Douglas extensively redesigned the earlier AV-8A Harrier to create the AV-8B. While retaining the general layout of its predecessor, the aircraft incorporates a new, larger composite wing with an additional hardpoint on each side, an elevated cockpit, a redesigned fuselage and other structural and aerodynamic refinements. The aircraft is powered by an upgraded version of the Pegasus. The AV-8B made its maiden flight in November 1981 and entered service with the USMC in January 1985. Later upgrades added a night-attack capability and radar, resulting in the AV-8B(NA) and AV-8B Harrier II Plus versions, respectively. An enlarged version named Harrier III was also studied, but not pursued. The UK, through British Aerospace, re-joined the improved Harrier project as a partner in 1981, giving it a significant work-share in the project. Following corporate mergers in the 1990s, Boeing and BAE Systems have jointly supported the program. Approximately 340 aircraft were produced in a 22-year production program that ended in 2003.

Typically operated from small aircraft carriers, large amphibious assault ships and simple forward operating bases, AV-8Bs have participated in numerous military and humanitarian operations, proving themselves versatile assets. U.S. Army General Norman Schwarzkopf named the USMC Harrier II as one of several important weapons in the Gulf War. It has also served in Operation Enduring Freedom in Afghanistan since 2001, the Iraq War since 2003, and was used in Operation Odyssey Dawn in Libya in 2011. Italian and Spanish Harrier IIs have taken part in overseas conflicts in conjunction with NATO coalitions. During its service history, the AV-8B has had a high accident rate, related to the percentage of time spent in critical take-off and landing phases. USMC and Italian Navy AV-8Bs are to be replaced by the Lockheed Martin F-35B, with the former expected to operate its Harriers until 2025.

Thanks For HawaiiRanger For His Sharing Of His Radar to all Of Us!!

And For Creat for sharing his Flight instruments With Us!! 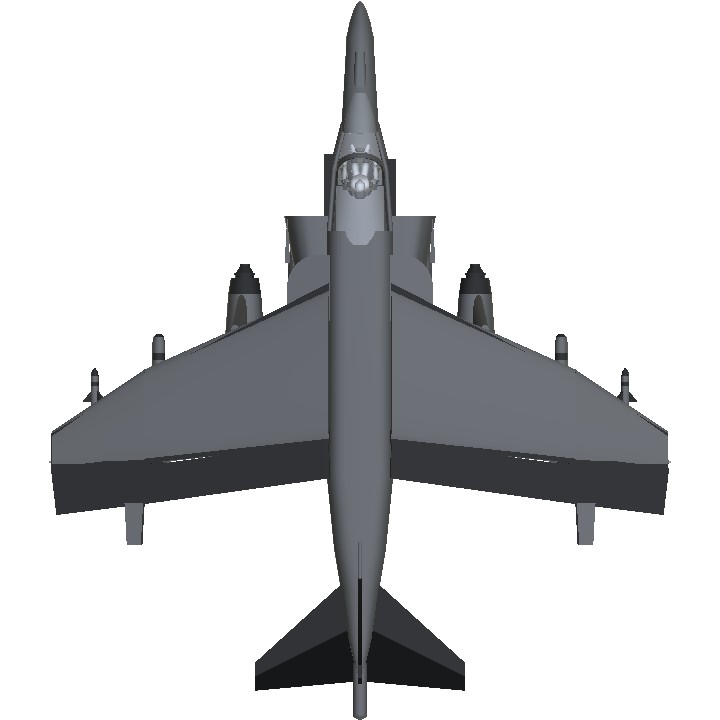 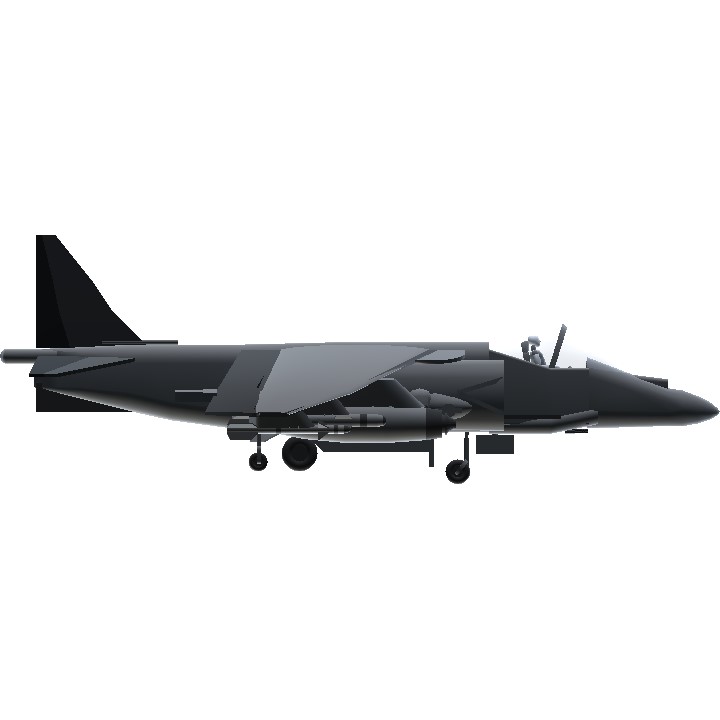 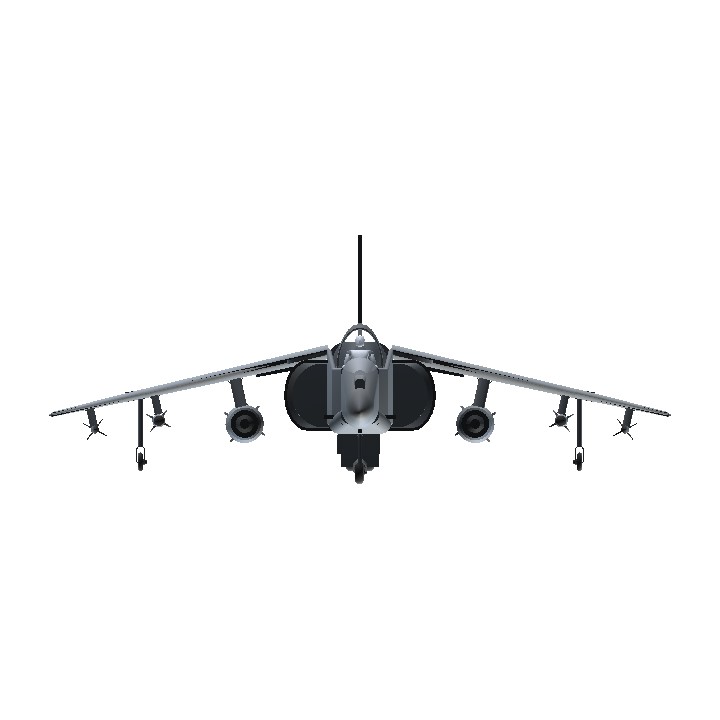