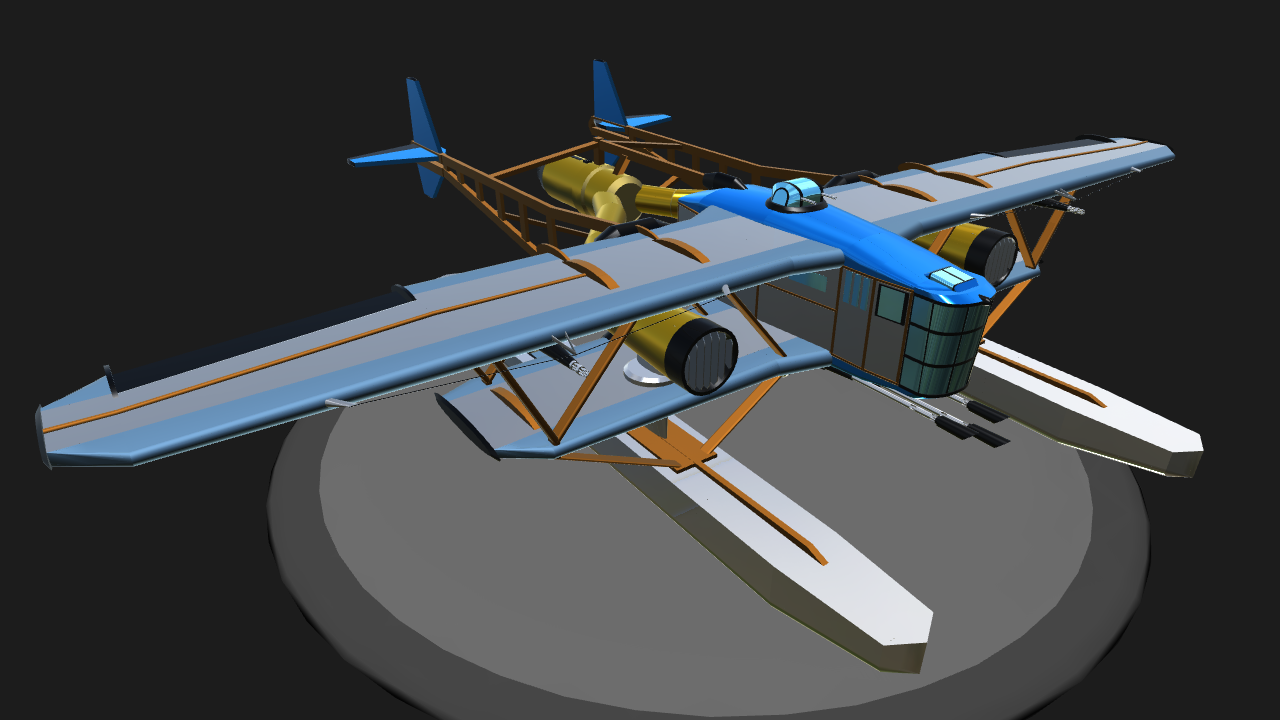 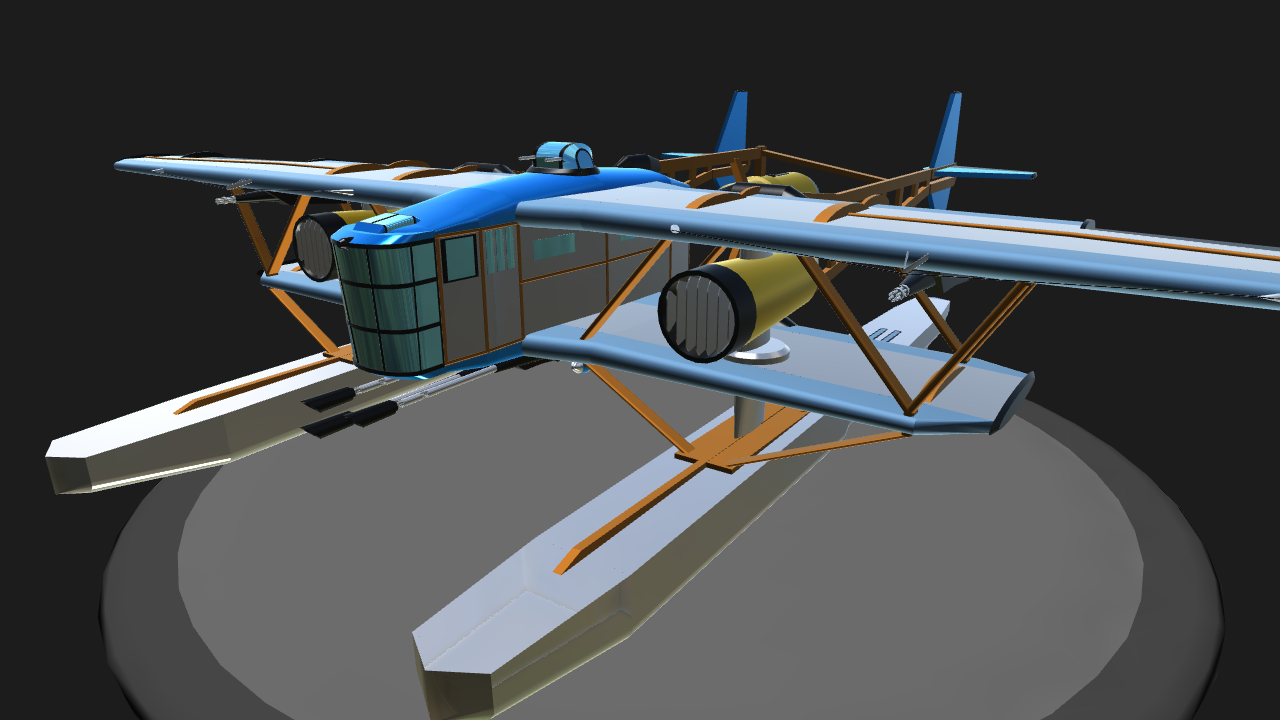 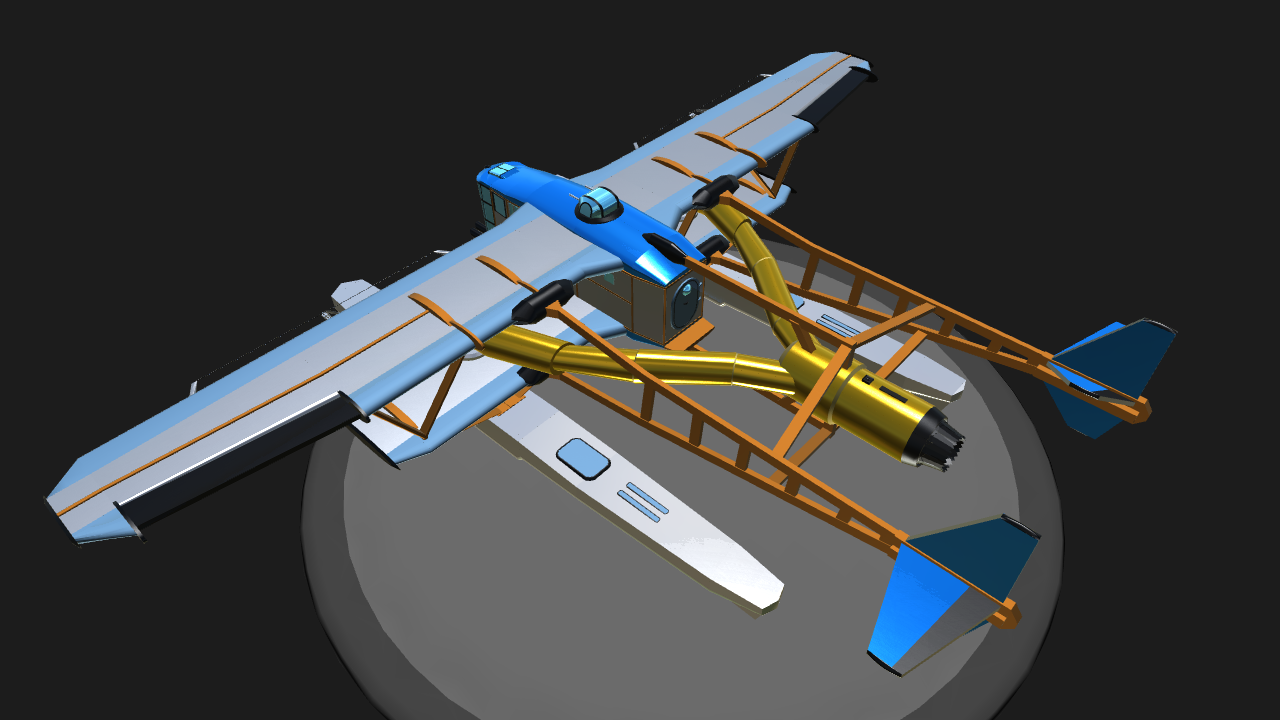 Take-off: 40% throttle, pull up during take-off run, unstick is at 170mph; once airborne, throttle up as required. Landing: 20% throttle for final approach, cut power at 50ft and flare to prevent floats from digging in. AG1: Wing cannon. AG2: Ventral guns. AG3: Dorsal Turret, use VTOL & yaw. In a parallel universe somewhen: His Majesty's Aircraft “Onshore Breeze” is a fast, powerfully armed and agile coastal defense and patrol aircraft. The craft has a roomy cabin for its crew of 4; pilot, co-pilot, navigator/radio operator and turret gunner/observer, and is armed with 2 wing cannon, 3 ventral guns, 2 machine guns in the dorsal turret and 2 torpedos for attacking enemy Naval assets. As always, messages welcome. The fuselage area and some of the strutwork was inspired by the Canadian Vickers Velos sesquiplane, only one of which was ever built. The rest of the plane....pure Treadmill madness! 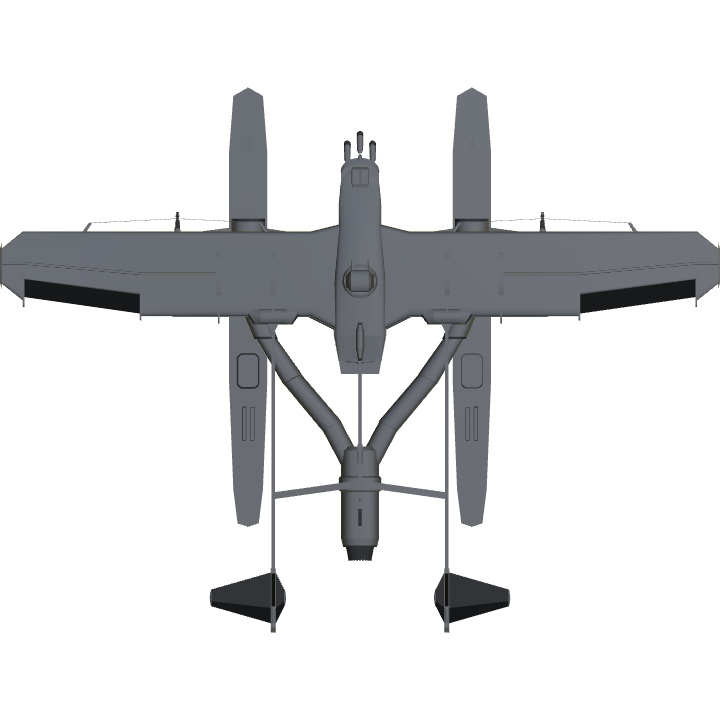 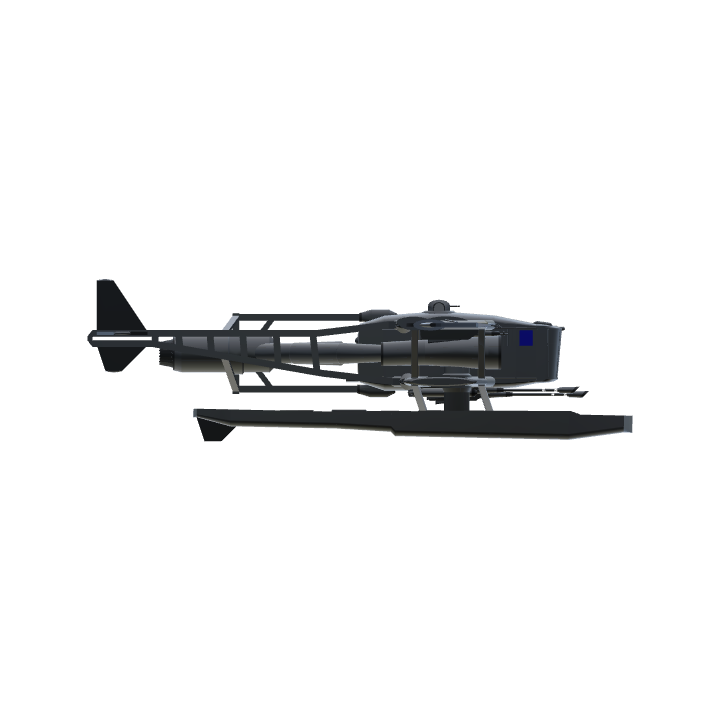 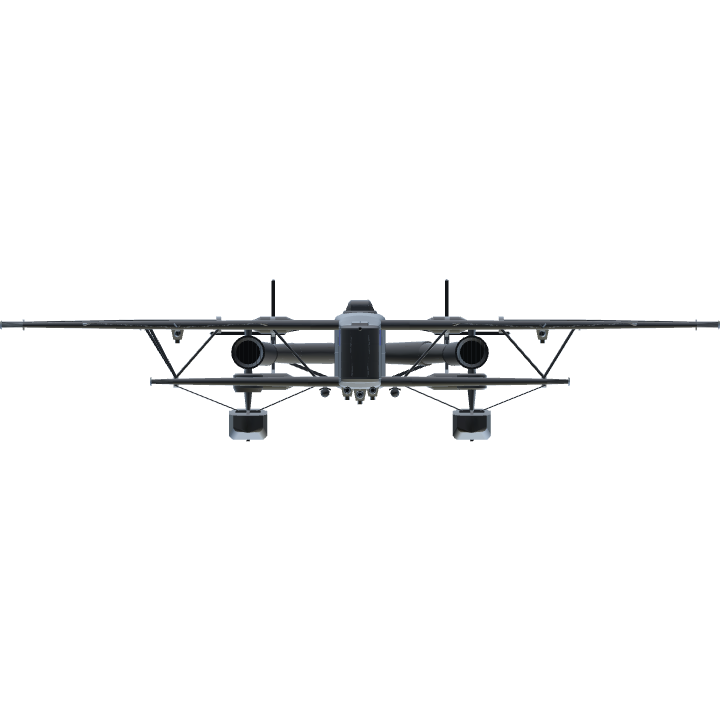