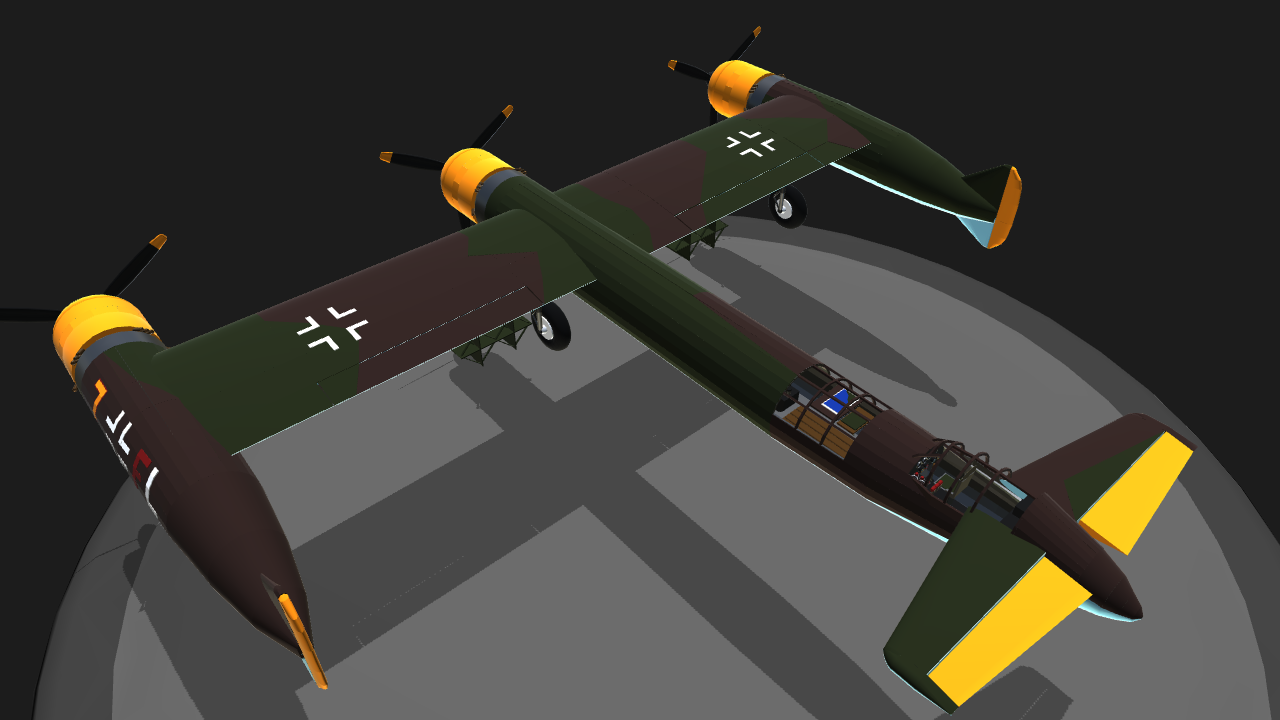 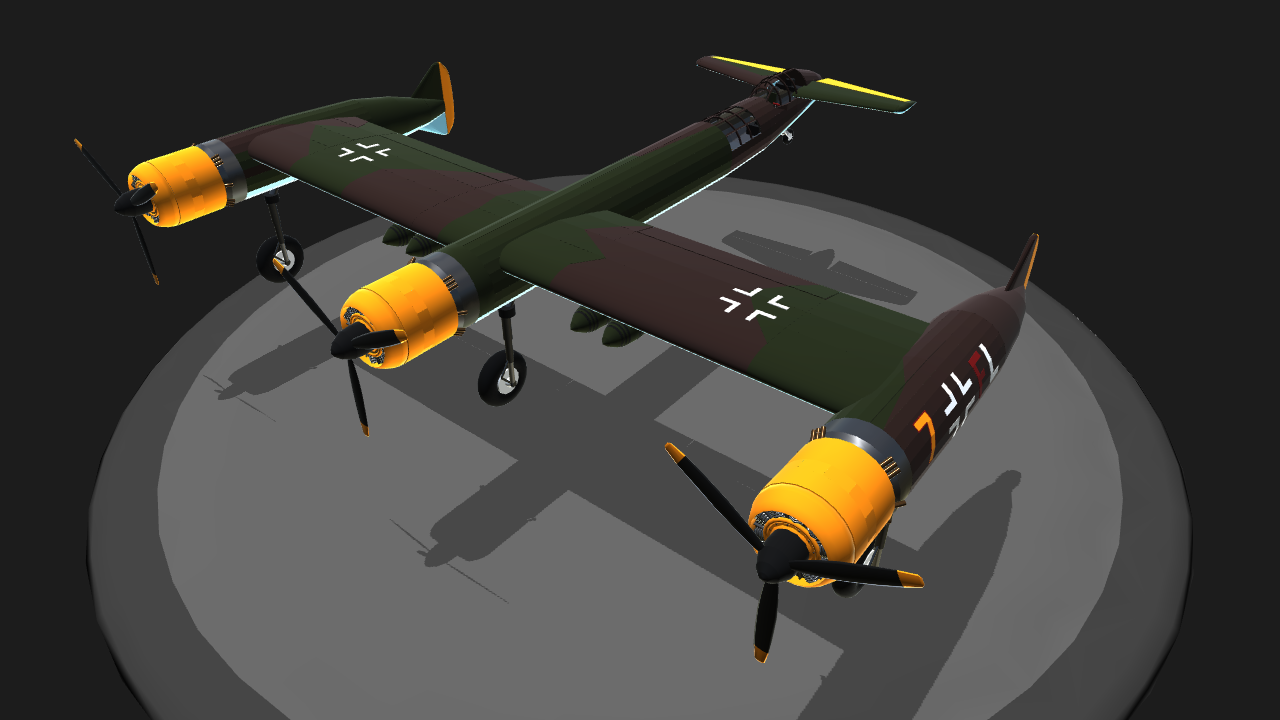 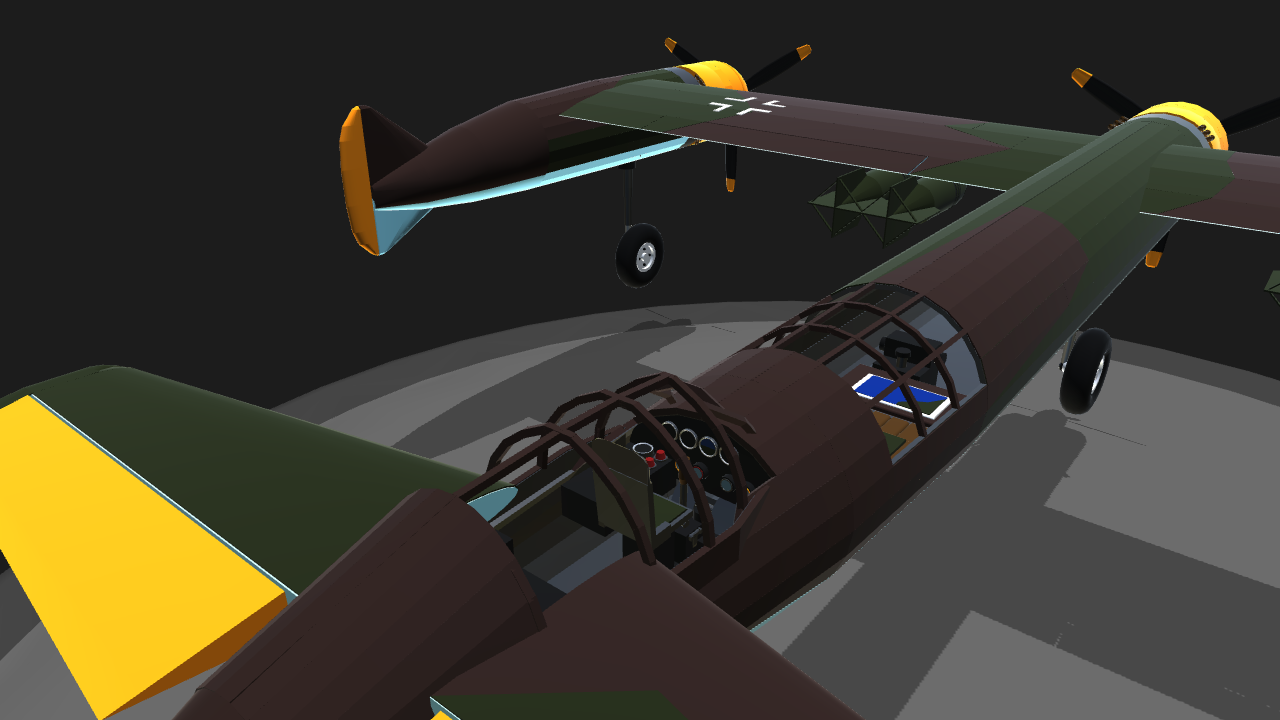 It takes 35seconds to load on my rig, i timed it, so this is it, my 50k build, I have spend a LOT of time on this one, Ag1 if you want to drop all 4 bombs at once, otherwise just drop as normal, landing gear retracts wheels and doors, simples. Full cockpit for the nav/bomb aimer plus the pilot, full hollow fuselage for the wheel retracts etc, 14 exhausts for each BMW engine, custom bombs, full camo, curved sign writting, oh and its fast.

Wiki bit:Designed by Richard Vogt in 1942, the P 170 was intended to meet a requirement for a schnellbomber, a bomber so fast that it could outrun contemporary fighters and would not need defensive armament. Accommodating a crew of two, it would be driven by three high-powered BMW 801D radial engines.[1]

The layout was unusual, with the three engines aligned side by side just in front of the shoulder-mounted straight, untapered wing. The central engine left no room for the crew, who were moved aft in the cylindrical fuselage to a tandem cockpit just in front of the tailplane. The outer engines were mounted on large wingtip pods of the same cylindrical section, each with a small tail fin and rudder. This location spread the aircraft weight across the span, considerably reducing the stress loads and weight of the wing structure. Steel was to be used extensively throughout its construction, with wooden control surfaces.[2]

The main undercarriage comprised three identical retractable units just behind each engine and retracting up underneath the main fuel tanks. A single relatively large tailwheel retracted up behind the cockpit.[2]

Two variants were offered but neither was built. 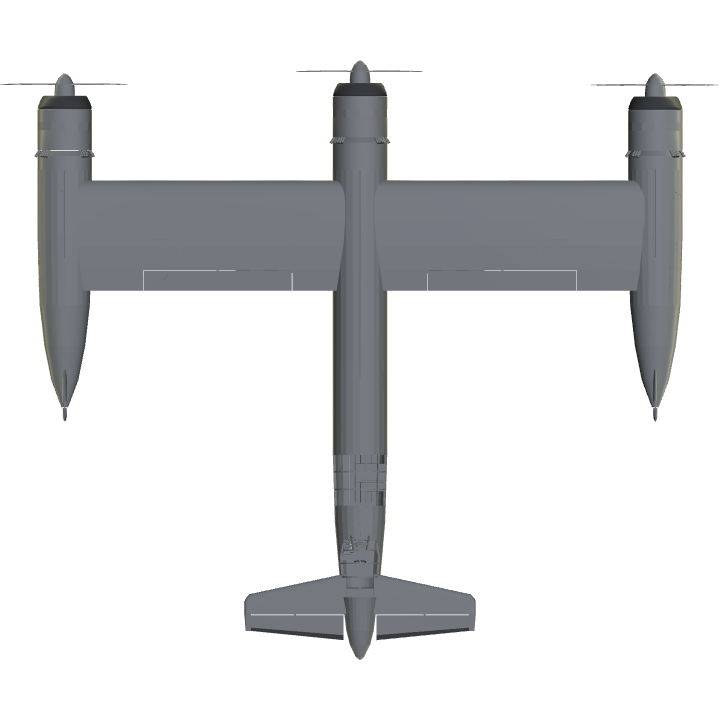 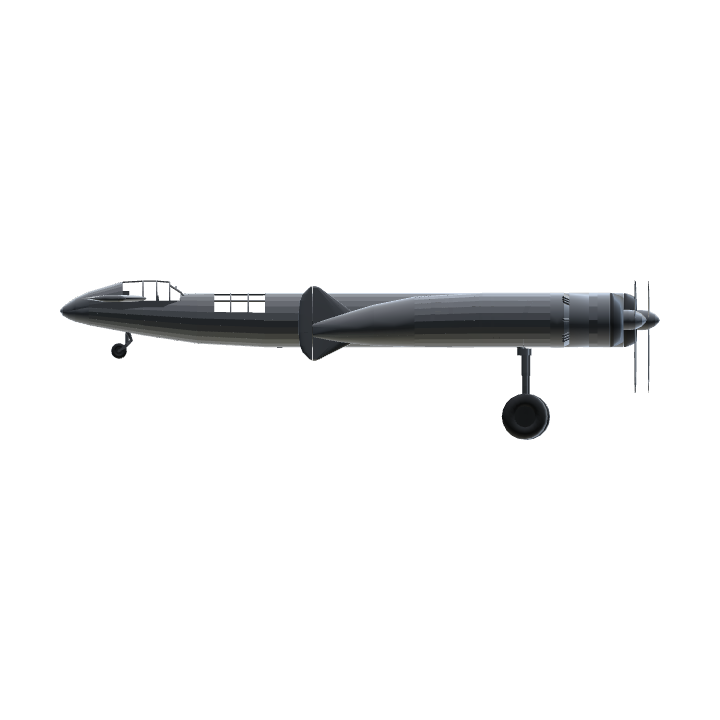 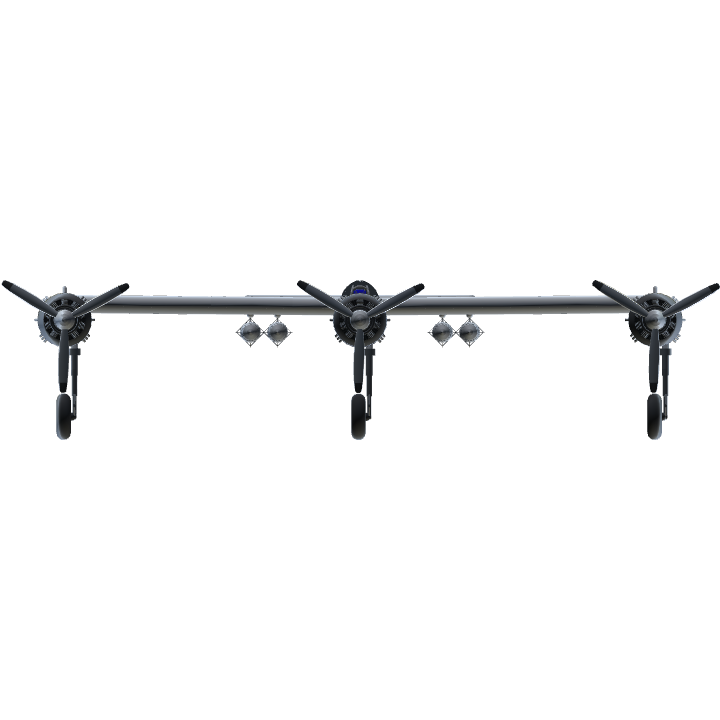