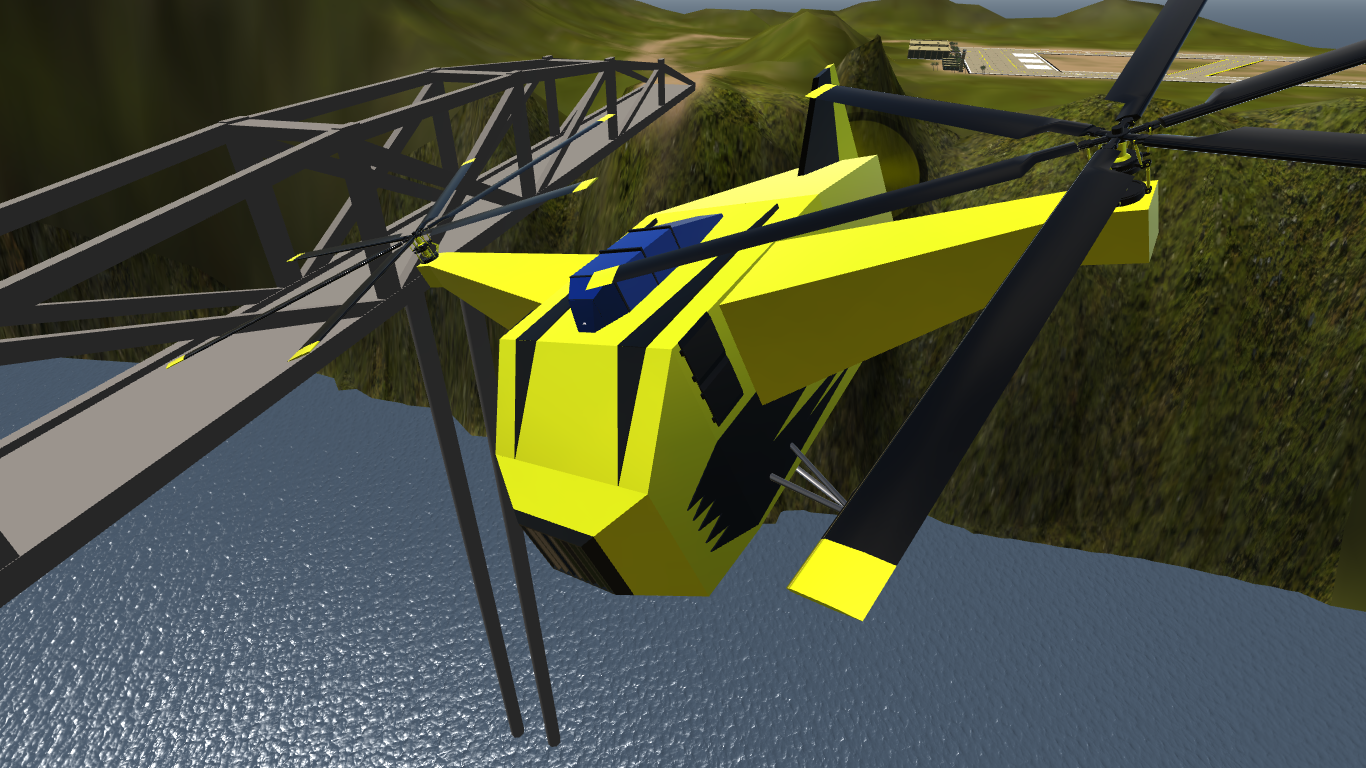 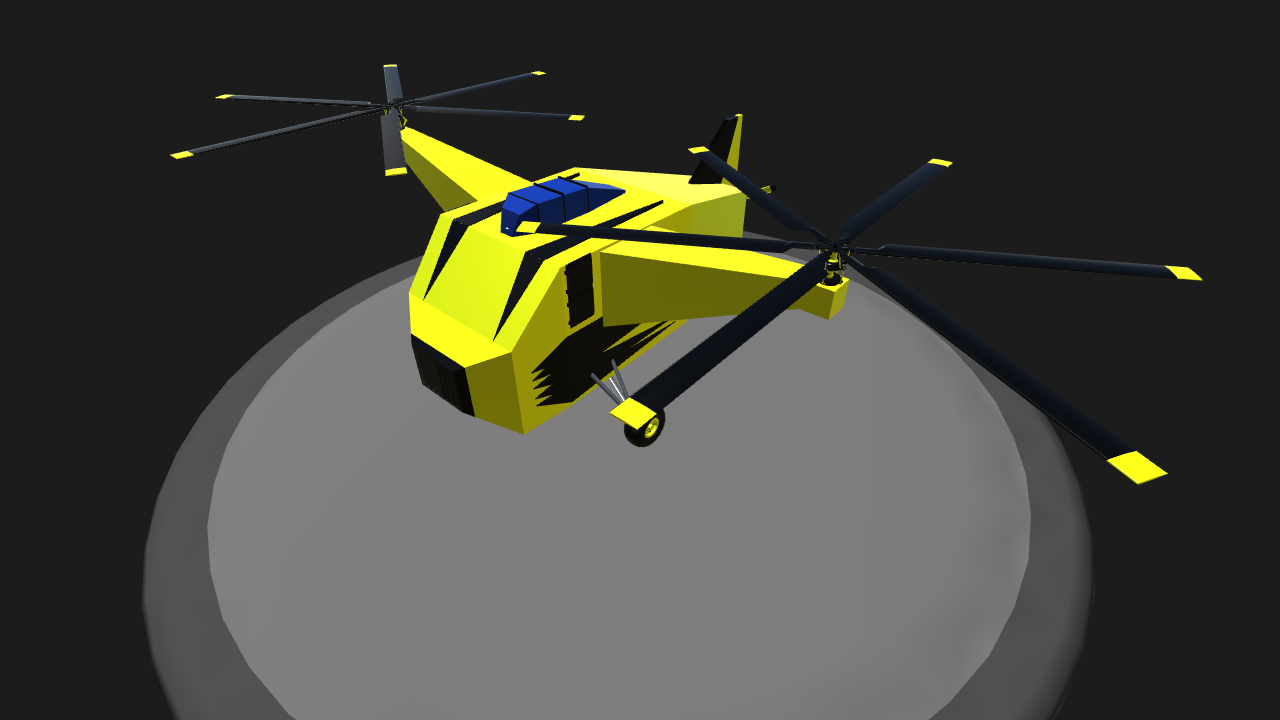 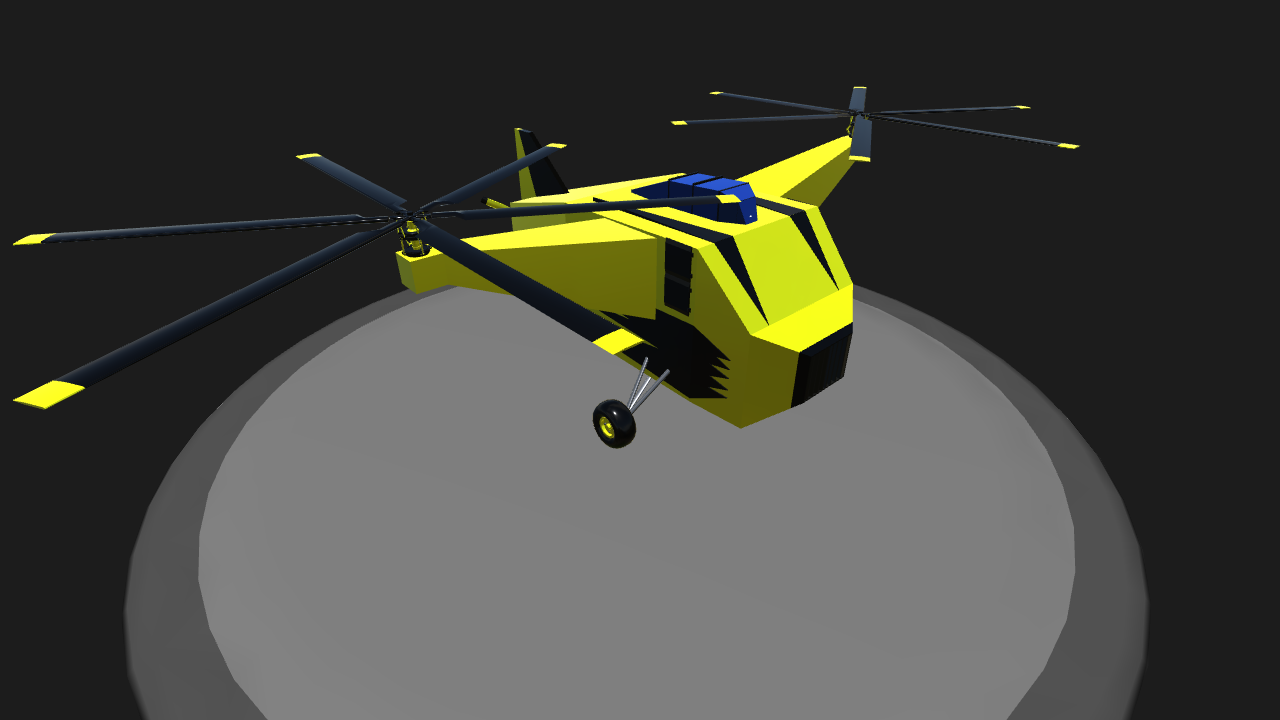 In 1976 a finnish goverment made a request for a cargo helicopter that meets these requests:
-Flies at speed up to 100 mph
-Can carry more than 1 ton of load in bay
-Piloted by one person
-As cheap as easy to make
Three planes were submited Kusso K-45(made by Kusso),Hanssi H0,and Hykka H-89.All of those planes meet those request but one master at all of them,and it is Kusso K-45,with it lifting 1.7 tons,while Hannsi could lift 1.4 tons and Hykka H-89 1.5 tons.
But Hykka mastered at one thing,price as low as 20M$.
That opened a face to a civil market,as it was cheap,easy to maintain,not fuel hungry and reliable.
It was mostly used in large field agriculture,to transport fuel from place to place,for refueling tractors which worked at large fields.
It used one of finnish engines made by truck manufacturer Ketta,famous for strong and reliable engines,and this particular variant Ketta Kalvis K-2000,with 3000hp,at minimal weight,spreading its power between two rotors with a shaft also made by Ketta.With all of its parts made in Finland it was very popular,some also made for commercial use.
It had a large fuel tank making it able to stay in the air more than 8 hours.
In late 90s 80% of H-89 were still in running shape,but their price fell even more,due to newer and cheaper manufacturing processes.
The biggest flaw it had,was it's width.
It was produced until late 90s,and most of them are still running,with updated engine Ketta Fale F-540 which was lighter and more powerfull-3400 hp!
Sadly today most of them are forgotten laying on Finnish scrapyards,waiting to be turned to recycled to modernized version Hykka Fena HF-201. 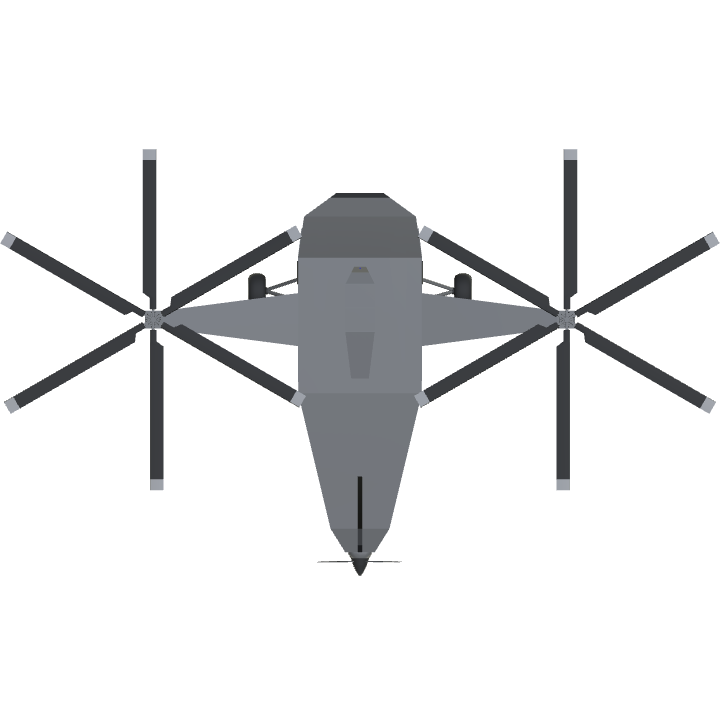 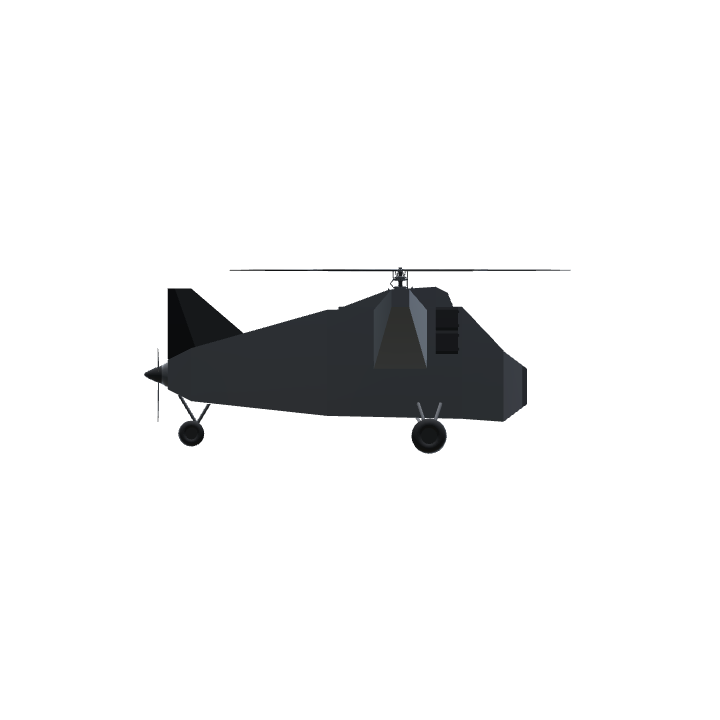 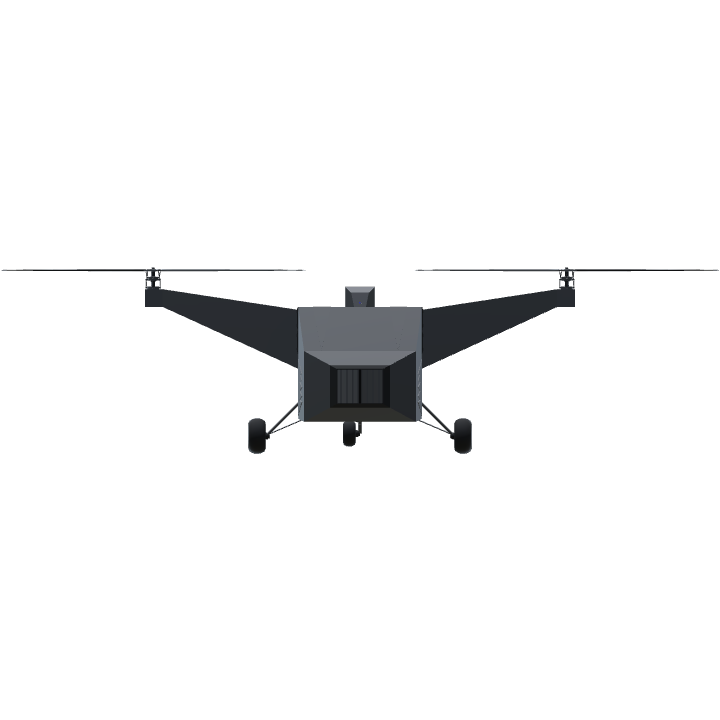