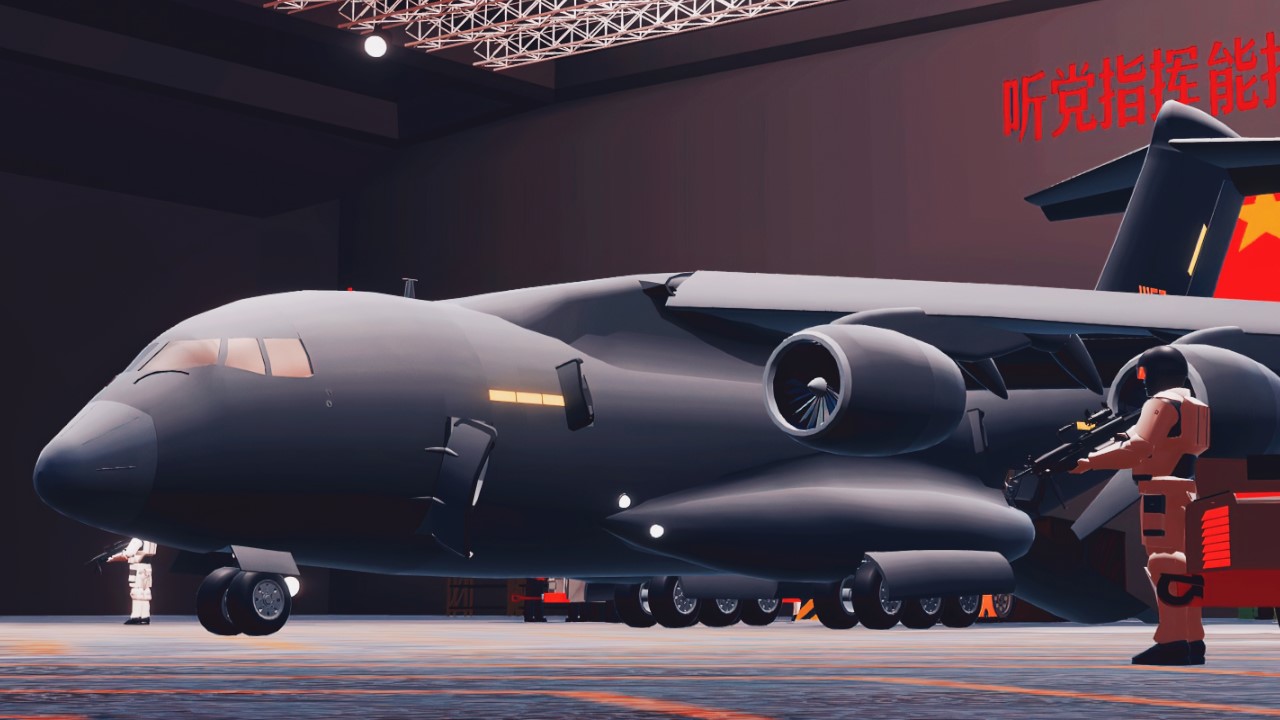 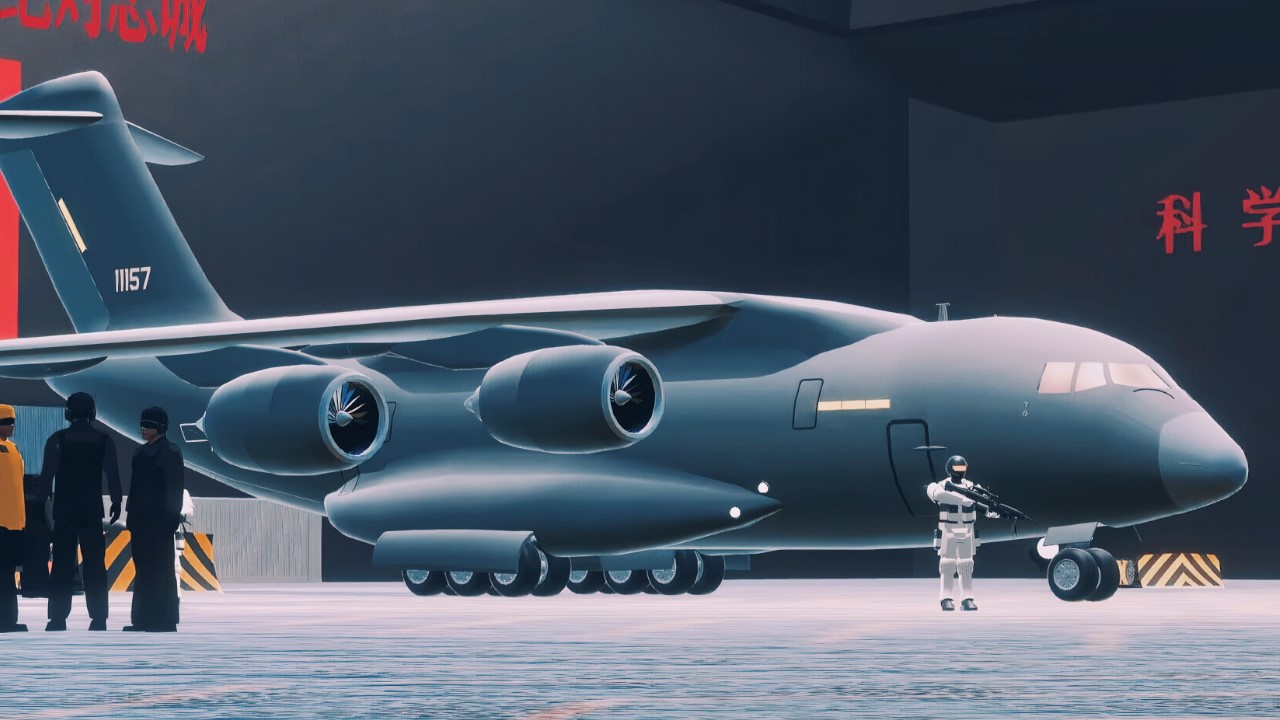 Before starting to play, read the instructions in game.

"It is the new-generation multifunction aircraft made in China. Featuring longer-range, heavy load, and faster speed."

This is the scene of a Chinese soldier confidently introducing the Y-20 at the Air Power airshow in Ausria. It's always nice to see a huge plane under a clear sky with lots of people watching and marveling.

Maybe I have reason to be proud of my country, but I didn't like the Y-20 very much at first, especially when compared to aircraft like C17 and An124. But considering the vacancy on this website, I'm still going to give it a try. As the building went on, I found that the more I looked at the plane, the more I enjoyed it. And the Y-20's recent overseas activities have demonstrated its strength and influence. In terms of the construction, I tried to restore some of the texture to the surface of the fuselage, which makes it look more textured and realistic. The basic cargo hold and cockpit were also laid out. The performance of the landing gear and flaps has been improved, which makes take-off and landing easier.
Especially thanks to DarkBlue for mading such anamazing cover. 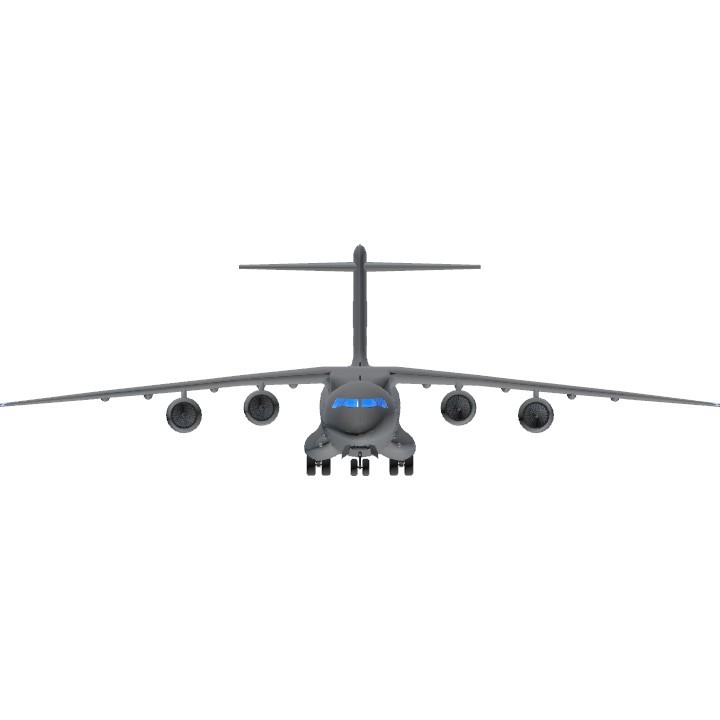