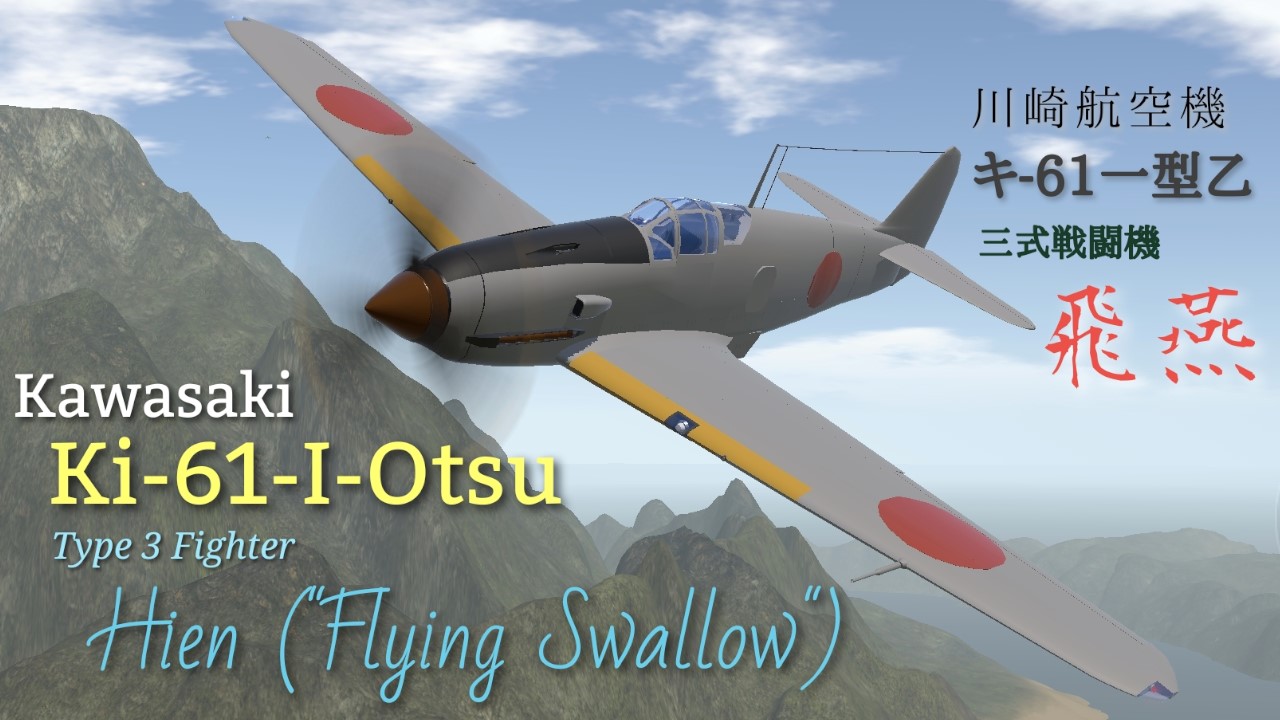 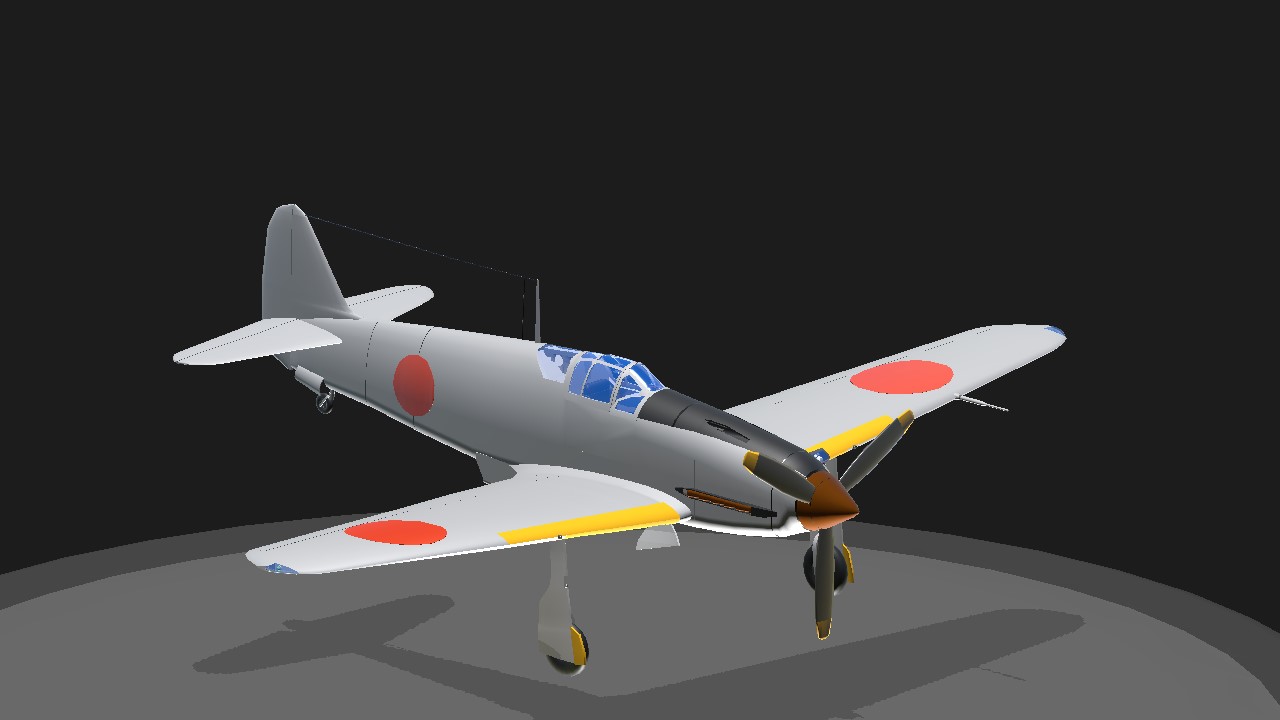 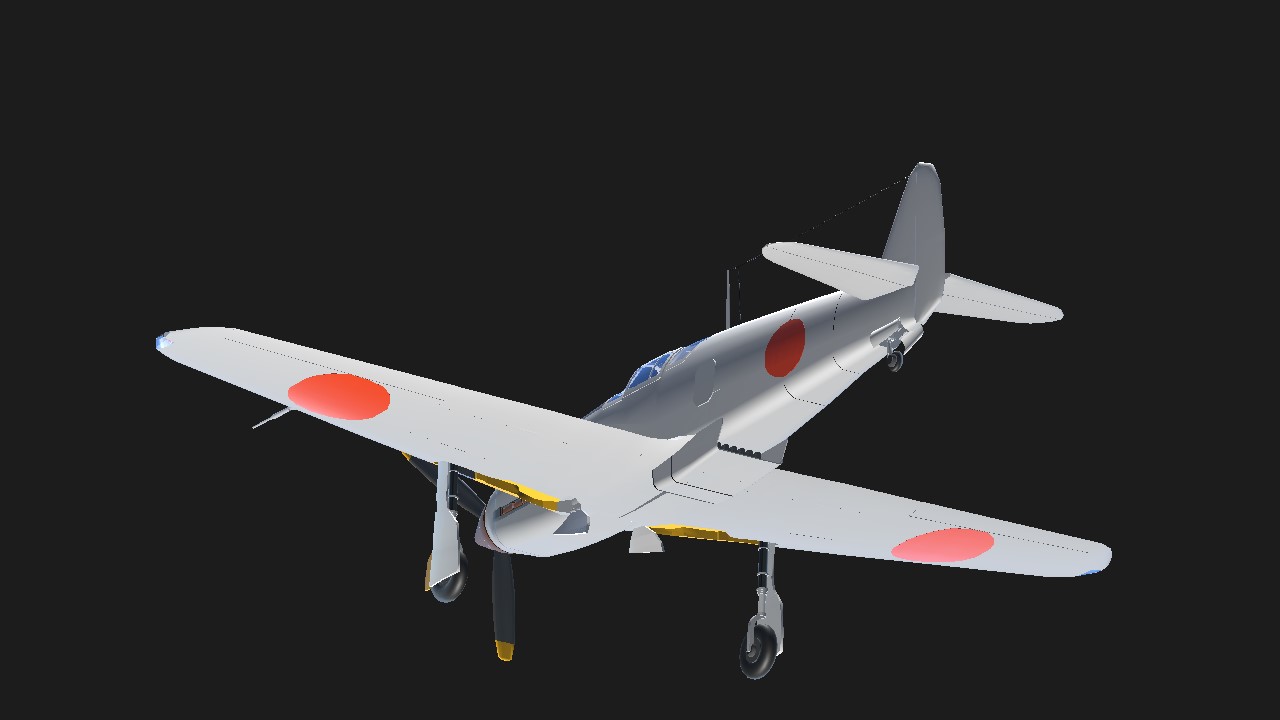 Wikipedia
The Ki-61 Type 3 Fighter "Hien" is a single-seat fighter of the Japanese Army. Designed by Takeo Doi and developed by Kawasaki Aircraft, it first flew in 1941.
Its nickname "Hien" means "flying swallow. Its code name for the Allies was "Tony.
It is a fighter equipped with a water-cooled engine, which is rare for a Japanese military aircraft.
Although its performance was good, it was continually plagued by engine malfunctions. The Ki-61 was powered by the Ha-40, a domestically produced version of the German DB601. However, the Ha-40 had a very low operating rate due to Japan's low industrial capacity and low-quality materials, which led to a low opinion of the Ki-61 itself. Production of the Ha-140, a development of the Ha-40, was delayed, and at one point there was an unusual situation where headless Ki-61s with no engine were lined up outside the factory. This led to the birth of the Ki-100, whose engine was later replaced by the air-cooled Ha-112.

[About the work]
Created by request from BeeBeeBanoBo. Thanks for the suggestion. However, I could not reproduce the desired painting of the 68th squadron. I could not think of a good way how to make the speckled paint. Sorry.
The cockpit is roughly reproduced.Since I could not find good documentation on the operating equipment, the various operating levers are quite appropriately made.
I have not verified this because I do not have Simple Planes VR. Sorry. 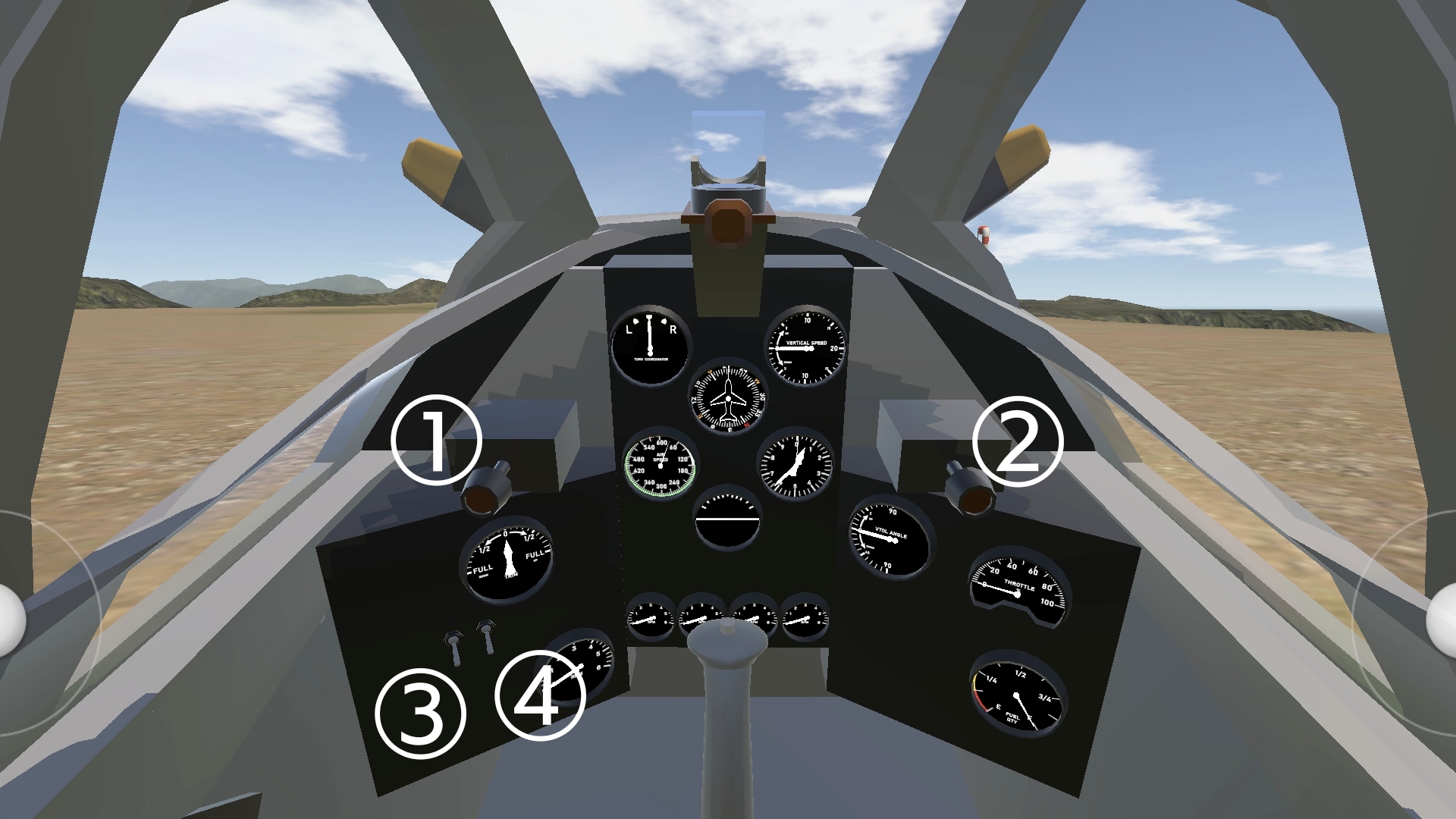 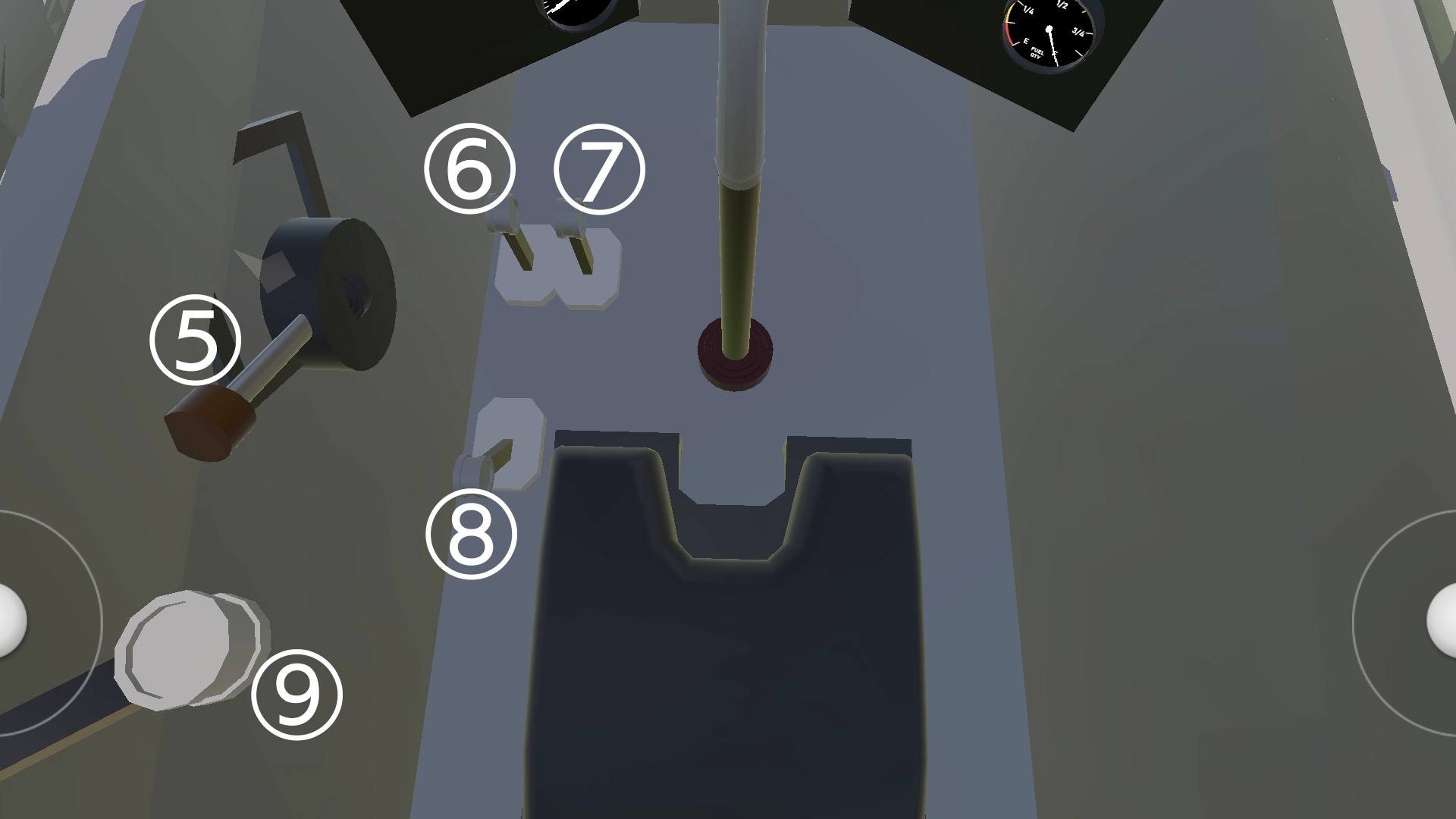 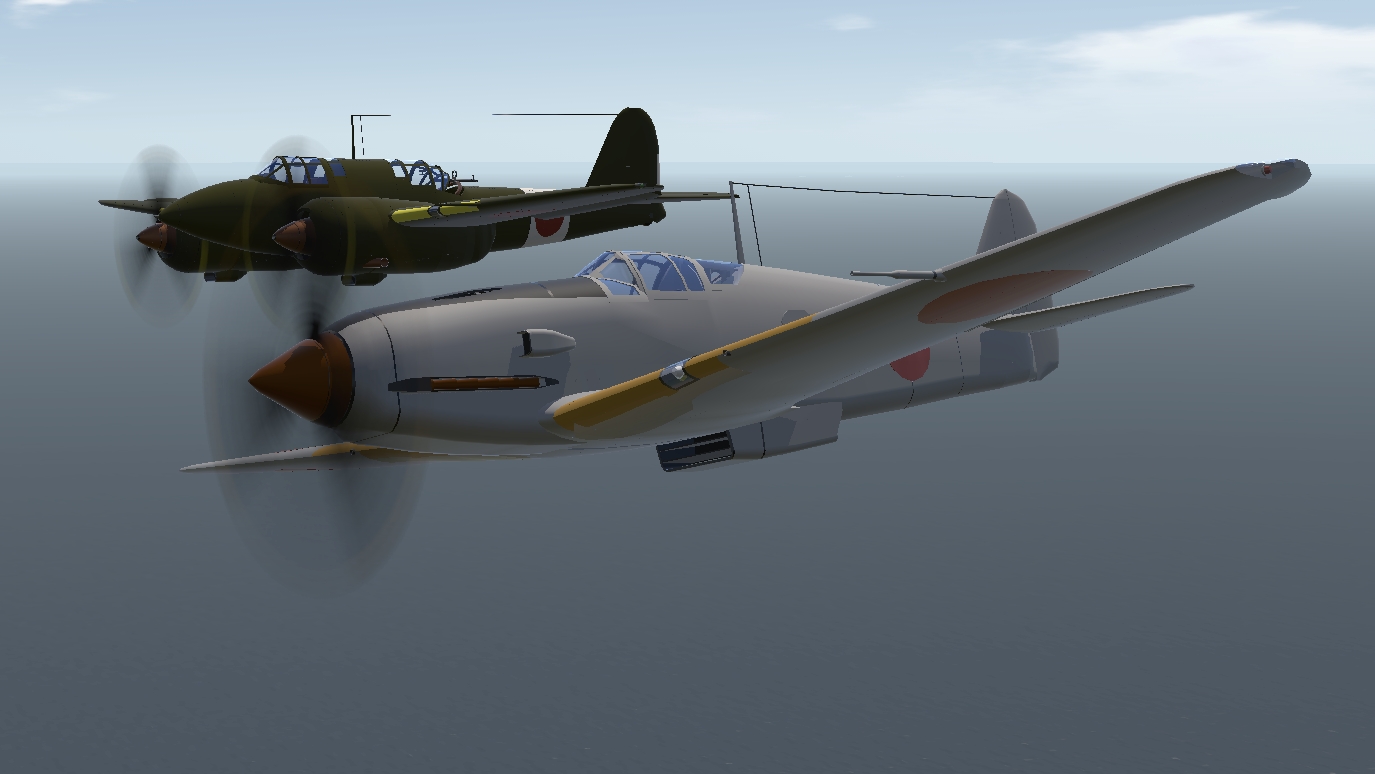 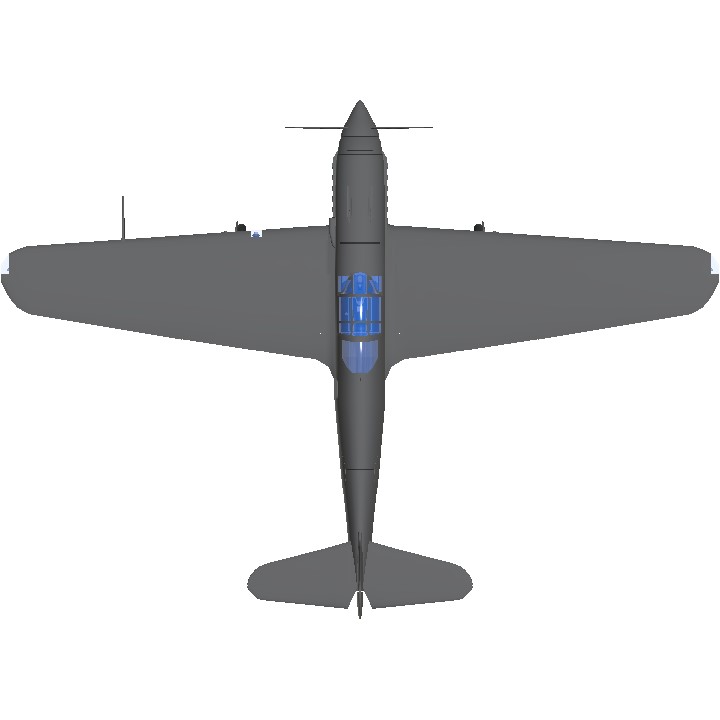 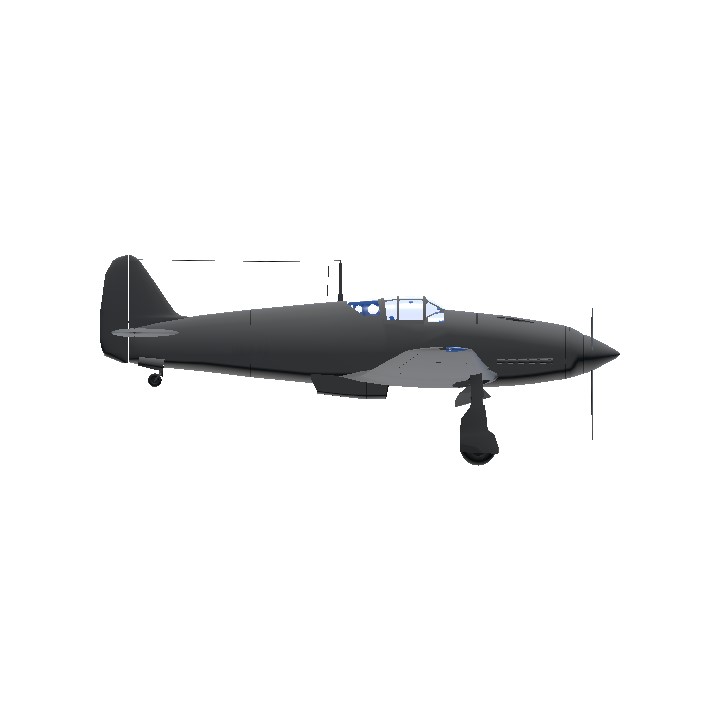 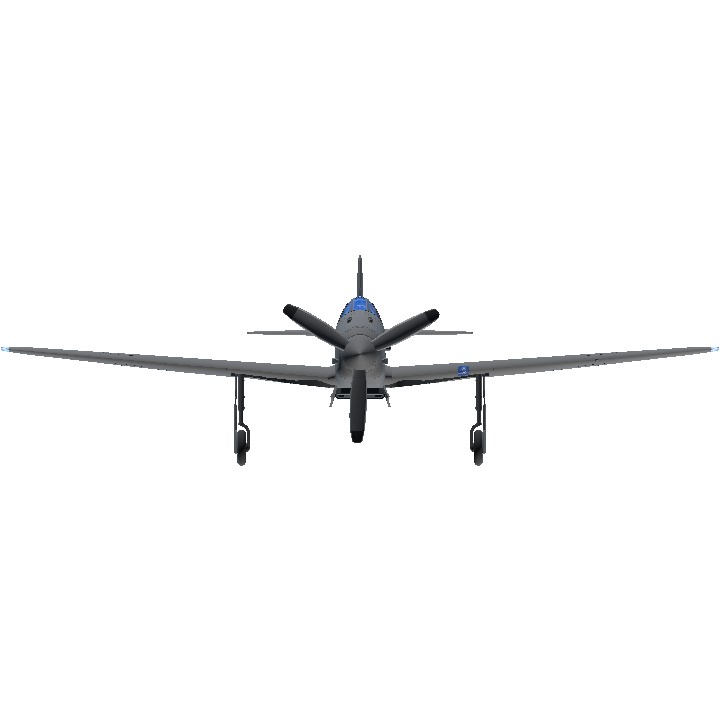