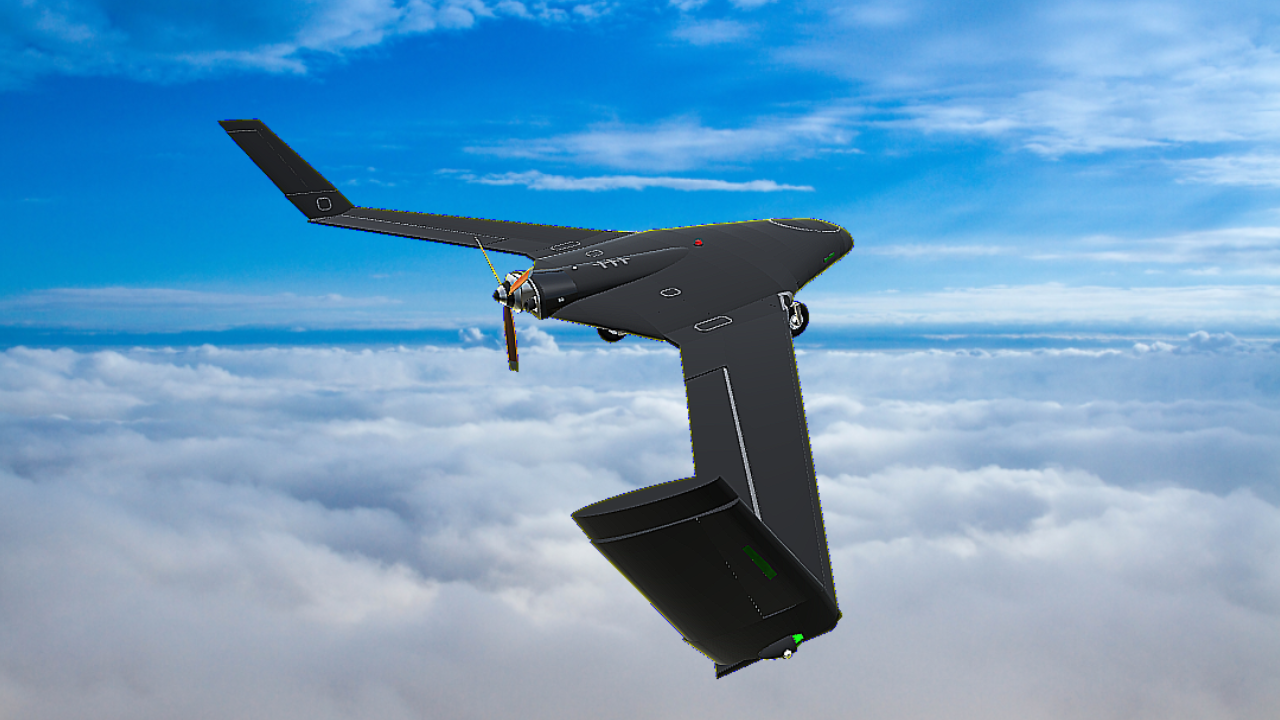 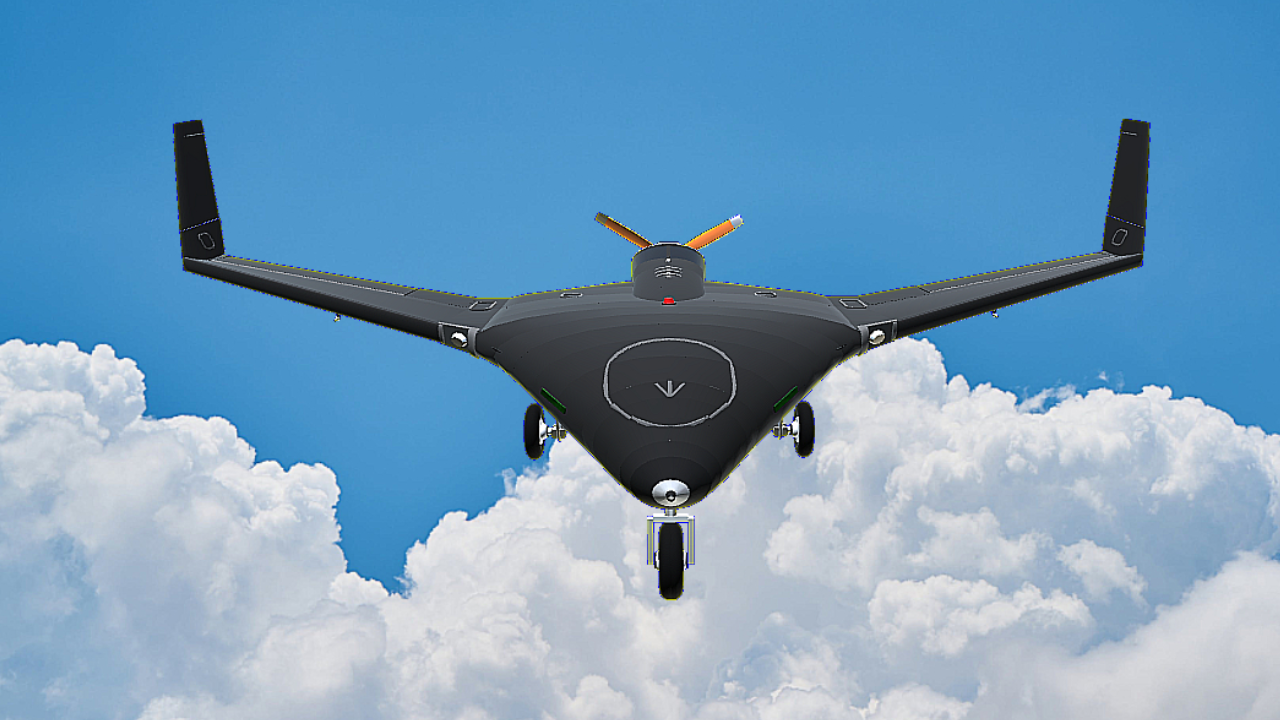 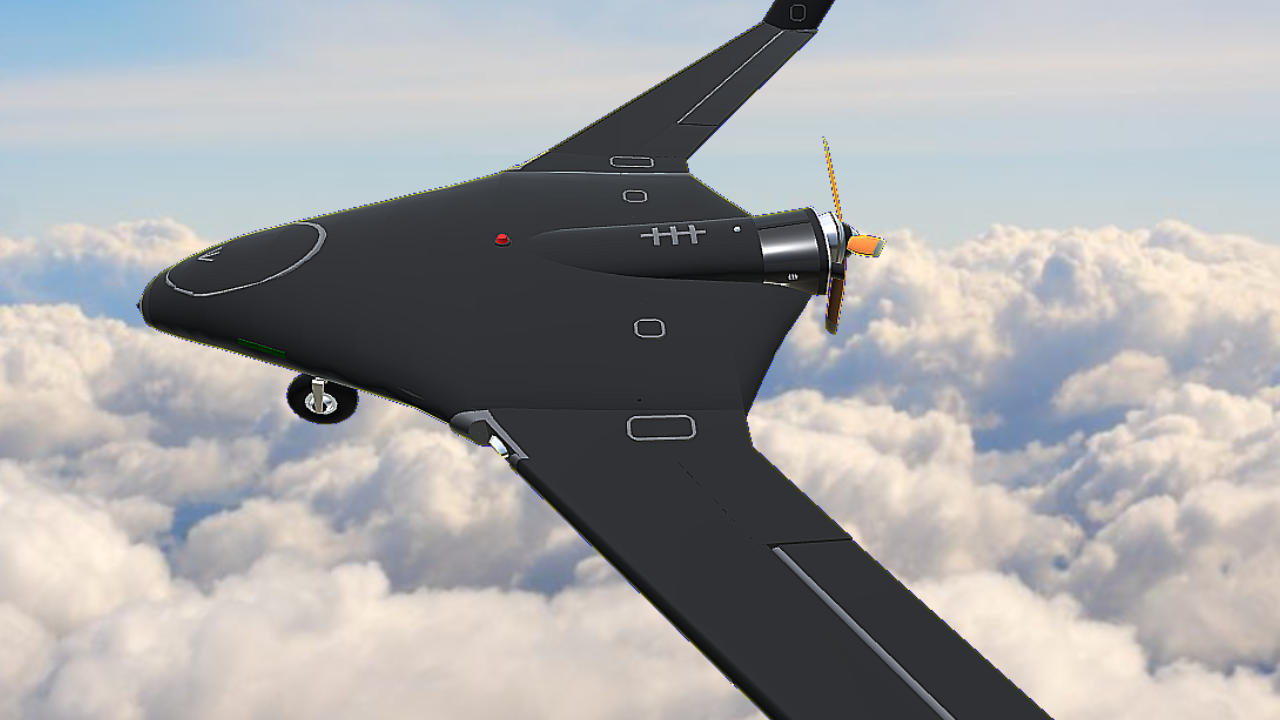 This aircraft was designed for Noname918181's "prop challenge (basic)". It is clearly classified in CIVILIAN category.
The original design was created under the supervision of Professor Yakinthos, by the Department of Fluid Engineering at the Aristotle University of Thessaloniki in Greece . The main aim was developing and constructing a prototype that would provide direct support to isolated areas, with critical humanitarian equipment (life-rafts, supplys, medicines) .This model is an unmanned aerial vehicle of medium range and height, with a combined wing body structure.

The aircraft is mainly produces lift by the asymmetric shape of its fuselage and secondary from its semi-rigid wings. It can take off from small unprepared runways and carries two high-resolution cameras, one on the nose and one on a pillar under the fuselage. The cargo is located behind the second camera and consists of a parachute, a smoke flare, and the main equipment.

Few words about the construction: The plane has combined roll and pitch control surfaces (Elevons). To simulate the half-rigid nature of the wings, during take-off the main wings are automatically lifted to a 5-degree dihedral.
The aircraft can take off at 70 mph, stall speed is below 50 mph, it achieves a top speed of 118 mph and has an economical cruising speed of 95 mph. The V (ne) is at 135 mph and the maximum payload release velocity is at 114 mph (attention at higher speeds the parachute hits the propeller with catastrophic effects).

The Rx-3 has been introduced a few times outside of Greece and is probably the rarest modeling exhibit in the world. Made as a special UAV category (that of search and rescue) and combined with innovative volatile features, it is an example of a cheap technology solution that changes the outlook in its category. It is also the second UAV of the university's many interesting science flight programs. 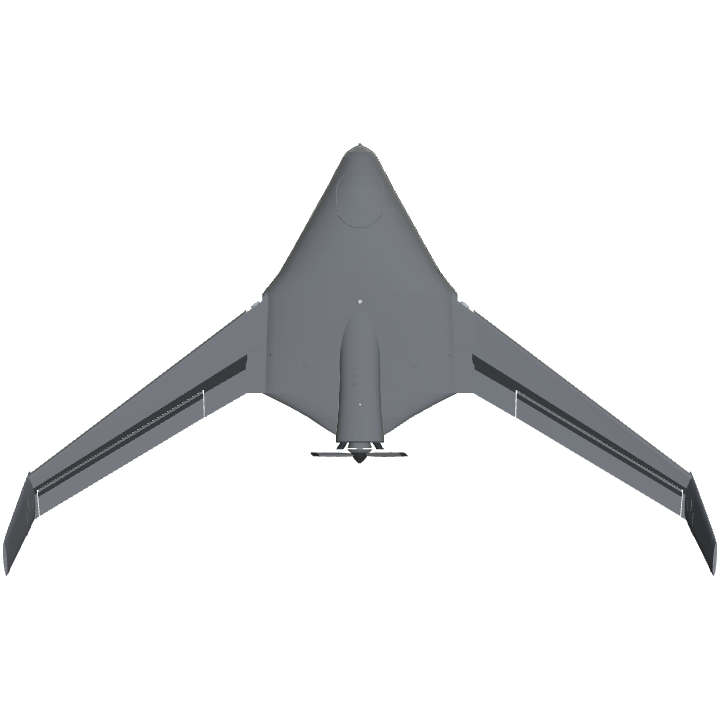 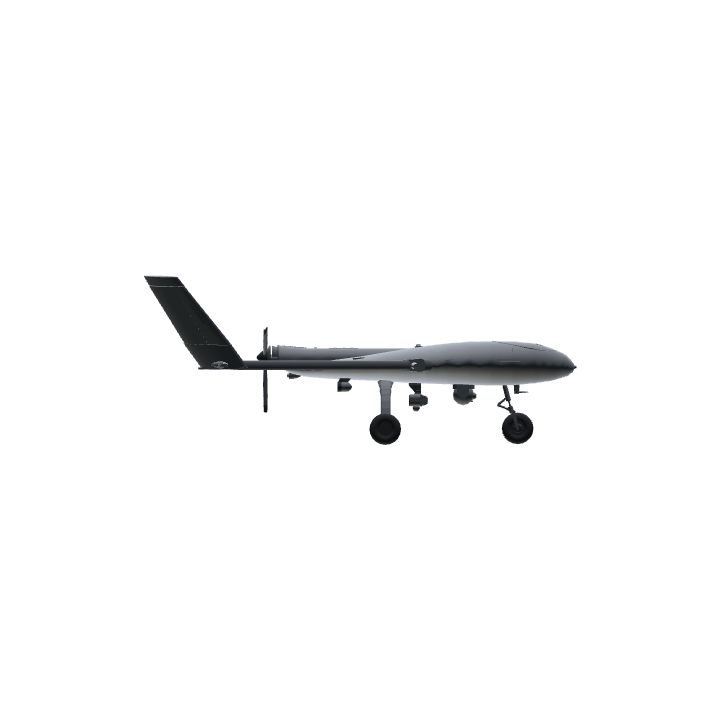