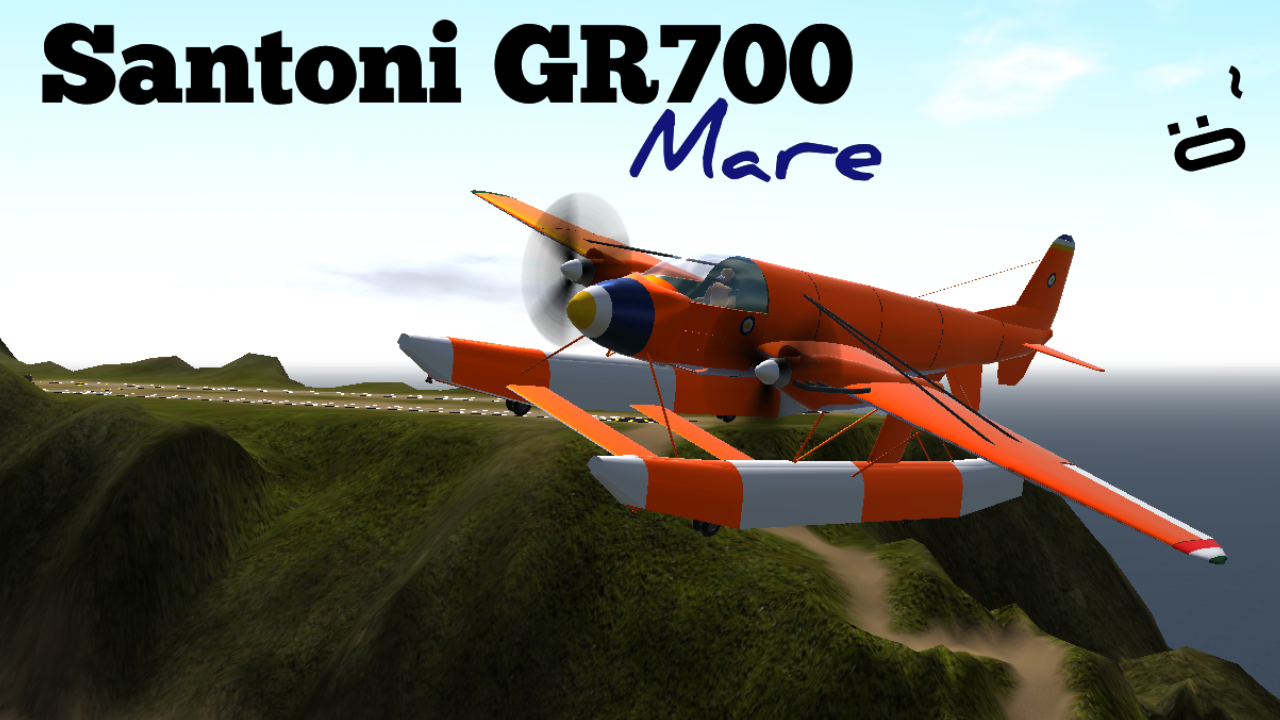 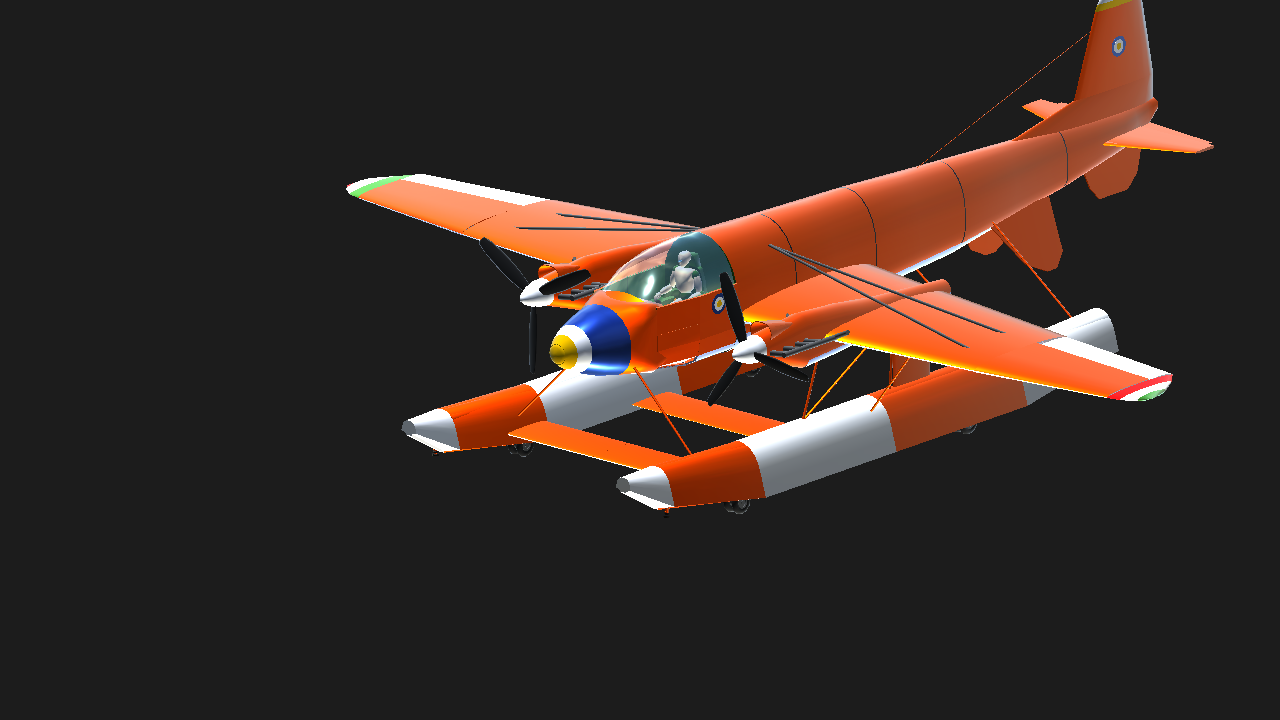 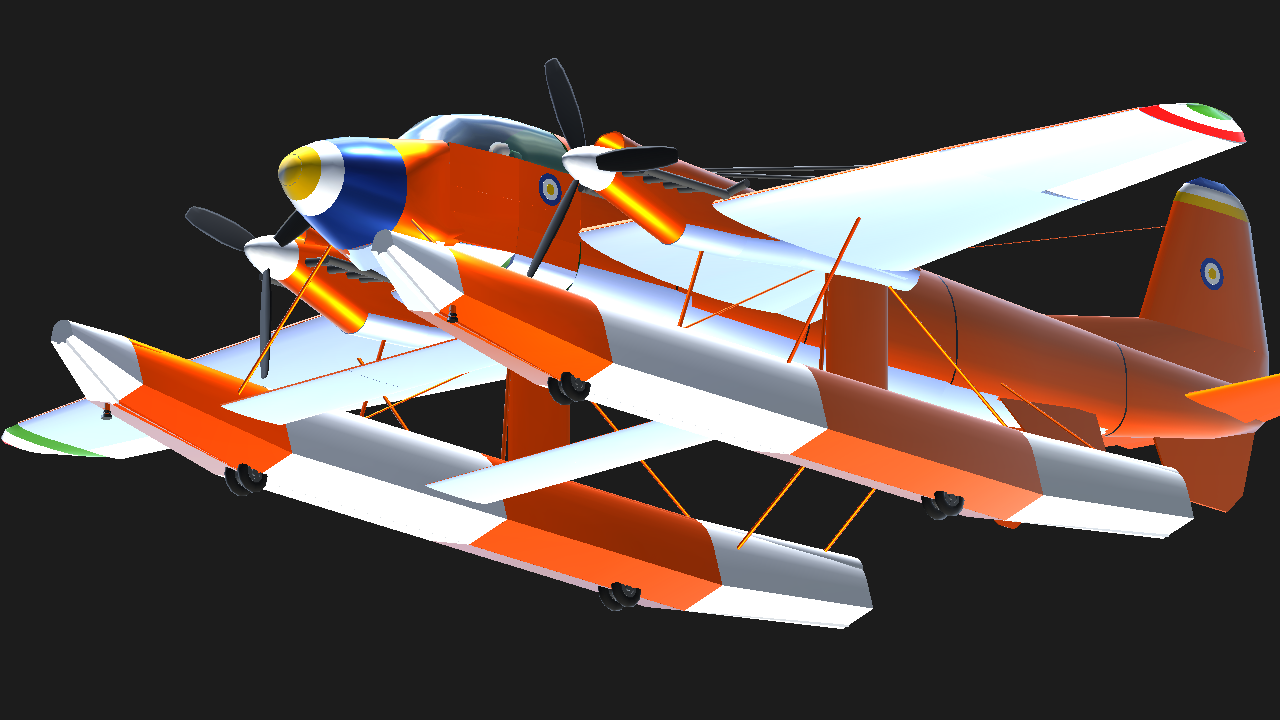 The new seaplane built by Santoni, originally intended to participate in the MOs, Mechanical Olympics in the Seaplane branch, the project quickly saw the development of a more public use intended version, with 2 Turbocharged Jamaç V8 Inline engines, producing 945~ HP . It was intended to operate only in water airports, but aerial pioneer Giorgio Lohko modified the floaters by attaching 4 wheels to them.Giorgios model was n° 436.Only 800 were produced, without counting the race models (4).

This plane was often seen in the docks at Cornoglio(a smaller village heavily inspired by sicilian towns), flying around the islands and then into the horizon. 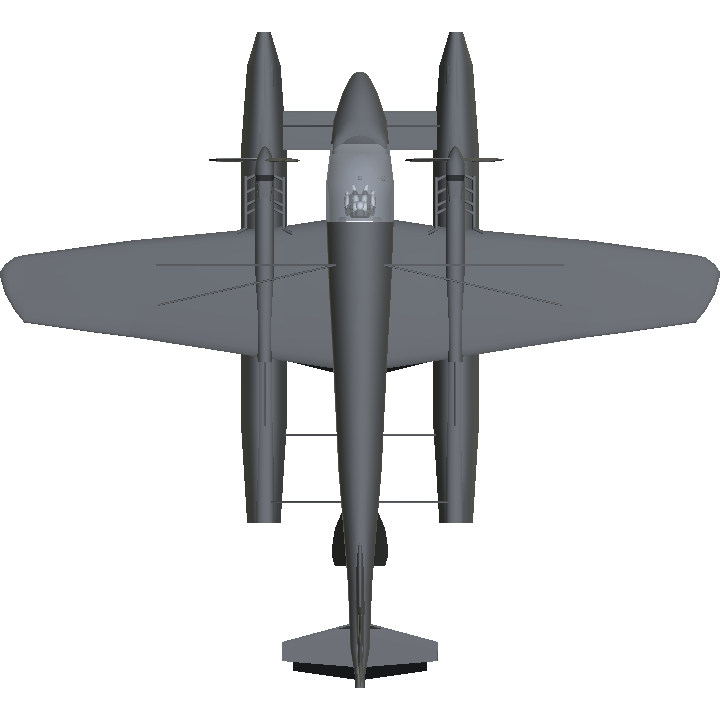 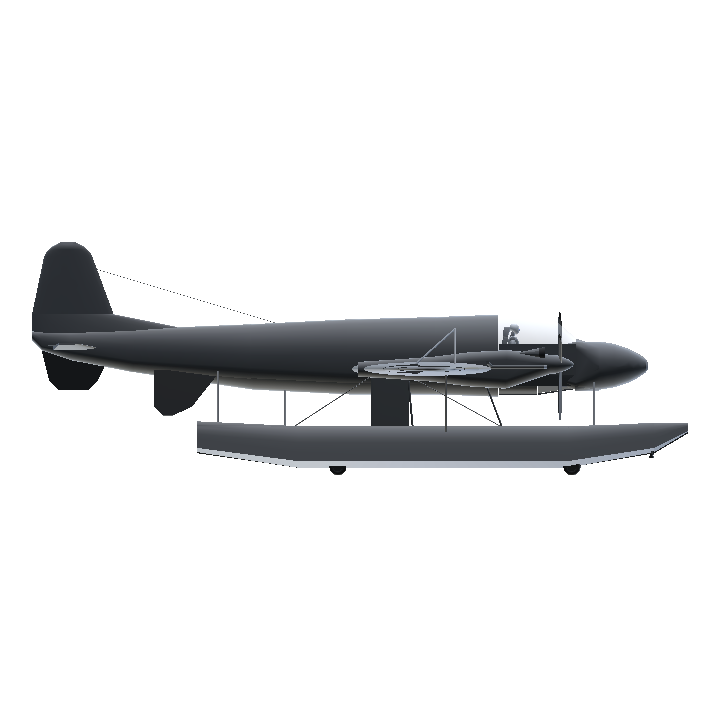 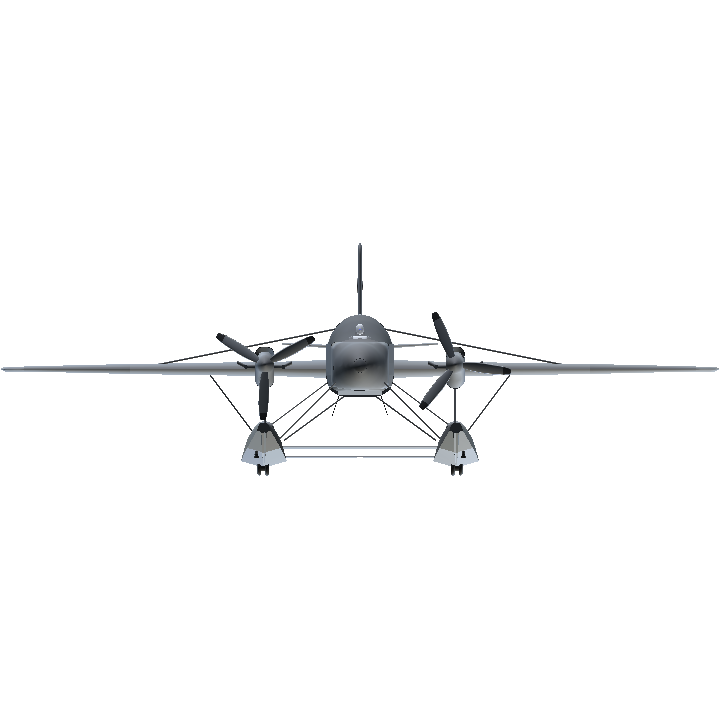