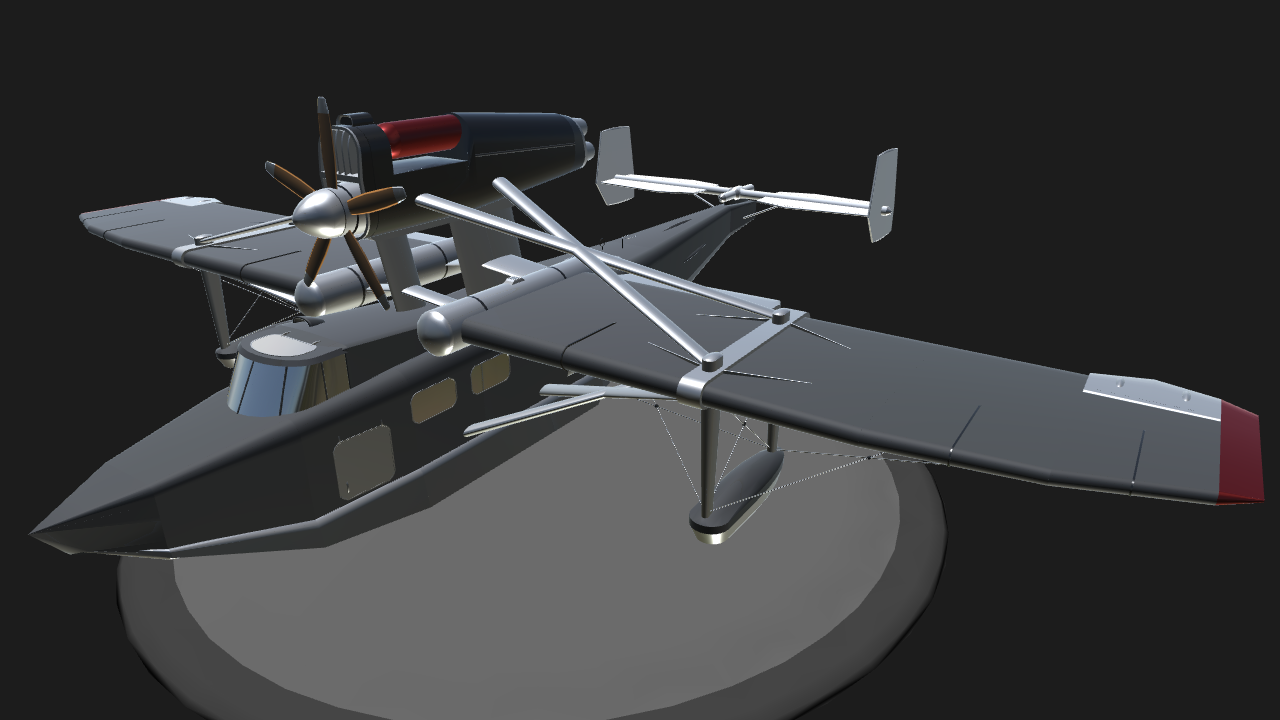 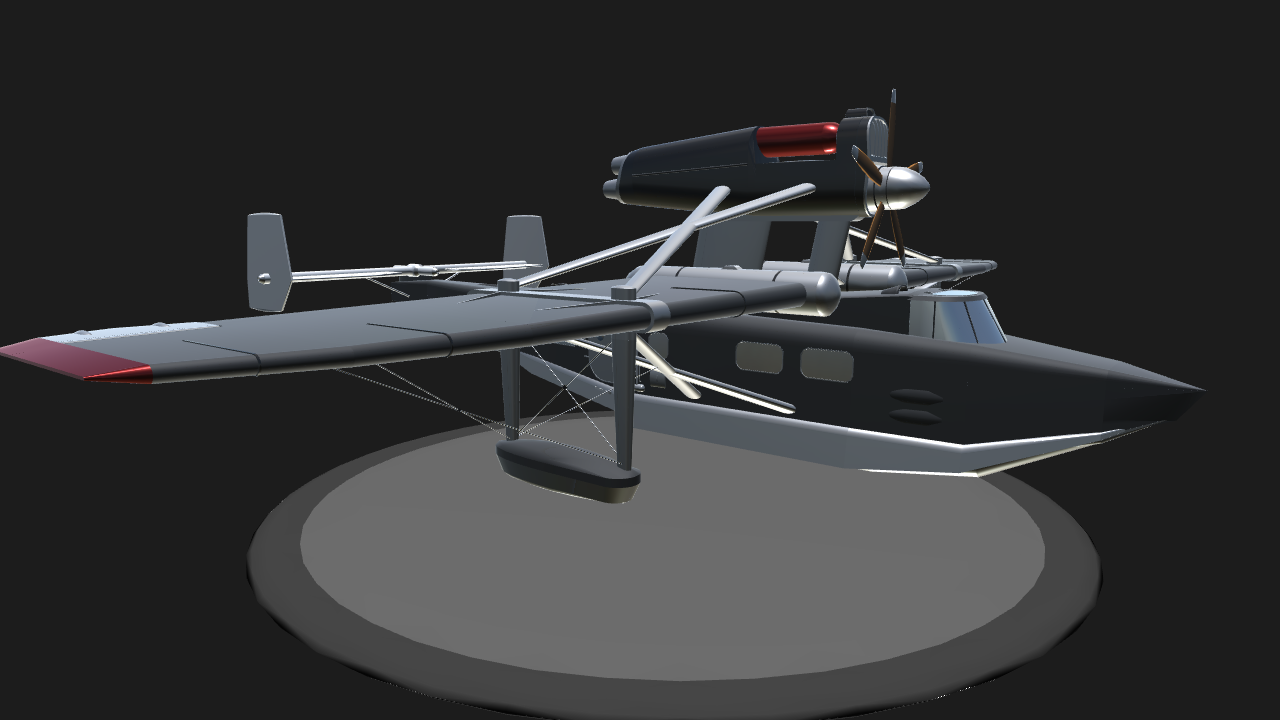 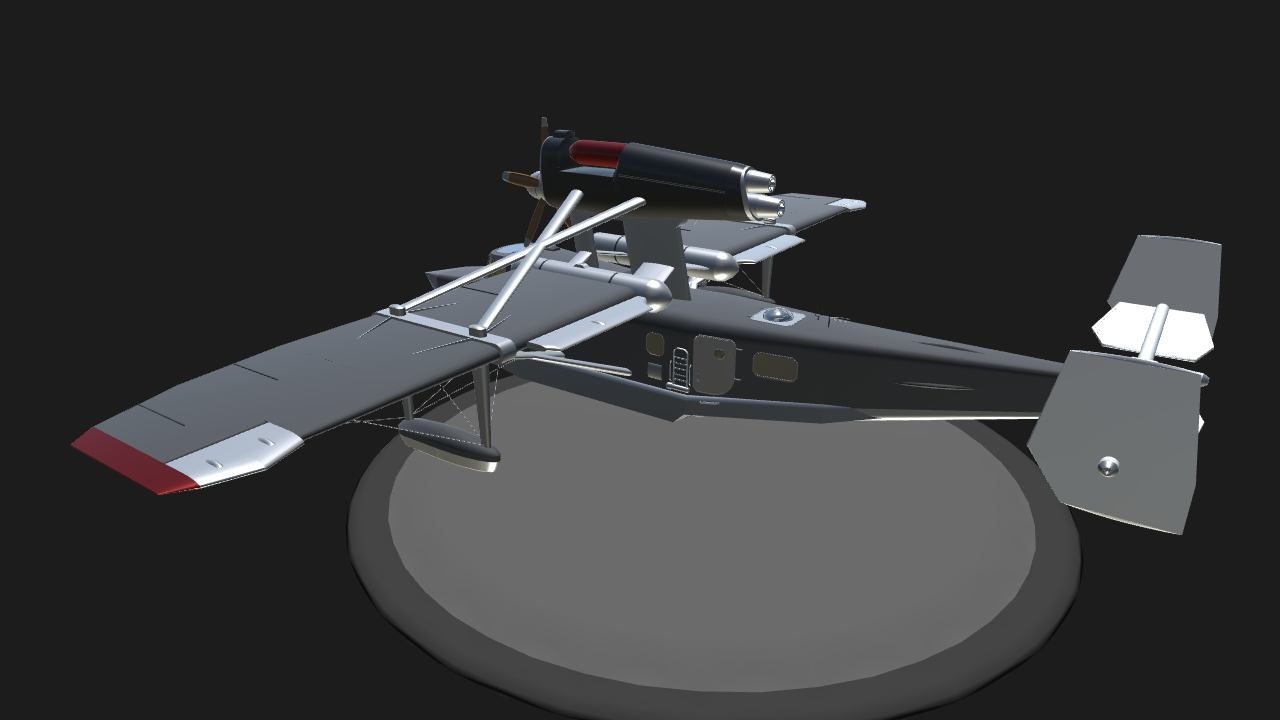 His Majesty's Aircraft “Unsung Hero” has been pressed into military service and modified to carry out the vital tasks of air-sea rescue, long range maritime patrol and occasional clandestine operations. The craft's low speed and long endurance are key to these roles. For its rescue missions, the craft has been fitted with an experimental thruster unit for manoeuvring on the water; operable by either the pilot or a crew member from the rear top hatch, and rescue ladders that lower into the water to aid egress and ingress.

Take-off: AG1 on. VTOL down to lower flaps. Apply full throttle, when speed reaches 135mph, gently pull up fully; speed will reduce slightly until unstick occurs. Once airborne, raise flaps to neutral and adjust throttle and trim as required.

Built by: Surlaw Marine.
Sponsored by: Volunteer groups in and around Surlaw Coastal Garrison.

Apologies to the flap purists: I used a small hidden wing with the control surface set to VTOL and it deflects up as well as down so I made the false flaps match that movement. Suggestions on “down only” flaps would be welcome for future builds! Once airborne and trimmed up, flight performance is “genteel” so just let the plane do its thing and caress the controls gently while chilling out.

This build is meant to emulate the role of planes such as the Supermarine Walrus, PBY and others whose crews carried out vital but rarely recorded missions, hence the name “Unsung Hero”. (And I love flying boats!) The engine nacelle is based on a picture I saw while browsing, but heavily Treadified. 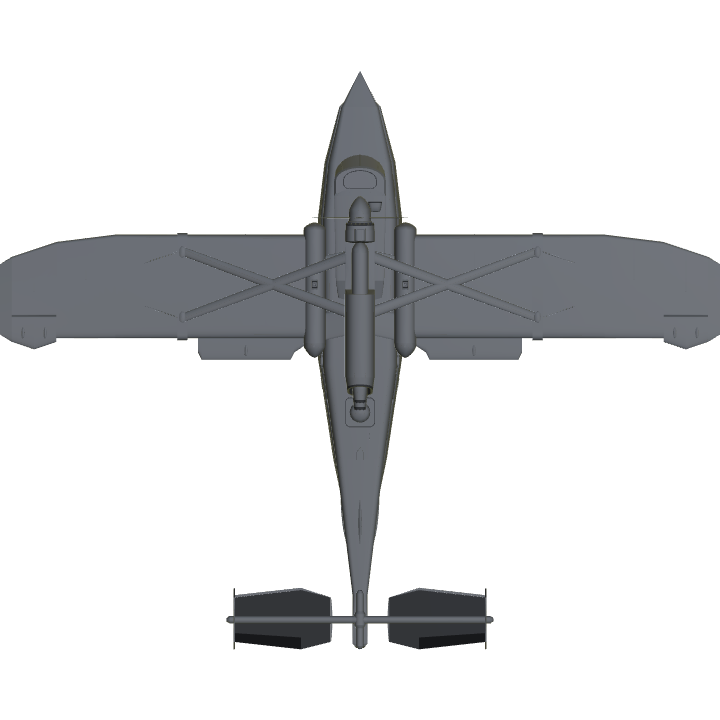 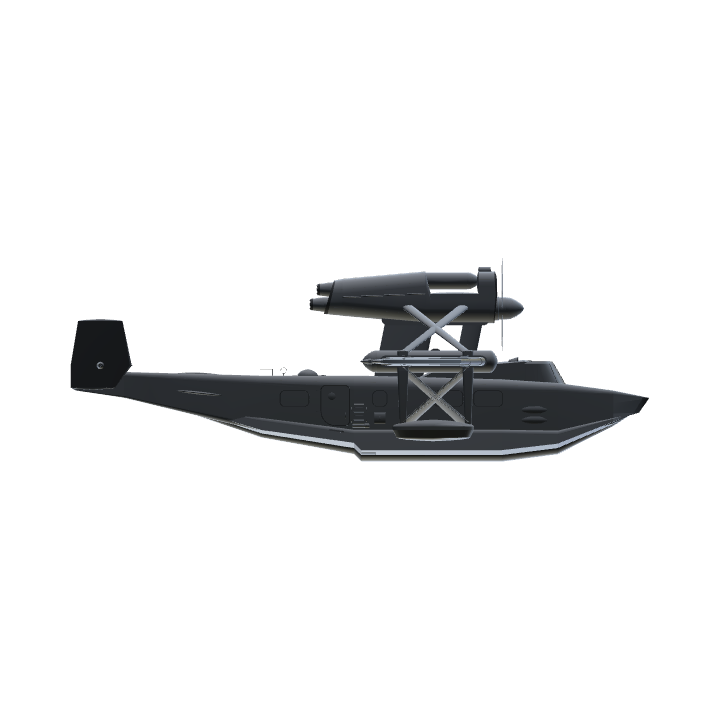 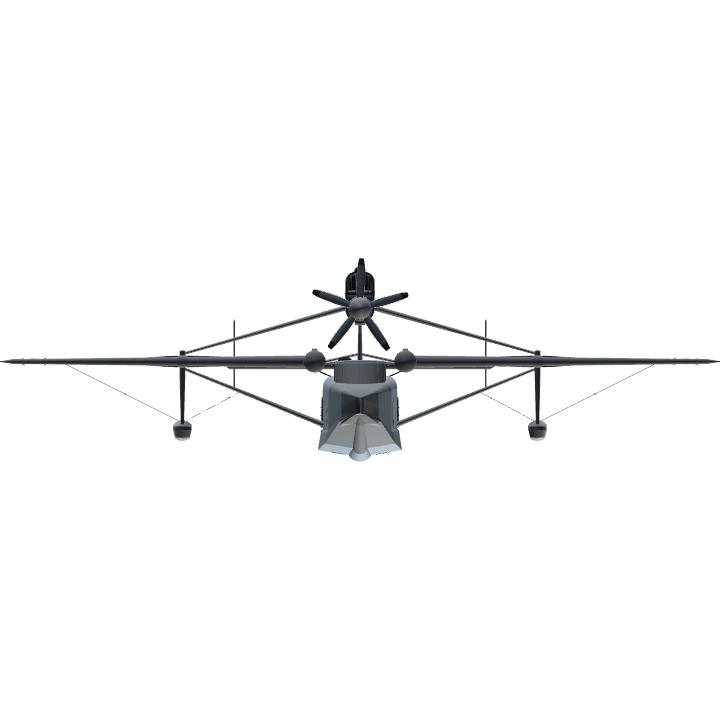