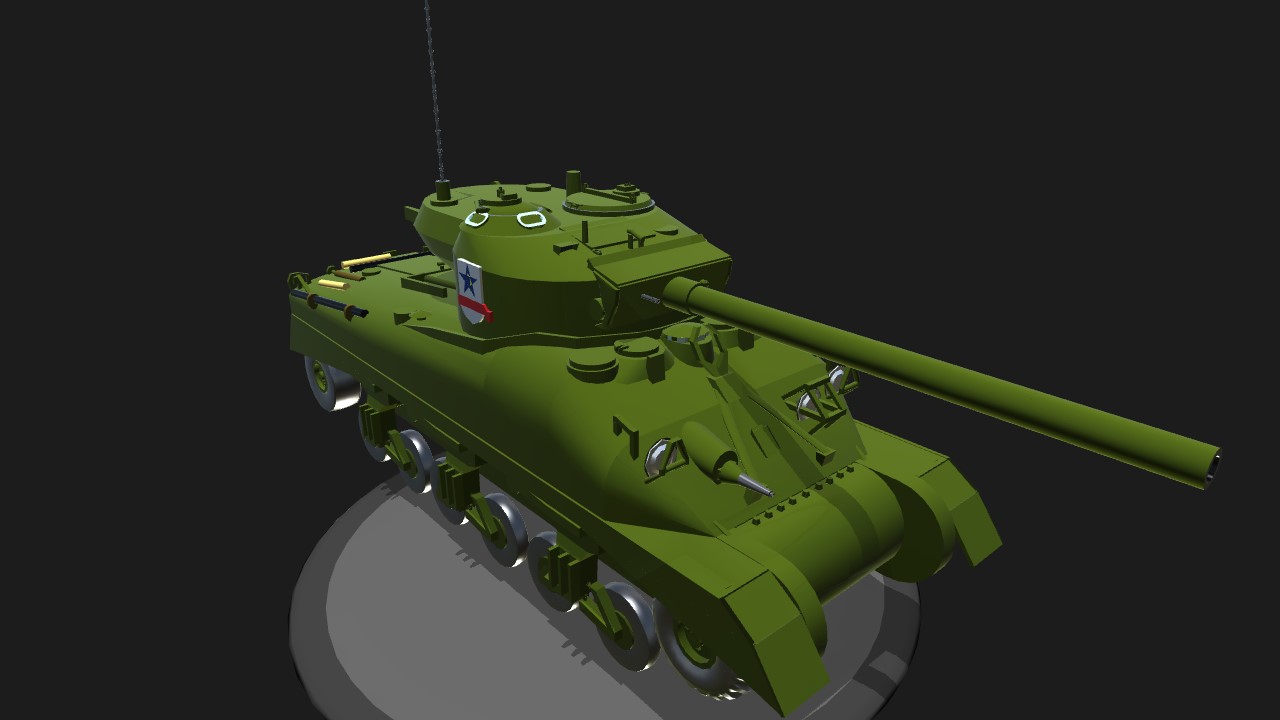 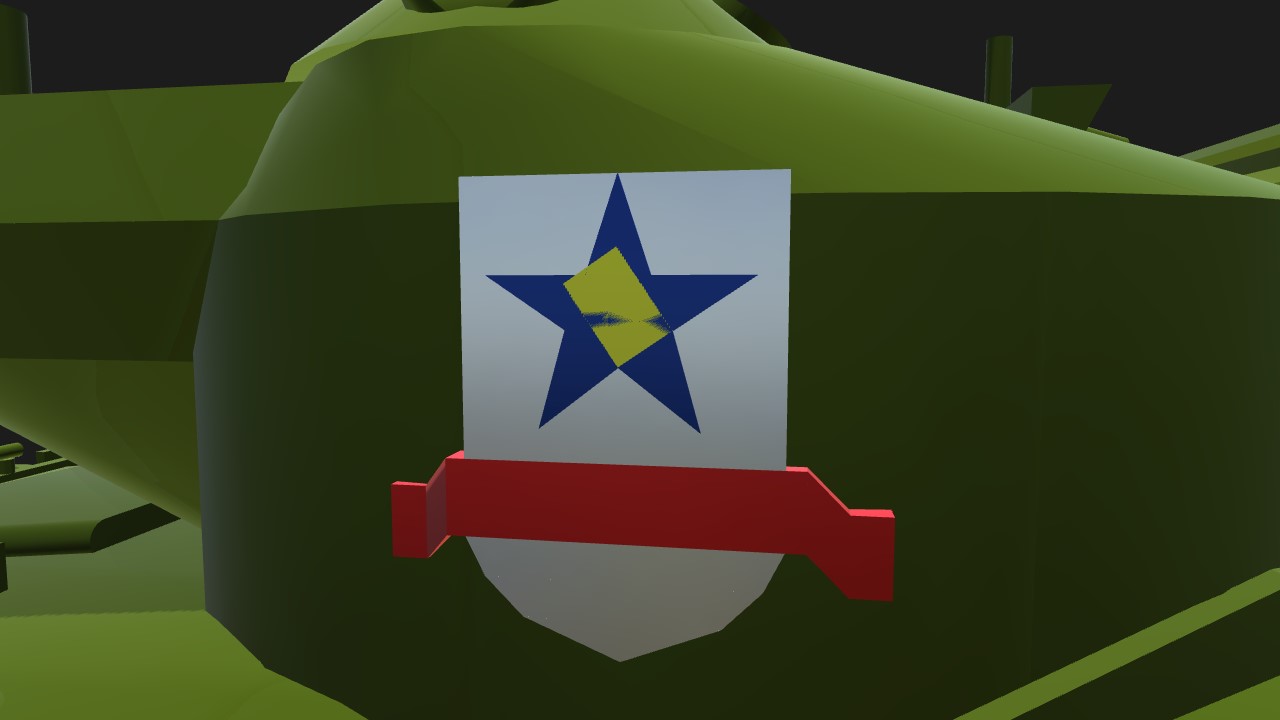 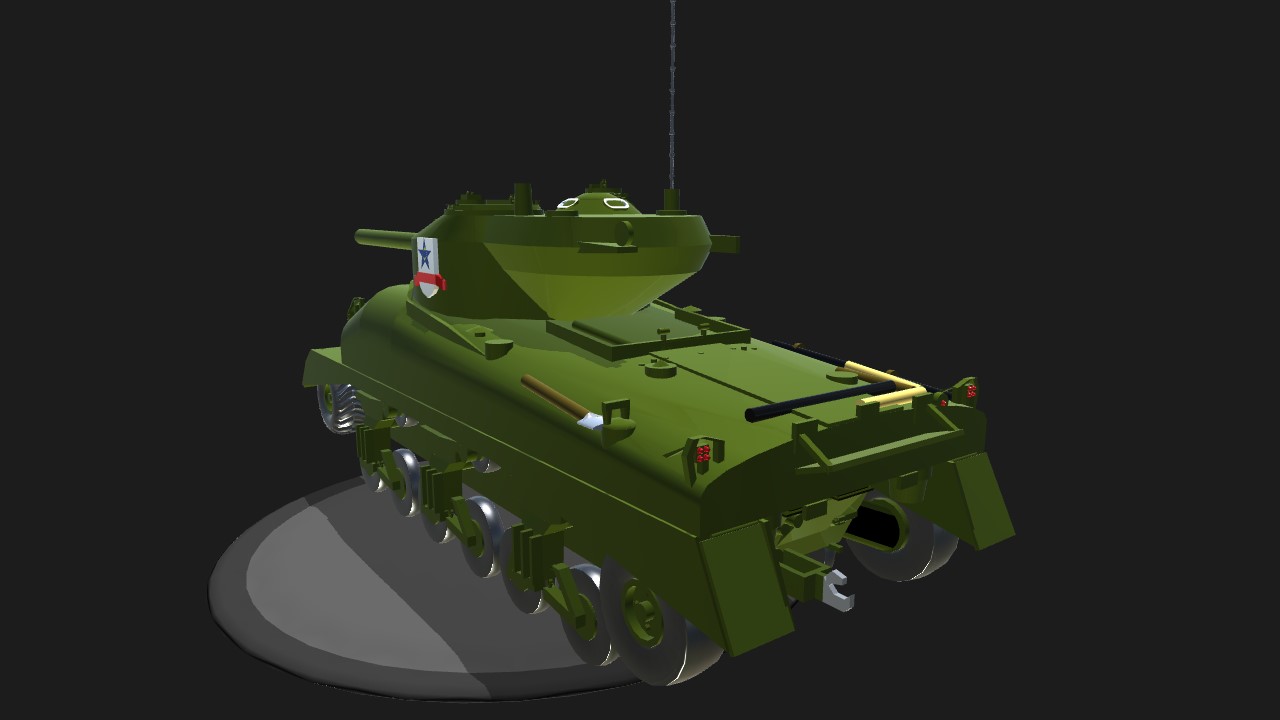 Thanks for 200 followers! Let's go! I want to start off with saying that I don't really like the Sherman, but it was very fun to build. Today I bring you another Girls Und Panzer tank build. The M4, or "Sherman" was one of the most mass produced tank of the second world war. It used the hull of the earlier M3 "Lee", which is why it was so tall. This M4 is quite a mixed up varient- the name for it has been cut down to M4A1E4, so we'll just leave it at that. In Girls Und Panzer, this tank makes an appearance as part of Saunders Prep School's line up. In the first round of the Senshado tournament, it is also the flag tank. Here is how it works; To operate your gun traverse, use VTOL. For gun laying, use trim. Pitch is to drive, and roll is to steer. You can activate your machine guns using group 1. The hull mounted MG will move respectively with the main turret. I hope you come marching home... Enjoy! 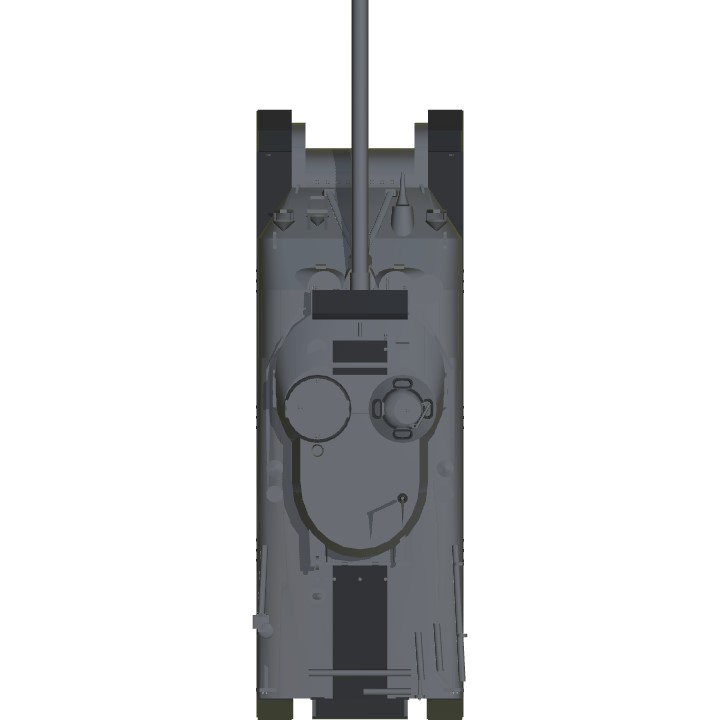 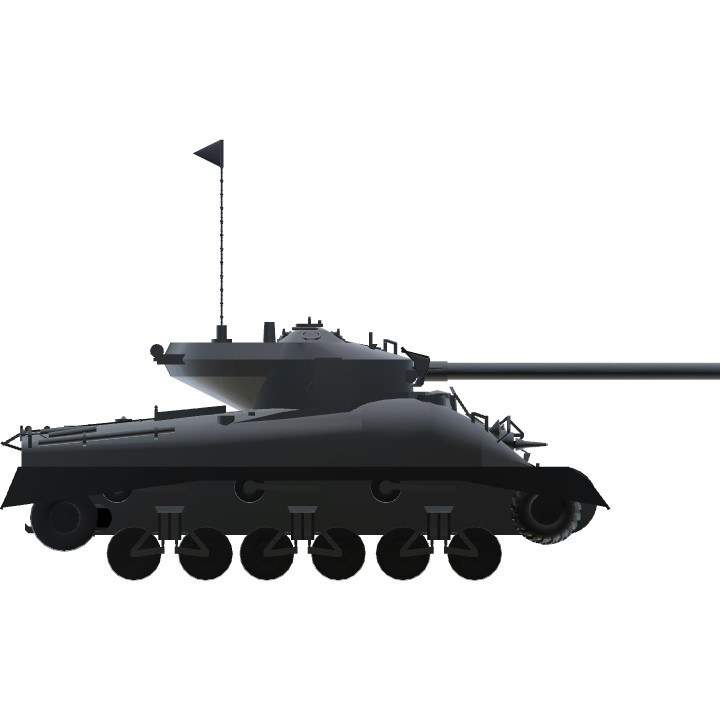 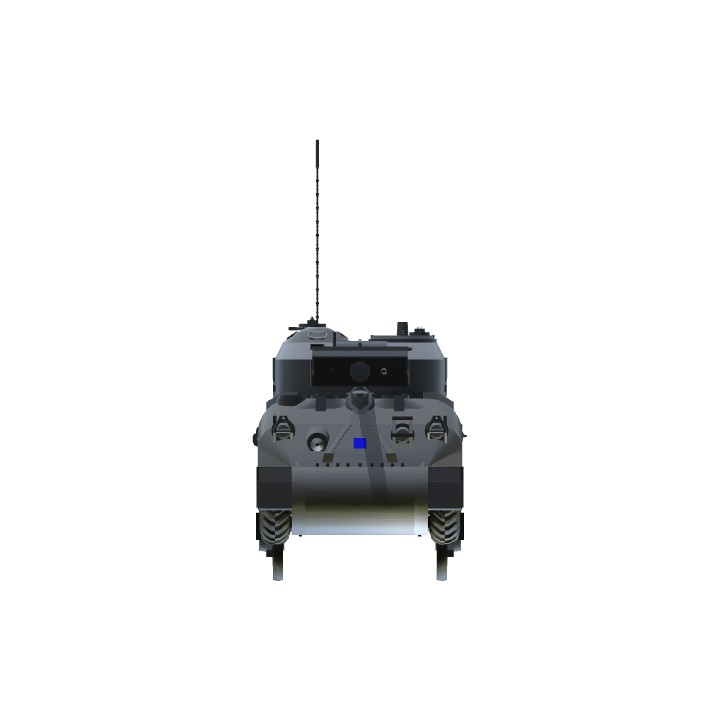