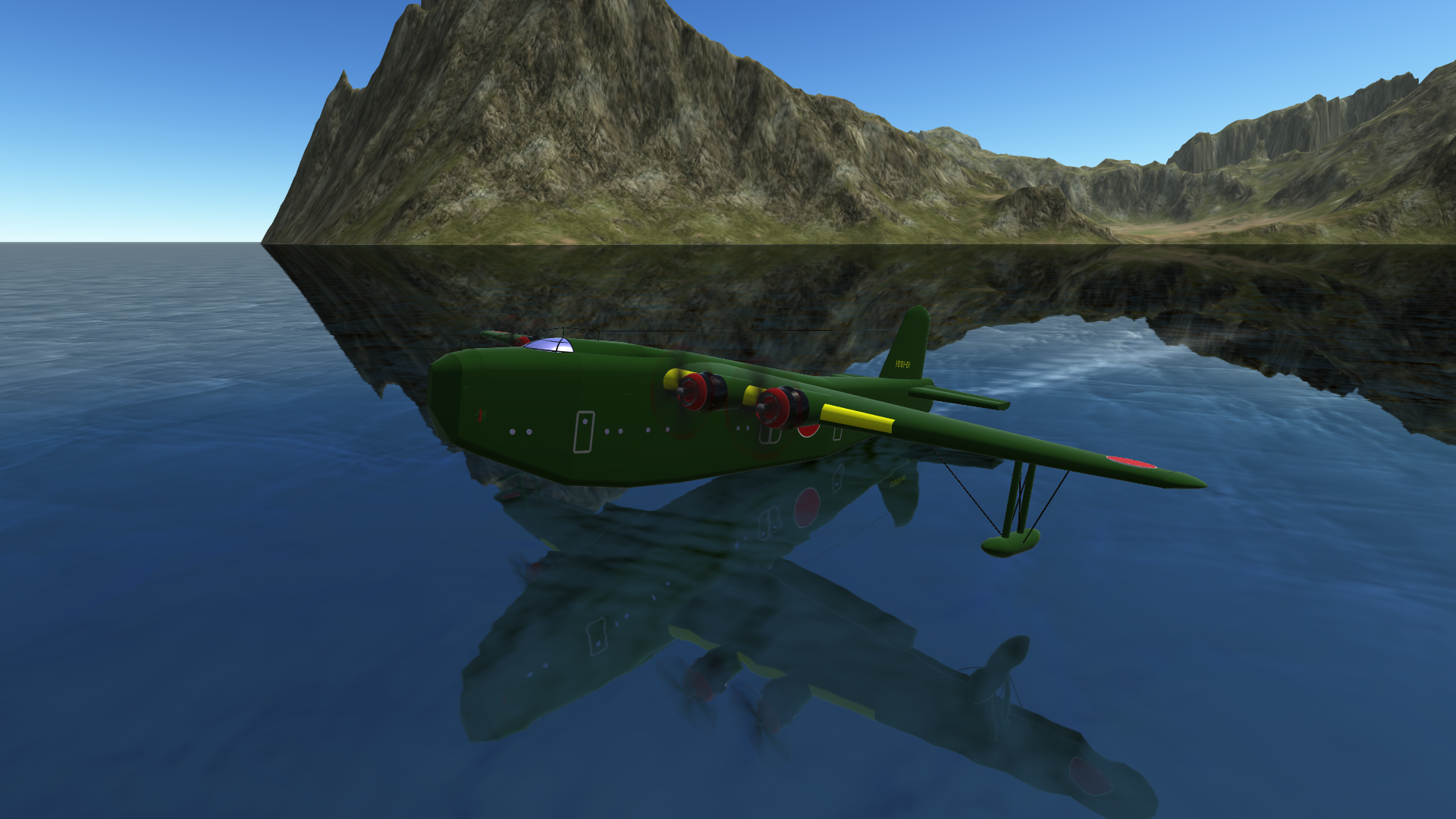 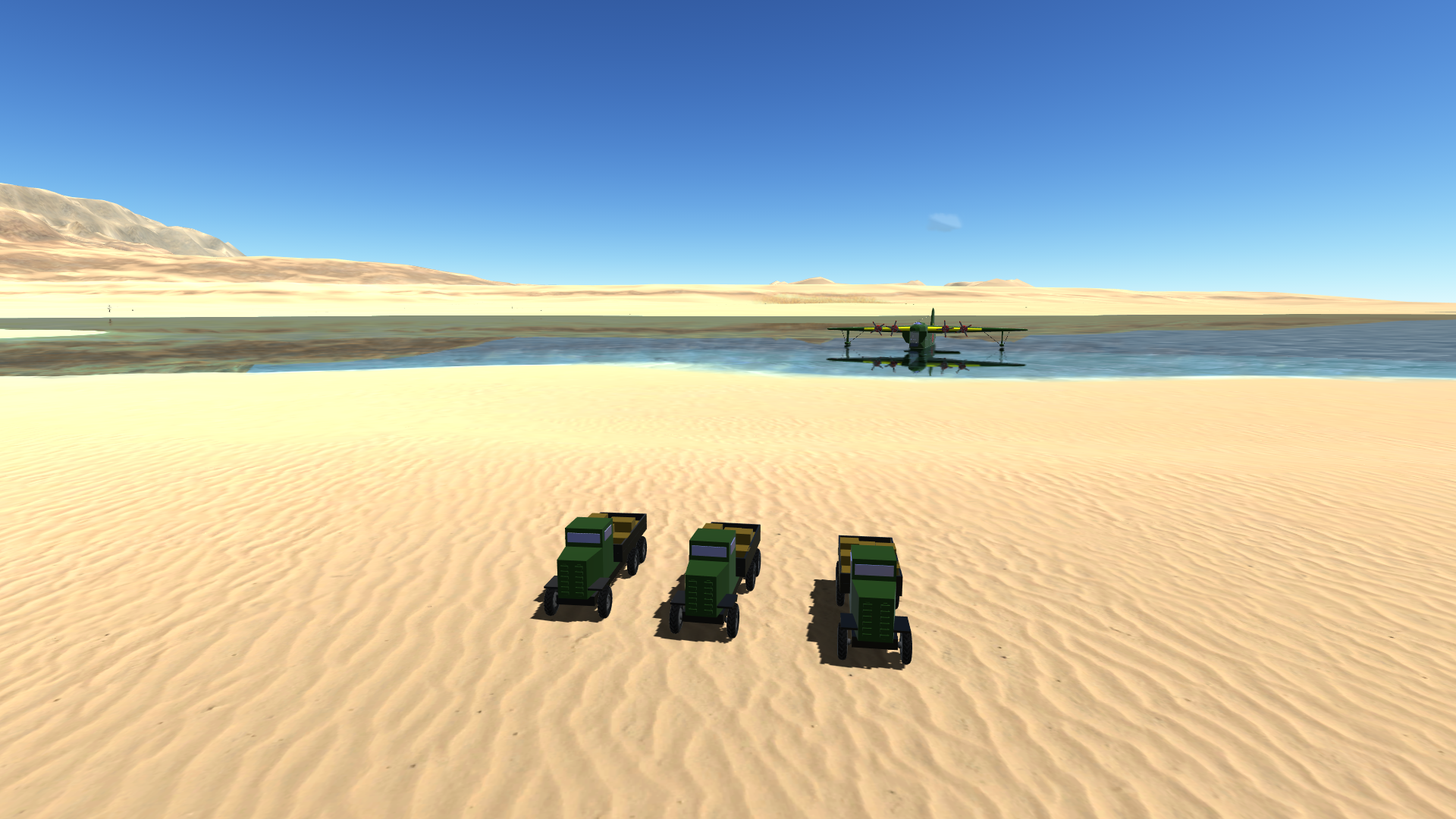 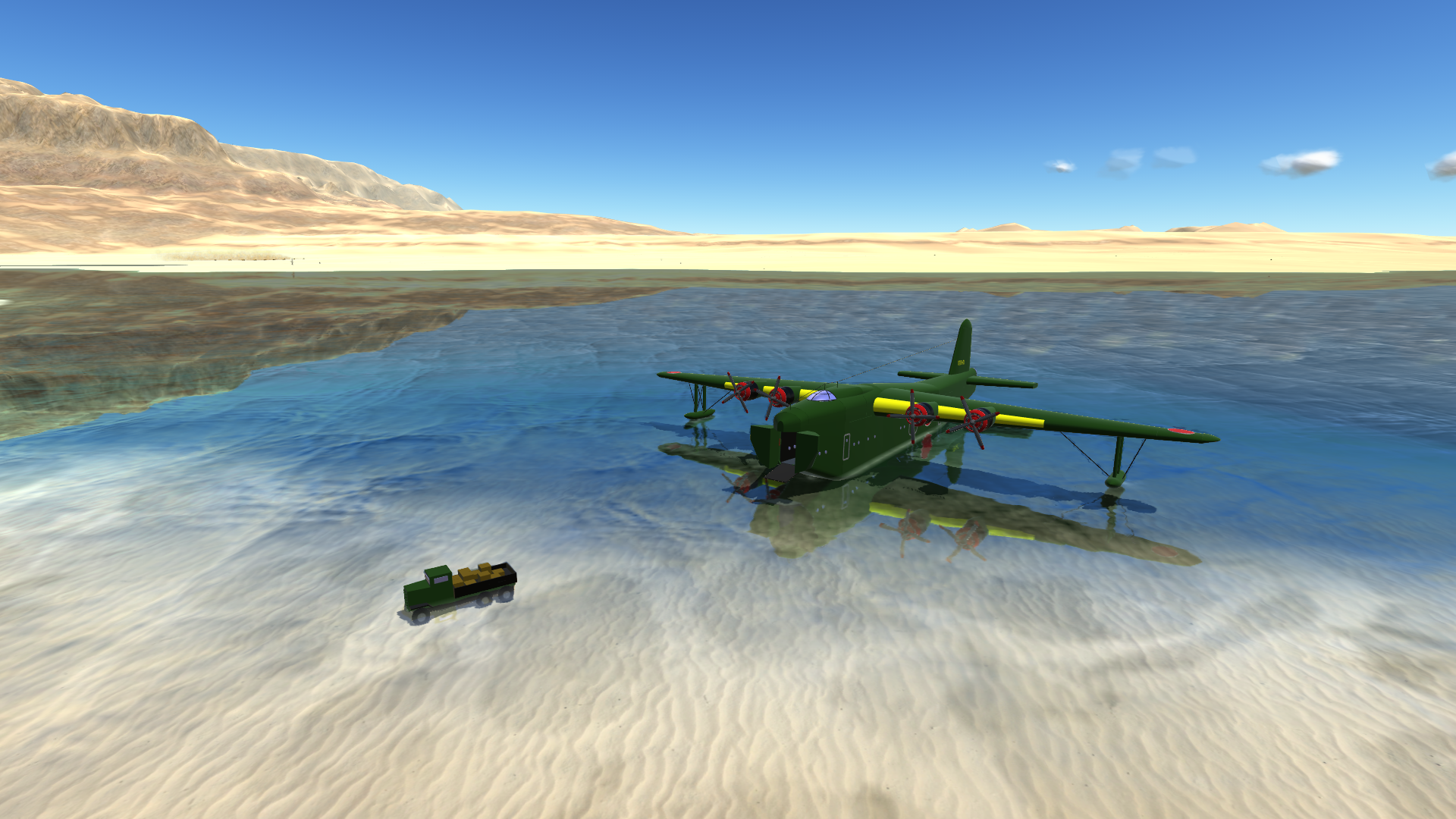 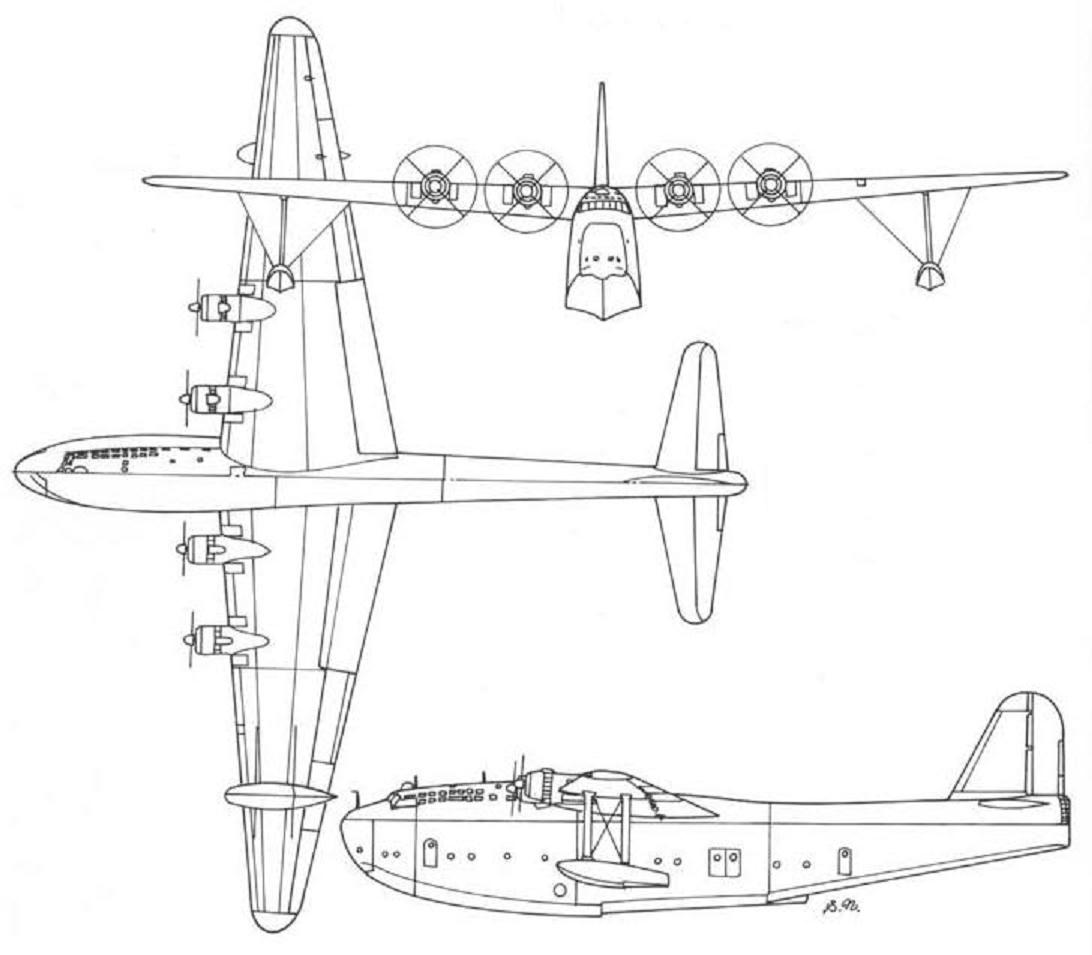 The Kawanishi H11K "Soku" (Blue Sky) was a blueprint superheavy flying boat project designed in January 1944. It was projected to be completed by December 1945 and enter production in 1946. By the time the war ended, only a wooden full-scale model existed.

The design is basically a heavy transport aircraft (approximately 26 tons empty, 45 tons full load), with a split-open gate at the nose/bow for a ferry-like load/unload option. The plane is set to be build by wood in order to reduce weight. However, the technical difficulties of using wood delayed the development and it was given up when Japan surrendered.

The hull is designed to not rely on docks or harbours, but can instead be sailed directly ashore and use the bow entrance to load and unload its cargo. In this aircraft, I loaded it with 3 Type 94 Trucks (from the IJA/IJN Marine arsenal). Historically the Type 94 6x4 trucks would be a little bit too high for the cabin to carry, but this can be easily solved by removing the canvas supports. 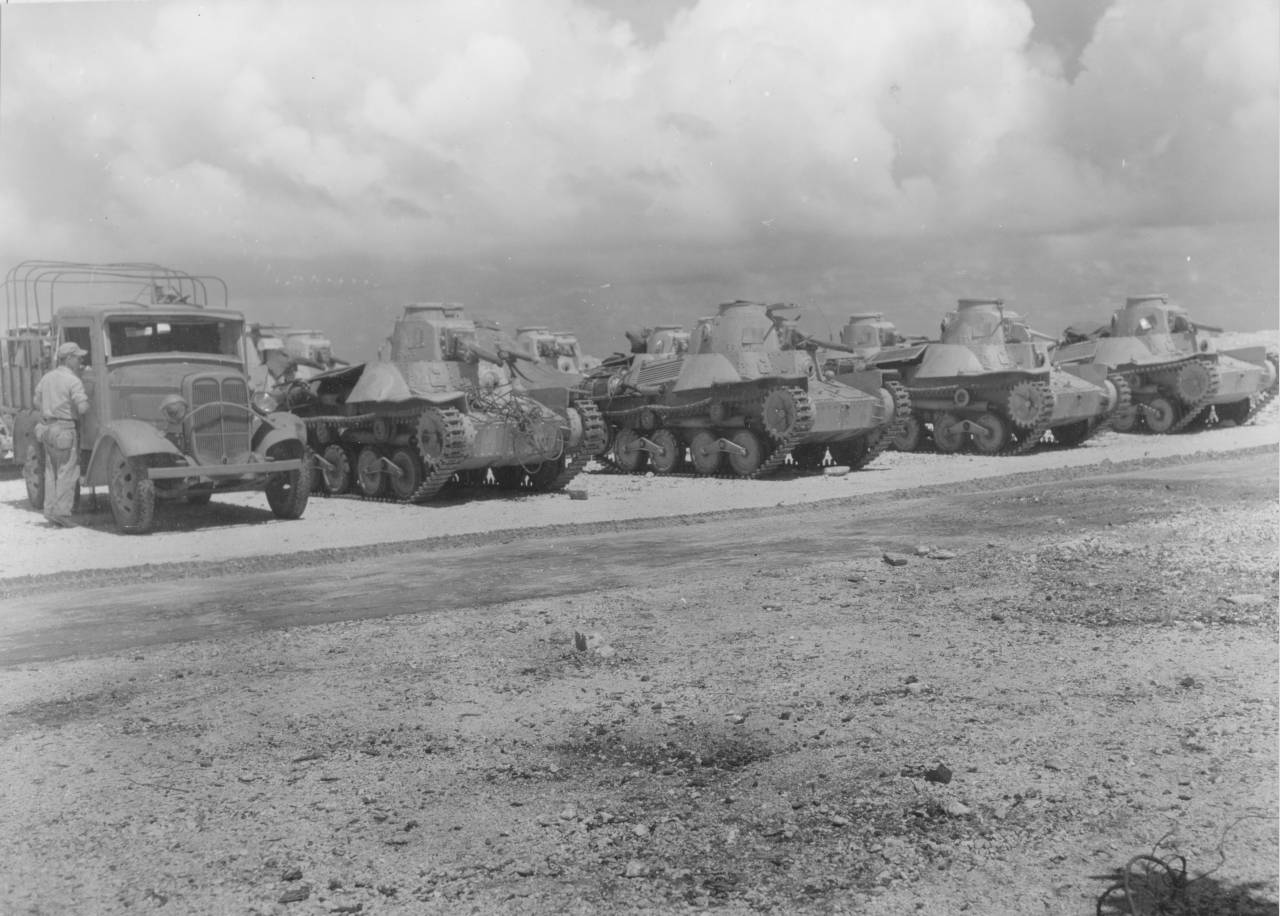 ^ Type 94 Truck on the left, along with the 16th Tank Regiment's Type 95 Ha-Go tanks. Photoed on Marcus Island.

About the 1001st Squadron: (Yes it did exist in history) 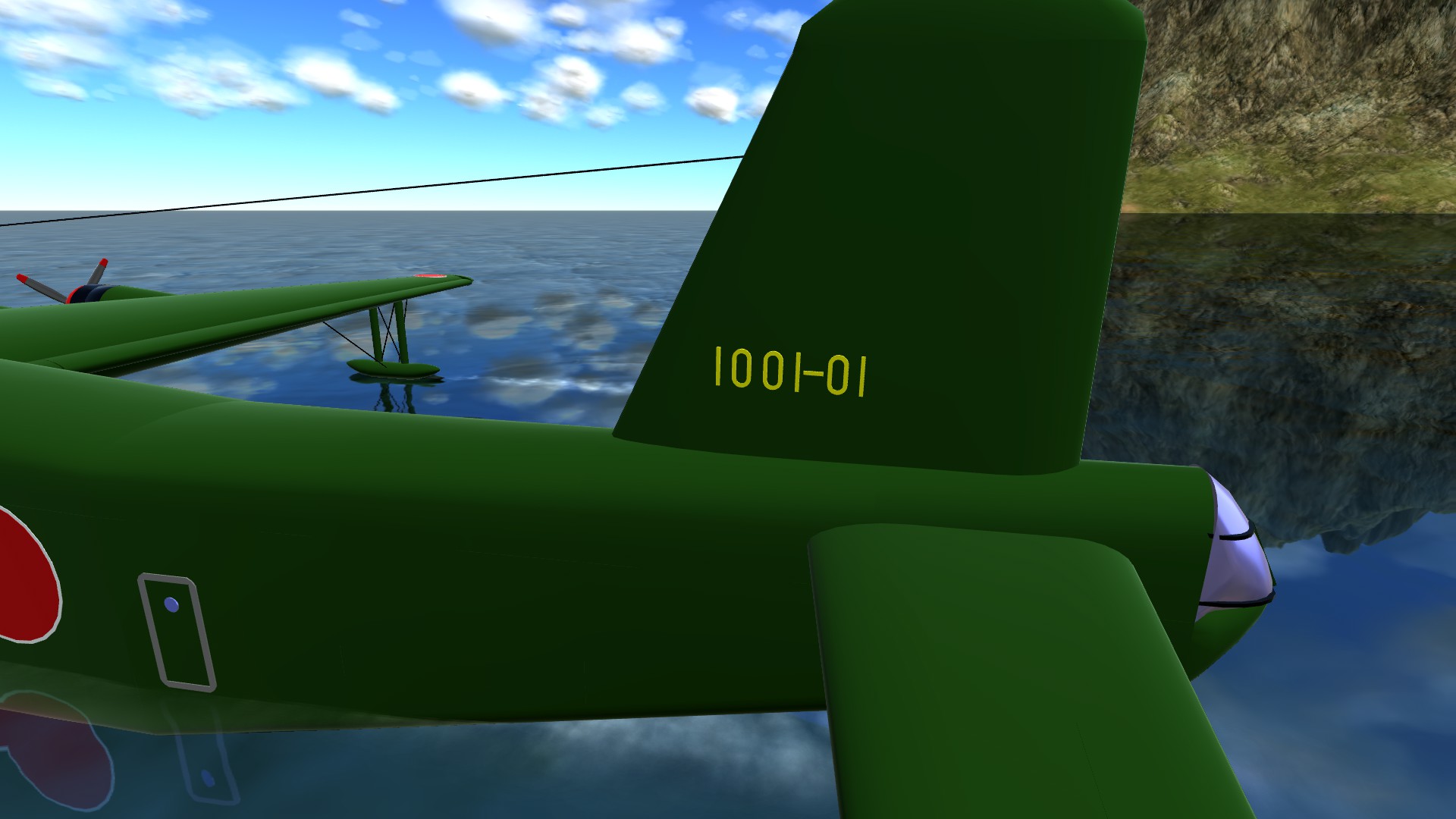 The 1001st squadron was the primary transport squadron of the IJNAF, it belongs to the 101st Aviation Fleet. Historically they operated aircrafts like the Type 100 Transport aircraft, H8K "Emily" Type 2 flying boat and other transport aircrafts.
This particular aircraft bears the number 1 aircraft pennant.

Controls:
AG1: Bow gate; releases Truck #1 after 5 seconds; unlocks landing ramp.
AG2: Fowler flap extend; unlocks flap angle
AG3: Fowler flap down.
AG4: Left engine throttle control engage (not that Zero On Deactivate is off, so if you turn off this AG the engine will be stuck at the current power setting)
AG5: Right engine throttle control engage
AG6: Truck #2 release and control on
AG7: Truck #3 release and control on
AG8: Truck #1 control on (since this is default at ON I can't let it release the truck.

VTOL: propeller pitch/ truck throttle. The max RPM is 3000 so make sure you don't destroy your engines.
Trim: Landing ramp position. It will zero on deactivating AG1 (the gate) so don't worry about forgetting to retract it. 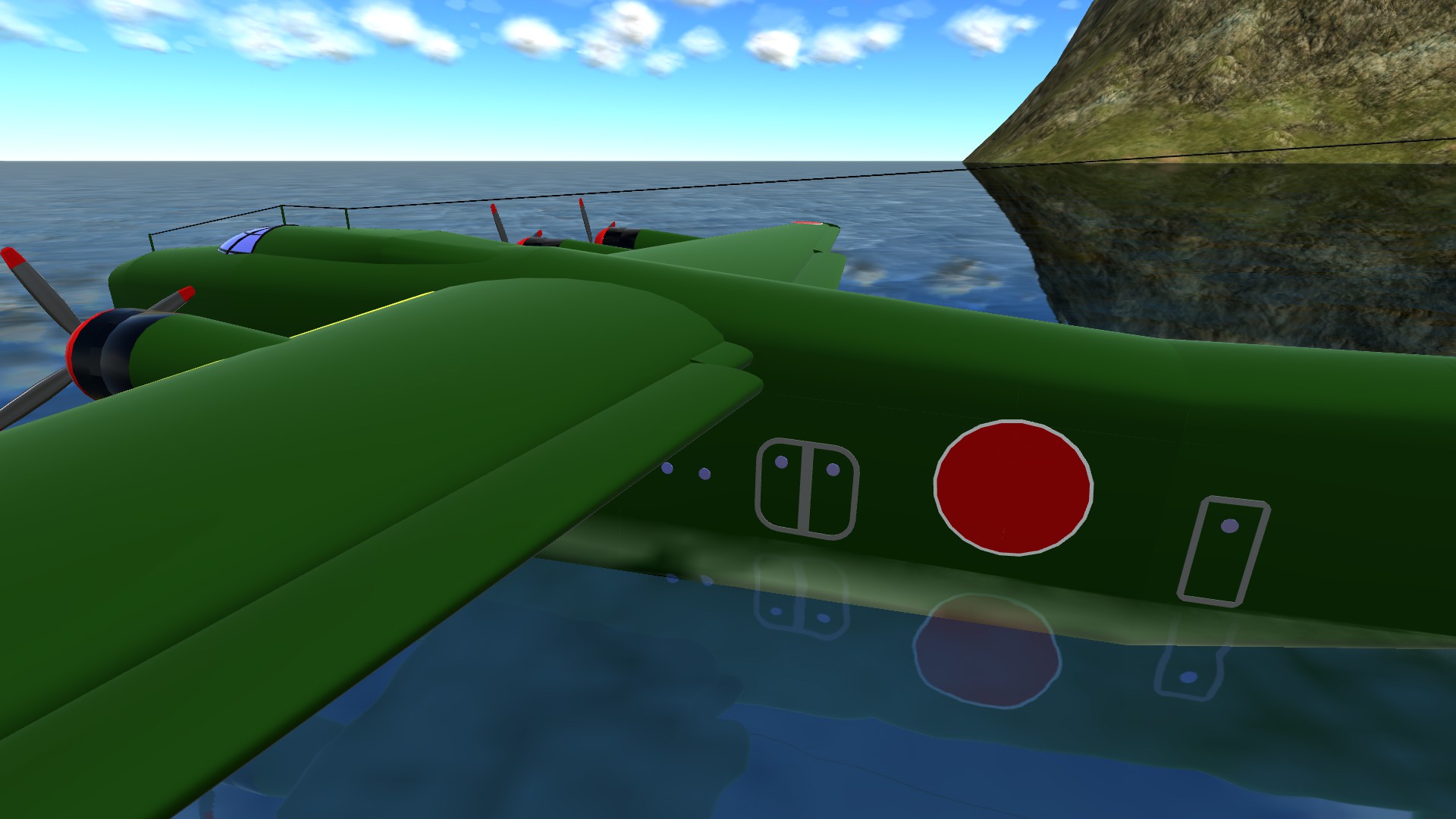 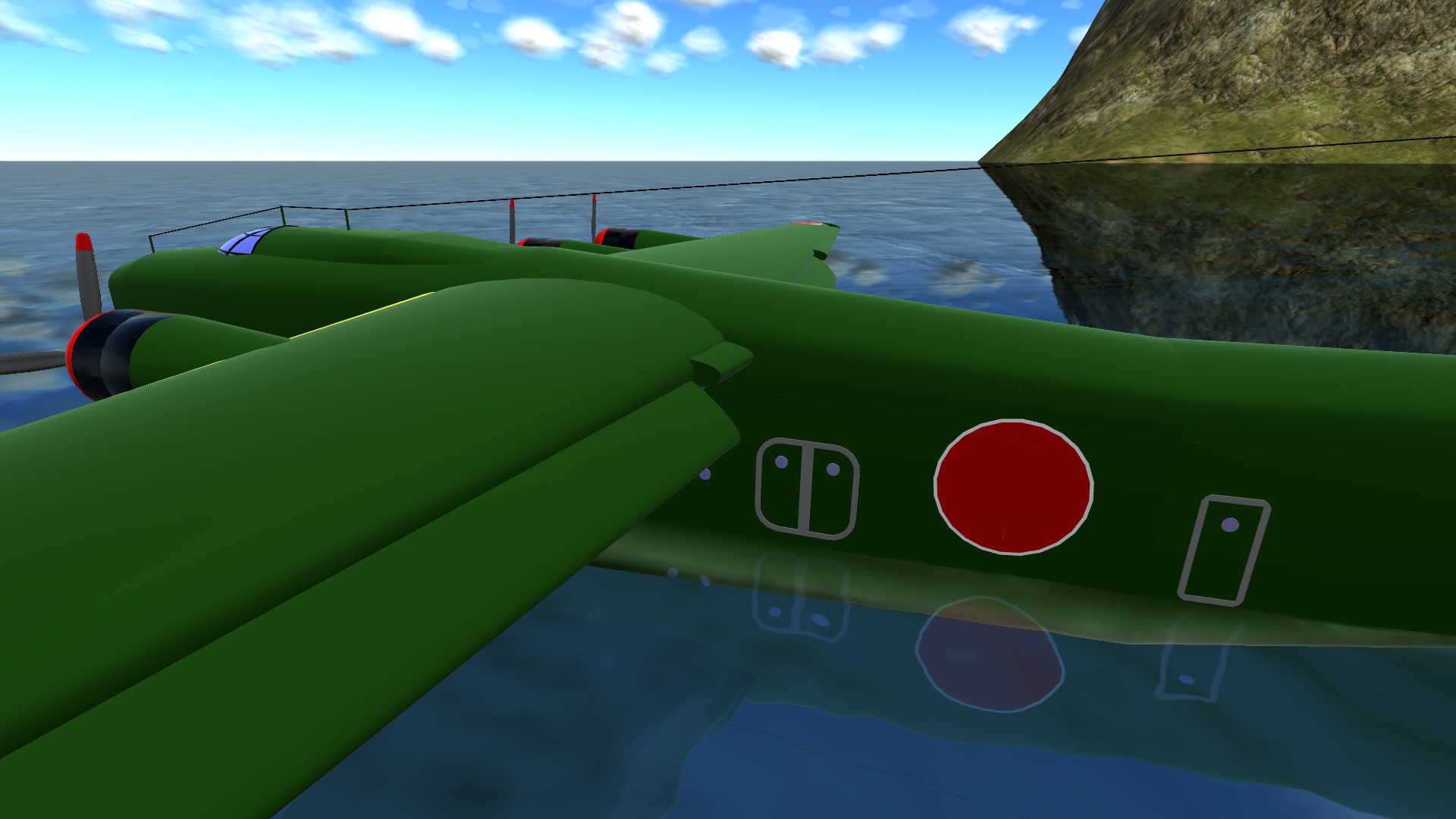 ^Fowler flap in "down" position

the plane flies faster than history but it can't be helped. if I don't increase the power it won't be able to take off in SP's water physics.

Always takeoff and land with full flaps, and do not touchdown at above 210 km/h (130 mph)
do not sail above 100 km/h (60mph) when not intending to take off.
Do not exceed 50 degrees climb angle, this could cause the plane to go into deep, unrecoverable stall.

When taking off, after lifting to like 9m (27-30 feet) altitude, return your elevator to center slowly. this would let the tail generate less drag from water and allow the plane to actually take off. 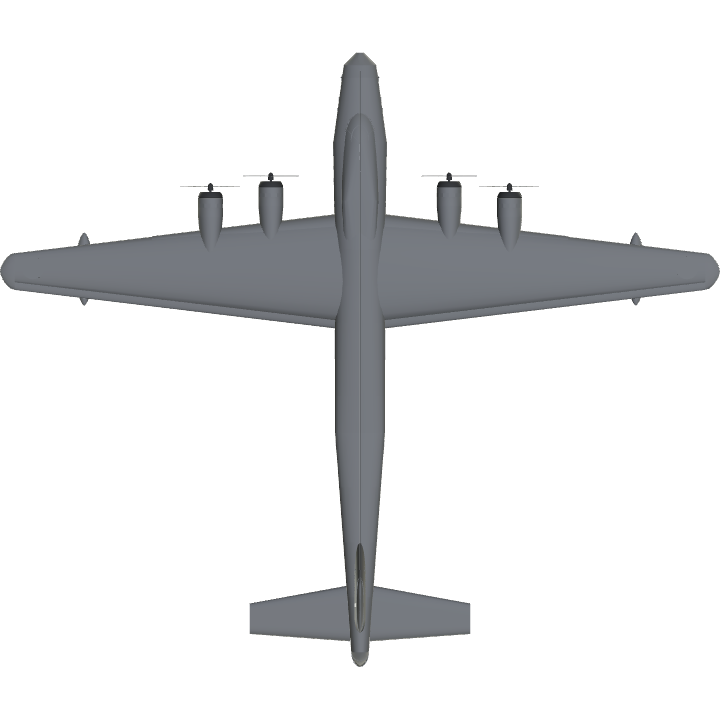 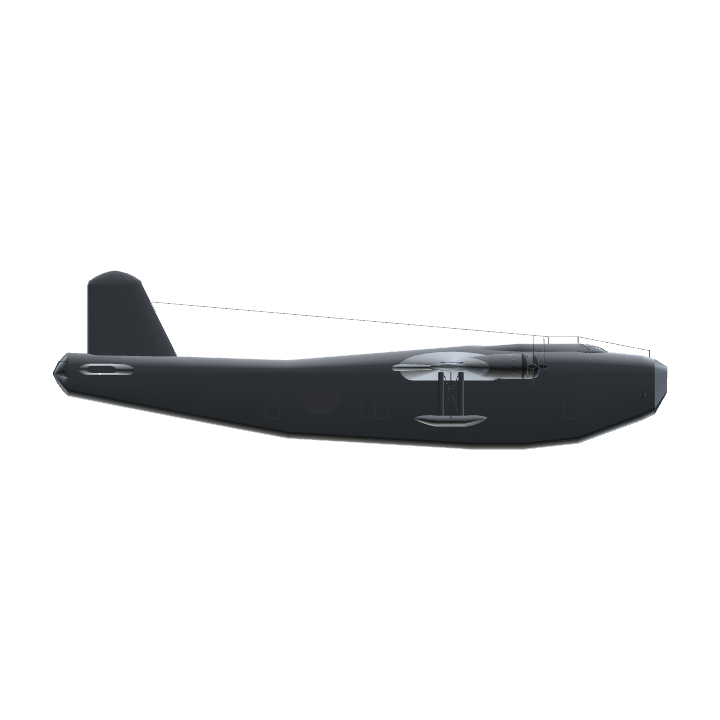 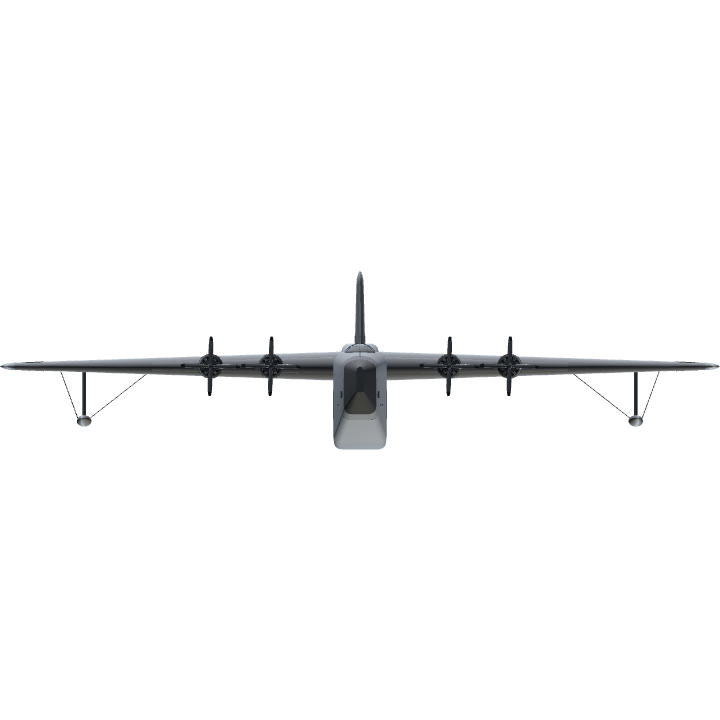