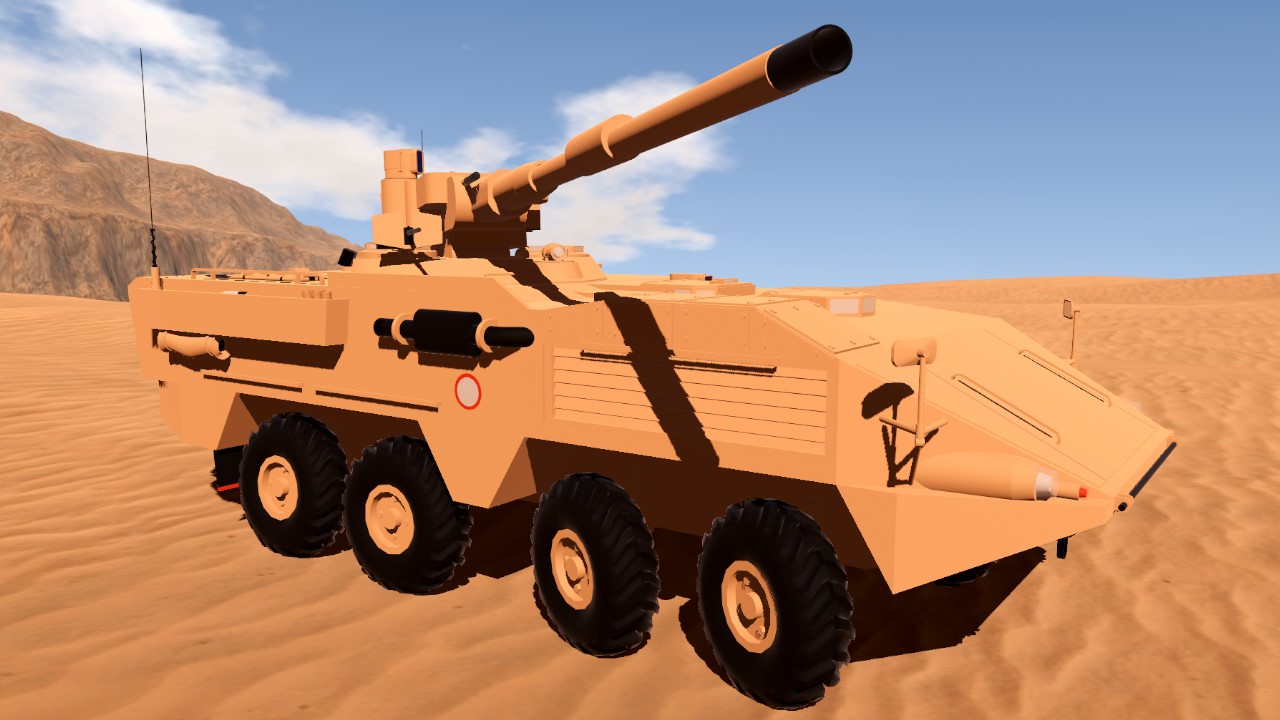 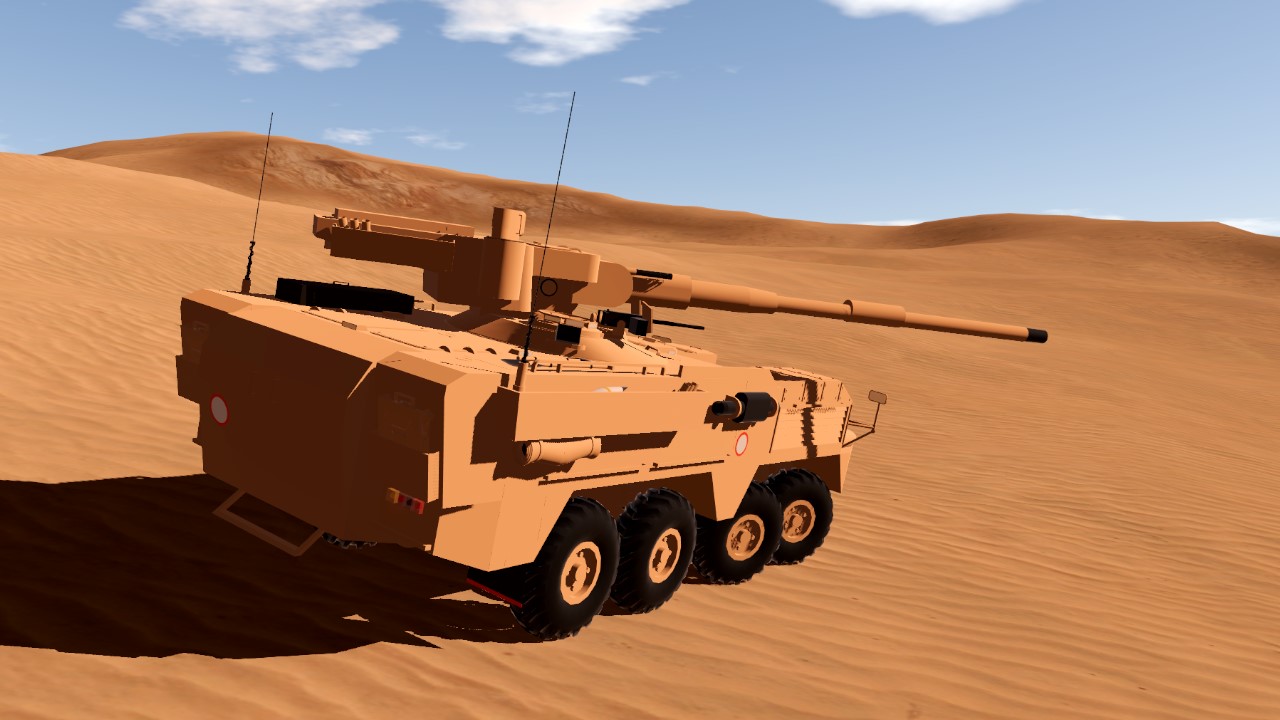 This is a slightly updated and improved version of the 'AT-8' I uploaded a while ago.

Description:
This is the Eastern Federation’s AT-8 ‘Vautour’ SPG. Designed to function as a hybrid between a tank-destroyer, mobile gun system, and an armoured personnel carrier, the Vautour is a extremely versatile platform. Her two diesel engines produced a combined output of 900 Hp which is distributed among an 8x8 drive system. This propulsion system, along with the AT-8’s full independent suspension and 4-wheel steering, gives the AT-8 great off-road capacity.

(Note: due to limitations in the game which I can not work around, the VTOL slider can be moved up / down further than the gun can aim when the AT-8 is horizontal. This is so that you can still aim down when trying to shoot down a hill.) 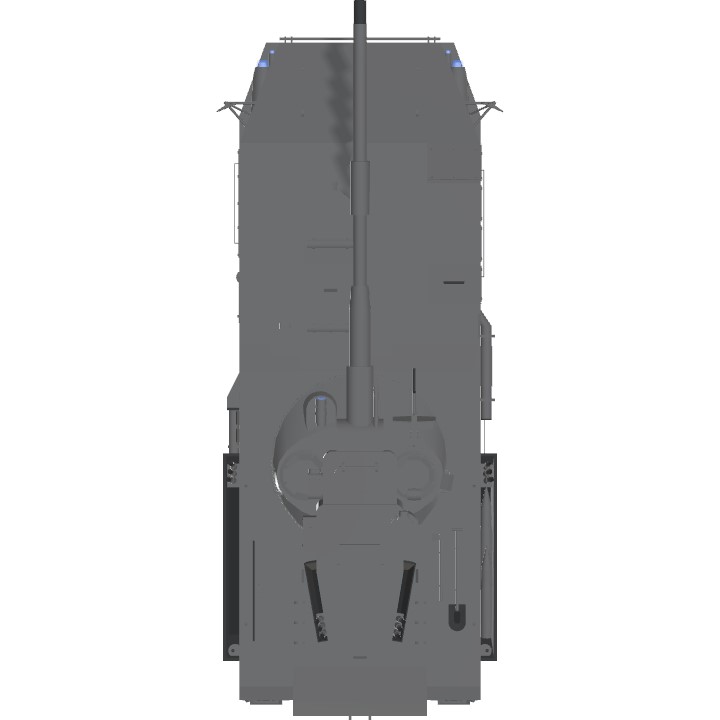 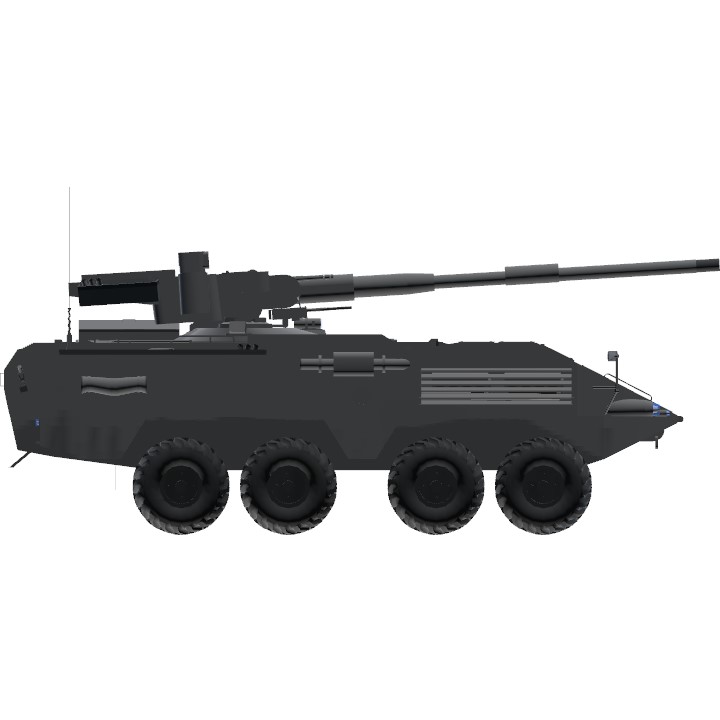 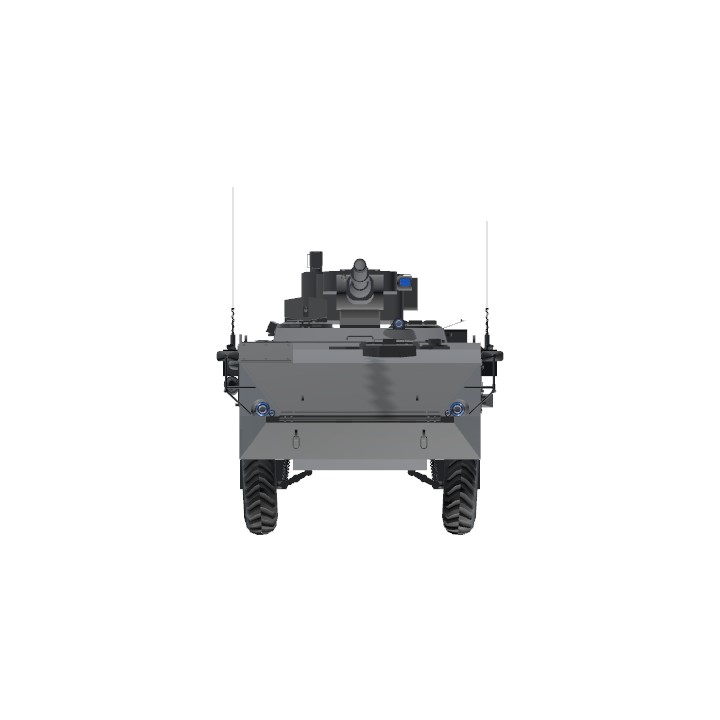